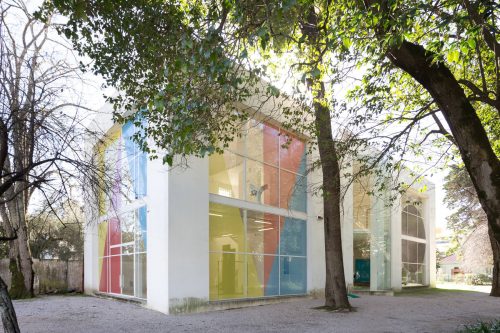 The intention of Prospecto, from its inception, was to bring to the fore the political dimension of the writer, artist, designer and social reformer William Morris, whose influence was striking in the latter half of nineteenth-century Britain. Departing from the texts of this author, and in particular from A Factory As It Might Be, André Guedes started by configuring a narrative space that reflects on certain universal notions such as work, freedom, justice and equality, echoing Morris’s legacy, his thoughts and records of material culture. It is not by chance that Guedes made use of a specific personality like Morris, inseparable from his political impact, to speak of the responsibility that artists can exercise as active thinkers of the present.

Etymologically, the Latin word prospectus refers to putting something in perspective or the positive expectation of something occurring. More precisely, it refers to the action of projecting into the future. Departing from this idea and at the end of 2012, André Guedes began a research and artistic project that took shape and gained new content through different projects, or “scenes”, and locations: Uma Assembleia de Pórticos / Uma Fábrica Como Poderia Ser [An Assembly of Porticoes / A Factory As It Might Be] (Fundación Botín, Santander, Spain, 2013); Os Tecidos Perguntam / Algumas Indicações para o Desenho de Padrões [The Fabrics Ask Questions / Some Indications for Pattern Design] (Galerie Crèvecoeur, Paris, 2013); Prospecto: Cena III, Intervalo e Cena IV [Prospect: Scene III, Interval and Scene IV] (CAM / Fundação Calouste Gulbenkian, 2013). These projects have been revised and are presented together for the first time in the current exhibition at the Pavilhão Branco: Prospecto. Princípio, Meio e Ultimação [Prospectus: Beginning, Middle and Finishing].

Each of these “periods” or projects incorporated a number of concrete, performative, documentary and discursive elements that the current exhibition now brings together in a new setting with an epilogue-like quality. The particular architectural space of the pavilion functions like a compact box, in the totality of which the artist has intervened: from top to bottom, right to left and in the exterior space. It is in this sense that the character of Prospecto, now understood as a programme, acquires its full meaning. The guiding thread and material of the project is articulated around the textile factories of the Covilhã region, which represent and symbolize the social, economic and technological transformations of this region of Portugal. Since the 17th century, the economic activity of Covilhã, located in the interior of the country near Serra da Estrela, has focused on the wool industry. With the passage of time, a strong image emerged and expanded alongside the productive capacity of Covilhã, incorporating prominent labour, community and associative traditions that little by little turned it into a factory town – “a Portuguese Manchester” – until the beginning of its decline in the late twentieth century.

Guedes found in this paradigmatic case an opportunity to take up the revolutionary ideas developed by Morris in his time with regards to the spheres of production, society and labour. His analysis encourages both academic research and a proactive artistic practice, the artist’s usual method of developing his work through recent works such as AIROTIV (2009), Diálogo Obliquo – Alma M. Karlin (2011) or Die Wiederherstellung des Geistes (2015).

The subtitle of the project – Princípio, Meio e Ultimação [Beginning, Middle and Finishing] – alludes to the successive development of this project over time, as well as to the different phases of textile production that served as a leitmotif for this work. Fabrics were carefully selected by the artist from several factories in the Covilhã region that closed at the end of the twentieth-century, which act as elements in some of the sculptural compositions, whether as active entities or symbolic ones, capable of provoking a discourse on memory and on social and identity transformations within the scope of work dynamics. Such is the case in the performance Os Tecidos Perguntam (Cena II) in which a series of dialogues on the political struggles and social demands of the region from which they come are dramatized.

Other devices – such as texts, photographic archives, historical documents, sculptures or the film installation Planalto / Círculo Aberto Ritmo Liberto (Cena III) [Plateau / Open Circle Free Rhythm (Scene III)] – are included as elements in a work that can be read as a theatrical staging in space, simultaneous and choral. The incorporation of the video poem Poética dos Meios by the poet, visual artist and textile engineer E.M. de Melo e Castro – previously invoked in scenes III and IV – also functions as a unifying element, bringing the disciplines of art and industry together with ideas of production, utopia and progress.

Prospecto. Princípio, Meio e Ultimação [Prospectus: Beginning, Middle and Finishing] aims to stimulate poetic or experiential tensions in the visitors through the presented works but also through the spatial grammar of the exhibition itself. André Guedes’ work, or rather, the way in which the artist conceives and interrelates each element and each piece, allows for fluid and open readings, insisting on dialogical processes over possible partial interpretations of each individual work. It is from here that this critical and open view of their supposed unchanging status arises, favouring new configurations and narratives that compel us to take sides as active individuals in the complex present. 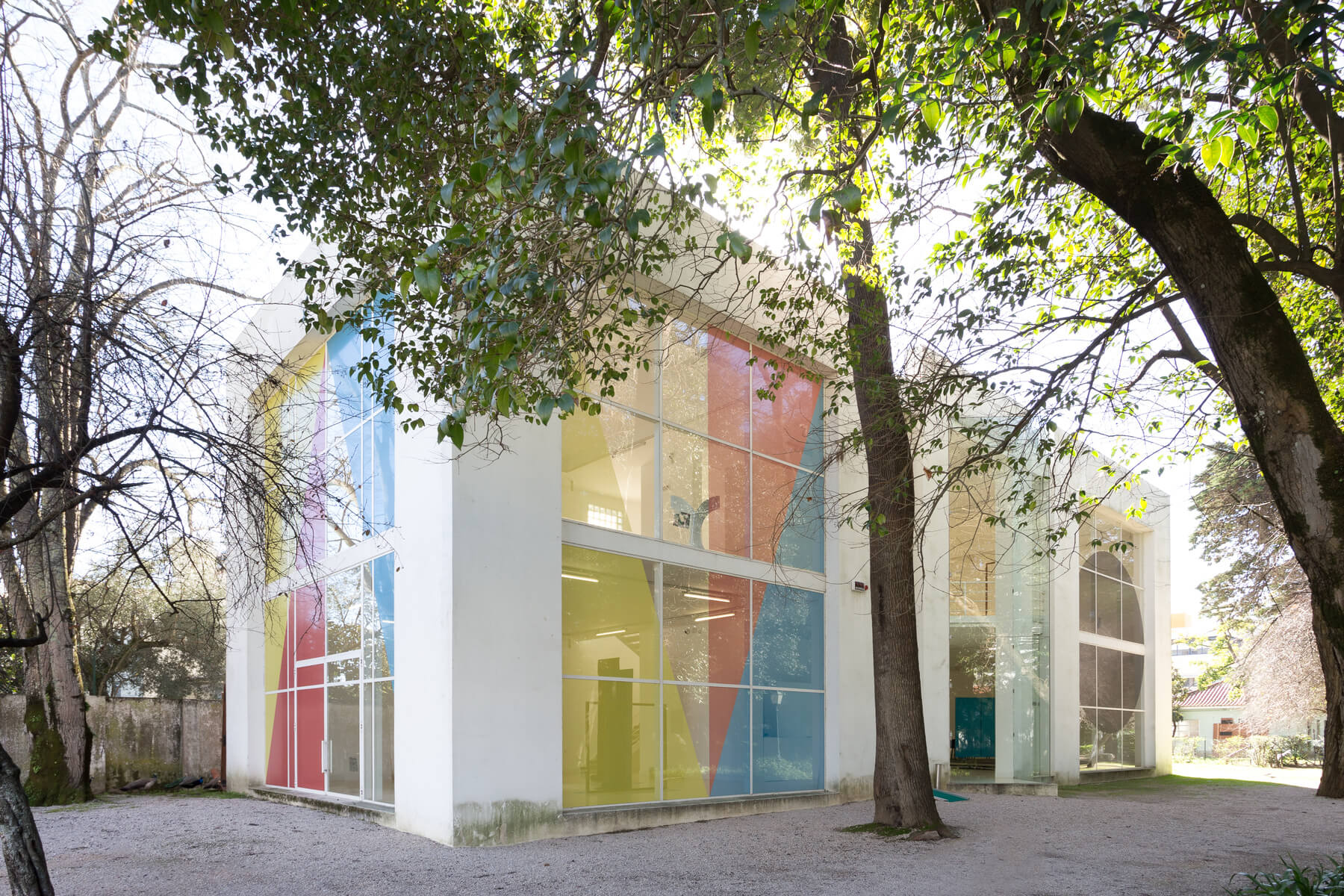 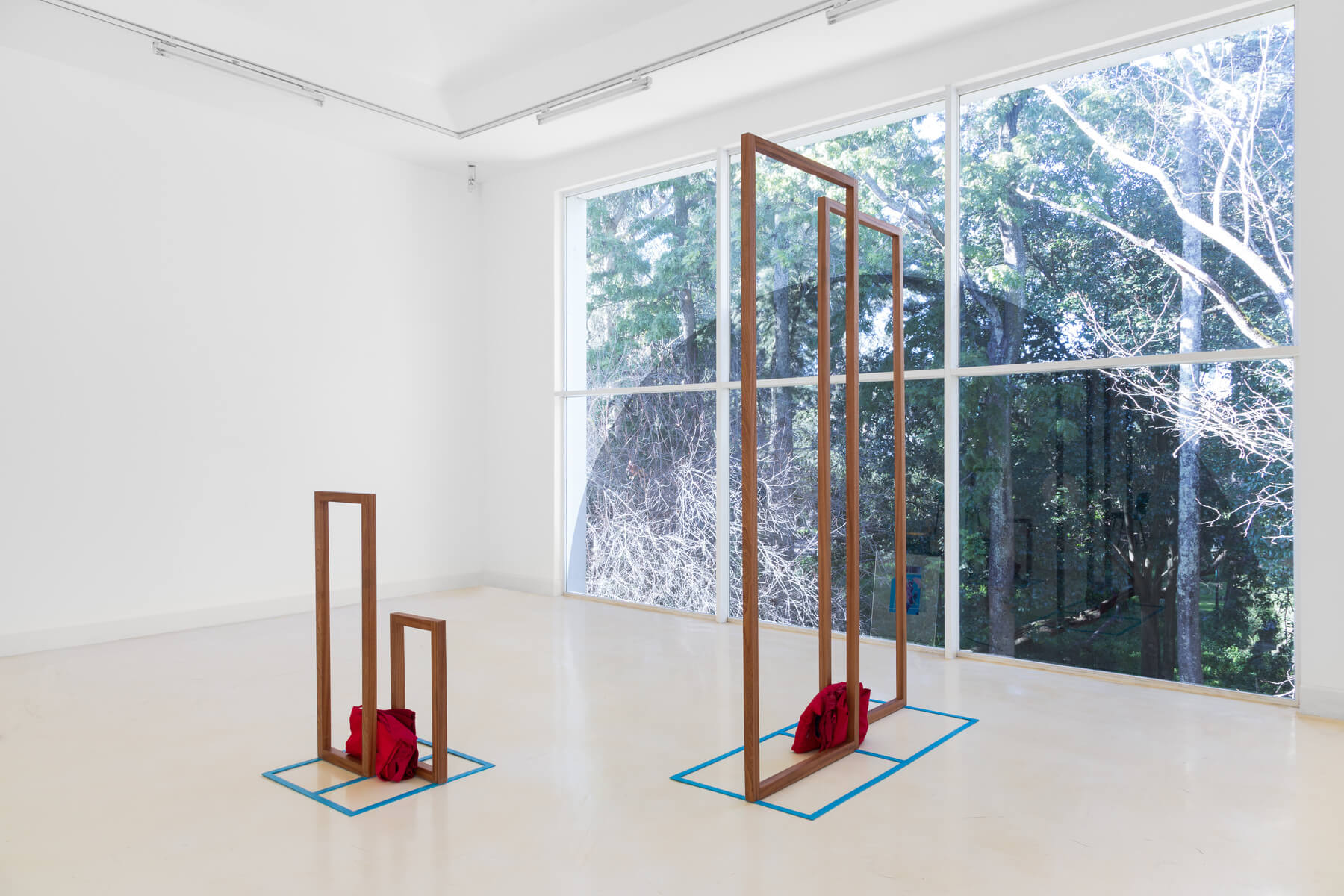 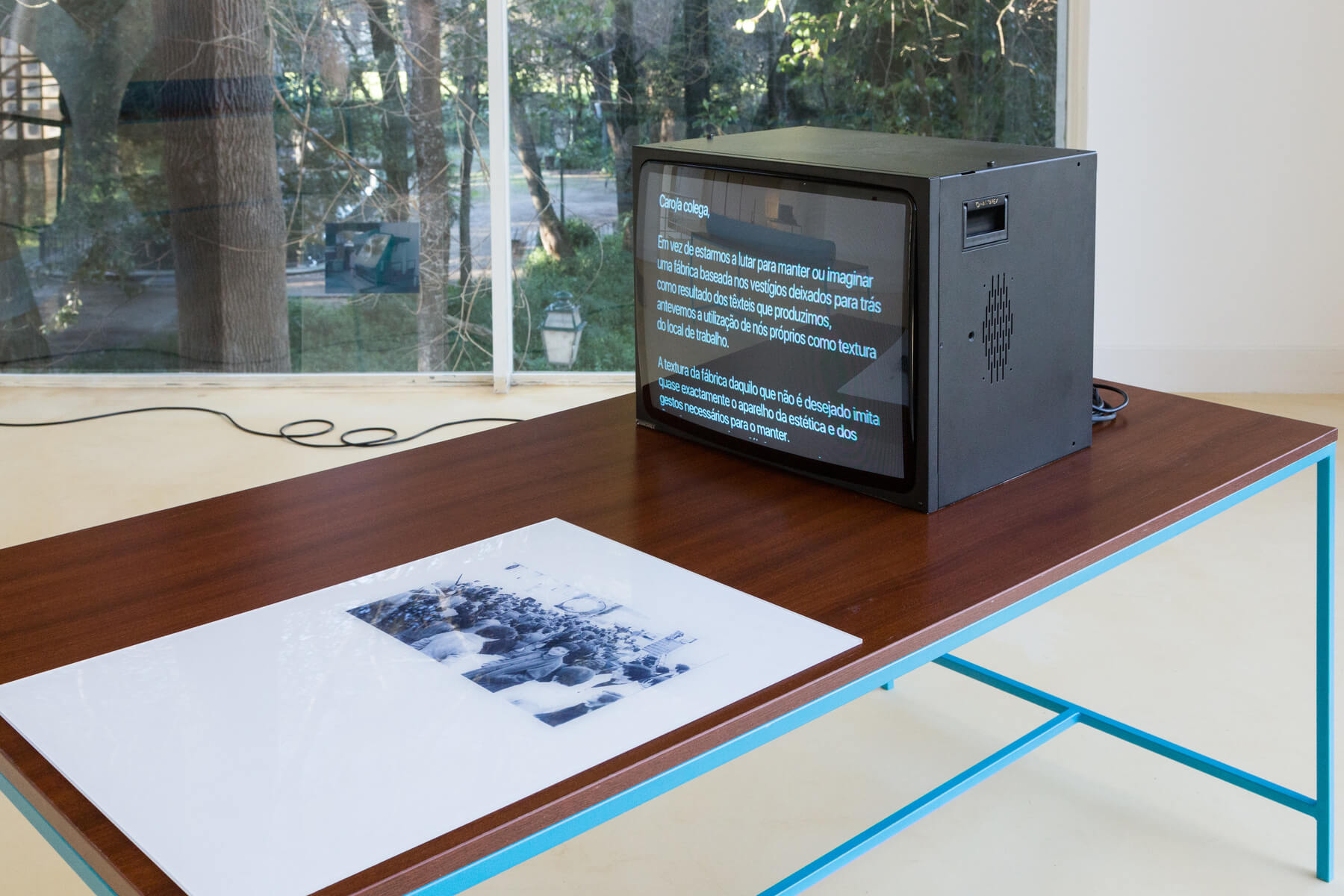 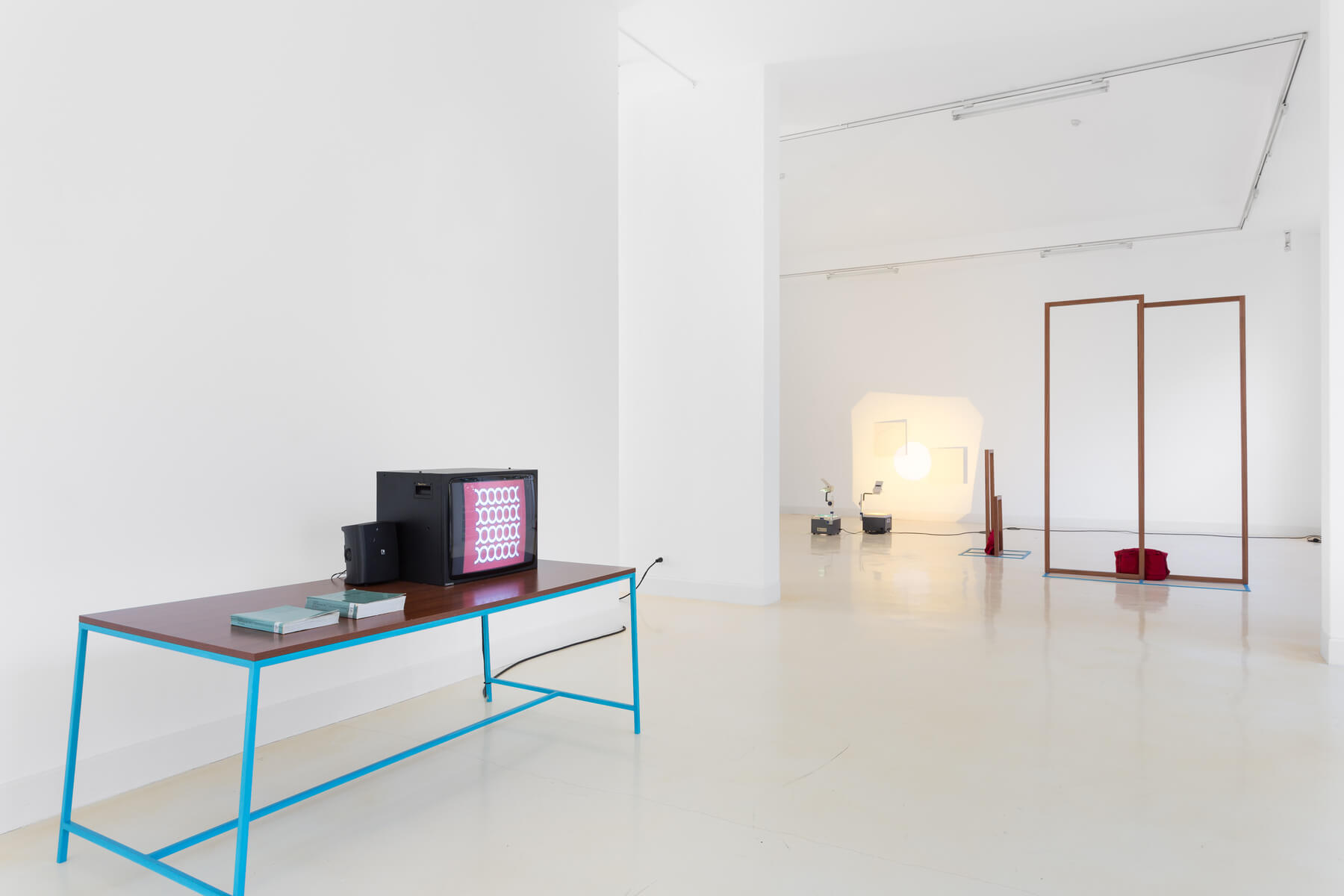 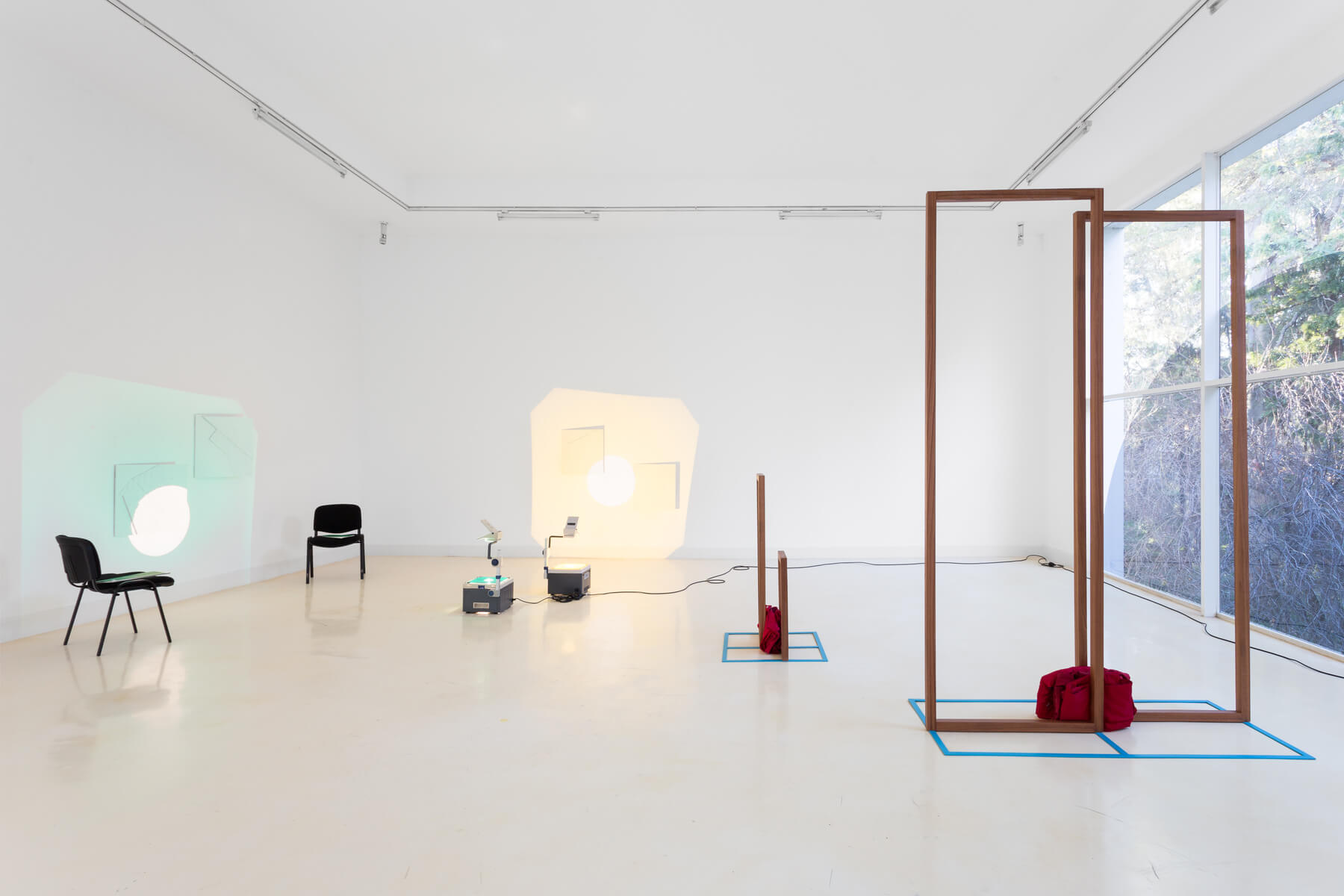 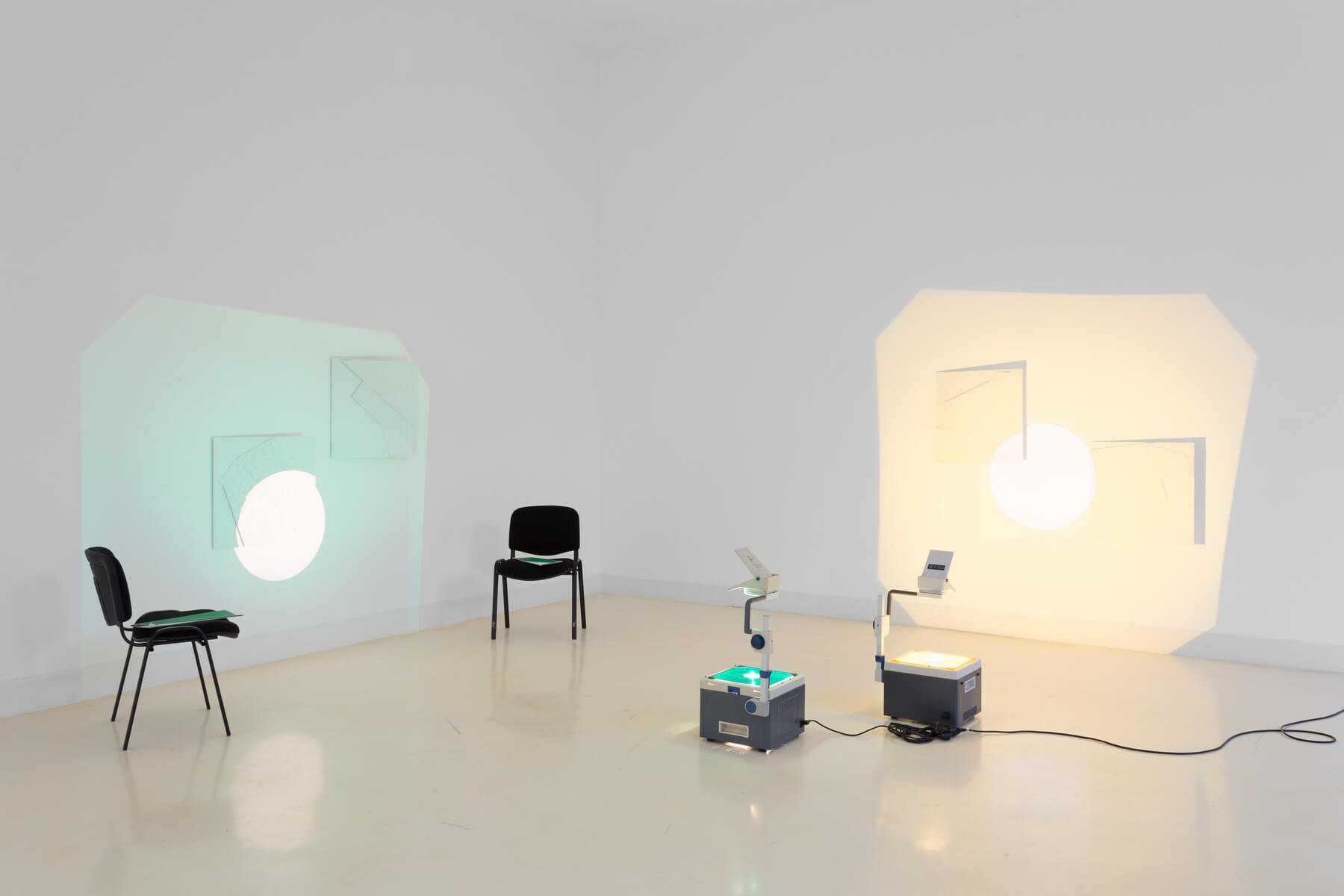 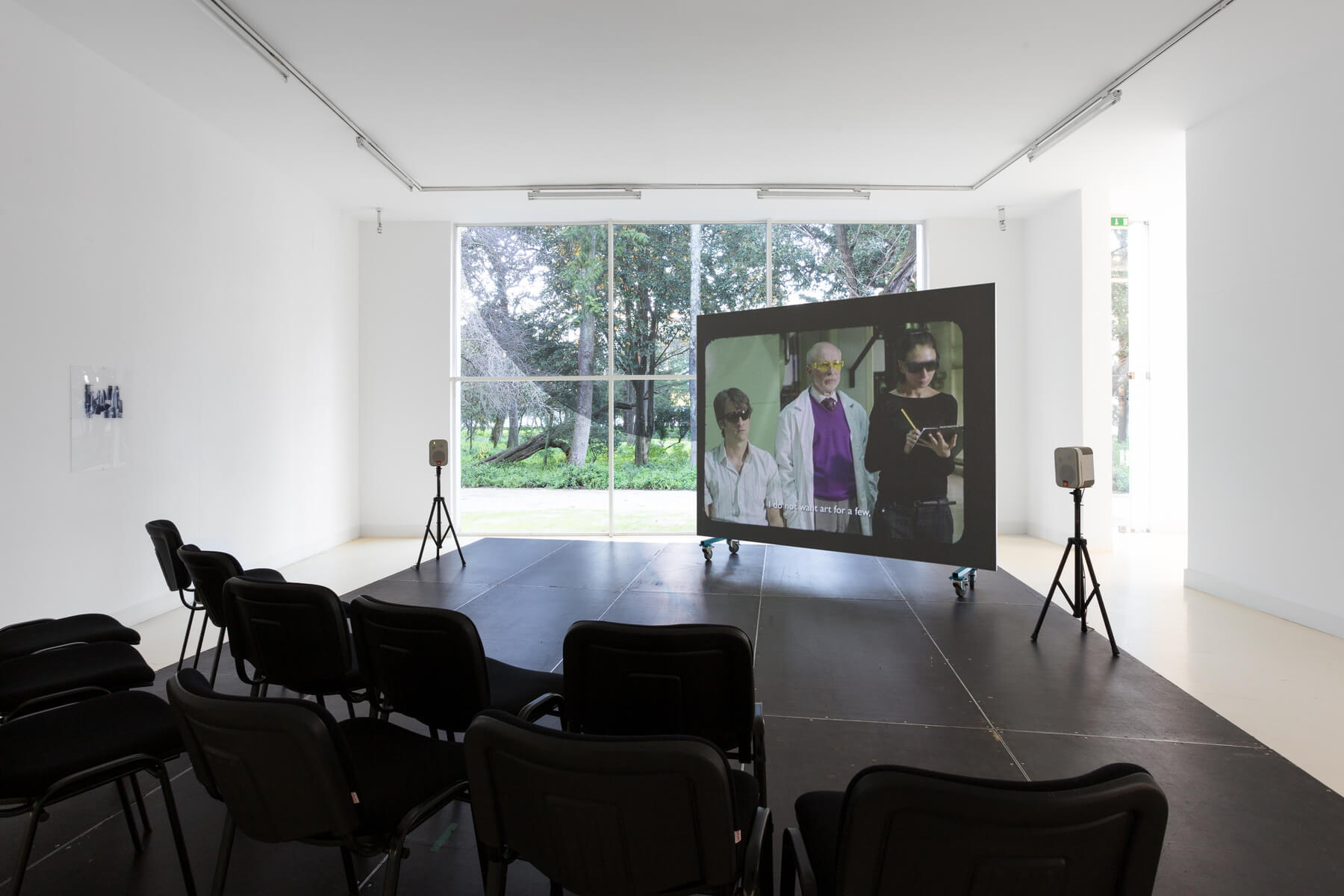 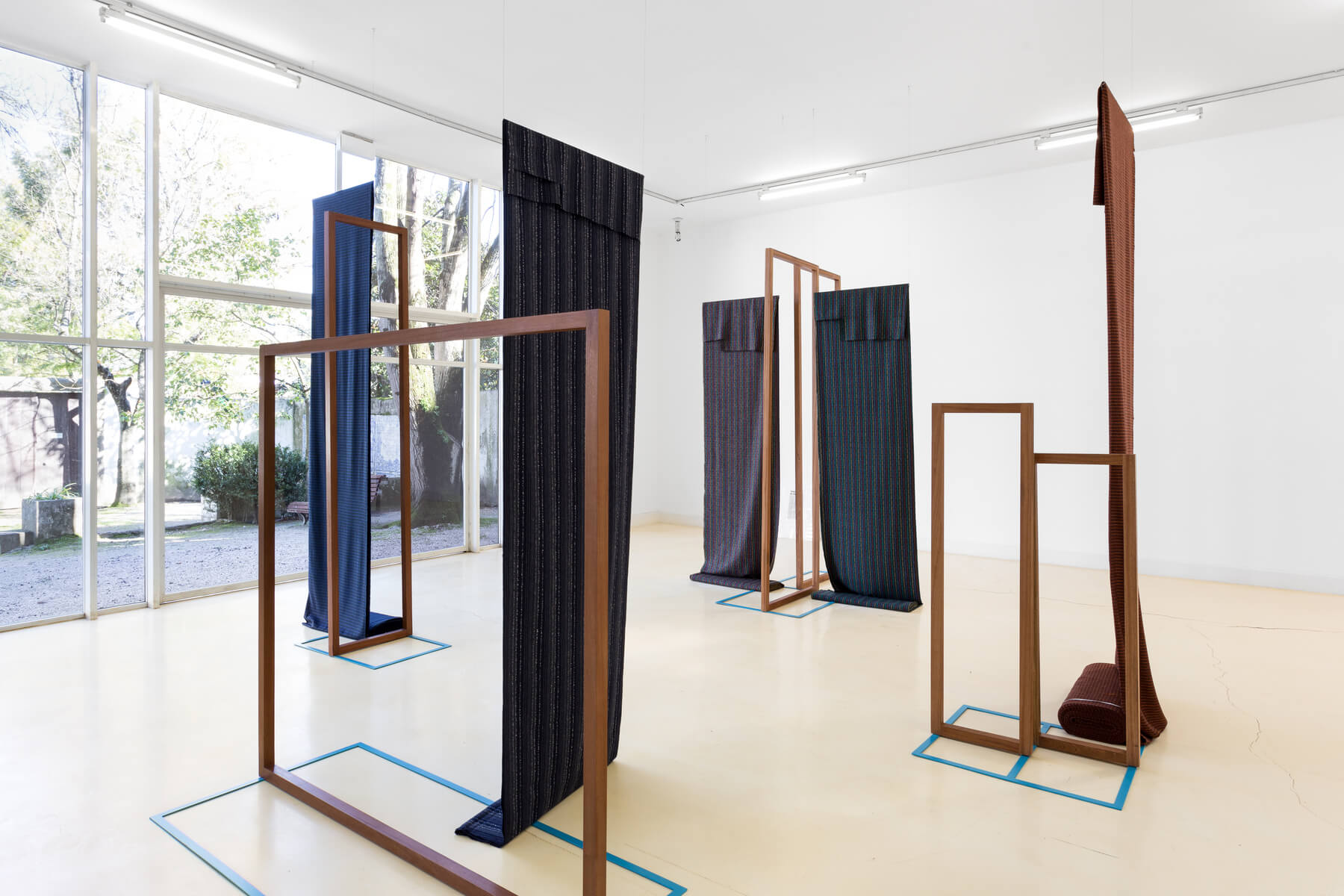