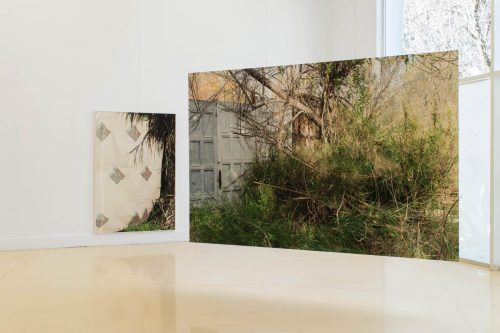 This exhibition presented by Catarina Botelho at Pavilhão Branco comprises a photographic series and a film projection, both reflections on the contemporary experience of time, the fluid condition of urban space, the disruption of the organizational logics that regulate it, and counter-narratives that grasp the emergence of forgotten and invisible possibilities of urban existence. At its fulcrum, then, are the human and landscape-oriented forms of resistance in cities at a time obsessed with economic growth.

Something in between brings together several image nuclei, which above all, position us in front of marginal landscapes, including compositions depicting settlements in the periphery and in urban centers, alike. Vacant lots stand out among the first group of photographs, functioning as a counter-imaginary to the neoliberal city, which is planned to maximize certain notions of activity and efficiency. They are crude spaces, occupied by trees, shrubs, and reeds, where you can see heaps of materials and the wreckage of abandoned furniture, collages of multiple textures and colors, accumulations of coverings and walls made with objects found here and there – precarious constructions of informal, clandestine architecture, marked by improvised and organic growth. Mostly they constitute open planes in the landscape, but sometimes there is a counterpoint, when through improbable sculptural presences of closed planes, we see only formations of objects, remnants of occupations, notations of gestures and past actions, the gradual loss of memory.

These are not exactly empty, uninhabited, or unoccupied gaps – although we are not surprised by their occasional inhabitants, as we know that they are places of life and of encounters – but, they are undefined or undecided spaces, to recuperate Gilles Clément’s expression in Manifesto on the Third Landscape (2004), in which he refers to these places as devoid of utility and function. They are the adverse of the recognizable and orderly social spaces of the city, with its established functions and identity markers recognized by all, the domain of architecture that distinguishes and validates it, the residence of productive structures. This margin is a space that is not yet constrained; it a space where some freedom, flexibility, and mobility are the conditions of a reality that do not fit within the coordinates imposed on continuous sections of the city by the logics of organization and productivity, which function to erase or dilute any alternative perception of the city whenever possible. Maybe that is why this margin causes a sense of strangeness. Even if it poses no real danger, it can instill discomfort and fear, which tend to be the effects of difference and alterity, especially when a city formalizes itself, forgetting part of itself and its history, part of its population and its virtualities. Therefore, in a period characterized by normativity and the obsessive exploitation and management of economic values, these areas represent a possible hiatus in the city’s contemporary progress; they represent a space of contradiction and exception as a form of resistance, a projection of uncertain, expectant, and divergent possibilities. Therein lies their critical force and the potential of their imaginary.

Botelho’s works reflect on alternative ways of living in the city, both in her photographic attention to precarious constructions and temporary occupations, as well as in her film The time of things, in its analysis of the condition of the contemporary subject in the productivist regime, and the ways in which its pragmatic and utilitarian values try to instrumentalize and govern all planes of human life. One of the essential questions of Something In Between is the horizon of our existence within a form of socio-economic organization that is geared toward production and growth: how do we bypass the mindset that dominates life within the late modern society of labor, which does not leave space for other vital forms of human experience? Within this regime of the increasing acceleration of time, the abundance of informative communication, and the intensive exposure to stimuli, what Botelho proposes is a film of reflexive, poetic, and political intensity, in which the sequential timing of the images and their corresponding rhythms require the viewer’s attention and time. In this piece, the artist invests heavily in symbolic connections that are established between time and space, images and voice, situating us in a domestic space through the sounds of personal stories that describe an interior landscape. Within this framework, the manifestation of slow and unproductive time, the introspective nature of observation and thought, and the experience of living in the here and now, are essentially figures of refusal; this brings us back to the sensitive dimension of experience and the psychological and existential tensions inherent to it. This dimension is never far from the idea of the city as a place of appreciation and inclusive acceptance of its inhabitants – a living testimony of their efforts and dreams. 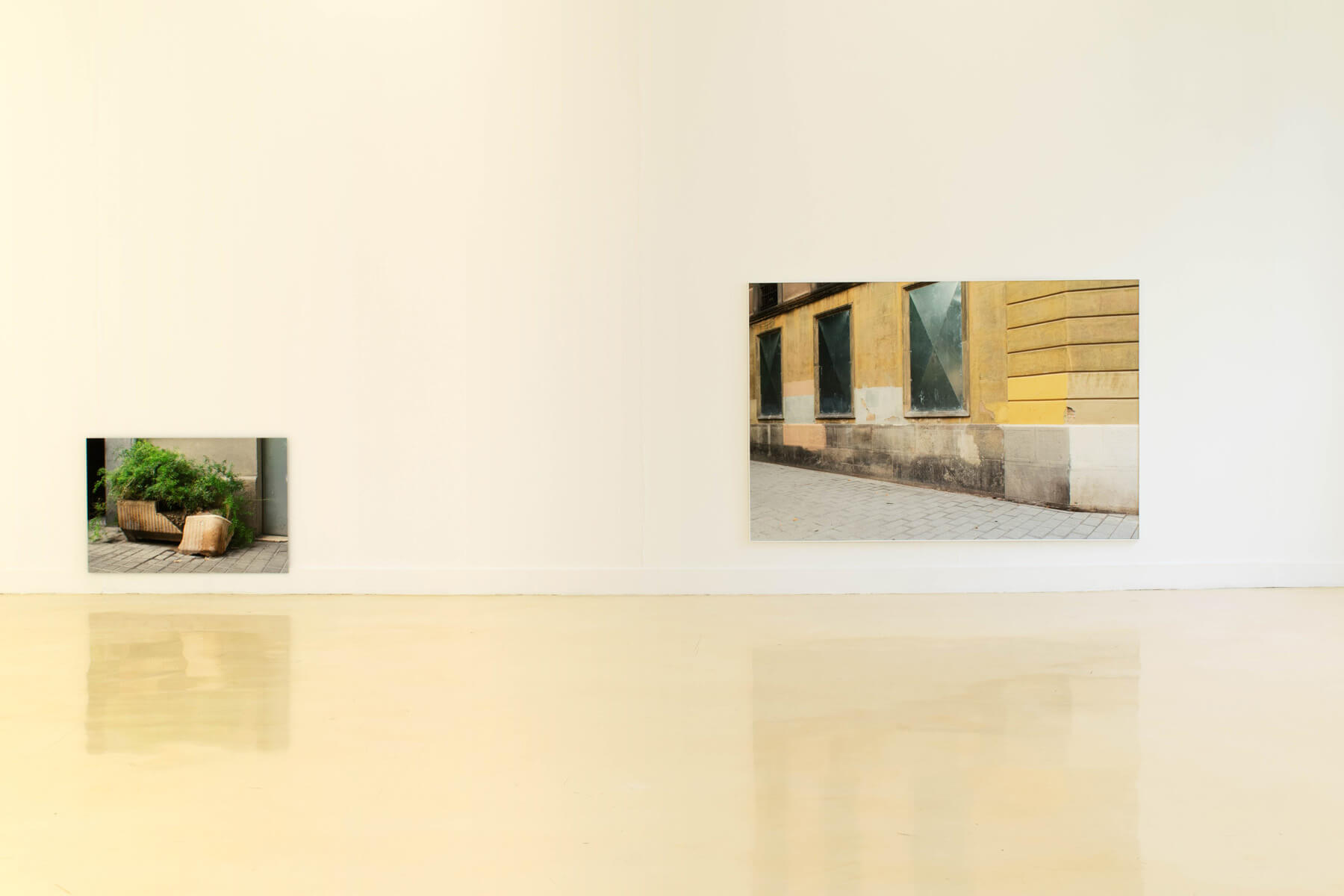 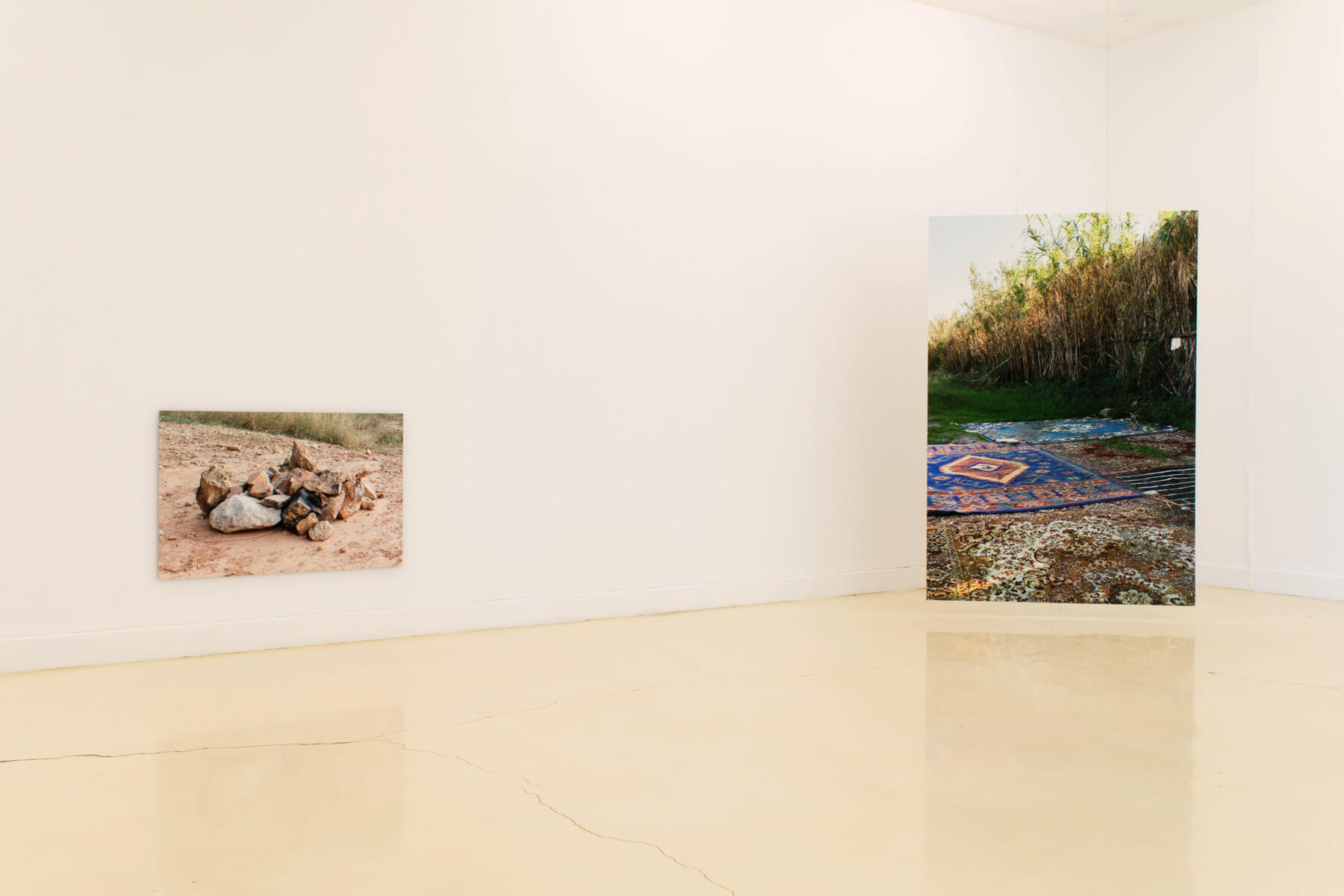 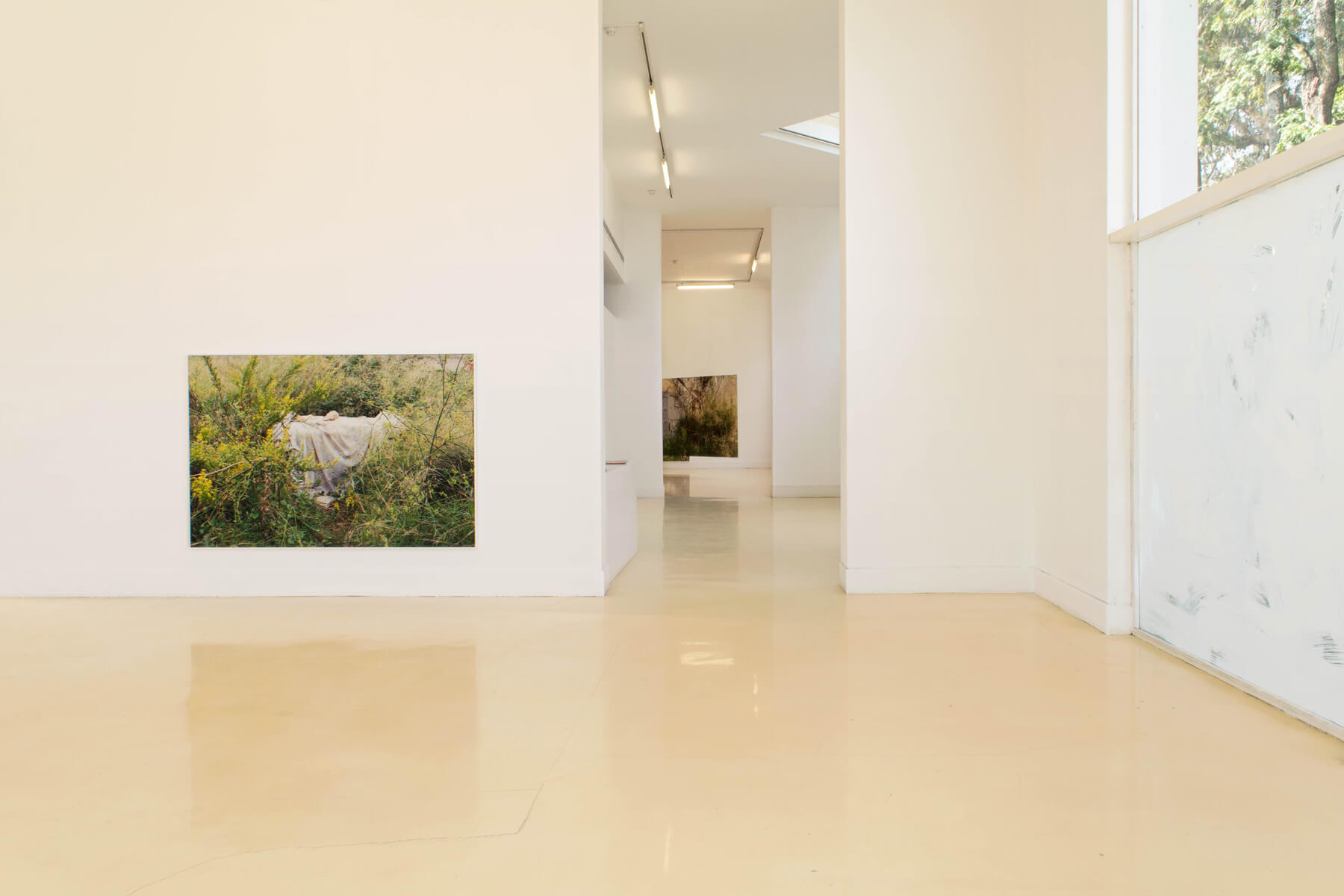