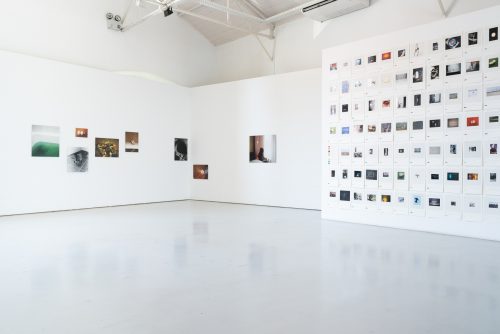 Hélice is an association formed in 2015 by Duarte Amaral Netto, João Paulo Serafim, Rodrigo Tavarela Peixoto and Valter Ventura. The work of the collective began by chance, when occupying a shared studio, and transformed itself into the construction of a space for reflection, creation, teaching and editing of photography, offering annual and short-term courses in different domains of the field; free portfolio readings; exhibitions of students participating in long-term courses; a bi-annual thematic publication (PROPELLER) with guest authors and following an open call.

Hélice has been developing the SPECTRUM project since 2018 with an exhibition at the Emmerico Nunes Cultural Centre in Sines that was accompanied by conferences, film cycle and workshop. The exhibition was subsequently presented during the Month of Photography in Barreiro the same year. In addition to its other activities, Hélice created Helice_press for the edition of photography books. During 2021 the collective published Spectrum – É a poeira que torna o feixe de luz visível.

The exhibition Spectrum at Galerias Municipais provides an overview of the collective’s activities into the present. Questions and topics that are central to the collective production of a photography archive (SPECTRUM) and a magazine (PROPELLER) are featured in this exhibition. In our information era, predominantly influenced by electronic media and digital image production, the dialogue with photography and its collective production takes place primarily via social media platforms on the Internet. Working collectively for Hélice means that none of the initial ideas that any one of its members brings to the table will be fulfilled. At the end of a process of debate, research and sharing, instead something emerges that could only be born from the synthesis of four individual ideas that are keen to embark on a territory of common proliferation and evolution. How does this discussion develop within the analogue exhibition space? What can participants gain as an experience when contributing to an image atlas or a heterogeneous artist edition publication? Hélice has organized an exhibition featuring two strands of its activity, presenting work developed in recent years.

1. SPECTRUM – On the operation of clocks and other patterns
If previously SPECTRUM was dedicated to questions around light, its magical, electromagnetic, phantasmagorical or poetic aspect, now the archive is drawn towards another pillar of photographic thought: time. As before, this interest should not be understood from a merely etymological point of view. Here time is more than chronology, it is relativized in the photographic diachronic: the collective is interested in fixed and immutable instants, suspended in time and space that no longer exist, and where time has a name – Duration. Duration as a perennial feeling that resists within small things; thought of in connection with Henri Bergson but above all with Peter Handke who wrote: “This duration what was it? Was it an interval of time? Something measurable? A certitude? No, duration was a feeling, the most fleeting of all feelings, more swiftly past than the blink of an eye, unpredictable, uncontrollable, impalpable, immeasurable.” (Peter Handke; To duration; Trad. Scott Abott; Cannon Magazine No. 4)

Taking the form of a carousel in infinite movement and circulating between production, archiving, selection and editing, SPECTRUM aggregates the four photographers that compose Hélice in a common body of production, discussion, and creative action. For this incarnation of the SPECTRUM project a series of contributors have been invited to the archive, which continues under permanent construction: Carlos Lobo, Diogo Bento, Fernando Marante, Garcez da Silva, Humberto Brito, Katerina Poliacikova, Manuela Marques, Oleksandr Lyashchenko, Pedro Tropa, Sofia Silva, and Soraya Vasconcelos. Each of the photographers who generously collaborated with Hélice for this exhibition was asked to make a selection of images, referring to that place in time that has Duration as its motto, yet without any obligation to give meaning to that place. Viewers find no narrative in the sequential sense of the word, but there is a delimitation of a territory of affection that is intended to articulate the importance of that feeling of duration and of photography as a form of persistence.
SPECTRUM derives from a hypothesis about the archive as a method to infinitely answer all questions. Imagine Jorge Luis Borges’ Library of Babel: a structure storing every possible combination of letters of the alphabet, i.e. containing all the literary works in the world, including those not yet written, or even imagined. By joining the archives (all photographers inevitably create one) of Hélice, images have accumulated that have since lost their authorship, reference, function, pretext or caption. Hundreds of recontextualized images allow for new readings, forming unprecedented relationships.

This permanent archive has several objectives: one of them is to offer a practical side and to enable a legacy of images that do not belong to anyone, allowing us to think and work together from a common territory to which we all contribute and which operates a disappearance of image authorship, permitting the collective thus to use the material in a free and uncompromised way. A second objective is related to the desire to blast relations between image and text, where image always runs the risk of appearing subordinate to the text. Throughout the archive, the collective intends the image to impose itself as a founding entity, with text appearing at its periphery. This permanent inconsistency of the archive also disconnects from the establishment of the exercise of power, making intelligible what is being archived: a useless archive when placed in an institutional perspective.

2. PROPELLER – Putting the zine in the Magazine
The exhibition also presents the editorial work developed during recent years for the PROPELLER magazine, coordinated by Sofia Silva, opening the possibility of considering the aggregator of a community that Hélice always intended to form. All the work developed for the publication series is exhibited, thus creating another form of visibility for the contents featured in the magazine:
#0 21/06/2017 – Pornography
#1 22/12/2017 – The stain
#2 22/06/2018 – Fiction
#3 20/02/2019 – Propaganda
The editions were conceived individually and, starting from the chosen themes and the available works, their physical appearance can be understood as a symbiosis between content and form. Each issue is characterized by individual production and the use of handcrafted solutions for binding, layout and printing. This modus turns each issue (editions vary between 100 and 200) into a unique object.

The exhibition Spectrum by Hélice at Galerias Municipais will be accompanied by a publication released in due course. 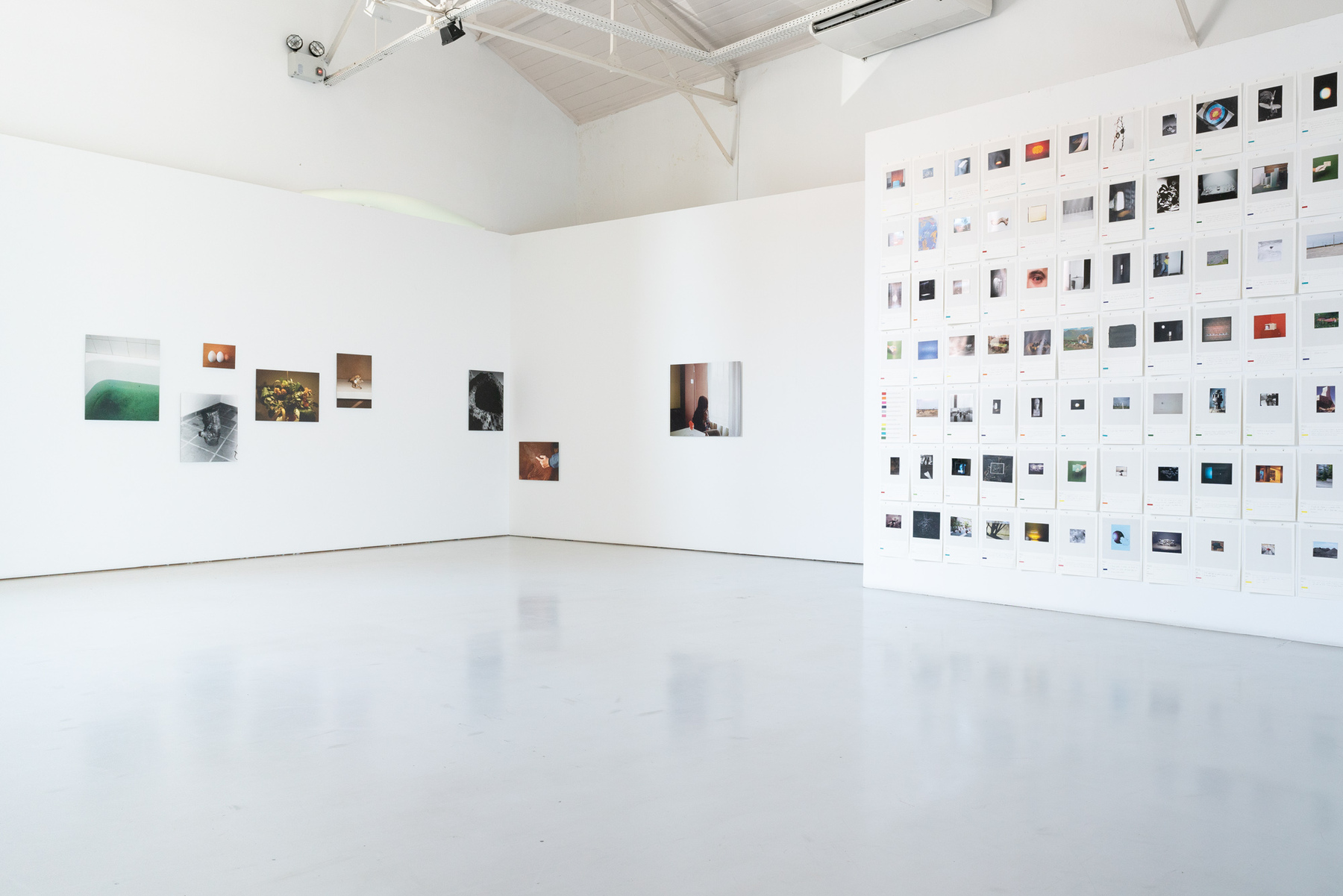 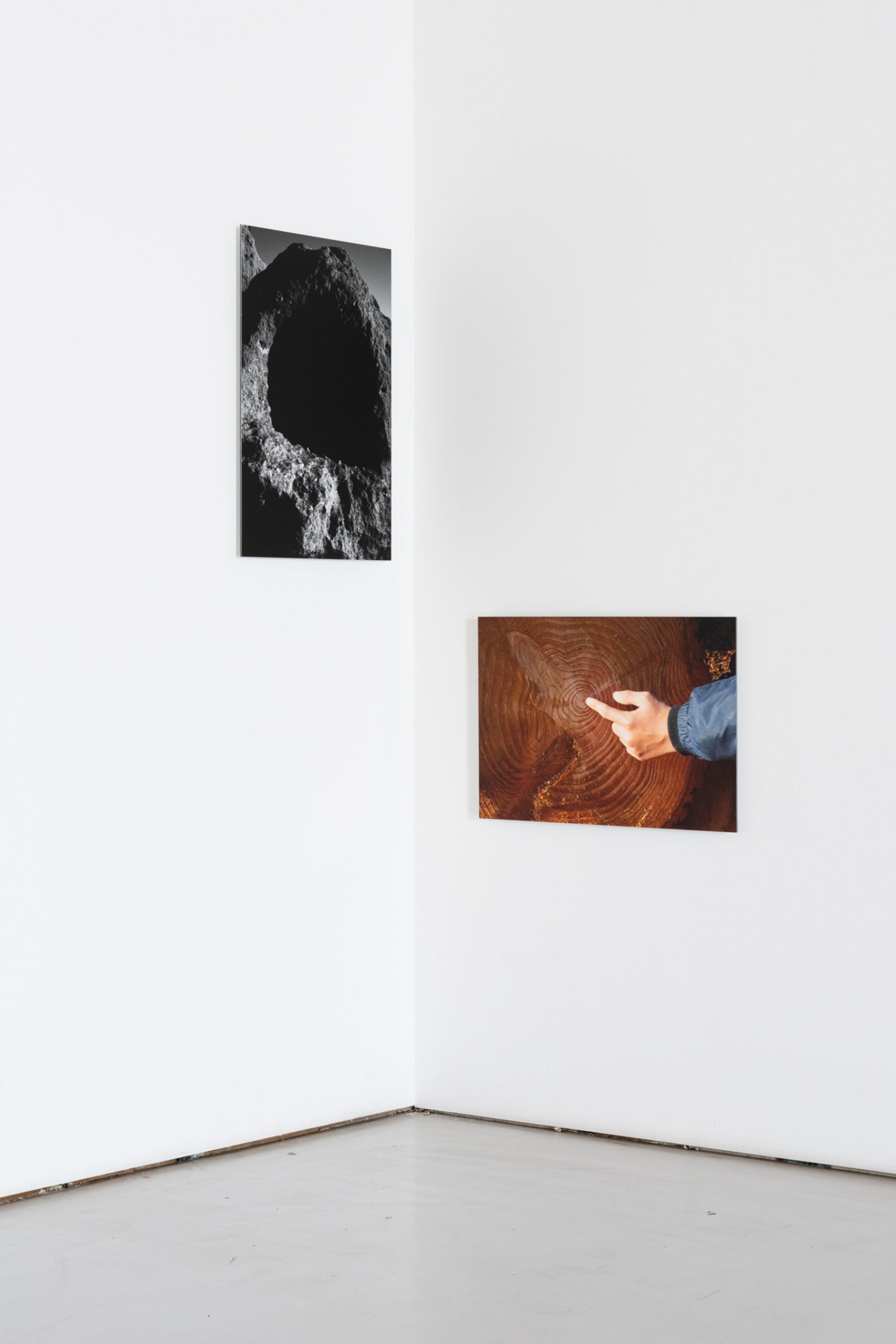 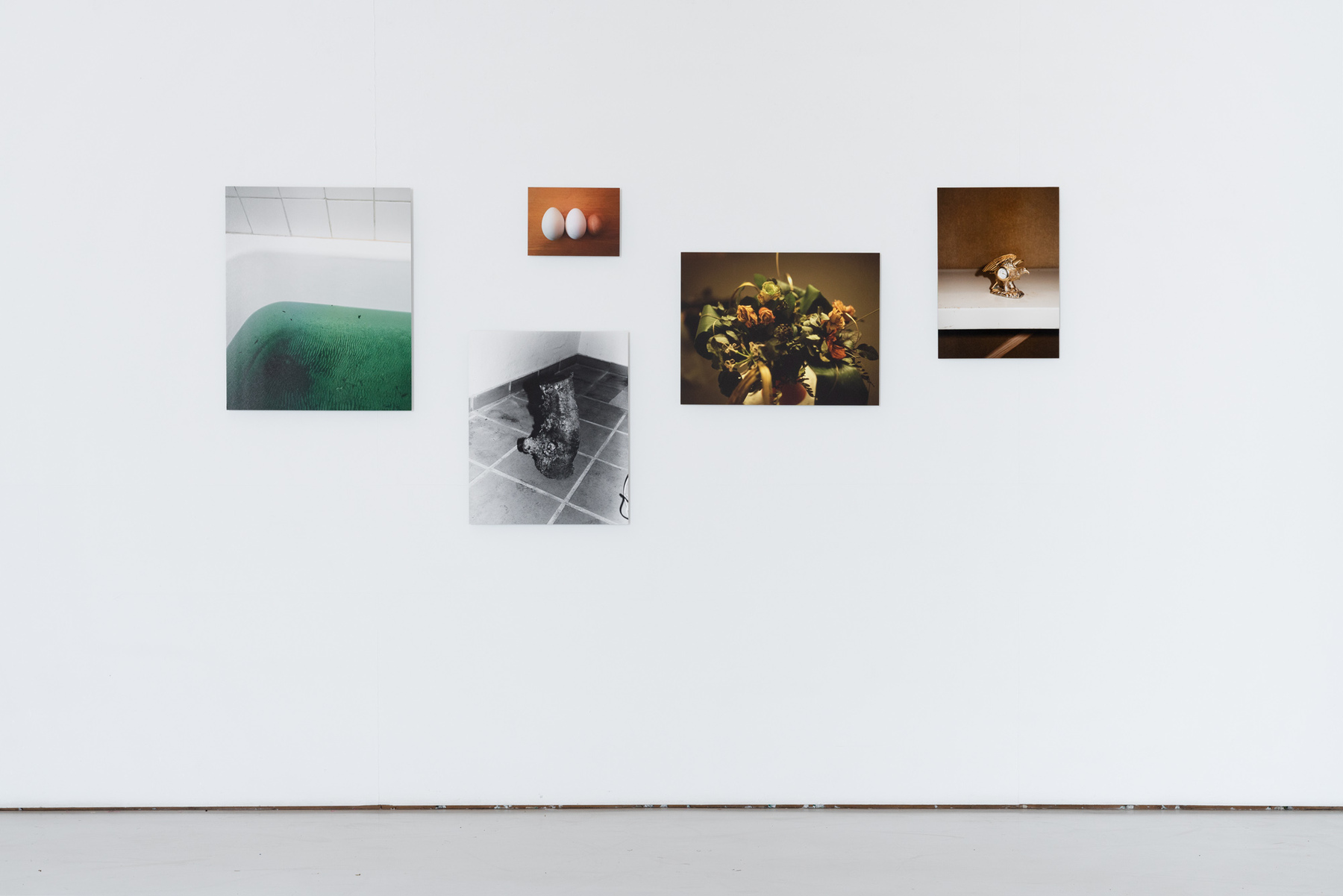 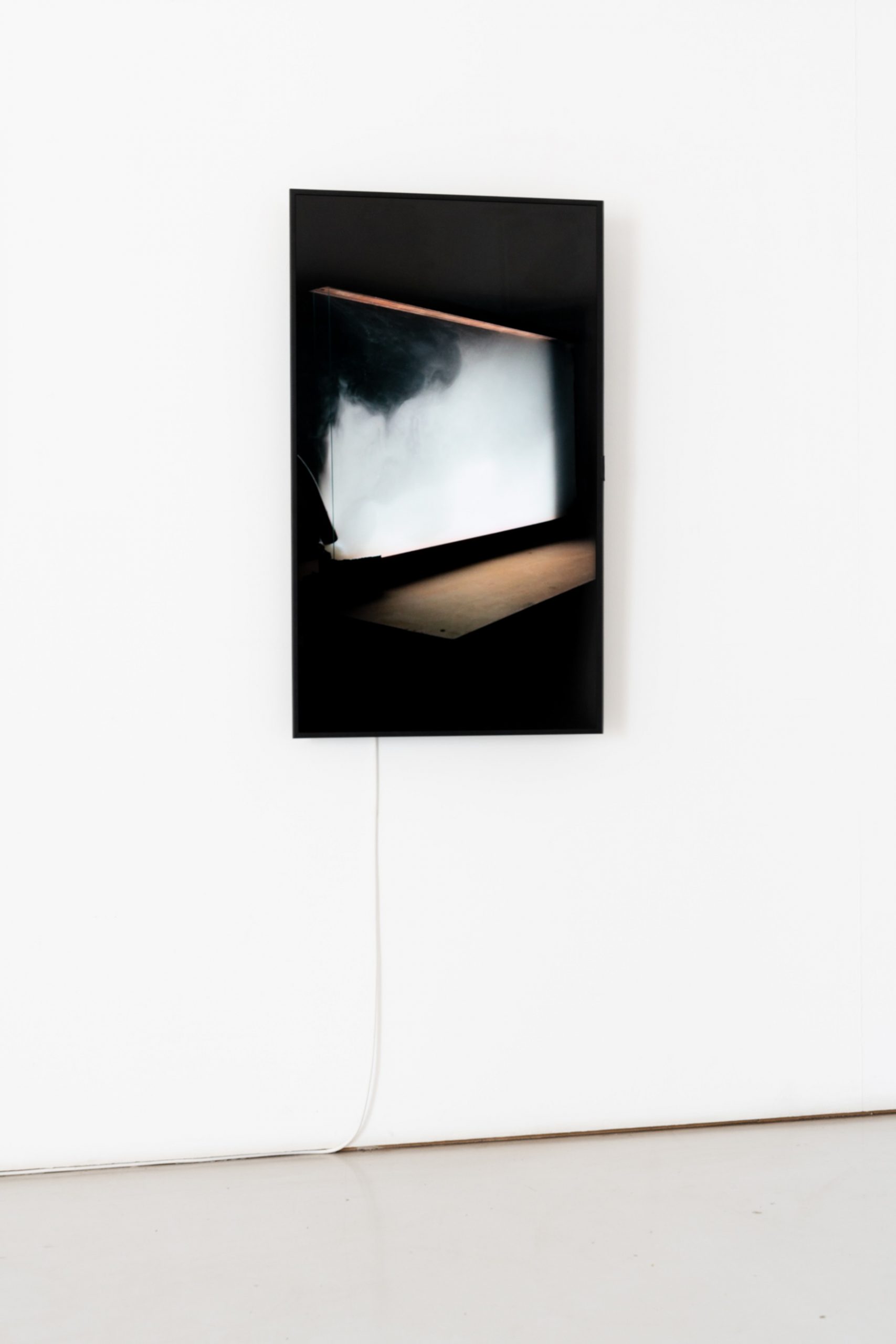 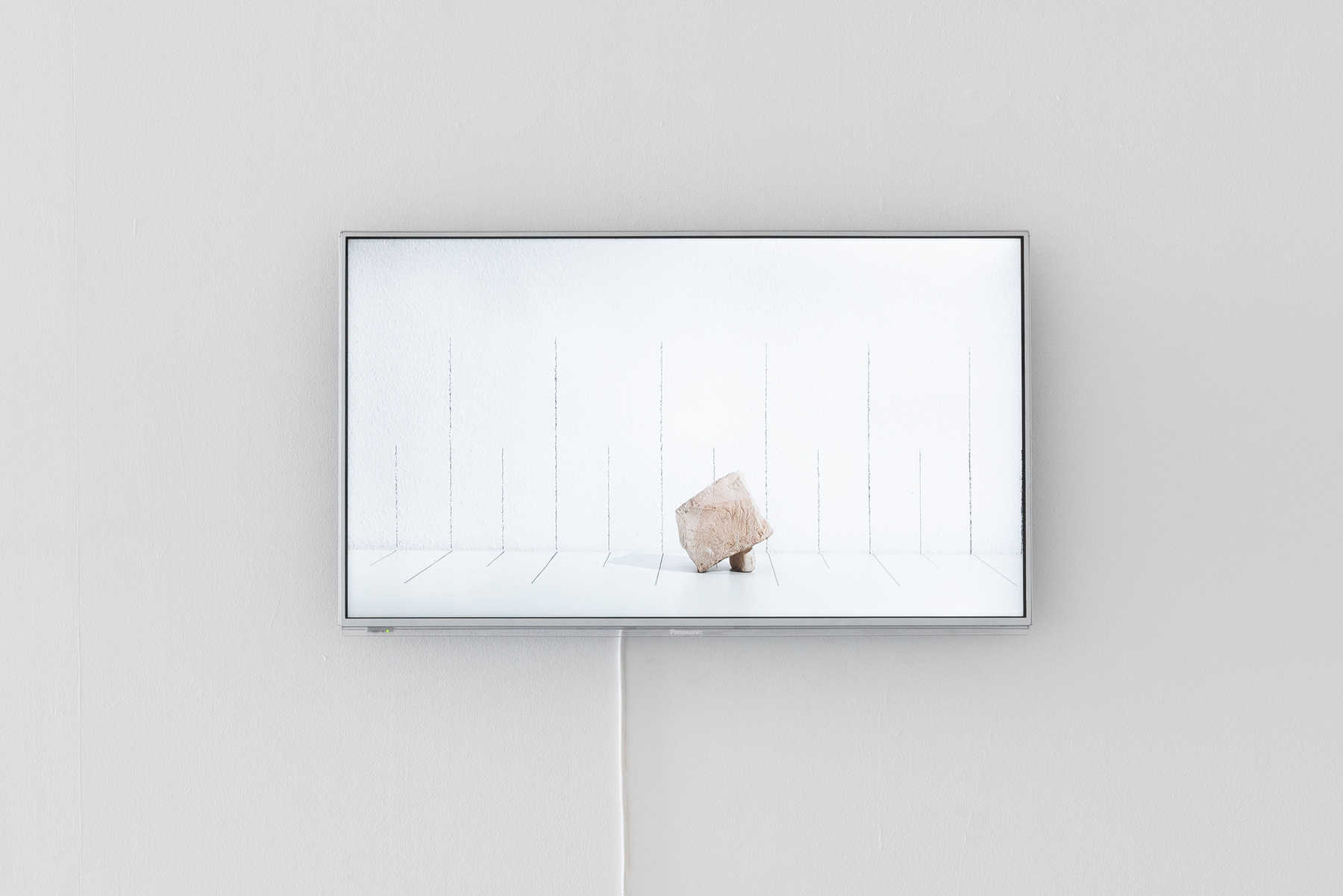 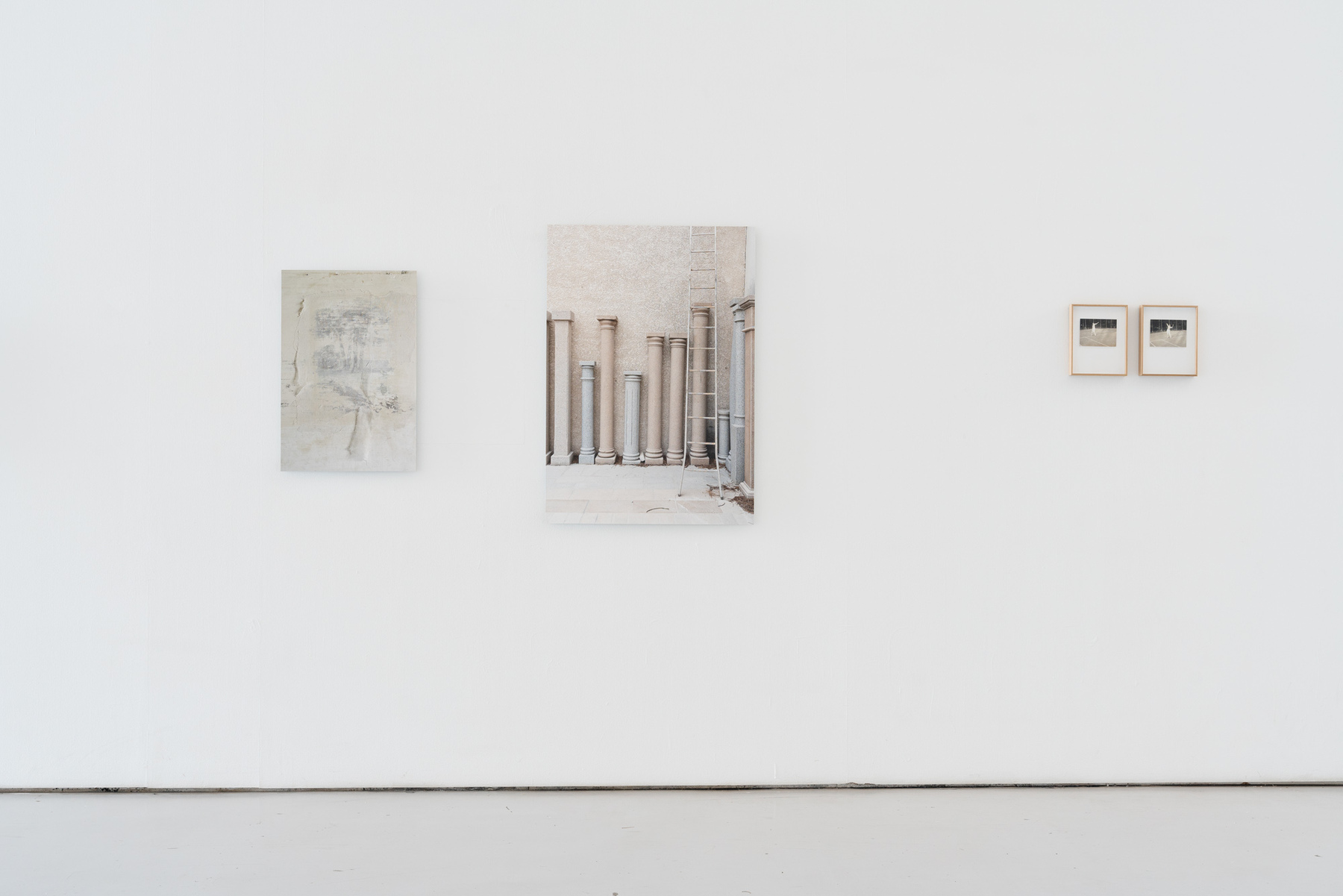 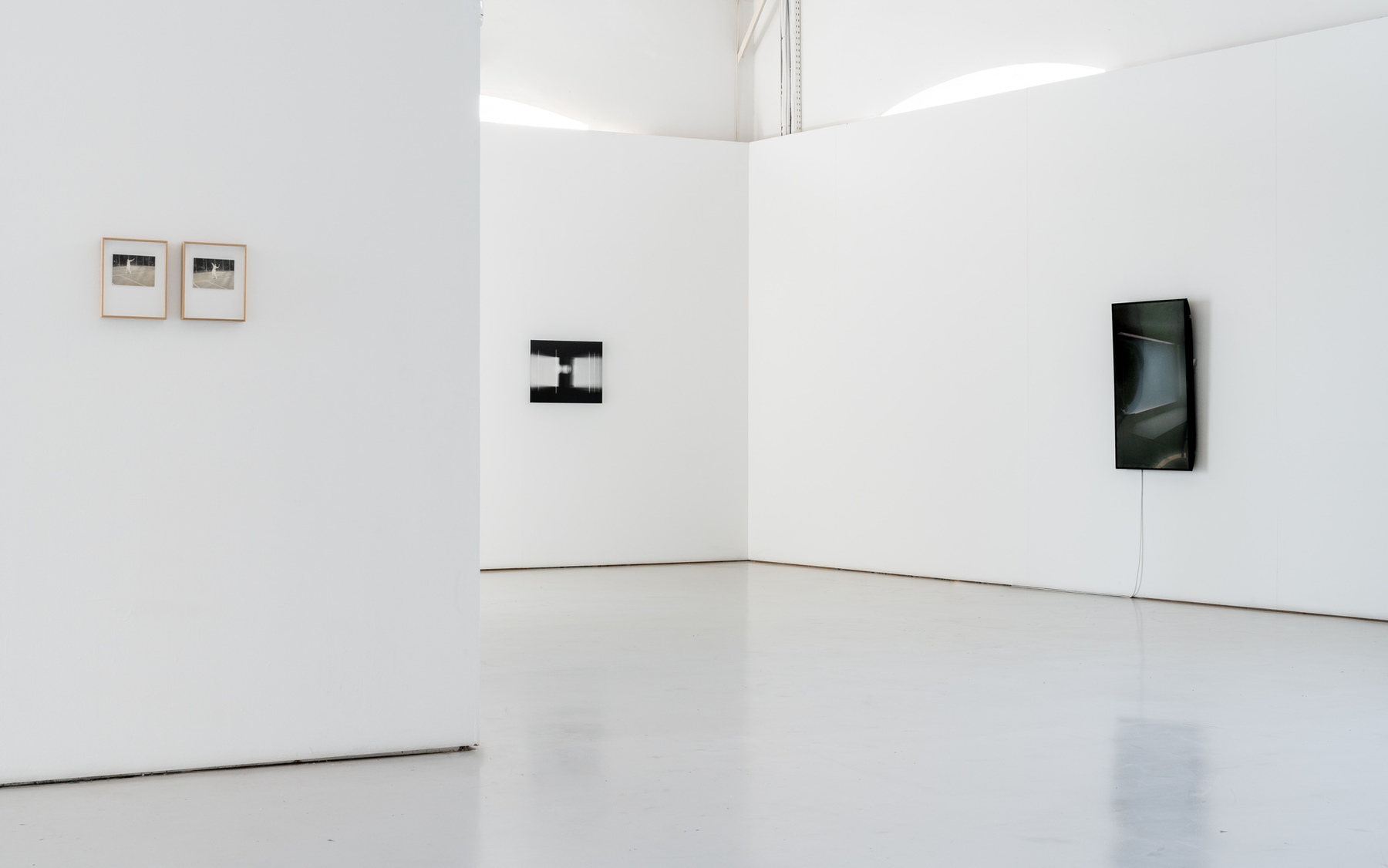 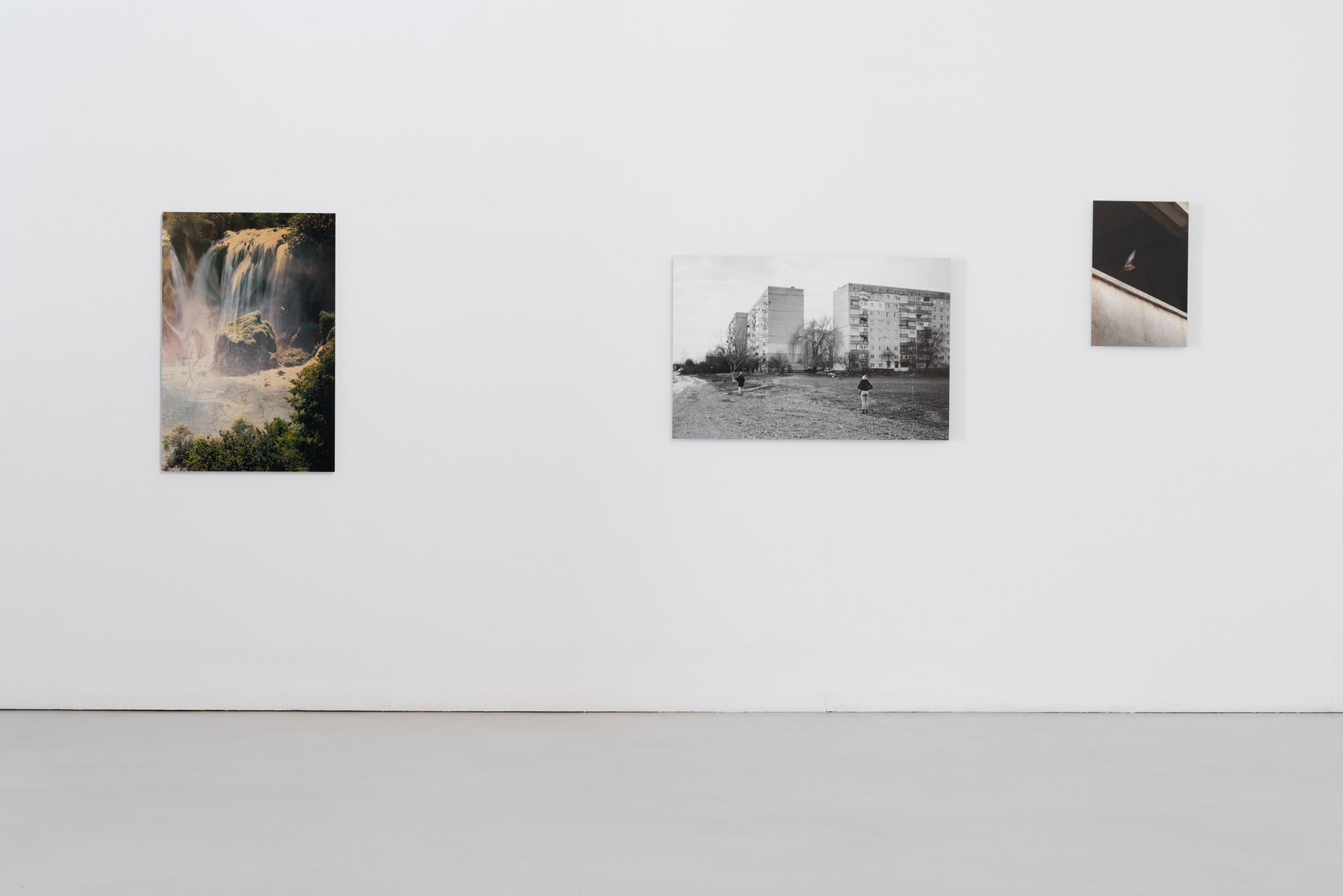 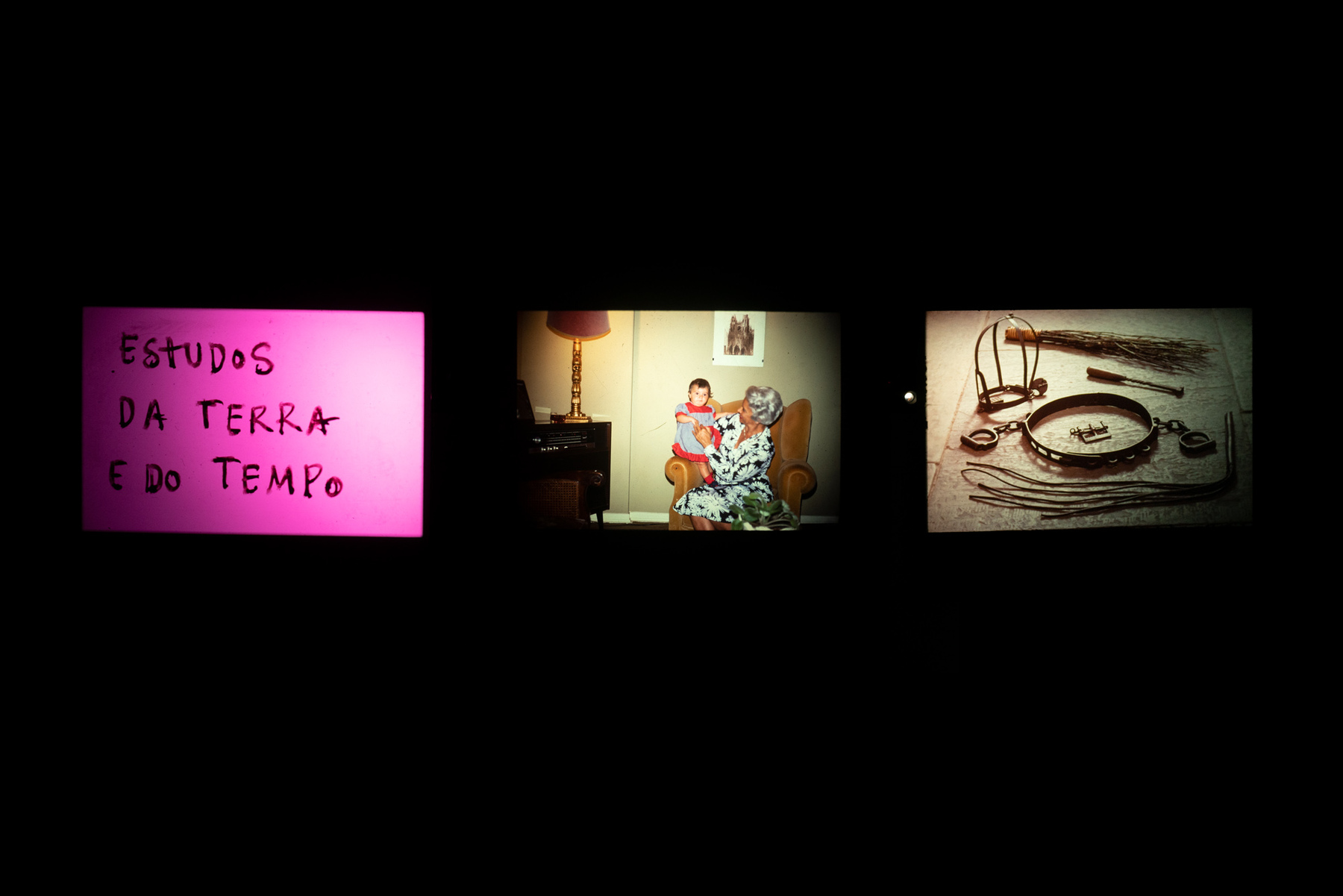 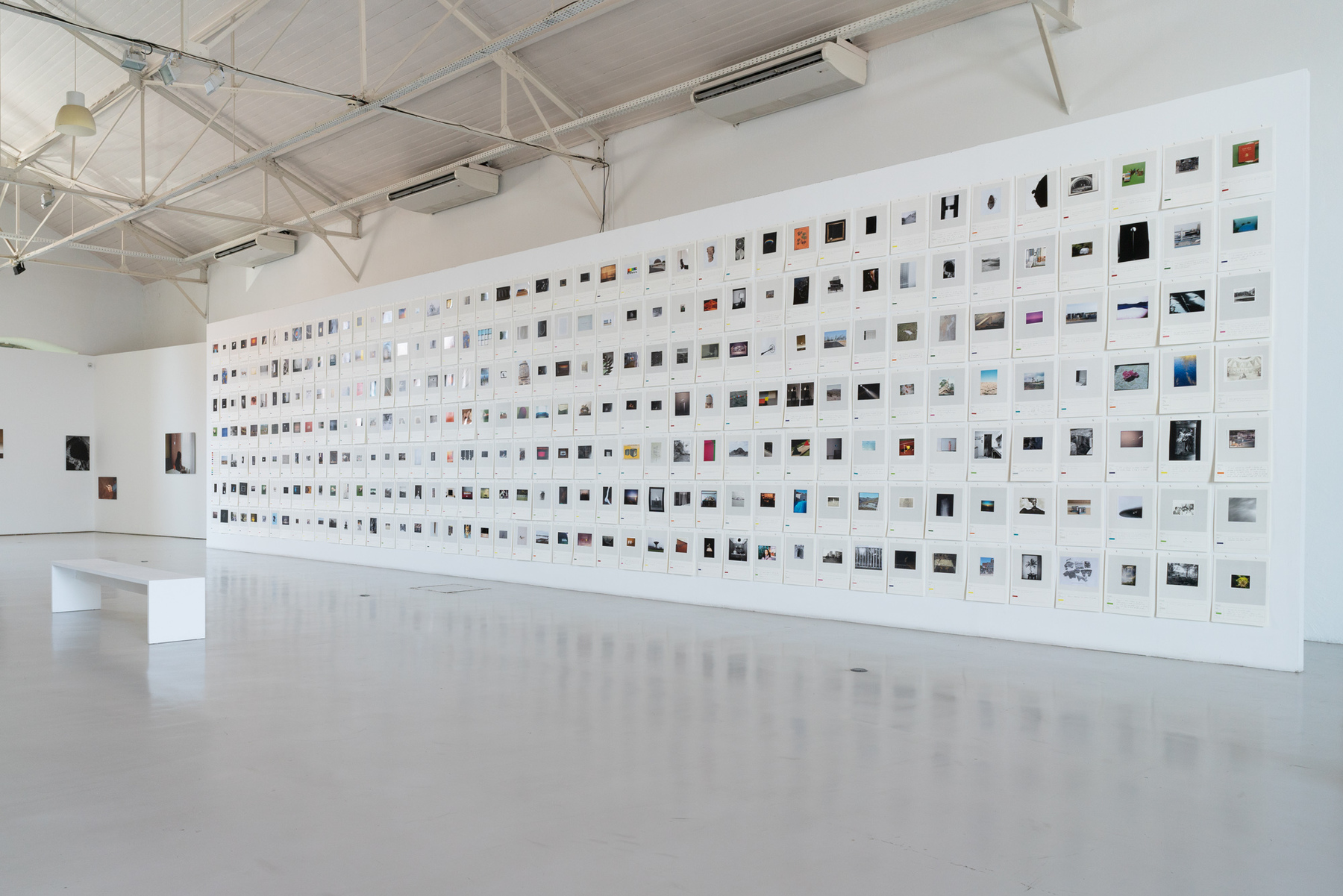 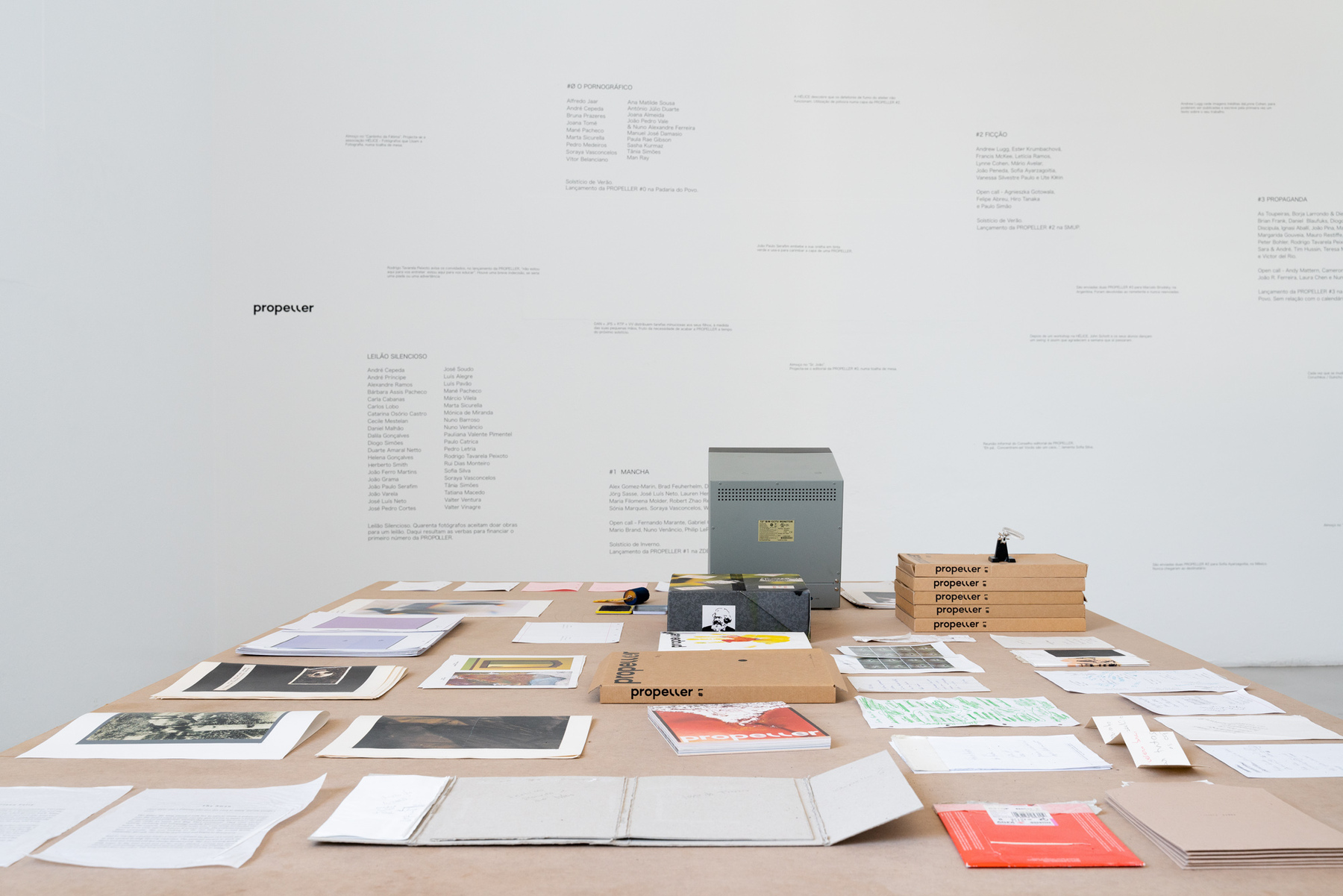 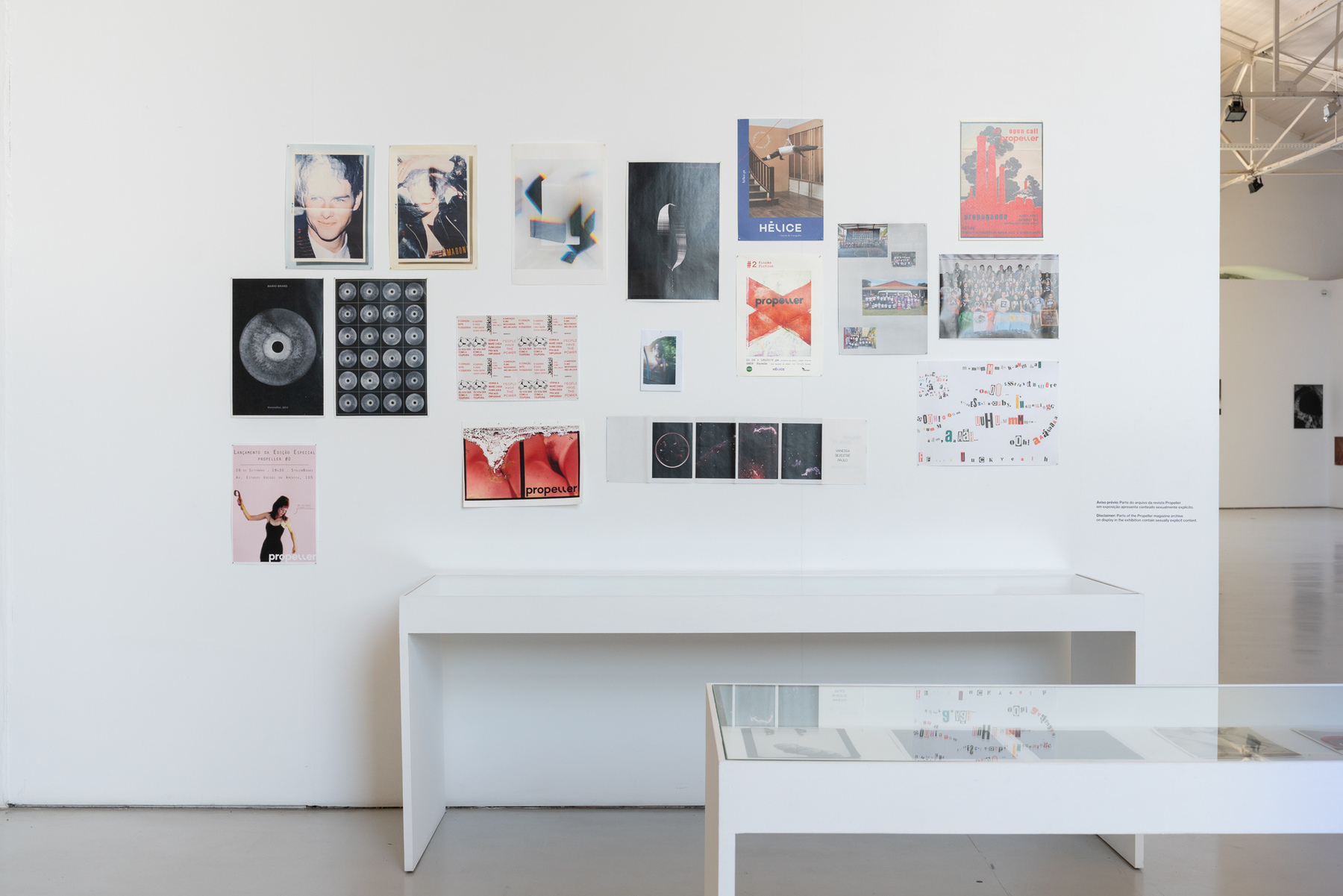 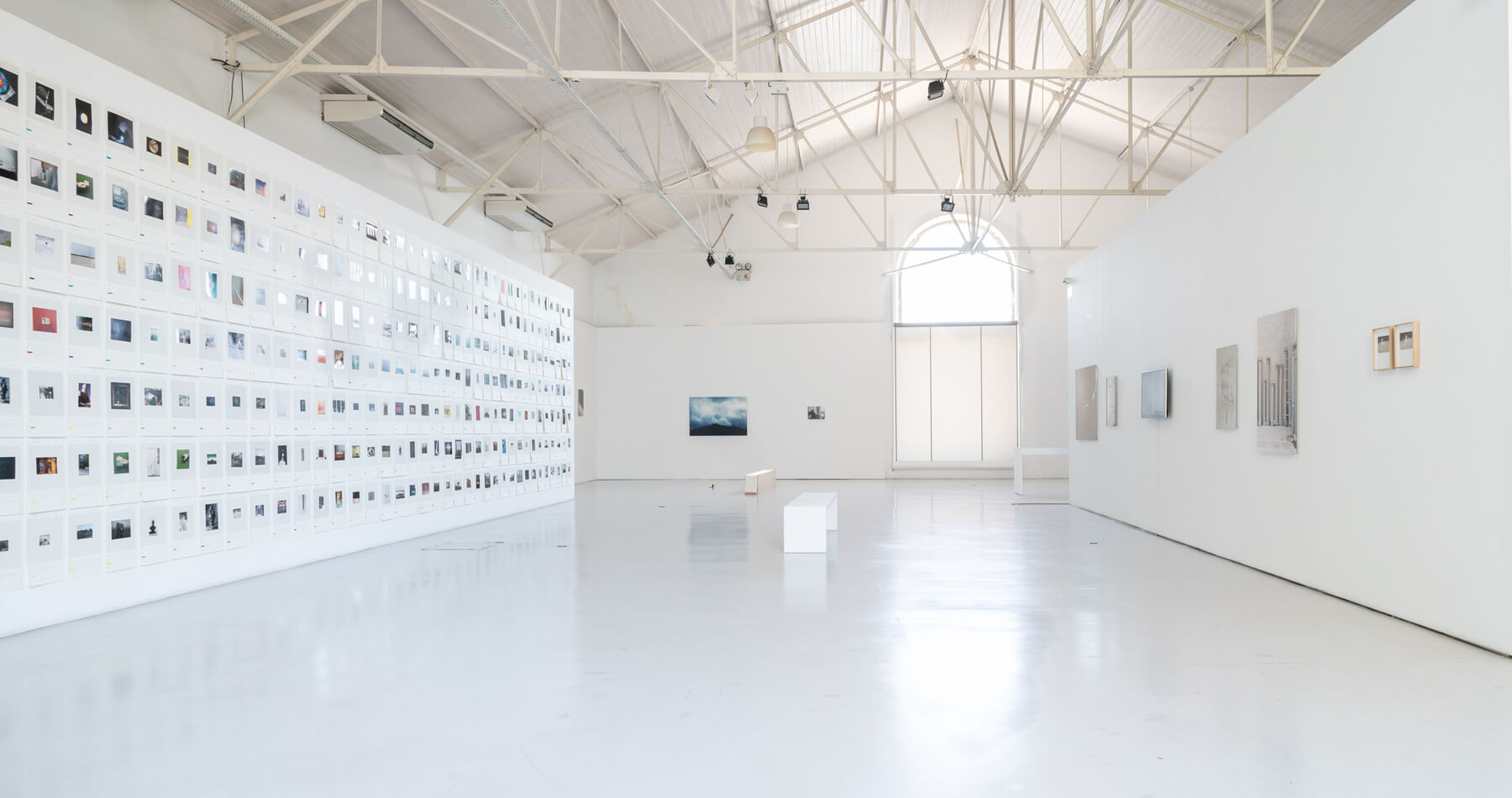