The memory of images “Hoje, nada” 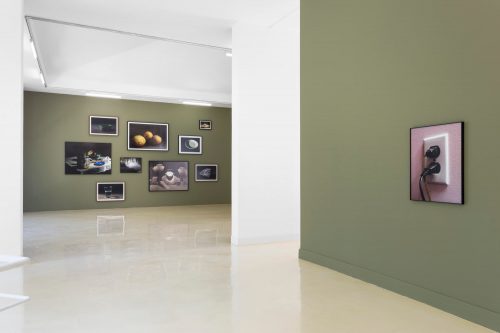 Excerpt from the essay “The Memory of Images” by Sérgio Mah published in the catalogue of Daniel Blaufuks’ exhibition “Hoje, nada”:

“Throughout his career as an artist, Blaufuks has always looked for ways of subjectivation and introspection through the image, linking it to personal contingencies and everyday experiences and situations. His work is full of images of objects, details of things, things that can be eaten, things that can be drunk, and which form motifs that can be found in this exhibition, especially in the conglomeration of images that cover one wall, at one possible end of the exhibition: a cup of water (a recurring theme in the artist’s work), a glass of milk, three lemons, a table after a meal, an empty jewellery display case, a green plastic box, a handkerchief as well as one sole image produced outdoors, a frozen lake reflecting the light of the sky; on the adjacent wall, a photograph depicts four bottles of water on a supermarket shelf, photographed in Athens in the midst of the social and political crisis. Together, they form a mosaic of easily recognisable things and situations – something already seen, already experienced, somewhere else. The images evoke the infraordinary and intramundane, themes on the threshold of the non-subject, which circumvent, with critical awareness, the spectacular and the ‘decisive moment’. On the other hand, we are confronted – as in the series O Ofício de Viver [The Business of Living] (2010) or, more recently, in Tentativa de Esgotamento [Attempting Exhaustion] (2016) – with the slow, boring, insipid and irrelevant experience of everyday life, a world that is insignificant, but full of meaning. The artist believes that a raw prosaic reality, without adornment, possesses the necessary force to transform into lyrical space.

Faced with these images, we are reminded that one of photography’s most indisputable qualities is its ability to arouse interest with the most unexpected subjects. Indeed, the modernity of photography also originates from this capacity to reconfigure. Apparently insignificant events and topics acquire a relevant aesthetic, poetic and symbolic value. This peculiar characteristic is what we generally refer to as photogeny, in other words, photography’s ability to suggest a perceptive experience beyond the appearance of the photographed object. This phenomenon is integral to our relationship with photographs, and especially to our understanding of an image’s ability to cause attraction, which can originate from various sources. Roland Barthes, for example, in Camera Lucida, differentiates two: one that is predominantly cultural, based on precoded values, which he refers to as studium; and another more arbitrary one that he calls punctum, from which an unpredictable ‘third sense’ manifests, stimulated by individual trajectories and affections[1].

The effect of photogeny, as a conversion factor that is sensitive to everyday perception, should not, however, be exclusively allocated to the field of photography, as a symptom of the type of fictionality that is consolidated in modern culture: in literature, in photography and in painting, and later with cinema, aspects of everyday life acquire an unprecedented importance, constituting one of the axes through which the subject fictionally experiences the real. It is therefore not surprising that many of Daniel Blaufuks’ cultural references originate from the field of literature, specifically a literature that favours empirical observation, visual experience and imaginary introspection, as in the works by Cesare Pavese, Georges Perec, Paul Bowles and W.G. Sebald.

Photography surrenders much more than it says. It belongs to silence, more than narrative. Today, nothing. It is photography’s incompleteness and permutability that Daniel Blaufuks explores in his images, images which contain a certain truth, a certain fiction, in which desire, anxiety and memory interfere. His gaze seeks movements and transformations from appearances, similar to those experienced by Jack Kerouac after he saw Robert Frank’s photographs in the book The Americans: ‘that crazy feeling in America when the sun is hot on the streets and music comes out of the jukebox or from a nearby funeral (…) After seeing the pictures you don’t know what is sadder, a jukebox or a coffin’[2].

All these images of the everyday appear to contain very little. They have little to show or tell. Absolute deception. We must ask: what experience of the real is provoked by each image, when nothing seems to happen? How does the image look at us and link us to a past? In what way are we projected by each image beyond the visible, beyond what can be represented? These are questions that Daniel Blaufuks raises frequently, through a visual practice that demands another attention, another perceptive availability, between aesthetic appreciation and diegetic and temporal speculation, liable to lead us towards a rhizomatic network of possibilities of growth and permanently delayed perspectives, which seems to reflect the random bundle of possibilities provided by imagination and rememoration. 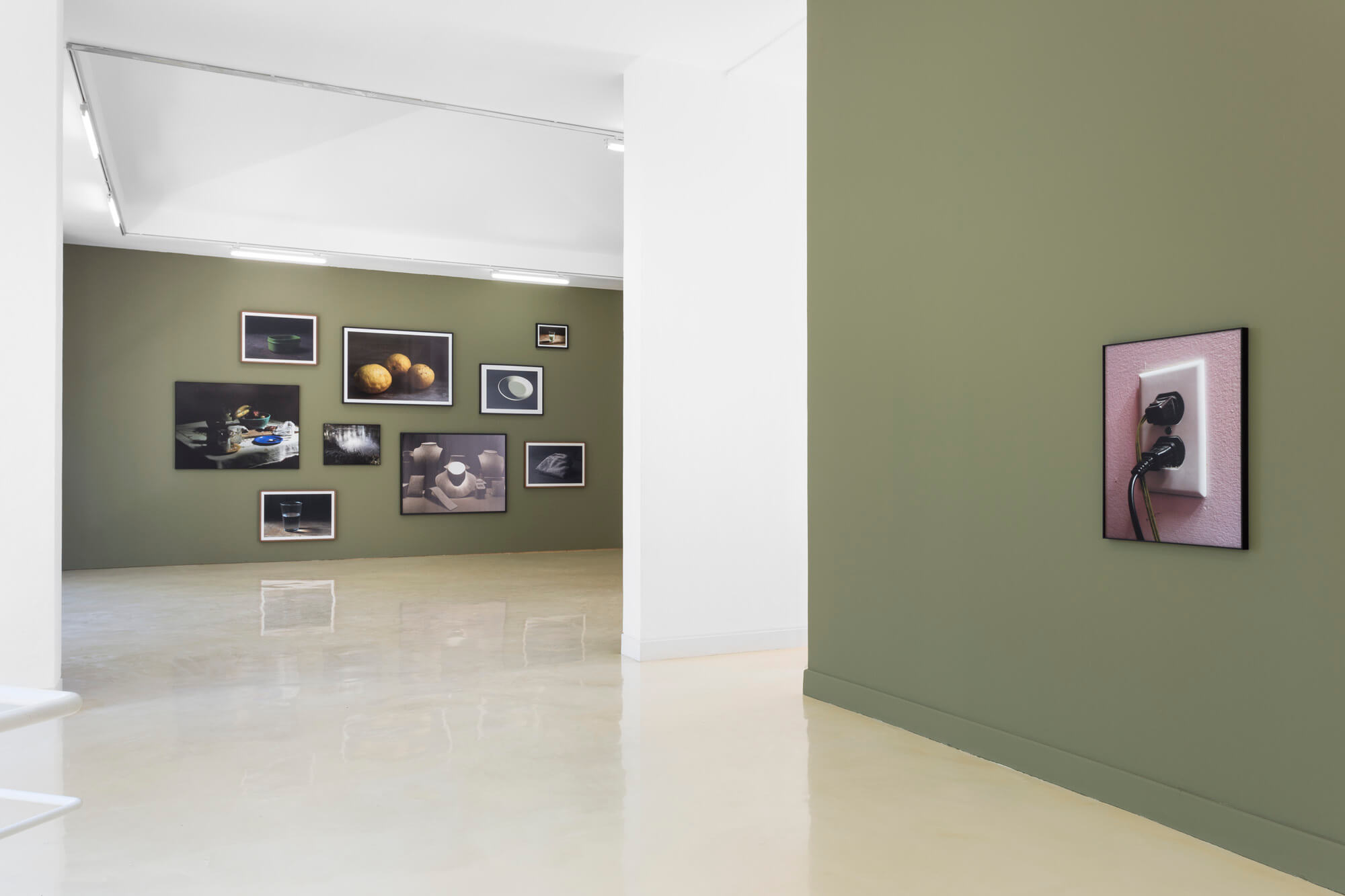