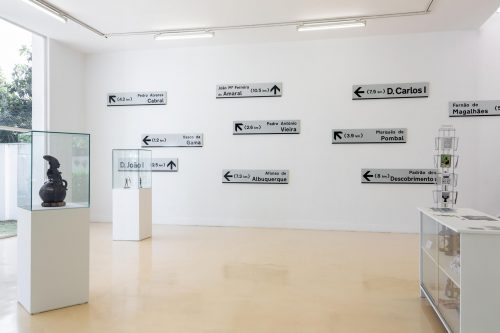 In a three page, typewritten document elaborated in Bahia’s capital in 1965 (Salvador, situated in the northeast of the Brazilian territory), the Portuguese philosopher, educator and publisher Agostinho da Silva introduces the idea of establishing a new museological institution in a colonial fortress on the shores of the city: “Featuring elements for an exhibition that does not interrupt, but rather emphasises the architectural value of the fortress; elements of absolute didactic clarity, but without refusing their complexity or rigour of science, including objects that, although of minimal intrinsic value, excel due to their high quality and appearance as a whole; this new museological institution will comprise the Museum of the South Atlantic, installed in the fortress of São Marcelo, covering the entire area stretching from the heights of Venezuela to the Antarctica.”

With the exhibition The State of the World: The Museum of the South Atlantic the curator Marcelo Rezende addresses the different forms that the imagination of Agostinho da Silva could have. In the guided tour organized for this occasion the artist Márcio Carvalho from Lisboa will be present. As put by Rezende, “the artist Márcio Carvalho (with “Memória para 14 Bustos” and “12 placas”) is asking for profound reflection on the political questions involved in the idea of a monument as a document of History, challenging how and who represents such memory. In certain moments, this same displacement of memory as collective and personal experience can be engraved in the body itself.”

And the artist Márcio Carvalho says about his presentation at the Galerias Municipais – Pavilhão Branco: “The works that I present at the exhibition The State of the World: The Museum of the South Atlantic attempt to continue the difficult but necessary conversation about the power that public spaces in Lisbon have over the memory and imagination of its citizens. The statues, monuments and memorials of a colonial nature are not only the result of specific historical moments and their celebrations but are also the affirmation of political projects materialised in aesthetic forms. Many of these political projects no longer correspond to the ideals of our contemporary European societies. In this way the works that I present in the exhibition try to use art to demythologize the political action of these colonial aesthetic forms (statues, monuments, memorials) that we can find in the city of Lisbon. The works also claim an expanded field for the monument, where it is detached from its figurative, traditional, religious aesthetics, with a dramatism of past, totalitarian aesthetics, with a visible detachment from victims and minority communities, where pain, social problems and unresolved political issues are covered up by attractive and imposing architectural gestures. These monuments of a colonial nature, hidden in the open air, have their greatest strength in their political invisibility contained in their aesthetic form. If art has always been the discipline par excellence used to forge these objects and their hegemonic, colonial narratives and consolidate them as fundamental aspects of Portuguese identity; today, how can art play an active role again, this time in the re-interpretation and transformation of public space and the city?” 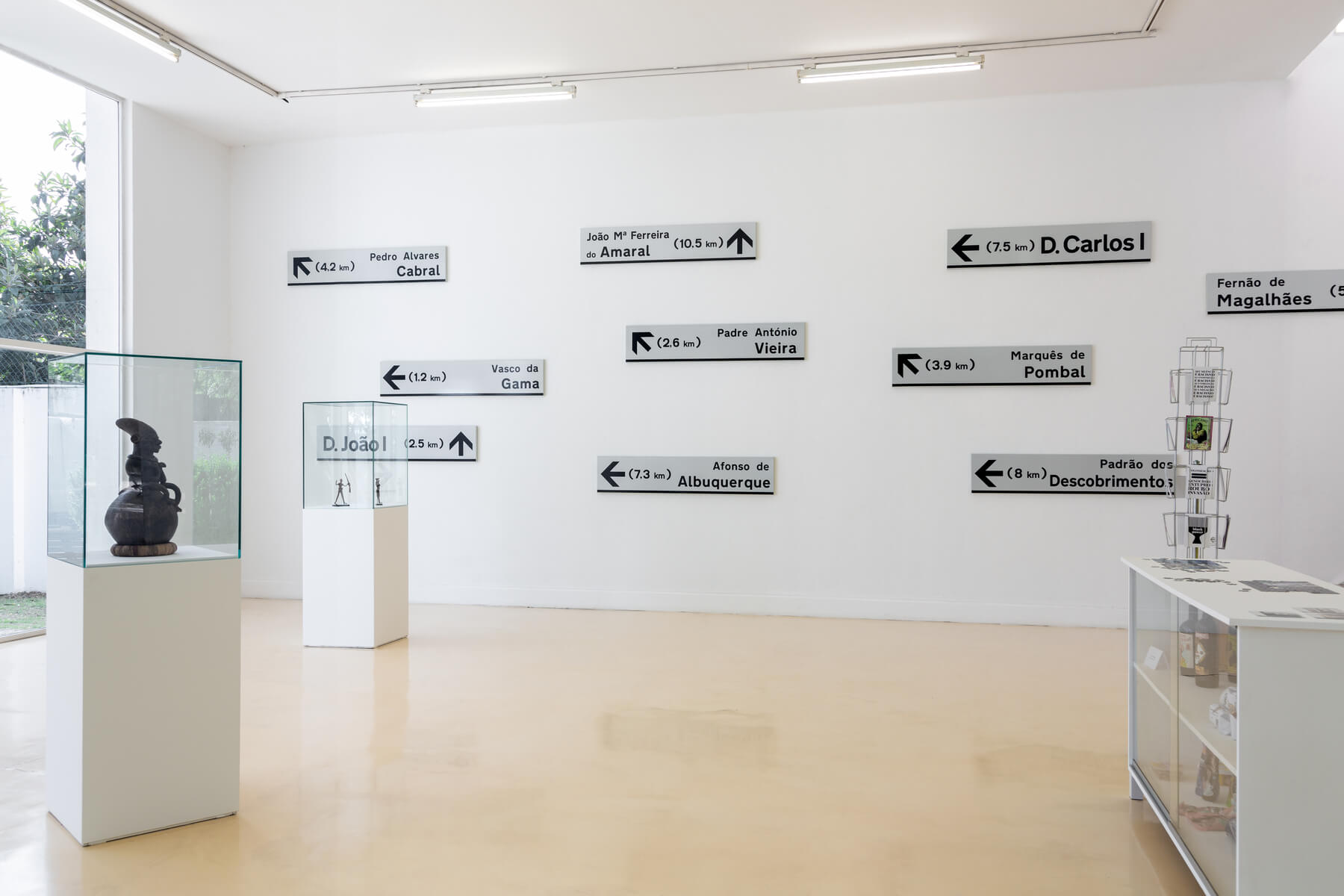 Installation view; O Estado do Mundo: Museu do Atlântico Sul [The State of the World: The Museum of the South Atlantic]; Pavilhão Branco; 2022. © Mercês Tomaz Gomes