Galeria Quadrum was founded by Dulce d’Agro in 1973. A pioneer in the Portuguese context, d’Agro’s work at Galeria Quadrum helped many artists further their careers and female professionals to establish themselves as art dealers in the Lisbon art world.

Around the same time that d’Agro founded her gallery in Alvalade, The Three Marias – Maria Isabel Barreno (1939-2016), Maria Teresa Horta (1937) and Maria Velho da Costa (1938-2020) – were on trial at Boa Hora in Lisbon’s Baixa neighborhood for publishing allegedly immoral and pornographic literature: The Novas Cartas Portuguesas (1972).

Amidst the state’s repression under dictatorial regime, the women arranged for their book being sent to Simone de Beauvoir (1908-1986), Marguerite Duras (1914-1996) and Cristiane Rochefort (1917-1998) in Paris. There, Beauvoir would be working with a group of Brazilian women (among them the actresses Norma Bengell and Gilda Grillo as well as the psychologist Danda Prado), to translate the book into French, thus mounting international attention and protest against the trial.

The exhibition “Novas Novas Cartas Portuguesas” at Galerias Municipais – Galeria Quadrum departs from the dynamics of the 1970’s and is introduced via the film “Les trois Portugaises” (1974) – produced by Delphine Seyrig in collaboration with Carole Roussopoulos and Ioana Wieder – that documents the actions of support. Featuring a diverse range of works by Portuguese and Brazilian artists, the exhibition celebrates the achievements of several waves of feminism to date. 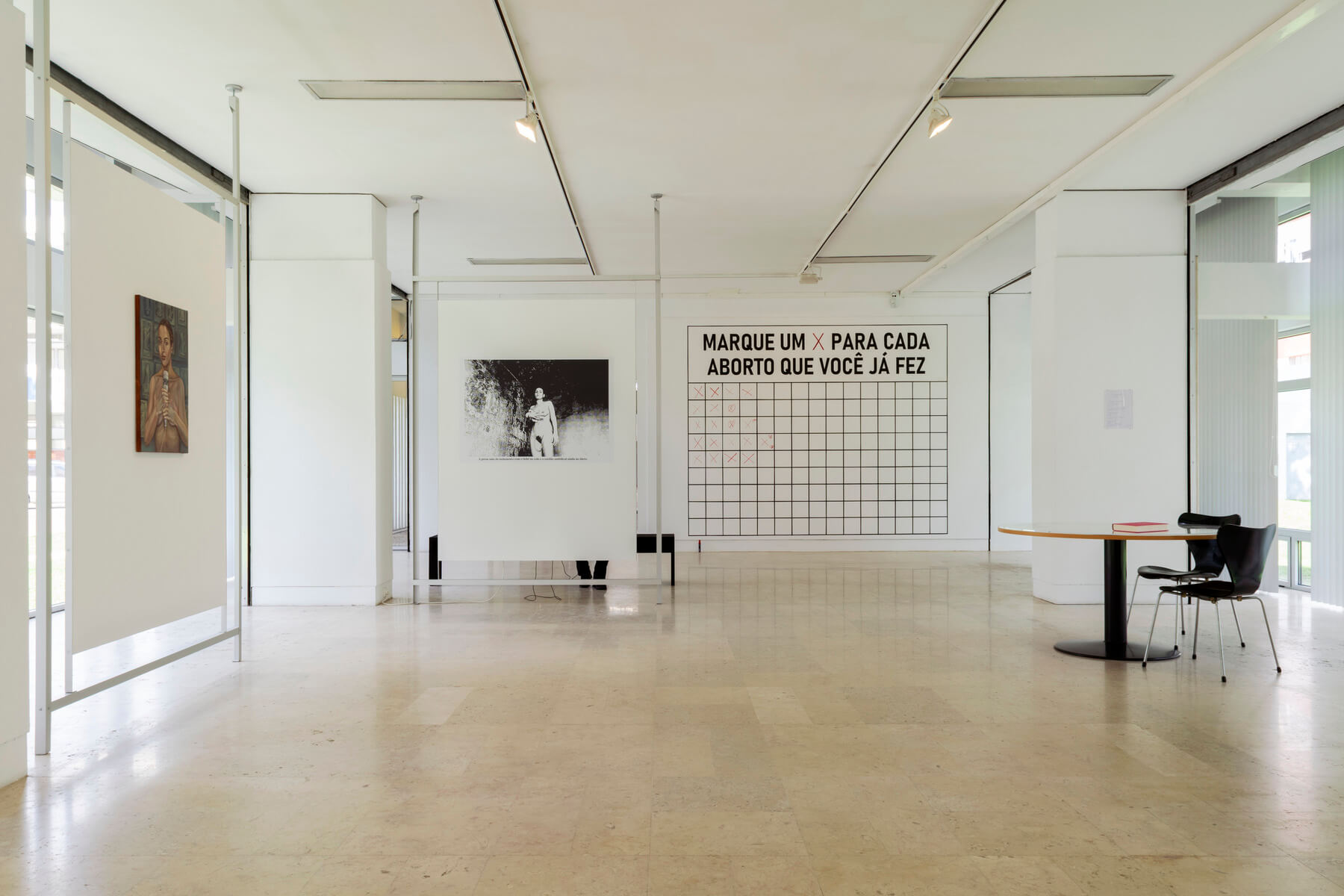