Parting with the Bonus of Youth – Maumaus as Object 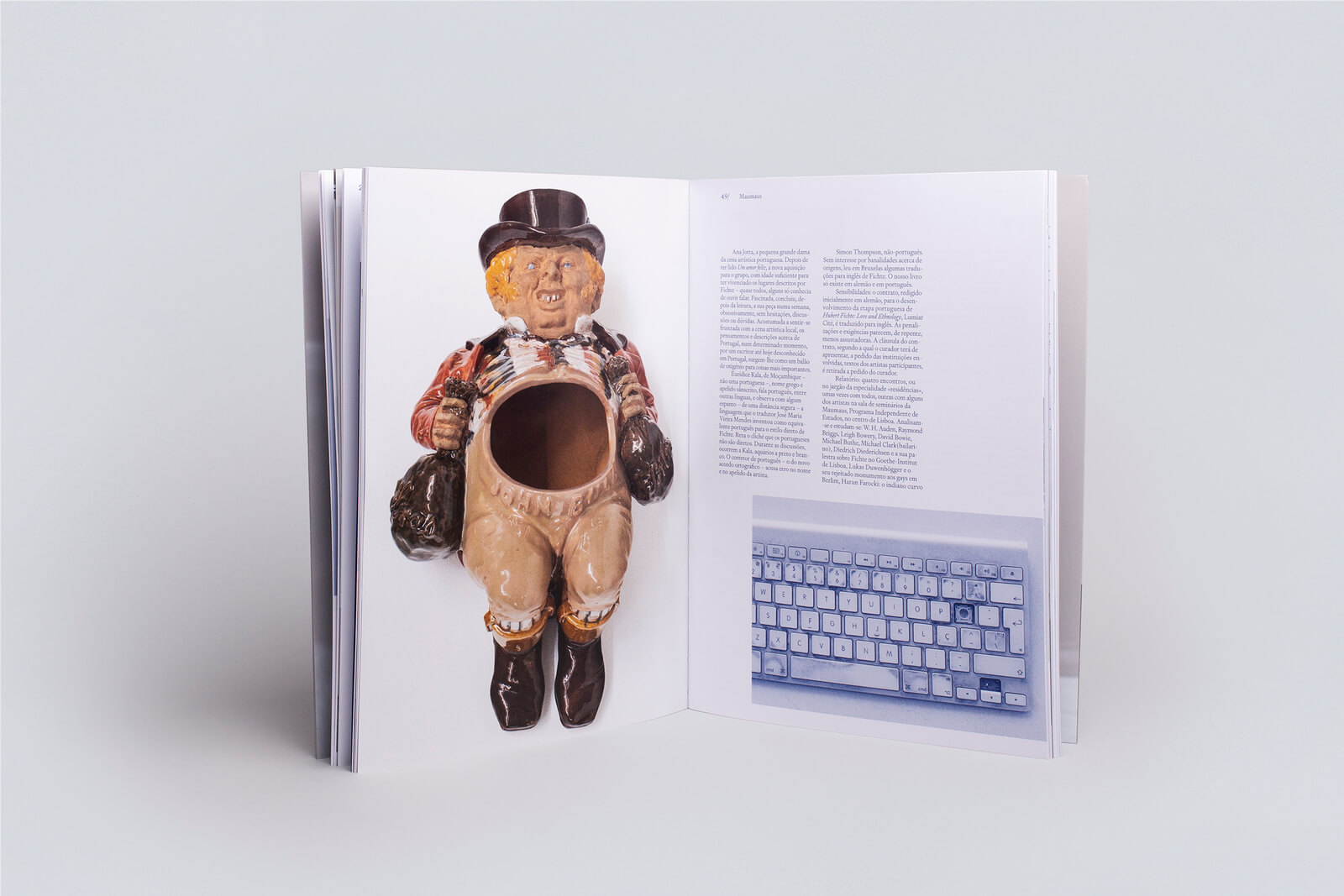 “What the curators prefer not to — neither in the setting, nor in the information sheet or their own discourse — is to embed their exhibition in a conceptual framework, a lens through which the exhibition acquires a comprehensible meaning. This is not to say that there is no meaning to be unfolded, for meaning there is; one could even find an abundance of significations. But those do not add up to a coherent, comprehensive interpretation.”

“The hole and its opposite, the mountain/tower, offer topographical meta-concepts that the inhabitants of Kinshasa use to reflect on not only the material degradation of the city’s infrastructure, but also to rework the closures and the often dismal quality of social life that has followed in the wake of the material ruination of the colonial city.”

“‘Parting with the Bonus of Youth’ took an approach that was simultaneously compressed and open (to meaning) in raising awareness of those visibly invisible infrastructures that feed artistic object and knowledge production, and with this the contents, forms and methods of those current exhibition practices that operate within a framework of post- and neo-colonial economies.”

“The Kluge film stands like a flickering sentinel over the whole space. Through free association and a certain kind of assembly, both provoked in the exhibition as a whole and rendered architectural in the stepped seating in front of its projection, the film keeps watch and also brings into the exhibition what is less visible within the space: Maumaus as a living subject.”

“Accepting the open invitation by a public institution — Galerias Municipais | Municipal Galleries — and resisting the temptation to merely celebrate the achievements by its school’s alumni at the same time, opened a number of possibilities for Maumaus and its teaching philosophies that would essentially be reflected in the exhibition. Yet, objectifying critical discourse is a current ever since the rise of Institutional Critique, an antecedent that further complicated the imaginary scope for this venture.”

“(…) to paraphrase Fichte, the exhibition as a jelly worm, which appears at the periphery of one’s field of vision alongside the increasingly fading impressions of the outside world and turns towards itself with a swivel of the eyeball.”

“There are no authors, no individuals, no explanations, but a constant challenge to the spectator. There is no evocation of future or past talents or erudite masters. There is no programme, no history, no timeline, much less any doctrine. Which does not mean there is no theory.”

“The conceptual pitfalls were so numerous that I as a visitor felt like I was on an obstacle course. How do you make an exhibition about a phenomenon like Maumaus? Shown here were remnants of different projects and lectures, together with objects that could be associated with Maumaus, so slyly presented that the visitor needed to know Maumaus’s history in advance in order to understand the references. Such a postmodern experience! An agent provocateur if anything.”

“While defensive guerrilla actions to protect what remains of the university as a critical space remain imperative, it is increasingly difficult to envisage it as a possible object of, or milieu for, common decisions. Whence, too, the importance of Maumaus as its own kind of ‘object of interest’, of inter-esse, being-with and in-common.”

“But the object is not a thing: it has a strange existence, which seems not to be able to be without another one. The object would always be that which confronts the subject; that which the subject manipulates at will, and over which he realises his dominion. It is often said that the modern age would consist in this progressive division or detachment of a subject from matter. That modernity would be the age of objectification of the world. The object therefore has no existence of its own, it always needs to confront someone else or something else.”

“Walking around ‘Maumaus as Object’ is not a circus by any account, but certainly walking a few lines between art and education, transparency and opacity, original and its reproduction, its ‘public’ was being asked to enter into a place that was incomplete to become part of a dialectic that wouldn’t work if you just got half of it.”