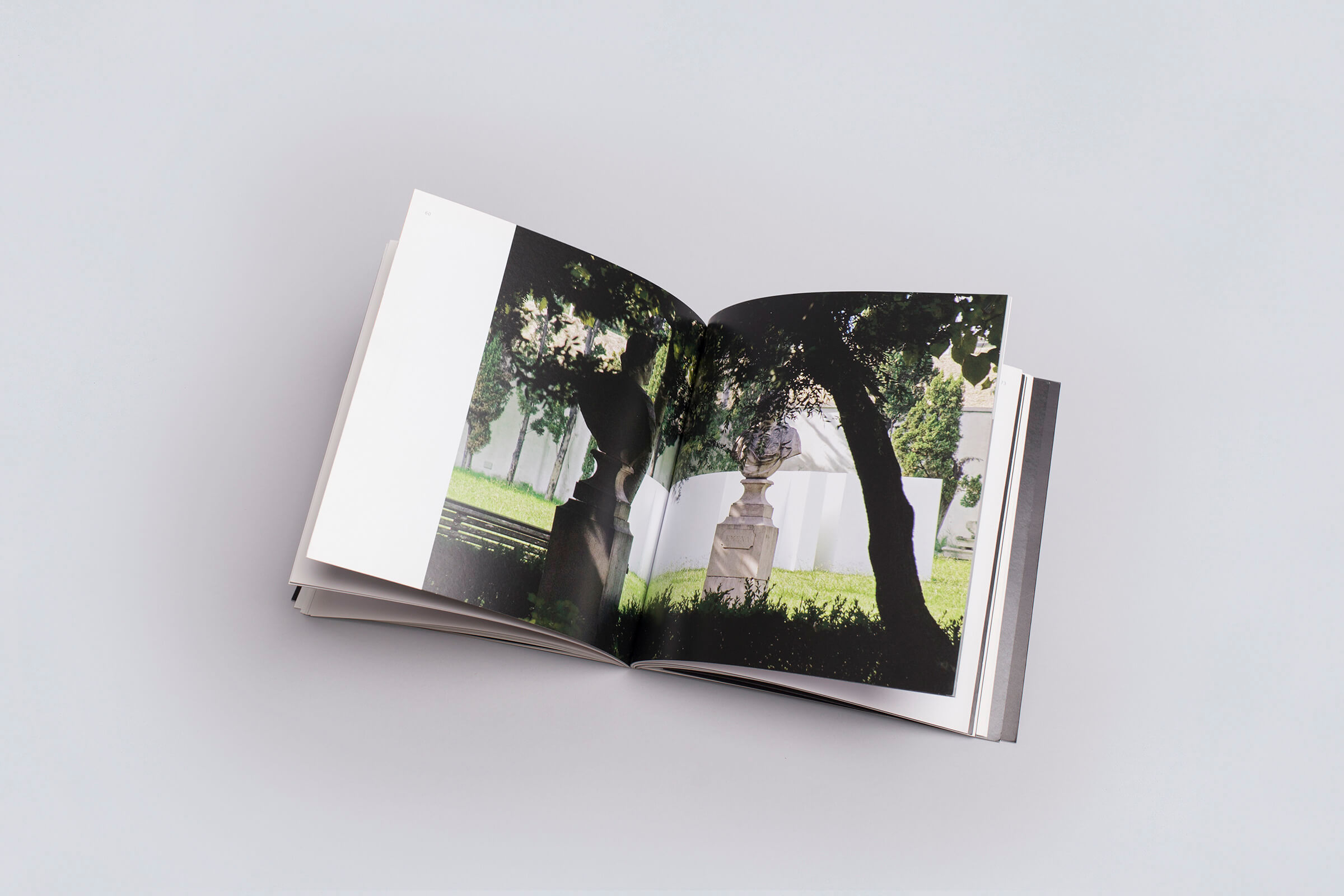 This publication documents Vera Röhm’s solo exhibition, Shadow of Time, which was on view at Pavilhão Branco between September 25 and November 4, 2007. The book contains photographs of the exhibited works and texts by Rui Mateus Pereira, Vera Röhm, Stephen Bann, Eugen Gomringer, João Lima Pinharanda, Hans-Jürgen Buderer, and an interview with the artist by Adon Peres.

“In this project, we can easily detect some of the fundamental characteristics of Vera Röhm’s work, namely the organized language concerning geometrical shapes and the exploration of binary notions – simple and complex, recurrence and alteration – or of notions of time, space and movement.”

“The constantly changing angular position of the Earth to the sun is clearly recognizable. We do not feel the Earth’s rotation, from where we are standing, we feel our position to be static, and it is not the case. For we are all – even the location – located in the midst of this dynamic which in this way becomes visible.”

“This sculptural series, «Night is the Earth’s Shadow», is probably the work by Vera Röhm that comes closest to the formal and linguistic protocols of Concrete Poetry as they were developed by Gomringer and his colleagues. Not only does it explore the similarities and differences between languages – a feature of Gomringer’s poems from the earliest times, which he himself attributed in part to his dual background in German and Latin linguistic cultures. But it also directly recalls the title of the poem that he chose as the volume title for the edition of his constellations published by Rowohlt in 1969 (with a jacket design by Max Bill: «worte sind schatten». «Words are Shadows», writes Gomringer.”

“The dialogue as modus operandi is one track that one can follow in all of Vera Röhm’s work up now; the second is a constructive formal vocabulary and the method that goes along with it. This is an even more validly safe observation since she does not unconditionally stick to the chronological sequence of her thematic groups and is repeatedly willing to enter into new experiments, whereby constructiveness is to the dialogic method like a cognitive science to the aesthetic-emotional game the world of light and shadow plays.”

“Vera Röhm engenders a confrontation between macrocosm and microcosm, contingency of the human will and action on earth and the immutability of the universal laws in astral time and space. She does not seek a new hypothesis to grant eternity through Art, but a way to explain it – if, when confronted to the universe, art is something perishable, then one becomes more conscientious of one’s own fragility in relation to a transcending reality.”

“Vera Röhm not only plays with the obvious wealth of variation inherent in the opposition of black and white, bright and dark, and the painterly range of modulation offered by chiaroscuro, for which more than ample evidence can be found throughout the history of the fine arts. She goes a step further by creating experimental fields, as it were, in which she not only registers the objective facts of a phenomenon, but also deduces from those phenomena a new formal apparatus which, in its most extreme forms of expression, even contradicts visible reality. Vera Röhm’s oeuvre interacts between these two poles of observation and constructive invention.”

“Adon Peres: What role does shadow play in your artistic procedure?
Vera Röhm: (…) I am very much interested about shadows because it is not material, it is impalpable, brief and constantly in movement. It is the contrast between the materiality of the works and this immaterial element, as is the moment, as impalpable and brief, that triggered this research. It was this attention given to the shadow’s movement, during an entire day, that led me to the movement of the earth and of the sun; and, from there, to astronomy.” 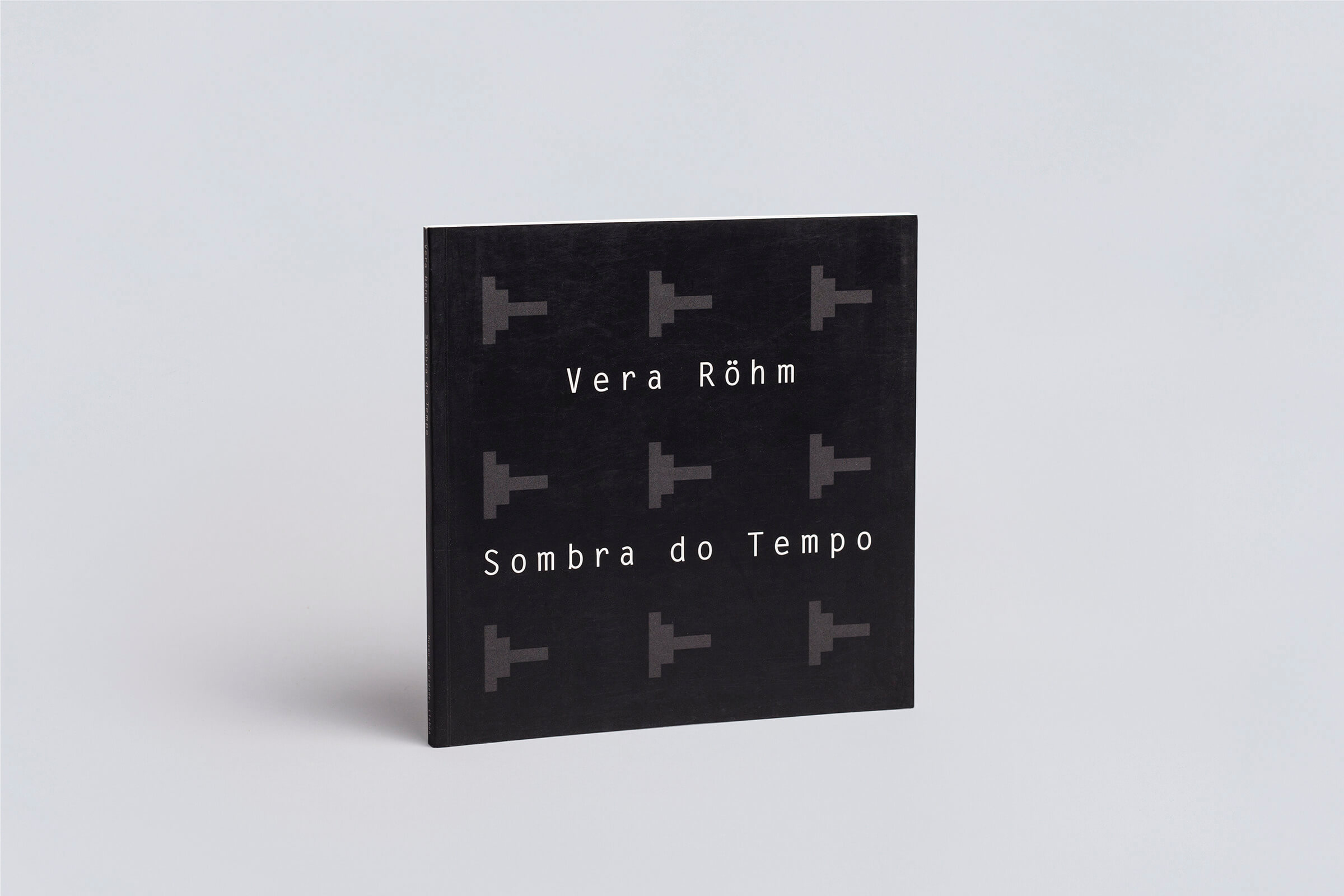