Suturing the City: Living Together in Congo’s Urban Worlds 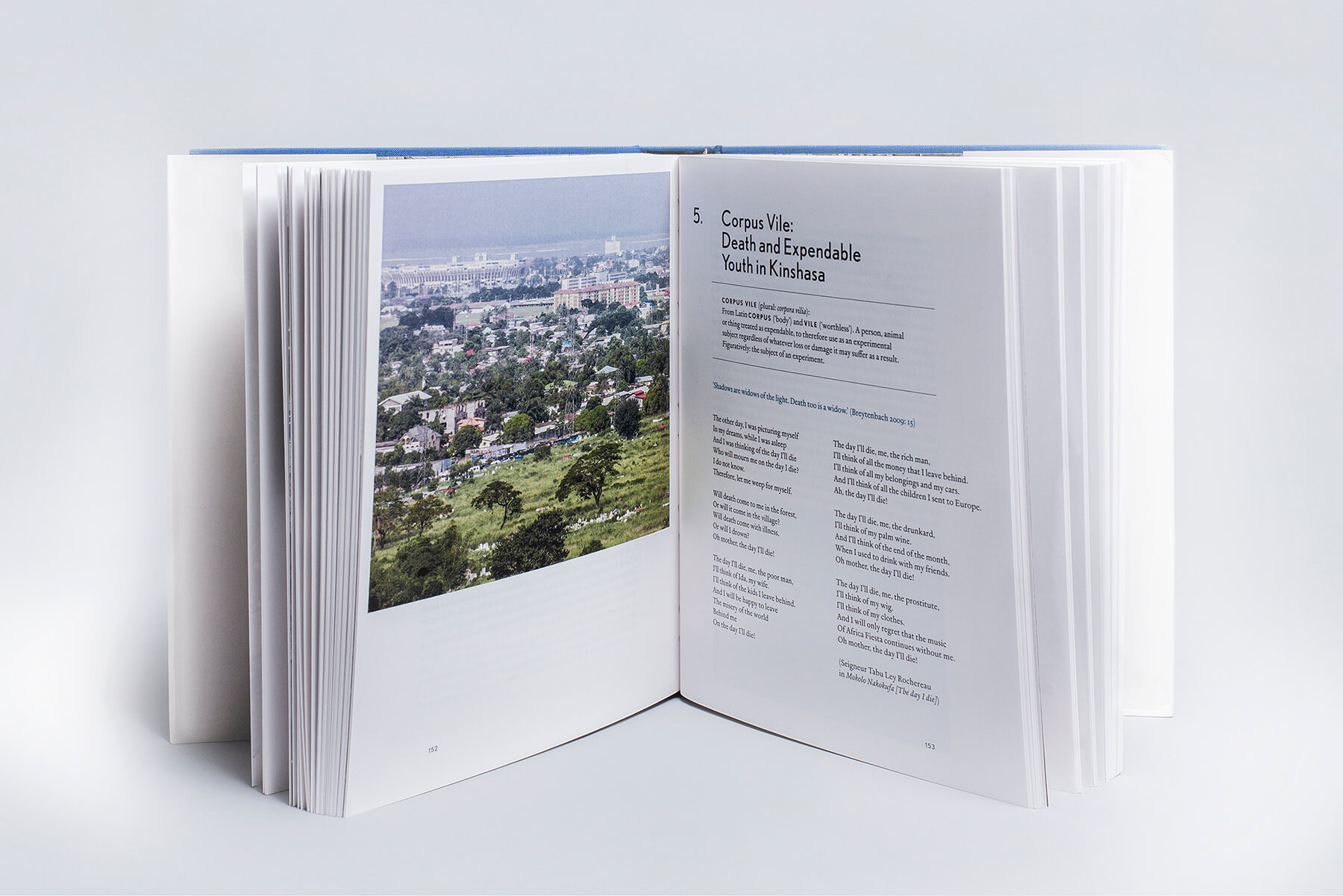 This publication was produced in conjunction with the exhibition Urban Now: City Life in Congo, which was on view in 2016 at the WIELS Contemporary Art Centre in Brussels and the following year at Power Plant in Toronto. Between March 24 and June 17, 2018 the exhibition travelled to Galeria Avenida da Índia to host this exhibition. The book is composed of photographs by Sammy Baloji and a theoretical reflection by Filip De Boeck on the urban changes that have occurred in the Congo since colonial times, and the repercussions in the social, political and economic fabric of its population.

“The present study is both textual narrative of life and place in the urban setting as well as a visual study of things that defy verbal narration: the city’s affective landscapes, its moods and the ways in which it ‘touches’ its inhabitants. This is completely different from a verbal narration, from what people themselves say about their city and what I, as an anthropologist, can narratively capture about the city. It is a dimension that photography can provide. It is said that photographs objectify, render static and freeze. Depending on how the medium is used, however, they can also do the opposite: they can make the city a particular kind of fluid, living subject. In this way, Sammy Baloji’s photographs have helped me to take in and understand – and render – the feel of the city.”