A Vida Está Lá Fora [Life is Out There] 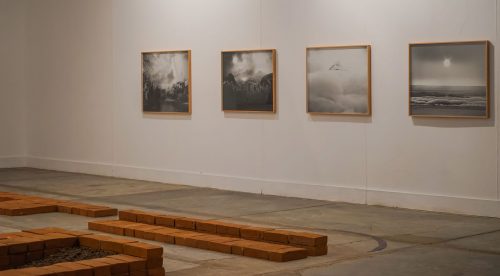 A VIDA ESTÁ LÁ FORA [Life is Out There] is a group exhibition, conceived by the students of the first edition of the post-graduation course in Curatorship at the Faculdade de Ciências Sociais e Humanas da Universidade Nova de Lisboa.

After the invention of perspective as a system of representation, figuration moved to the place of the spectator – to the way in which the world appears to him or her and questions the gaze and the senses.

Thus, the exercise of representation has become disinterested in the real, preferring to explore the mechanisms that perceive it or its simulacrum: a system of artifices that is ever more skilful, ever more distant from the origin. Now, the simulacrum is not a presence, it is an absence because to represent is to substitute and transfer.

The simulacrum, at the limit of its perfection, fixes a parallel reality, which is controllable and therefore preferable to the original. Paradoxically, it also seems to guarantee a kind of “immediate access to the Real”.

For example, theme parks and reality shows convey the idea that the true experience of the world and social relationships must be artificially intensified to be perceived as authentic. Thus, this title both suggests a nostalgic ramble and an insurrection against the simulacrum that encloses us and calls us to move outward. A VIDA ESTÁ LÁ FORA [Life is Out There] launches an invitation to a journey in which we categorize the simulacra into three themes.

In a first moment, in an imaginary context that we will call the COMMITTEE, the social agglomeration and the utopia of understanding are evoked. Language unites humanity in the same proportion as it divides it, organises it according to levels of power and stratifies it bureaucratically. Whether as an instrument of remote control or as a mirage of rupture, freedom and understanding, communication is populated by the interferences of a babelic curse.

In this conceptual cloud, the viewer encounters the propagandistic cacophony in Susana Gaudêncio’s video, the reduction of a sense and content into a fundamental text via its transcription to digital code in the work of João Onofre, or the work by Pedro Barateiro, where the “argumentation” of the elements is replaced by “negotiation” and the “exchange” by “consumption”. In a second moment, in the CINEMATOGRAPH zone, an immersivity mechanism is articulated.

The experience in cinema is firstly physical: the silence and the darkness, simultaneously individual and collective. The heartbeat and the intermittence of breathing become audible in the dark. Once the projectionist is awake – with every speck of light in the gear, in the noise, in the blur, in the dissolution of the image – he operates the same way memory does: anachronistically, in superimposition, live, deferred and looping.

This is how the installations by Susana Anágua and Daniel Barroca reverberate. As a simulacrum of the eye, cinema directs the gaze and controls its indiscipline. The lens is a prosthesis that overcomes the limitations of the gaze and extends the depth of field. When the diaphragm contracts to its maximum closure (João Paulo Serafim), it would almost return us to darkness, were it not for the ghosts of the image and retinal persistence (José Luís Neto).

In a third and last moment, an imaginary GARDEN prefigures the perfect replica.

Vaguely evocative of recreation, gardens and parks are spaces that give way to leisure and conviviality in the open air. They are moderately controlled and circumscribed by a fence, as in the compressed landscapes of Brígida Mendes.

Today they are the product of an idle post-industrial society, which has lost orientation for a return to wild nature, and which is left only to decipher its archaeology (Marta Castelo) and continues in search for omens in the archives of pinned corpses.

This nucleus presents a twilight revisitation of “garden”, of distant echoes scrutinised by Nuno da Luz.

The still lifes, the absent landscapes, the taxidermists and the classifications in a stagnant, swampy and labyrinthine territory are summoned up in a nostalgic tone.

Following the assumption that the perception of realities depends on a variable chemical organism, Ricardo Jacinto’s proposal emerges from a strange architecture, one that nature replicates, inside and outside of us.

In António Júlio Duarte work one can detect a glimpse of voyeurism: between interior and exterior space we construct frontiers that delimit the public from the private.

Everything ends where it begins: at the horizon line, the omnipresent string that informs us of the orientations and measurements we have of the world.

This one is in an alley and hides a message. We approach it to read: A vida está lá fora [Life is out there] (the title of André Alves’ work of the same name).

The students of this post-graduation course would like to thank the group of artists and galleries that kindly and agreed to participate in this exhibition. 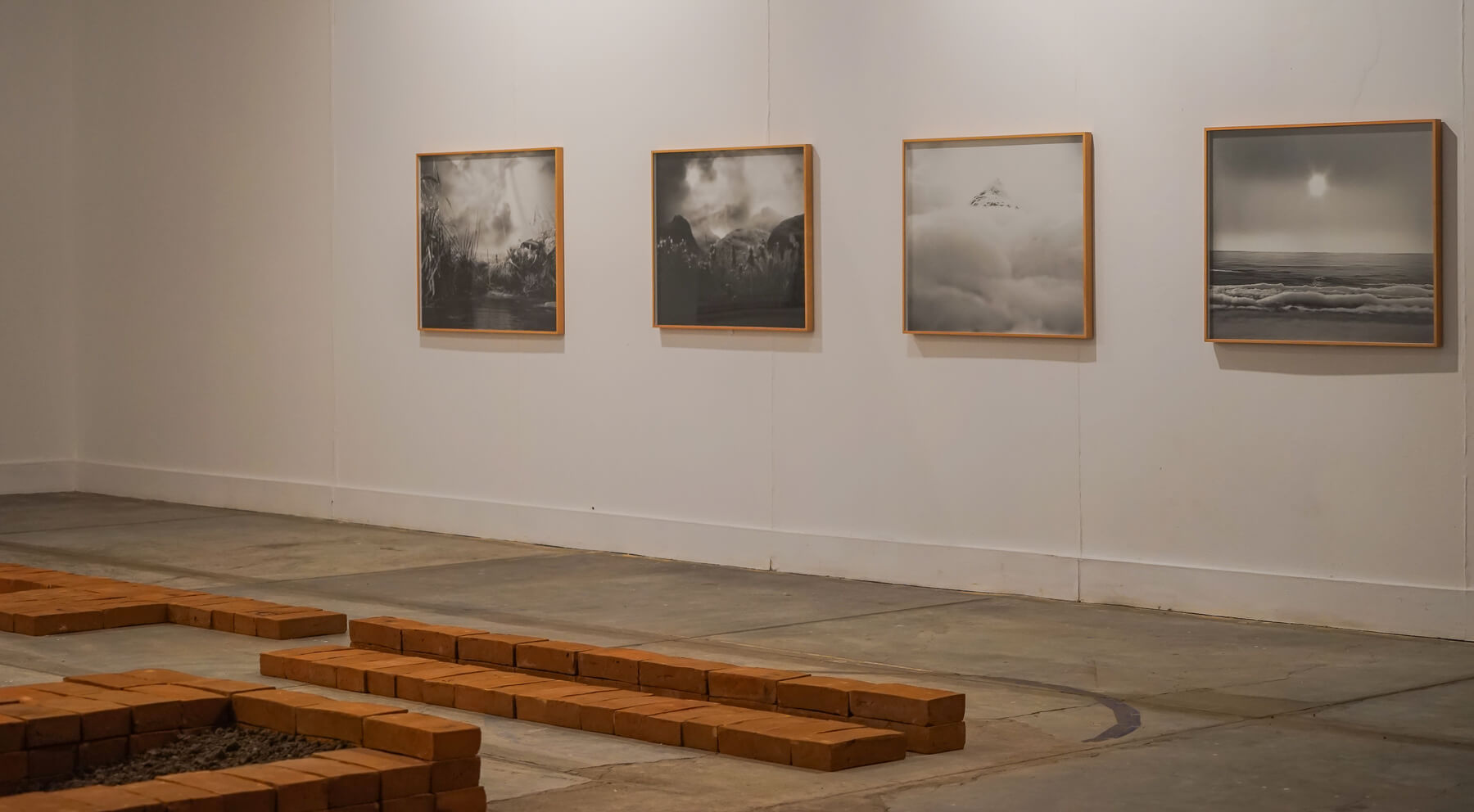 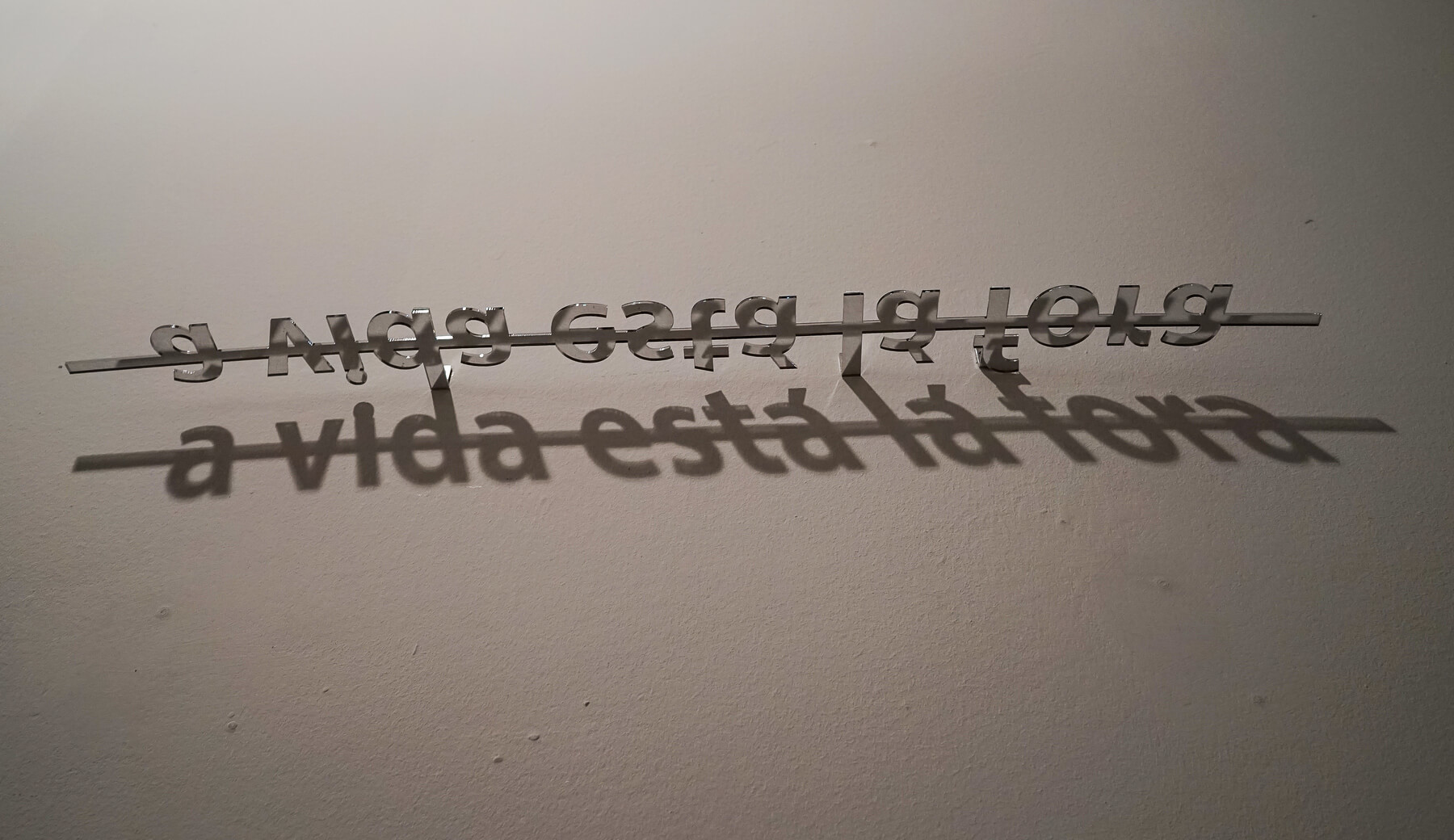 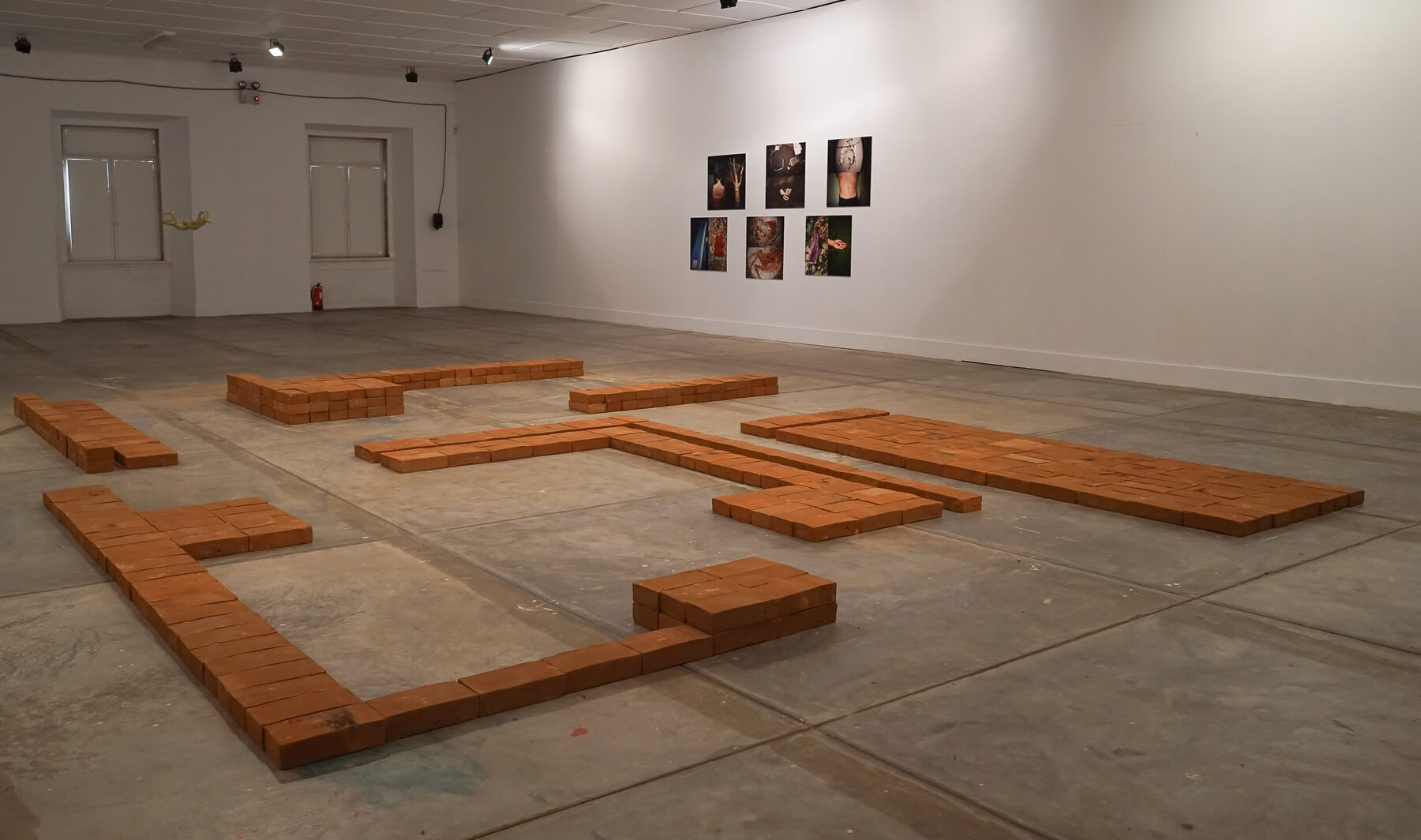 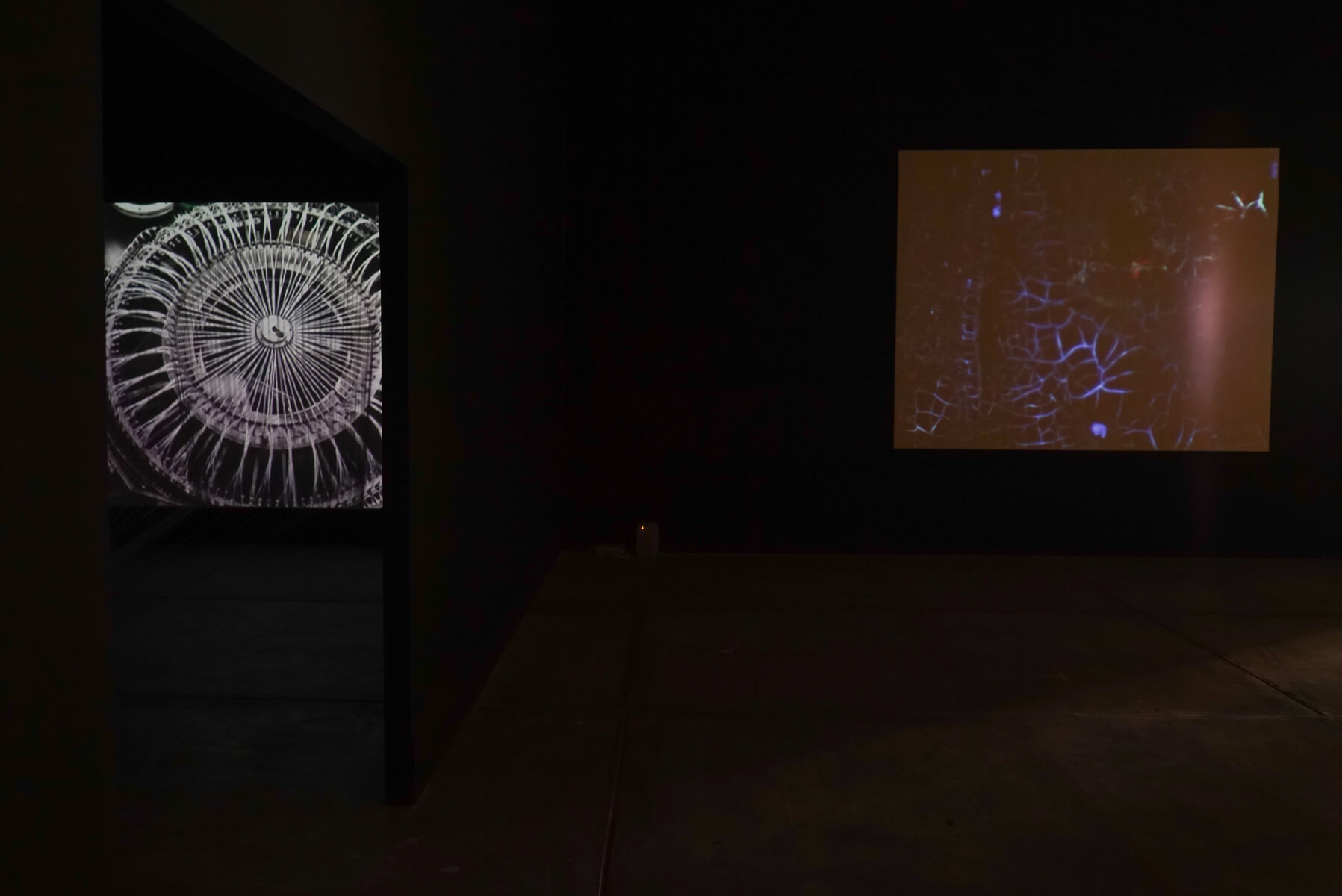 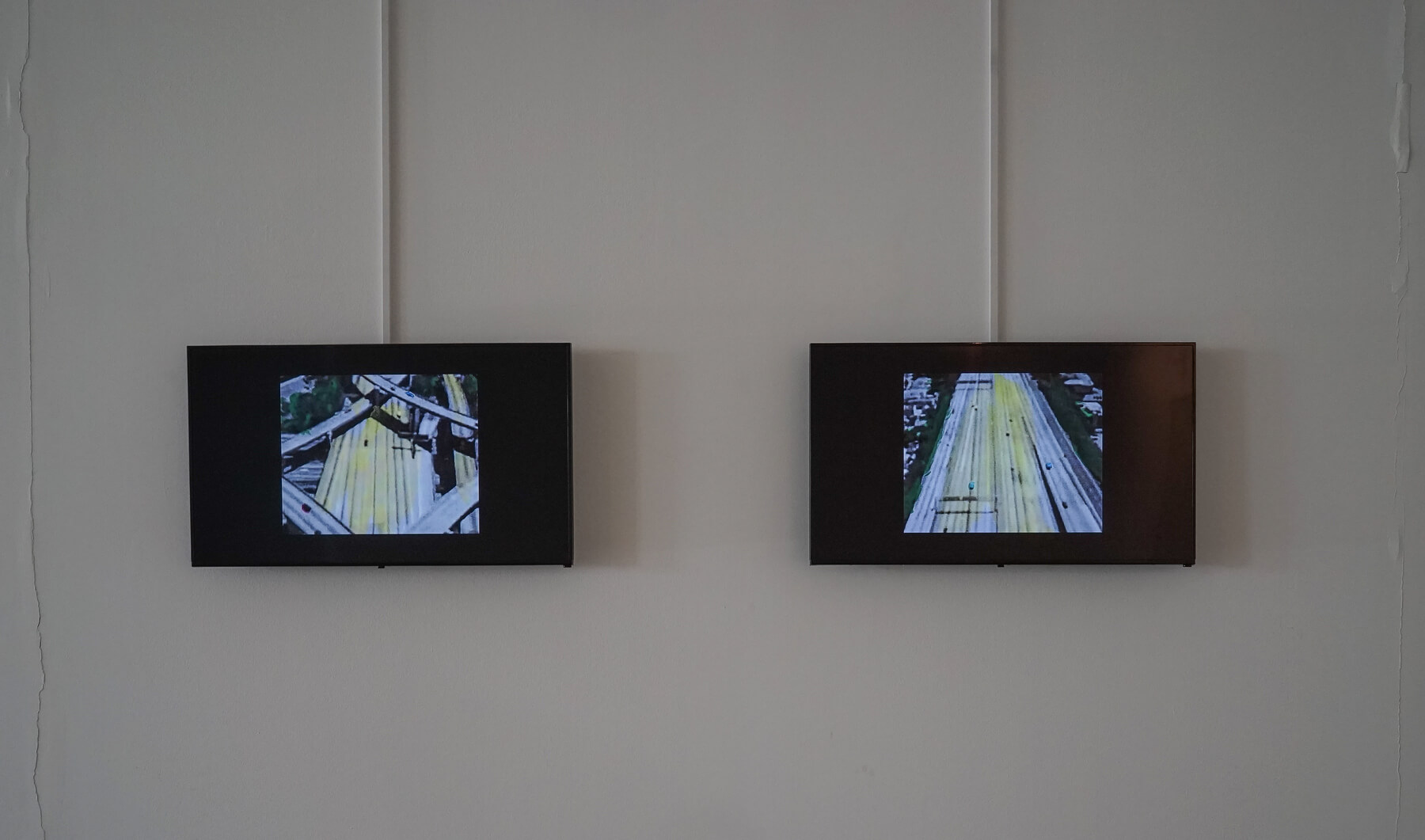 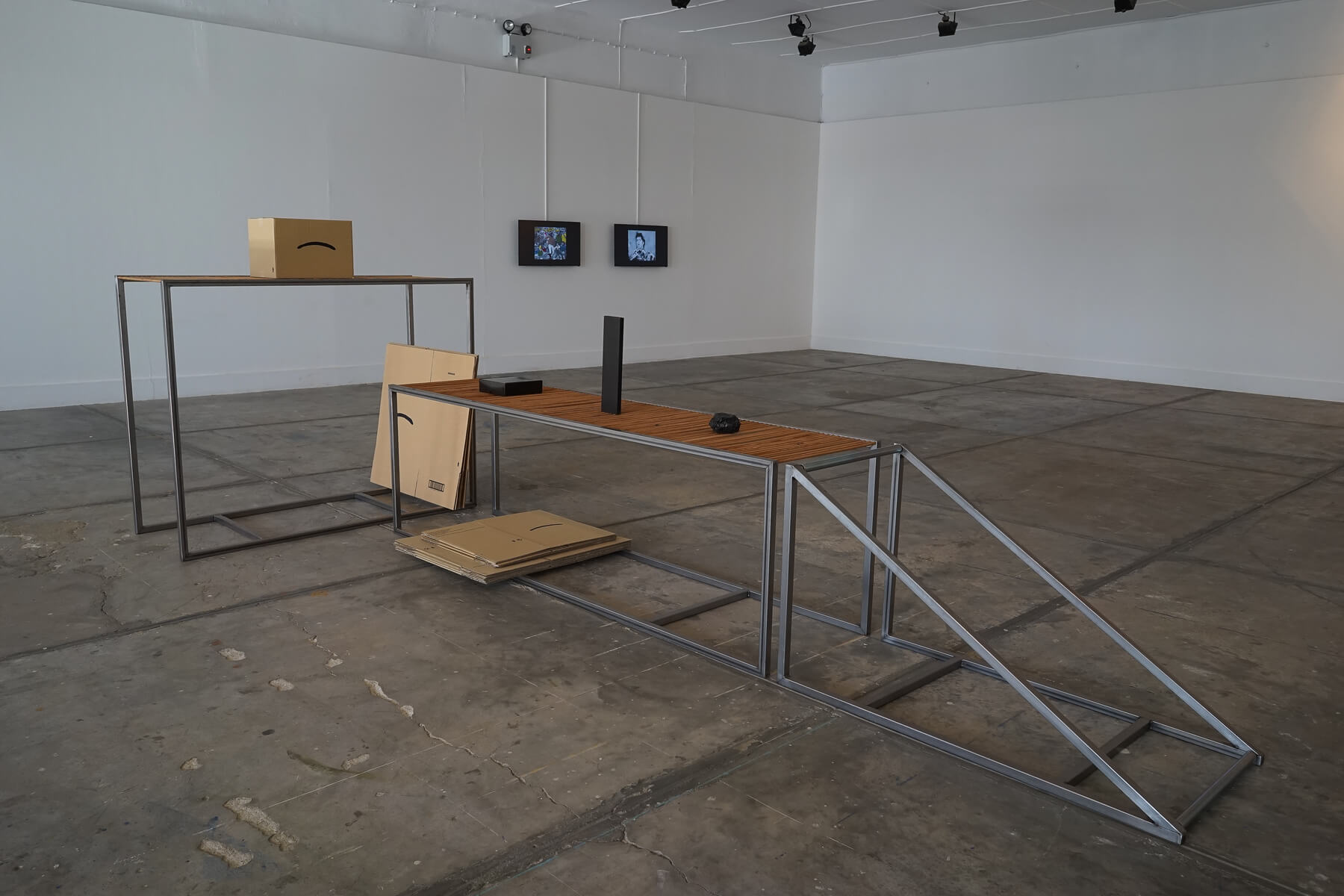 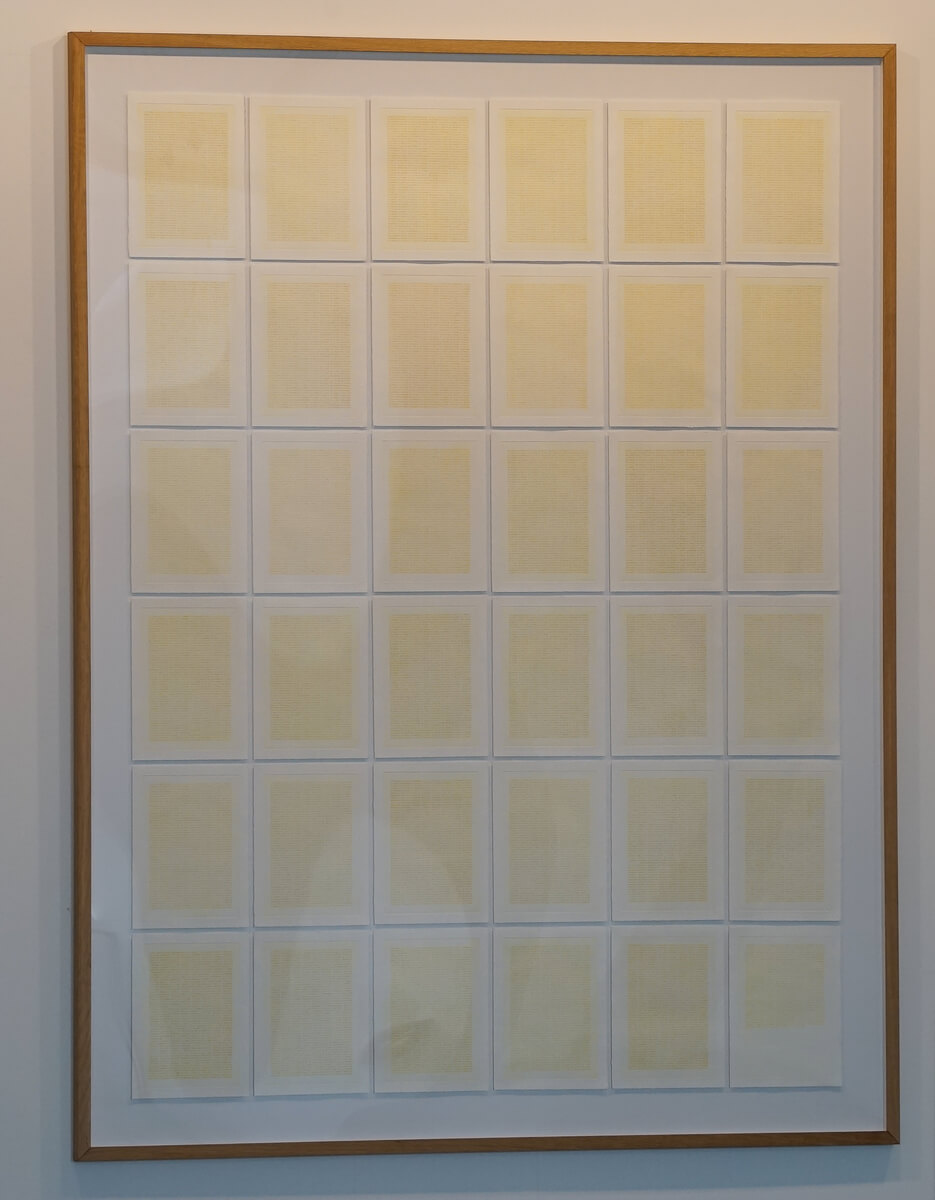