The works of Pedro Faria (Porto, 1976) have no relationship at all with his residency in Budapest two years ago. They represent a subsequent, posterior, relatively recent moment, in which the artist explores the arrangement and meaning of objects in relation to the body. At Galeria Quadrum, this intention is unambiguously revealed: we are presented with two slender cardboard columns, a stone, shiny black spheres on wood, welded and twisted iron and amorphous objects made of plaster.

The viewer is invited to wander among the objects, responding or not to their inducements, the appeals that they make. Nothing is imposed by the presence of the works. The artist is very aware of the protocol of the white cube: the sacred aura it creates, but also the interpretative possibility that it opens and the fictions it makes possible and liberates when it is activated by the power of the artistic gesture. It would not be inappropriate to note Pedro Faria’s enjoyment of intervening in space. Seeing what that space will do to the objects and vice versa.

Pedro Faria studied architecture and, following a fine art degree in Glasgow, turned to contemporary art, which he considers more flexible and encompassing, allowing him to operate in a less constrained sphere. ‘Each and every architectural project, even the most utopian, is based on a given spatial program which, in turn, carries with it an idea of occupying the world, or of the relationship between human beings and the world. It is exceedingly difficult to deal with this program and not immediately be within a specific sphere of meaning, which has its own symbolic and historical connotations. At the same time, there is always a place even when it is negated, in short, there are various starting points for each project which will largely shape its outcome. And this left me feeling paralysed’.

In art, Pedro Faria has not encountered this discreet dominance of end results, or the same prescribing of principles or operating concepts. What he found instead was ‘aesthetics’ as defined by Kant: purposiveness without a purpose. ‘As an artist I could talk about what I understood was important or possible to talk about. I could explore the aggressiveness of certain presences, the lightness of others, the somewhat false solemnity of the cardboard columns, the deceptive weight of the black balls, the memory of a dried up plant. I had a much greater and operational choice of the context where to move, without playing with a deck in which certain cards had already been marked by someone else. The practice of art is full of constraints, but it seemed to me easier to manipulate them without destroying the freedom to create various meanings, and the references for which I am principally responsible’.

Pedro Faria uses materials from diverse sources. Industrial, organic, manufactured, found or otherwise. Cardboard, clay, plaster, iron. Plastic, wood. A plant, mineral wool. Following a not always explicit intervention by the artist, the materials are then delicately juxtaposed. Two cardboard columns are topped by hollow plaster half spheres. A dried up plant drips from a black plastic surface. A strange small lucky foot fetish projects from a plaster plate on the wall. The viewer’s first reaction is to examine the origin and form of the works. Separated from each other, they are interrogations in and of the space. And ‘sculpture’, ‘paint’ or ‘canvas’ might be answers. But the artist does not reveal his hand. His work is, after all, enveloped in chance, intuition and humour.

‘They run through everything I do (associated with confrontation, with trickery, with subtlety…) and to disentangle these tools is impossible for me, because they are activated subconsciously and I try to watch them rather than control them. But I would say that they are ways of undermining any programmatic temptation. I don’t like being captive to a very specific or clear sphere of meaning, which is why I also avoid texts that contextualise the work or pieces in a way that seems to me too directed towards a specific end. This reaction against clarity of meaning makes me appreciate the chance events that occur in every process of work, using intuition to unravel them or simply whether a piece works or not, and humour as a way of deflating any excessive seriousness. I’m naturally elusive when I put something out in the world, since I prefer people to form their own opinions and intentions when they look at the work without mine taking over their consciousness. I feel obliged to throw the dice precisely and with restraint, so that the game can take place with some effectiveness, but the reading – or fortune telling – of these dice ideally takes place on the other side, by whoever receives them once I, as the artist, have withdrawn’.

Welded iron is welded iron, spheres are spheres, a stone is a stone. Yet once this is recognised, the encounter with the artistic object, in terms of perception and thought, is unconstrained. ‘Essentially, I am a strong believer in each person’s power and capacity to write his or her own stories and I prefer not to intrude too much in them. So intuition, humour and chance are simple ways of moving beyond my initial ideas and arriving, ideally, at a place where both the viewer and I are lost from ourselves – in order for each of us to find our own way through the work. Without these tools, the things that I make tend to be somewhat obvious and tediously clear, the fruit of a mind and not of a desire for escape: escape from oneself, escape from the everyday world, escape from the trap of understanding’.

Underneath a stone a light blinks. On two geometric mineral wool surfaces there are two amorphous masses of clay, creating a tactile and chromatic contrast. The spheres which balance on wood turn out to be made of iron. And there is an unsettling plaster and mortar being which threatens to move at any moment. The viewer who faces these objects is not offered a programme, or a preplanned direction, but is left to the solitary independence of his or her experience. Or to the freedom which lies dormant in his or her ability to see. ‘The desire to understand and dominate the world by reading what is around us seems to me to be too present and too fearful, since it often corresponds to a desire for death, to a desire to control what is by nature fluid and unstable. Somewhat immodestly, I would like to contribute to ensuring that we understand less, conclude less and as a result, see more’.

In Pedro Faria’s working process there is no privileged space, no space which is more important than others. While the studio is important, this doesn’t mean that the artist’s involvement with the street or the house is secondary. ‘Ideally I would like to work across all these spaces, converting them into one large space, moving fluidly and almost imperceptibly between them. This is the result of a somewhat exaggerated desire to create an undifferentiated sphere where art and life are combined and become just one thing’.

Like many other artists, Pedro Faria wants to break down the distances that separate art from daily life, while starting from a consciousness of the difficulties, of the impasses implied by this task: ‘I still haven’t done it and I haven’t promised myself that I will manage, but the desire for unity of art and life, which is a way of saying unity of work and rest, of consciousness of oneself and consciousness of others, and of the everyday and adventure, is a desire which I’ve had for years, in parallel with the desire for meaningful freedom that led to my move away from architecture. Basically, I suppose I want to operate in as expanded a field as possible, both at the symbolic level and at the level of my experience of myself, of others and of life. This desire to mix art and life seems to me to affect many creators, and I have been trying to refine it within the typical limits of megalomaniacal intentions: a path which leads me to mistrust ‘studio practice’ and drives me to look for an ‘everywhere practice’, in which the everyday in its marvellous and terrible banality merges with the movement of abstract flight which art seems to me to always be’.

Pedro Faria knows that there is a paradox, but he embraces it since it is the point at which his art emerges. A fecund, fertile, vital paradox. ‘Art implies distance in relation to the world in order to allow the founding of a precise symbolic sphere, and the desire to dive into the world without obstacles is contrary to it. But it is a paradox which tantalises, and which provokes anxiety and progress, fear and conquests, thus becoming useful as something which drives art and life’. 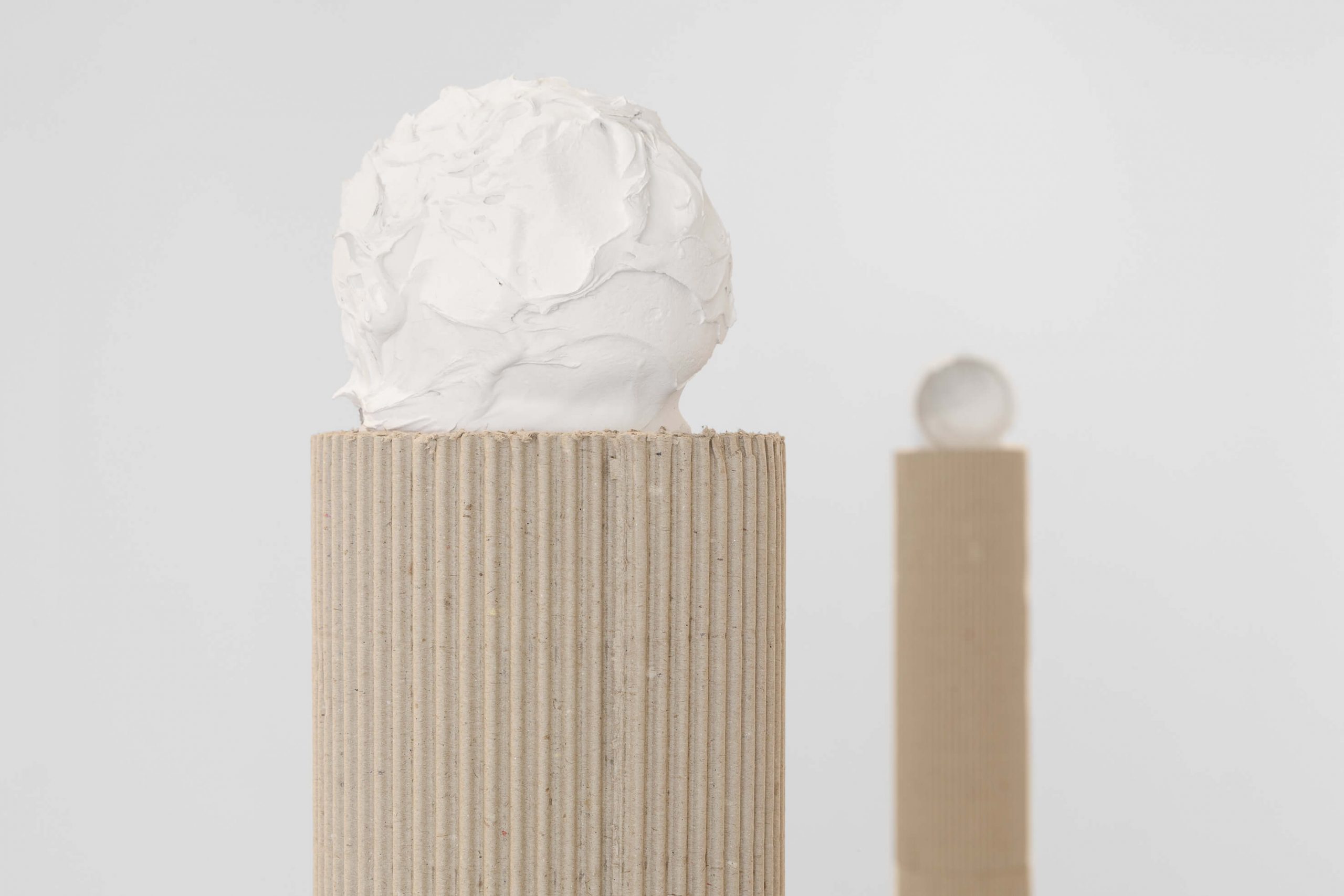 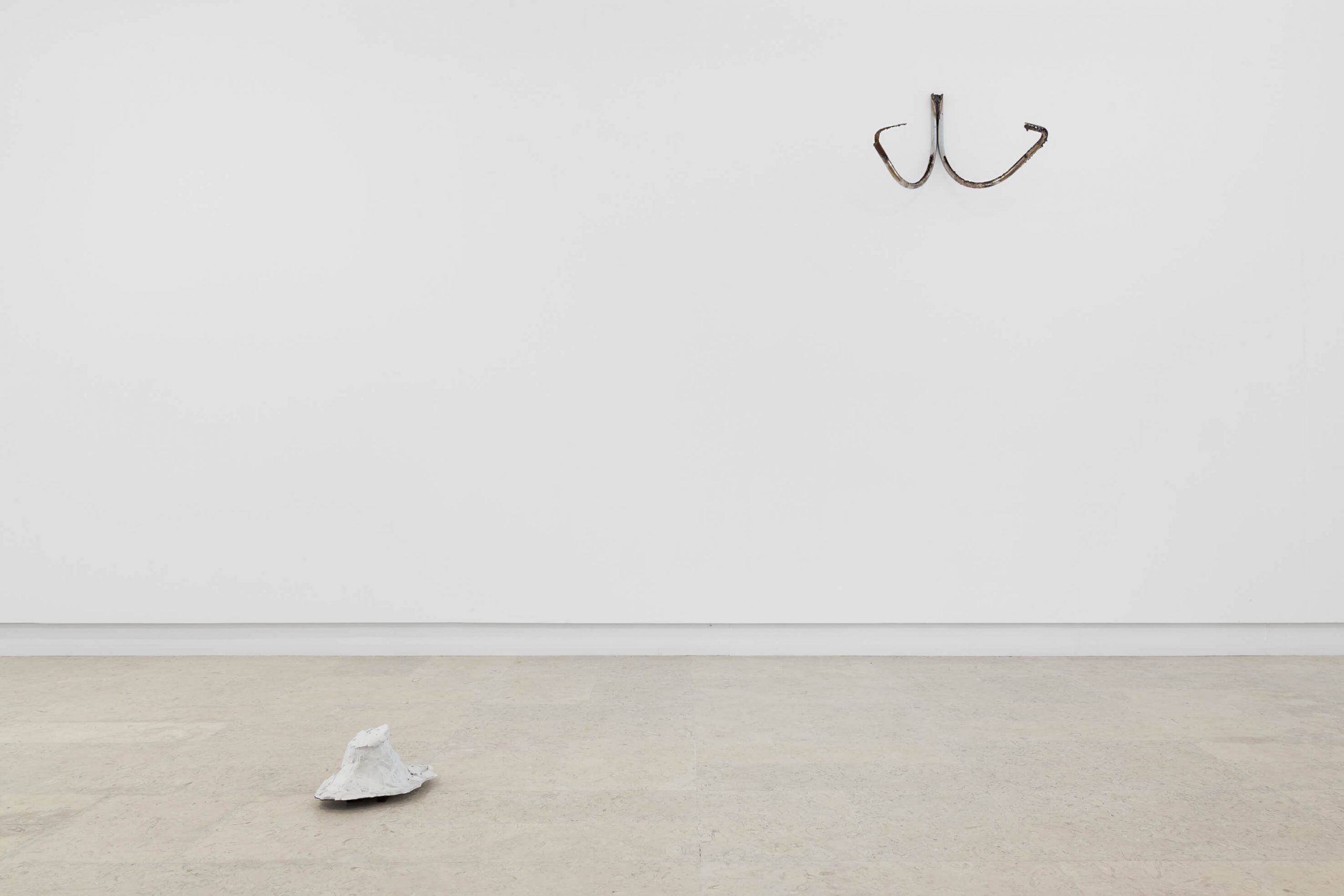 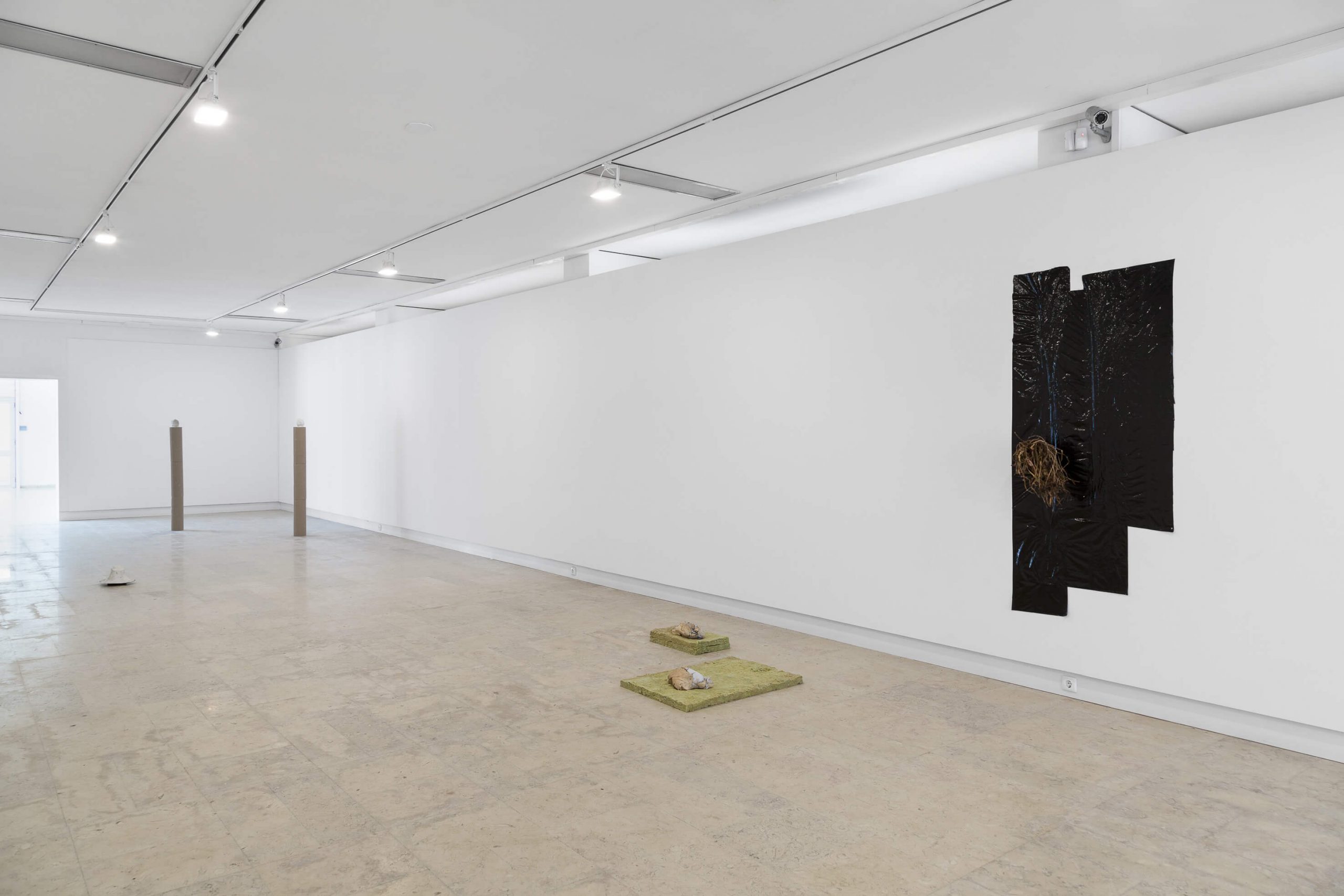