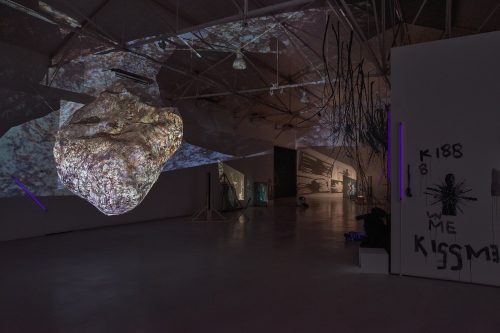 Homo Kosmos (cough cough) by Tiago Borges and Yonamine continues the artists’ collaborative journey from where they left off their diamond shaped AfroUFO in São Paulo (2014). AfroUFO was made exposing the sweat and scars of those never contemplated by history. A history that has not “cured” anything yet but instead perpetuates injustice and racism into the present. Thus, AfroUFO conjured Lee Scratch Perry’s call for consciousness, righteousness and godliness[1] and represented the possibility of simultaneous resistance, manifestation and flight towards the dystopias and utopias of the African continent and a future set within the aesthetics and anxieties of the post-Internet universe.

One life cycle and almost seven years later, it seems spirits have changed, and the mood has gotten darker. After the worldwide spread of Covid-19 we find ourselves emerging from a lockdown, experienced by those who could afford it. Yet, lockdown has been an institution imposed on the artists already during childhood in Angola. The Angolan Civil War broke in 1975 – shortly after the peaceful carnation revolution woke Portugal from the Estado Novo – and almost exactly 400 years after the Portuguese established their first colonial settlements in the territory during 1575. This civil war fared for more than 20 years and through 2002. Much of their everyday life took place under a permanent state of alert. Prevailing notions of curfew and police violence today evoke Bob Marley’s lyrics for Burnin’ And Lootin’ from 1973: “This morning I woke up in a curfew/ Oh, God, I was a prisoner, too, yeah!/ Could not recognize the faces standing over me/ They were all dressed in uniforms of brutality, eh!”

For Homo Kosmos (cough cough) at Galeria da Avenida da Índia, Tiago Borges and Yonamine have developed new works to create psycho spheres of cure, paving the way towards yet another cosmos with a new history. The artists are working with the idea of potency that translates possibility into actuality. A black-light lid ambience situates the viewer in a setting reminiscent of a laboratory. Visitors are greeted by a rock that reflects reality, past and present on multiple surfaces. The rock places us in relation to Planet Earth that has been exploited by human mankind, yet it also represents a launching platform for ideas and a mirror for reflection. Its different skins confront the viewer with a universal, critical and ironic view of techno-evolutionary vectors. These vectors speak about the acceleration of life that forces us to seek technological supports.

The more we are connected, the lonelier we become. With Homo Kosmos (cough cough), Tiago Borges and Yonamine address technology as a spiritual archetype, the inhuman speed imposed upon us by accelerated capitalism. A motor – or techno-financial, techno-linguistic and techno-informational automatism – that consumes energy and leaves behind waste and pollution that result from actions of investment, production and consumption: actions we might not be able to democratically dominate but instead are left to deal with once our jobs have become superfluous.

Yet, Homo Kosmos (cough cough) is also an invitation to understand distances that separate us from nature. In a bid to apprehend where we came from, we operate in a dreamlike state and struggle with the mystique of repair or a return to a supposed ‘normality’ that might never again materialize. “We must transform impotence into a line of flight away from the universe of competition”[2] states Bifo Berardi, hoping – together with Guattari – that from “chaotic hyper-sensitivity, a new cosmos could emerge.”[3] A set of pieces at the gallery composed of sculpture, shadows, moving image and sound evoke the notion of an all-encompassing Gesamtkunstwerk.

Thus, Homo Kosmos (cough cough) is akin to the Intensivist movement founded during 1948 in Mato Grosso, which “created a superimposition of images in order to achieve intensity.”[4] It is this kind of intensity that Borges and Yonamine are interested in. There is nothing more repulsive than the flakiness of an eventual possibility that might be surfacing if only we wait long enough. Their images, appropriated from nature, the streets of the world and created from an imaginative sphere oscillate between 21st century constructivist fury and fear, defense and attack. Homo Kosmos (cough cough) invites figures like yourself to help invent a new soundtrack for future realities. A ‘neo-human’ era where racism and discrimination are overcome, humanist ideals and solidarity are tangible, and the sky belongs to everyone: Black Star is a star in the astrocene of the Afro-imaginary.

1. In Go Down Evil published on The Orb’s The Orbserver in the Star House released in August 2012 on Cooking Vinyl / The End Records.
2. Berardi Bifo, Franco Futurability: The Age of Impotence and the Horizon of Possibility, London: Verso, 2017, p.94
3. ibid., p.29
4. Wlademir Dias-Pino in Intensified reading, expanded writing (a conversation with Wlademir Dias-Pino on intensivism, concrete poetry, process/poem and the visual encyclopedia), OEI #66 poema/processo, Stockholm, 2014, p.145 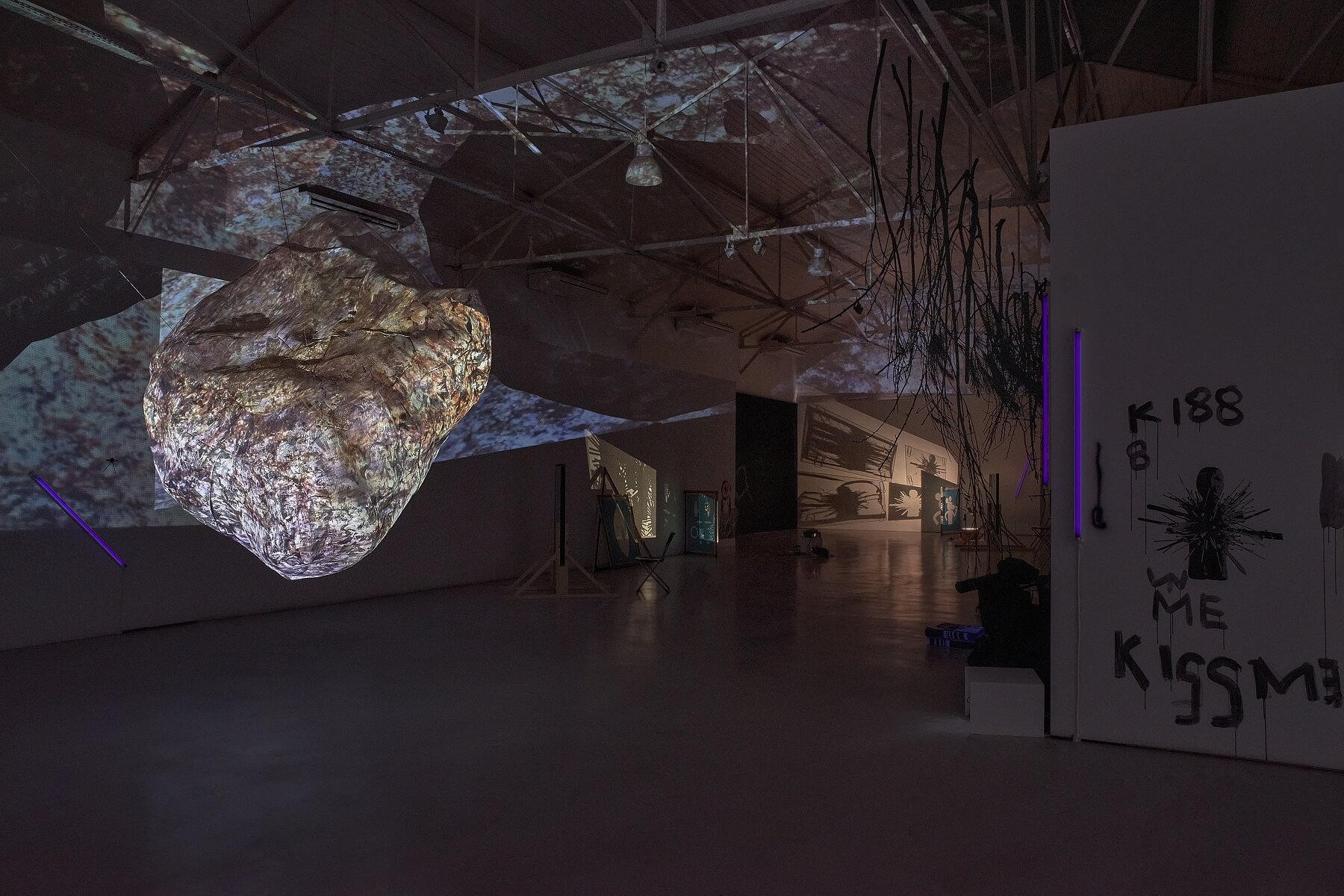 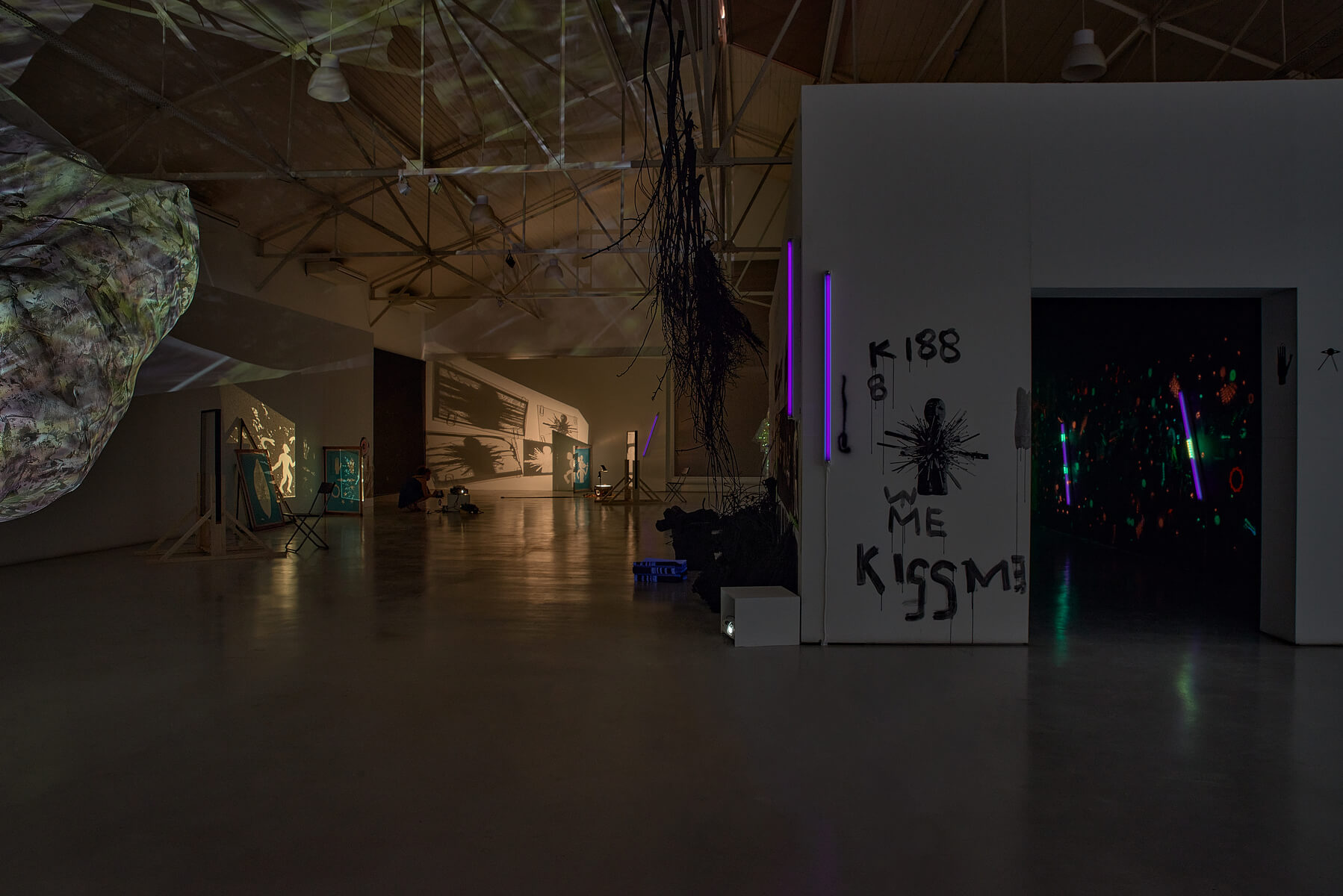 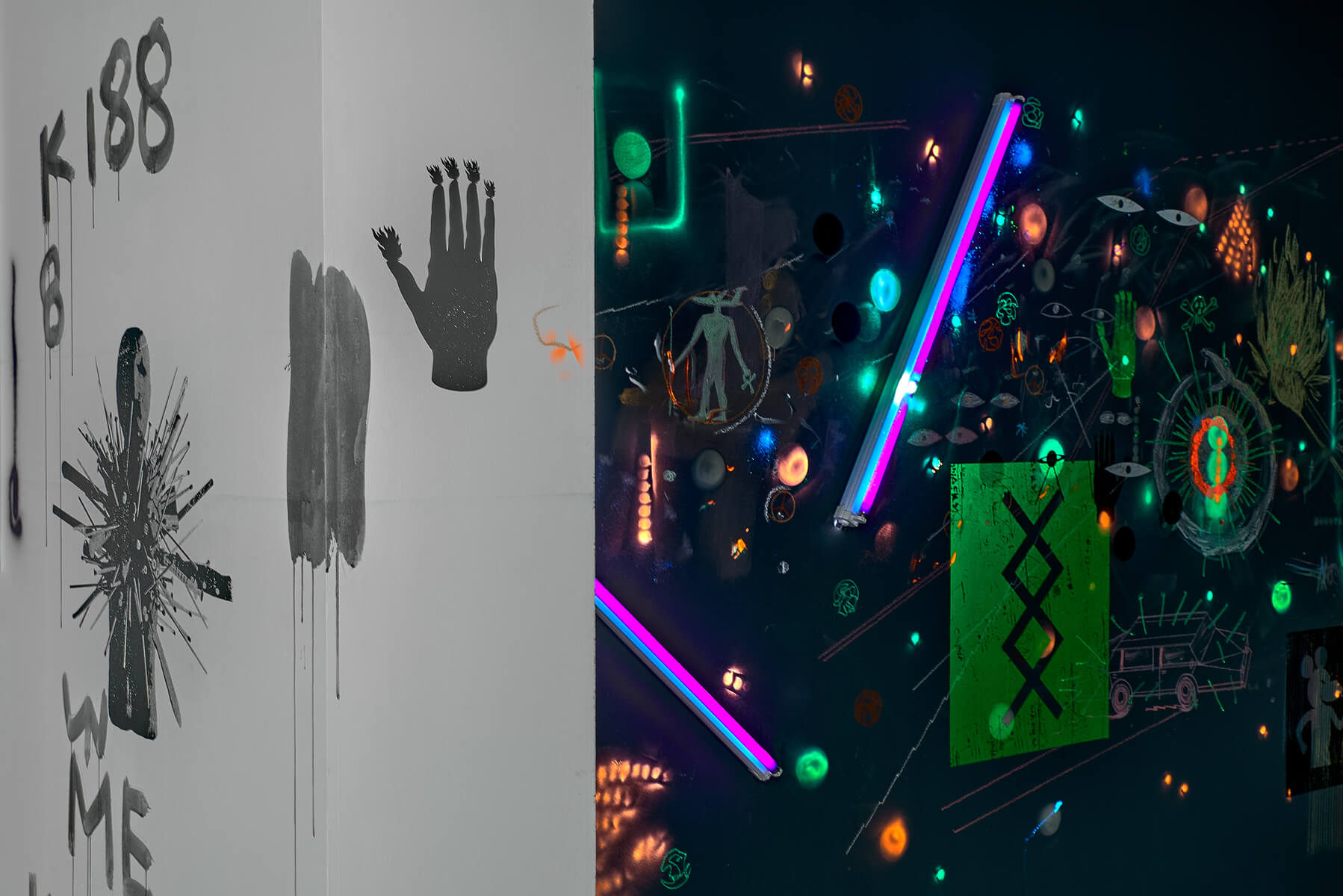 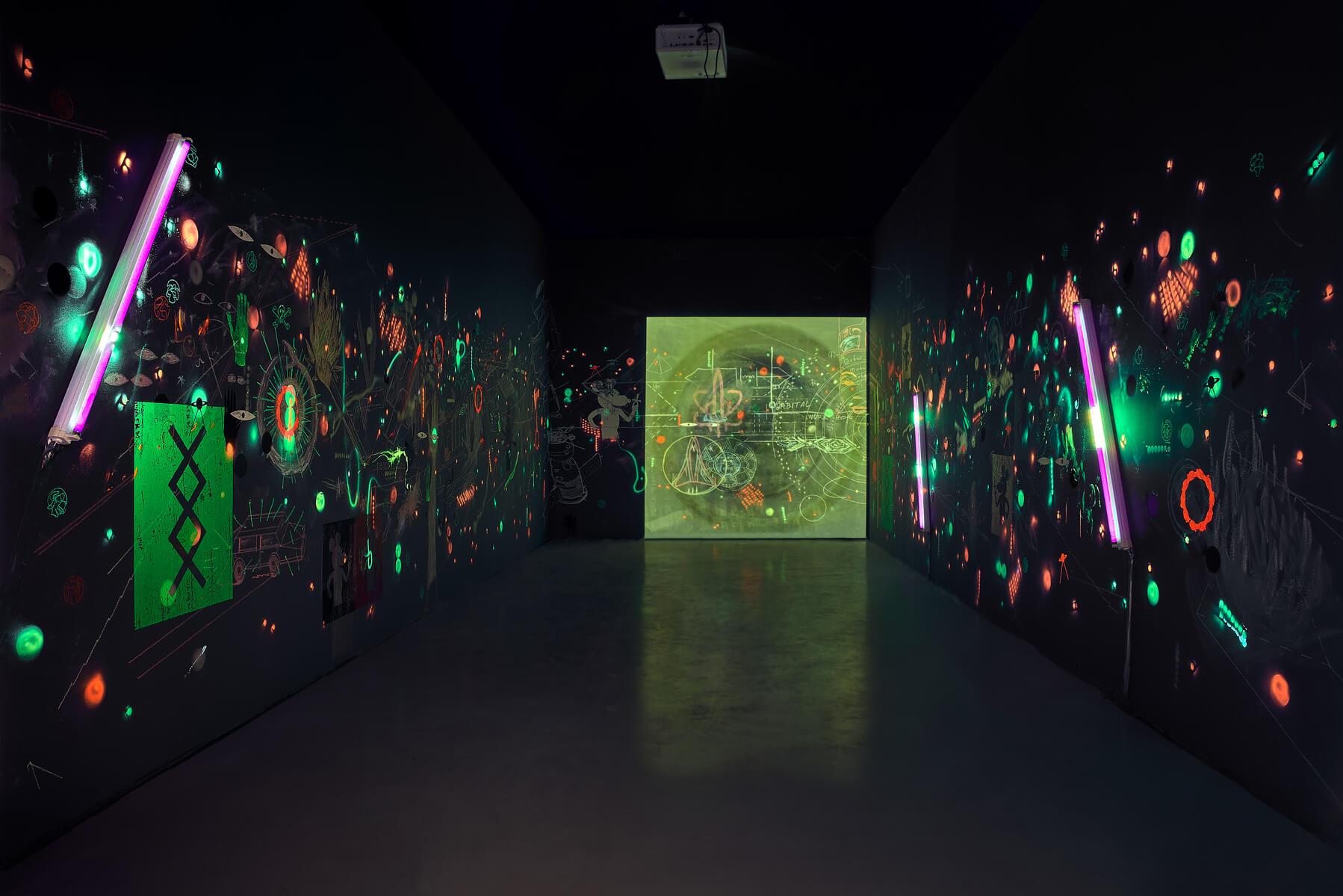 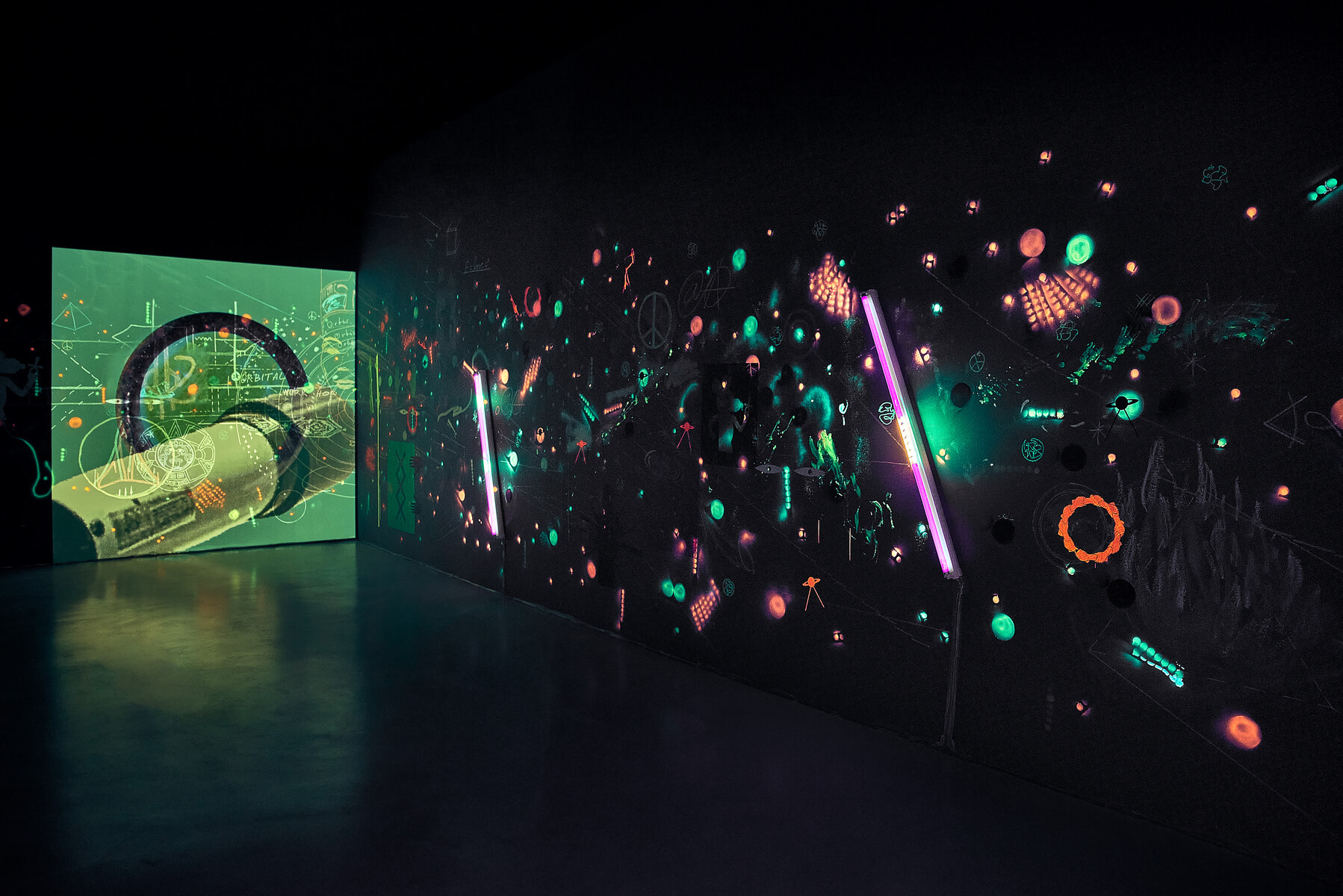 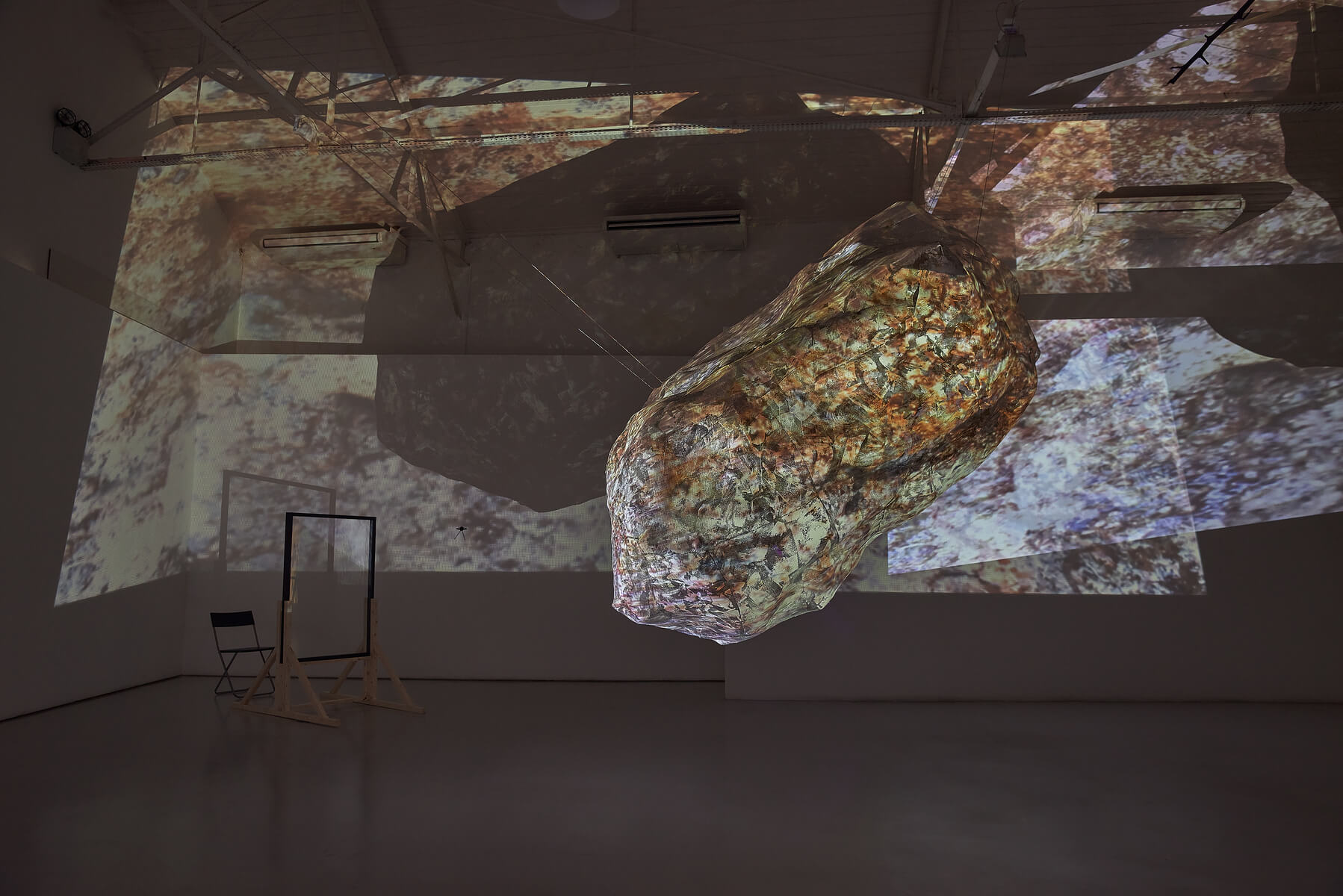 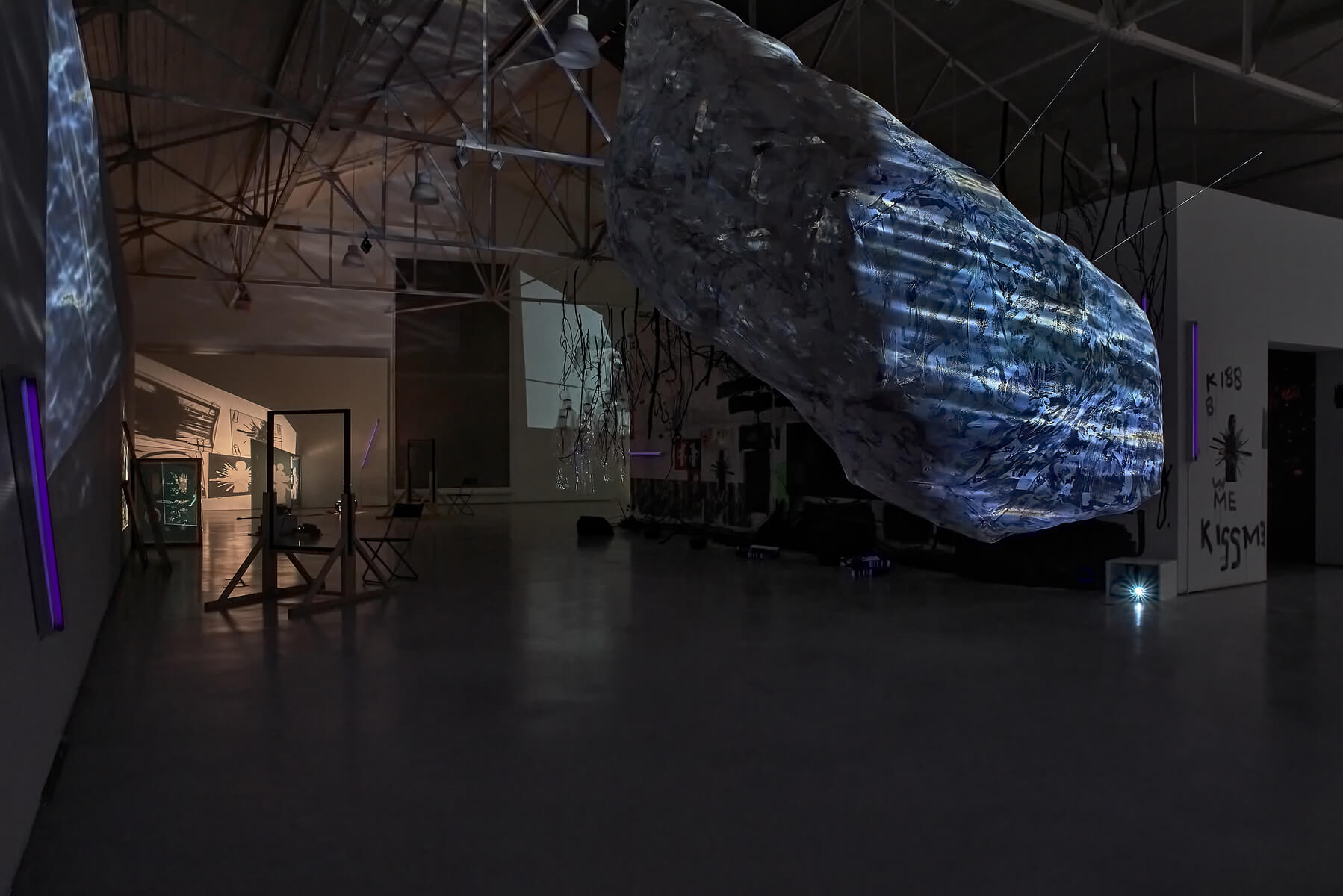 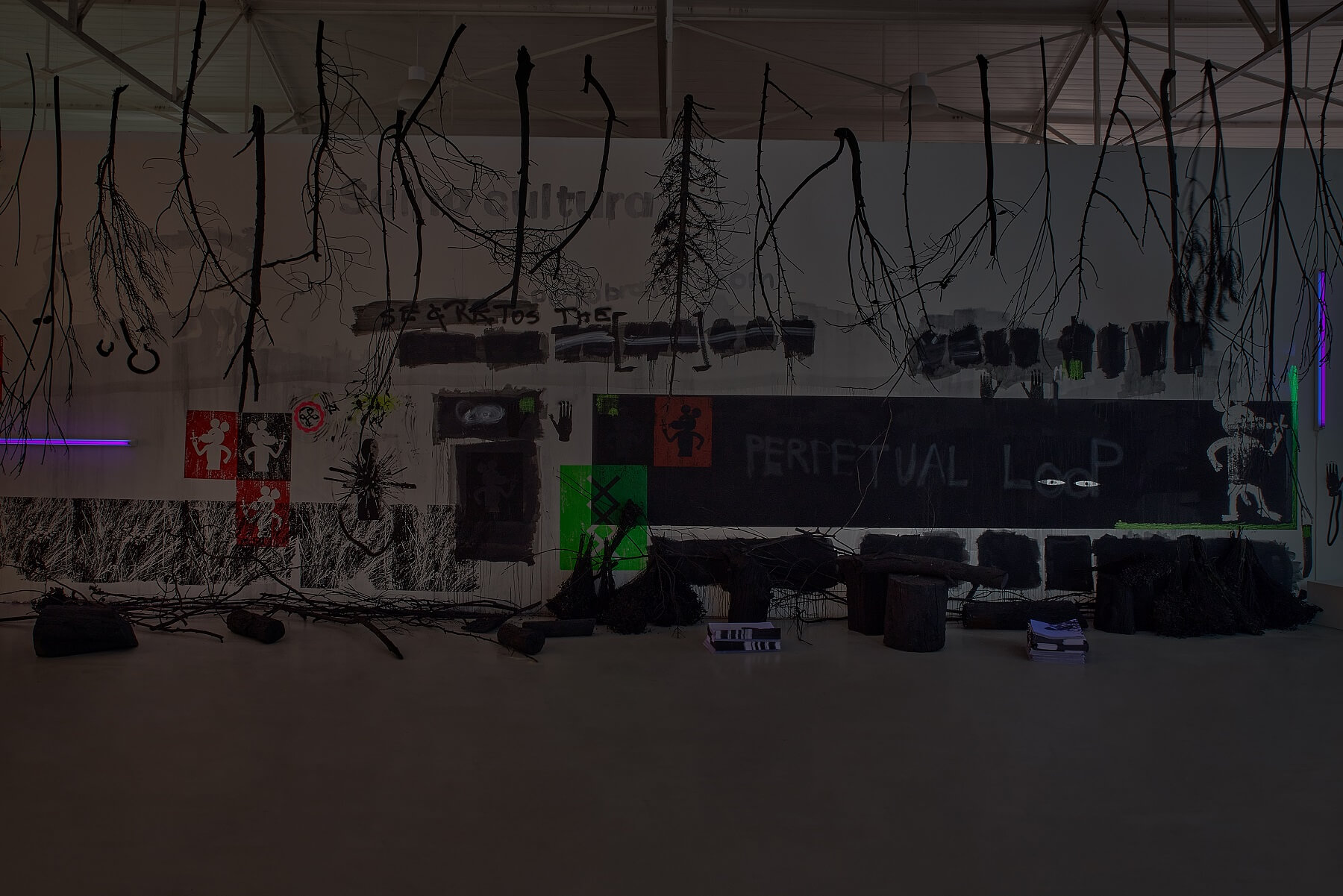 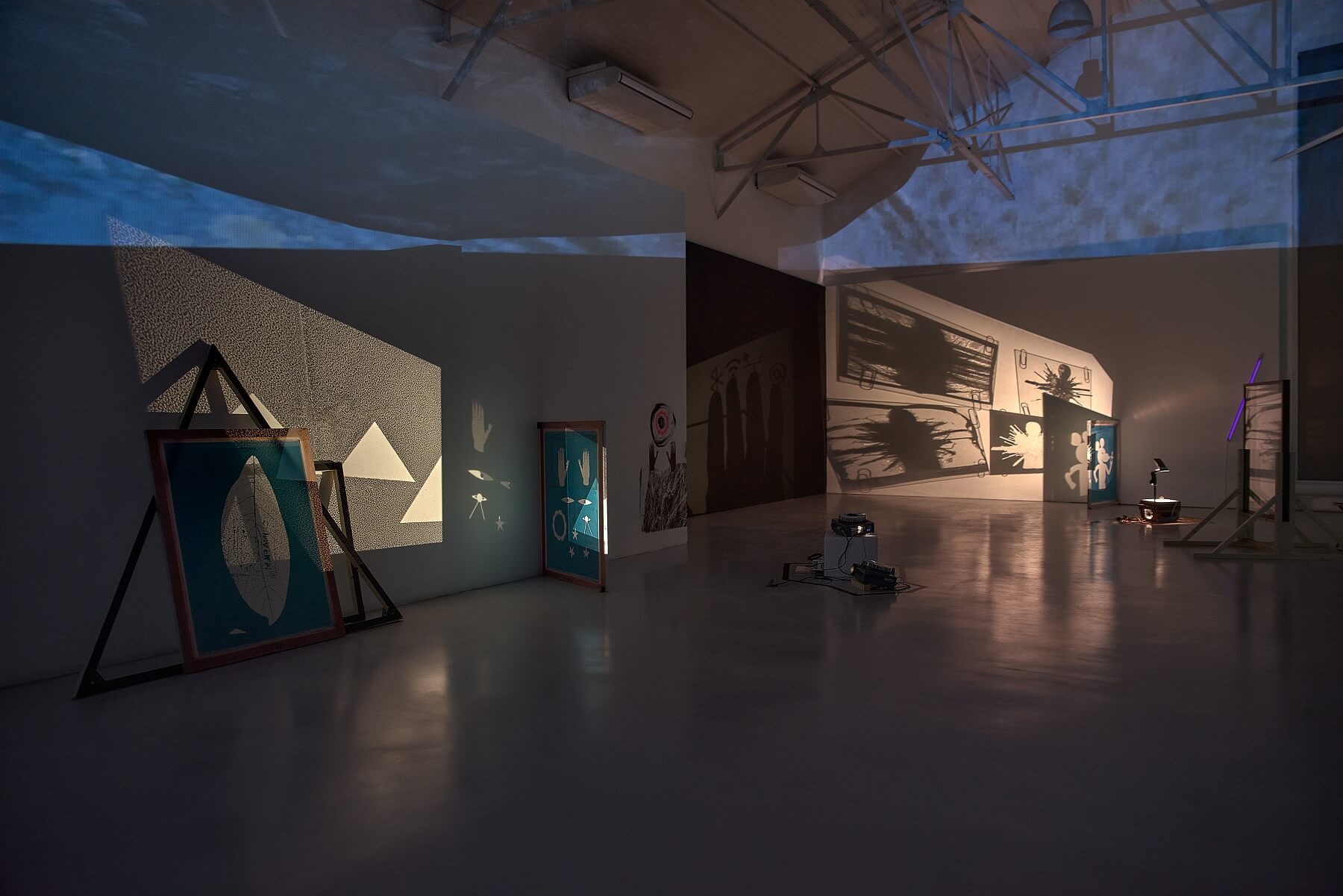 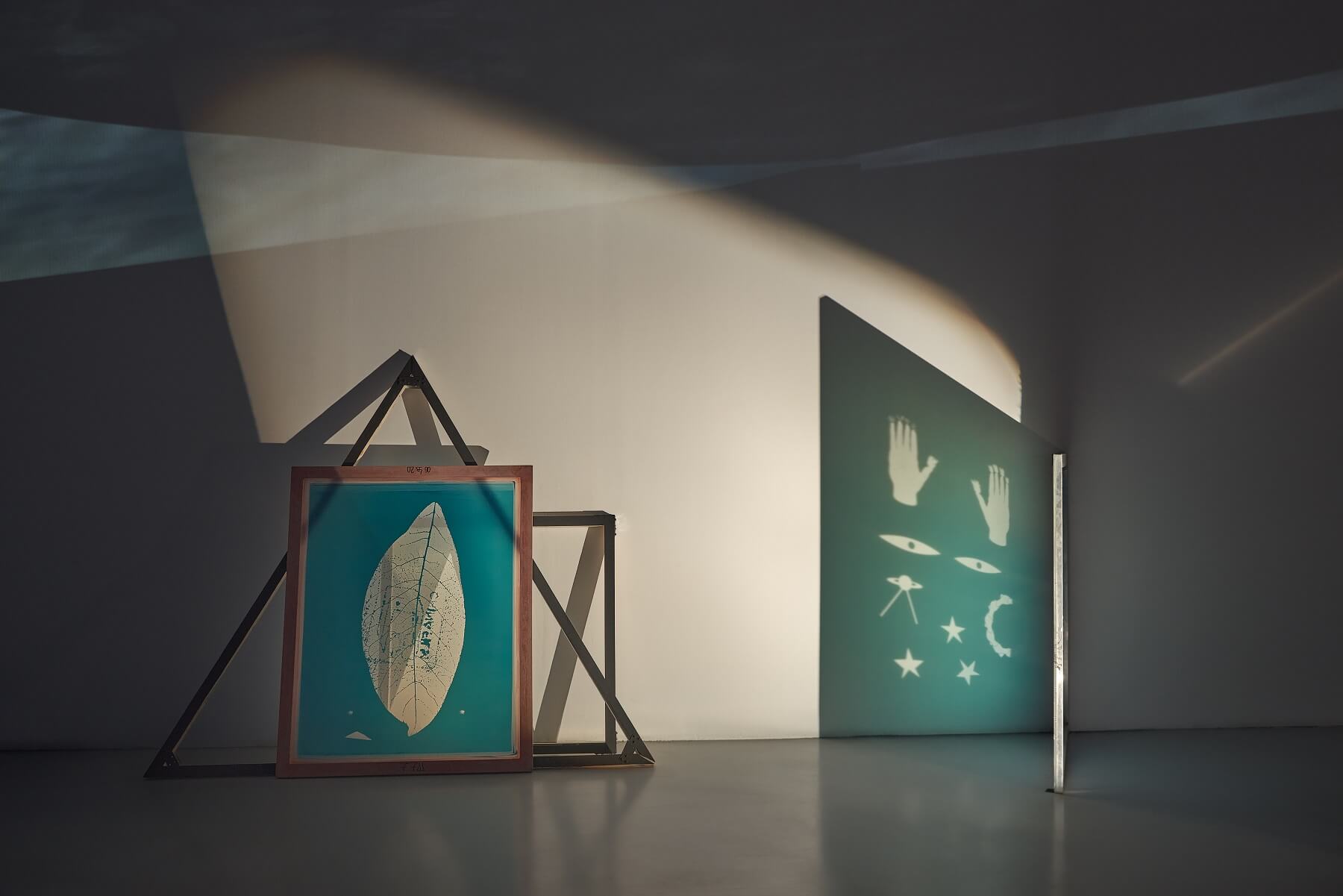 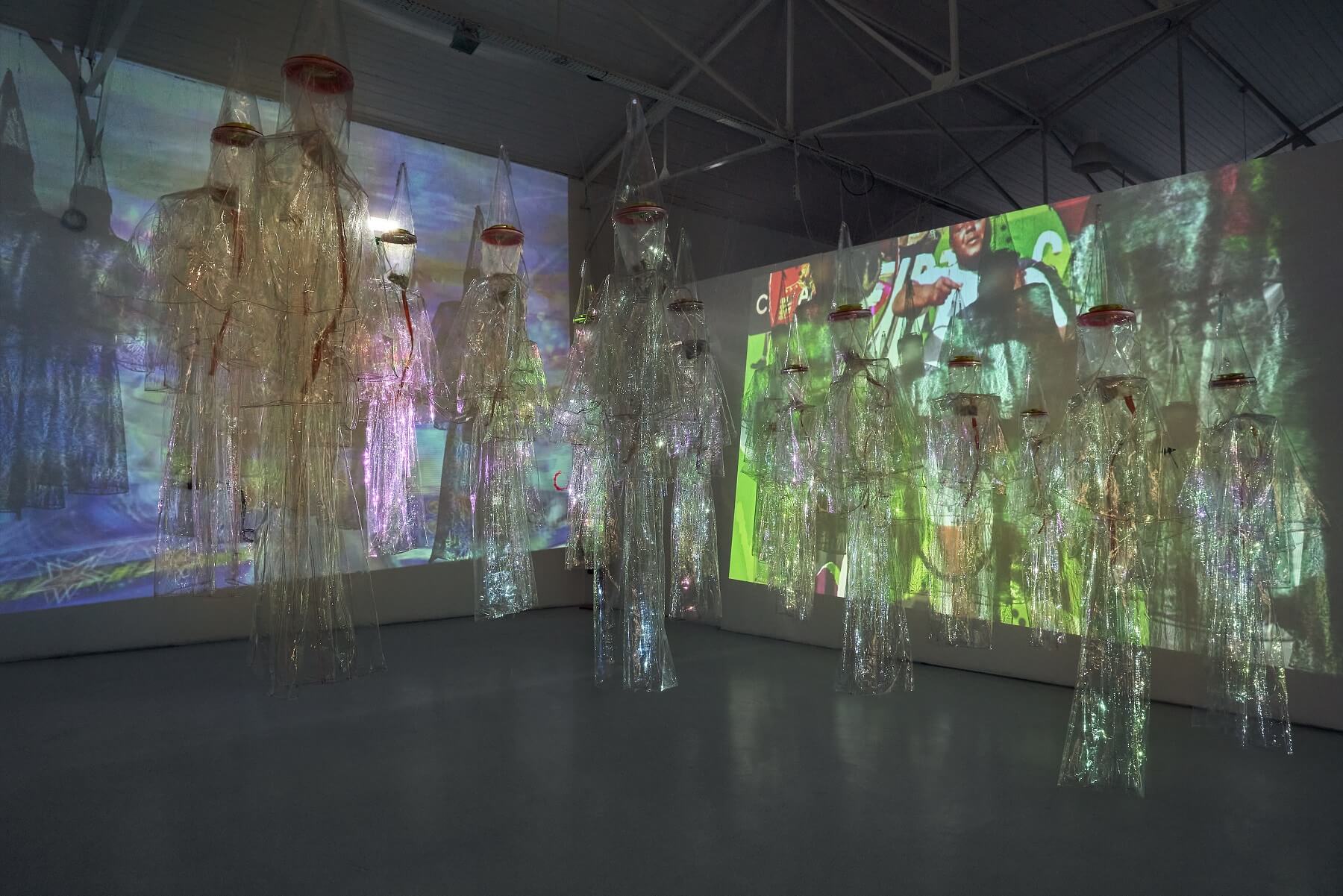 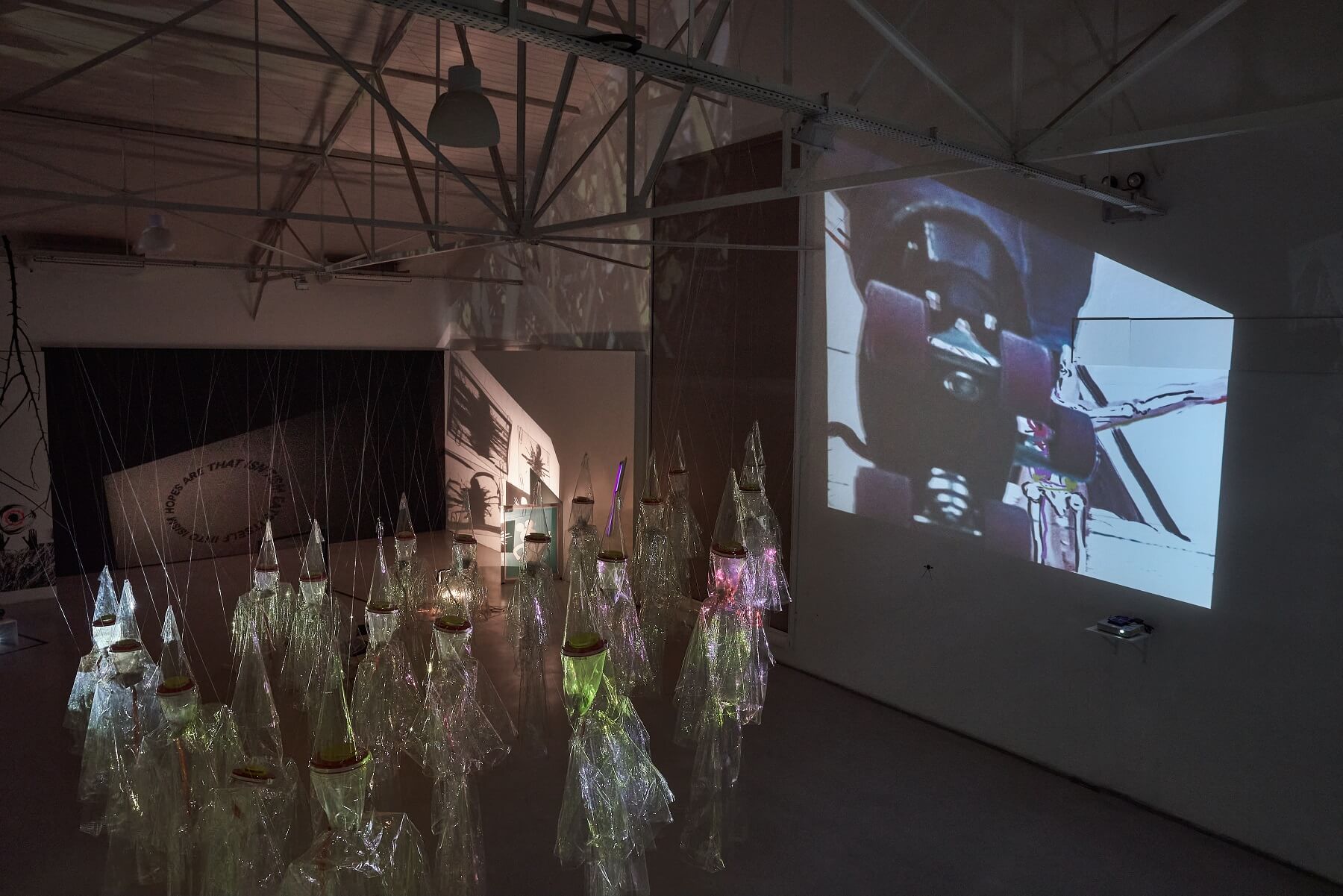 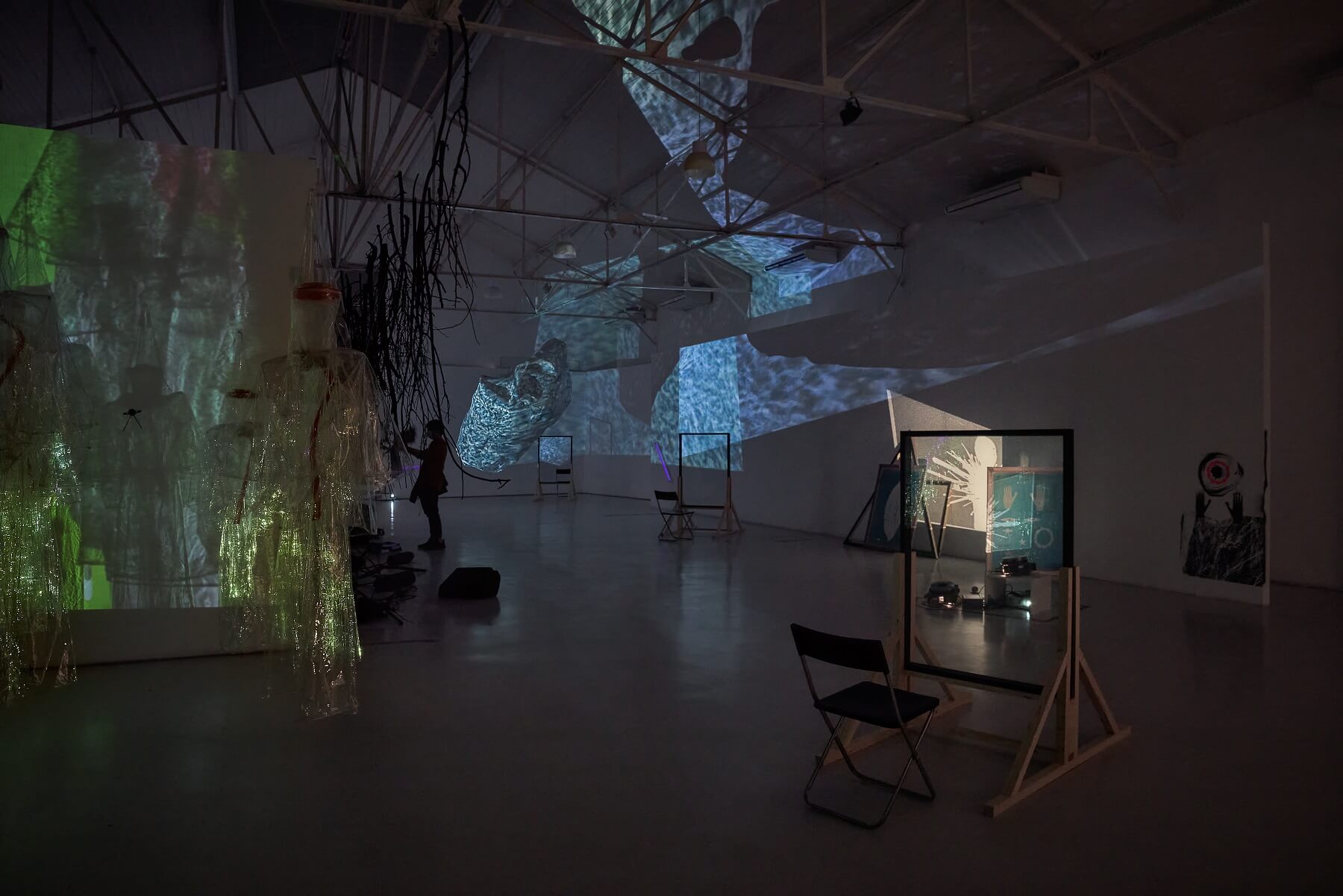 Title
With text by
Homo Kosmos (cough cough)
Previous
Next