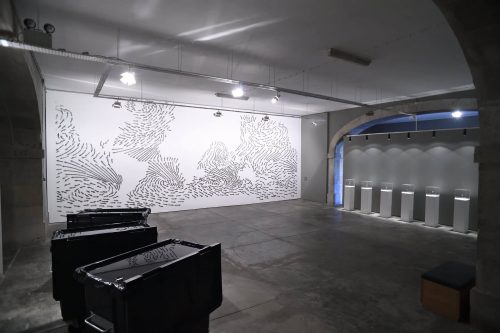 Coincidence of opposites: vital resource and cause of deadly conflicts; place of hopeful travel and shameful cemetery of the abandoned; natural threat to man and hopelessly threatened by mankind; symbol of life and death; image of passing time, escaping us, and of the eternal original source, maternal womb…

The exhibition “Listening to the waters” focuses on this paradoxical status of the waters. Works from the François Schneider Collection (France) that take the notion of water as a point of departure are placed in analogy with works by Portuguese artists and with films, documents, books as well as objects that allow us to approach the complexity of the element water and the actuality of its political impact.

This exhibition is a call to reconsider our position on the shore, and to throw ourselves into the current, aware of the fact that we are already in the midst of it. There is wisdom and a sculptural force in water that we must listen to. In water, or rather in waters: because it is in the plurality of forms and states that it manifests itself – and this is already a lesson.

At the Gallery of Torreão Nascente da Cordoaria Nacional the exhibition is divided on two floors and is presented by thematic nuclei. On the ground floor we find the exhibition divided by the following themes:

In the founding myths of various civilizations, water appears as the origin of life: as the cause or the place of its appearance, as semen or maternal womb.

In Greek mythology, Aphrodite – goddess of love, sexuality and beauty – was born when Kronos cut the genital organs of Uranus and threw them into the sea; from the foam (aphros) rose Aphrodite. In another myth, it is said that her father imprisoned Dânae in a hidden place in the world, so that the prophecy of the oracle, which revealed to her that he would be killed by her grandson, would not be fulfilled. The golden rain sent by Zeus, who fell in love with her, will fertilize Dânae, even though imprisoned and solitary.

These myths reveal the ancestral relationship between sexuality, fecundity and water: she is the source, the amniotic liquid, and the origin of the world.

Rigidity and inflexibility are the opposite of life – which demands plasticity and continuous movement.

Water shapes the world and is shaped by it. It is this dual acceptance of plasticity, the ability to mould and to be moulded that is represented in these nuclei and that water teaches us – if we know how to listen to it. The water forms, with patience and persistence, the territory, changing the beds, the banks and the shape of the seacoast – soft water in hard stone…

Water is informal. It flows, it separates, radiates, forks, opens paths where before none existed, water forms image, creates drawings and erases others. It gives rise to unexpected forms of life. It is the power, the life that disperses and gathers and adapts, water is in perpetual movement.

The upper floor of the gallery has as its theme:

“Crystal thief” was an expression used in the baroque period to define time, and time was compared to the river that flows, the life that passes and is stolen from us.

If time is like the permanent movement of the waves of the sea, the suspension of this movement assumes strangeness close to what we define as eternity. Without beginning or end.

In these different nuclei, the works allow us to perceive time in various ways: time as universal movement, repetition and alteration; suspended time, which resembles eternity; and time as a journey towards the future – the future which is the primordial time, from which past and present are understood.

We are already on board! 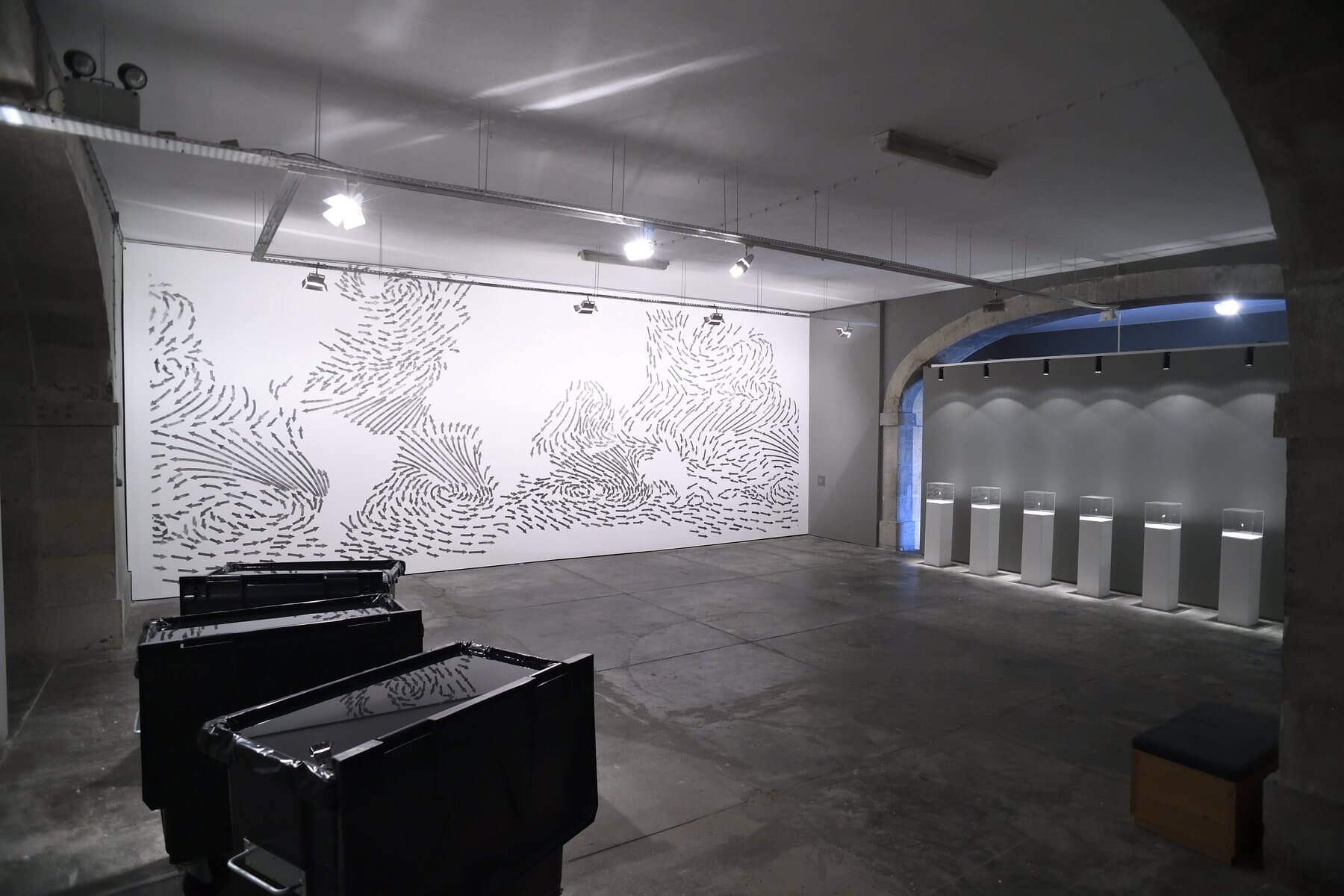 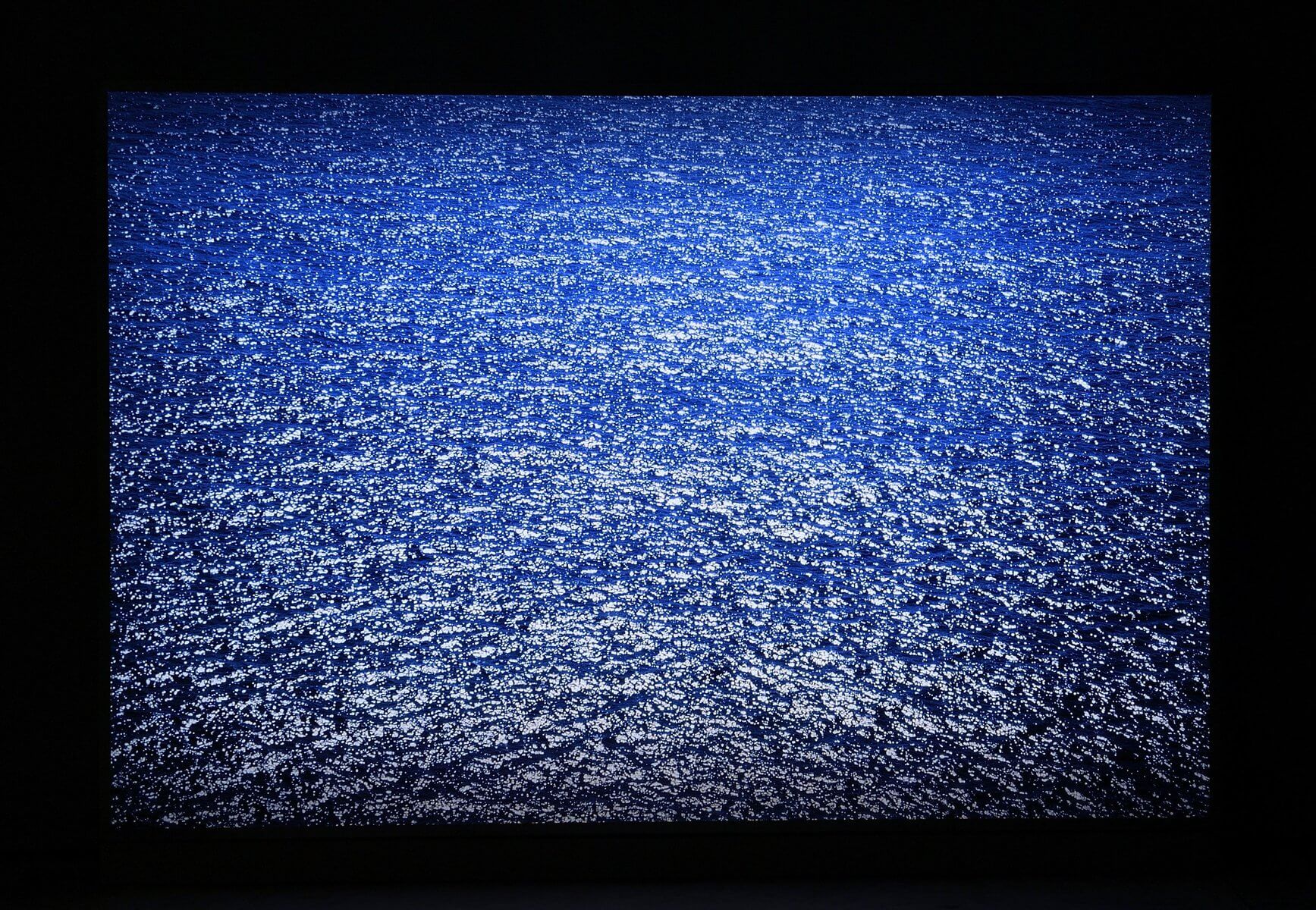 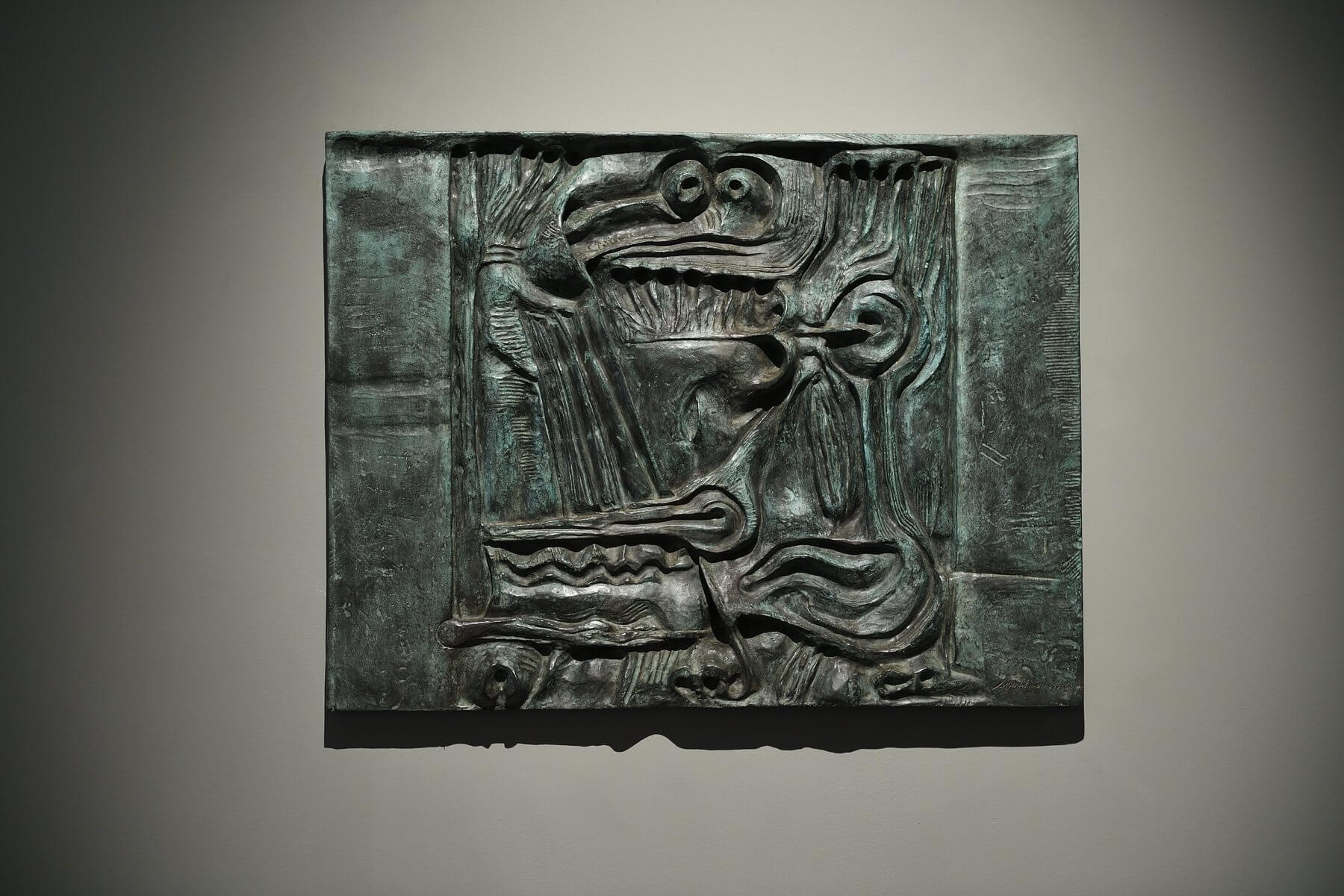 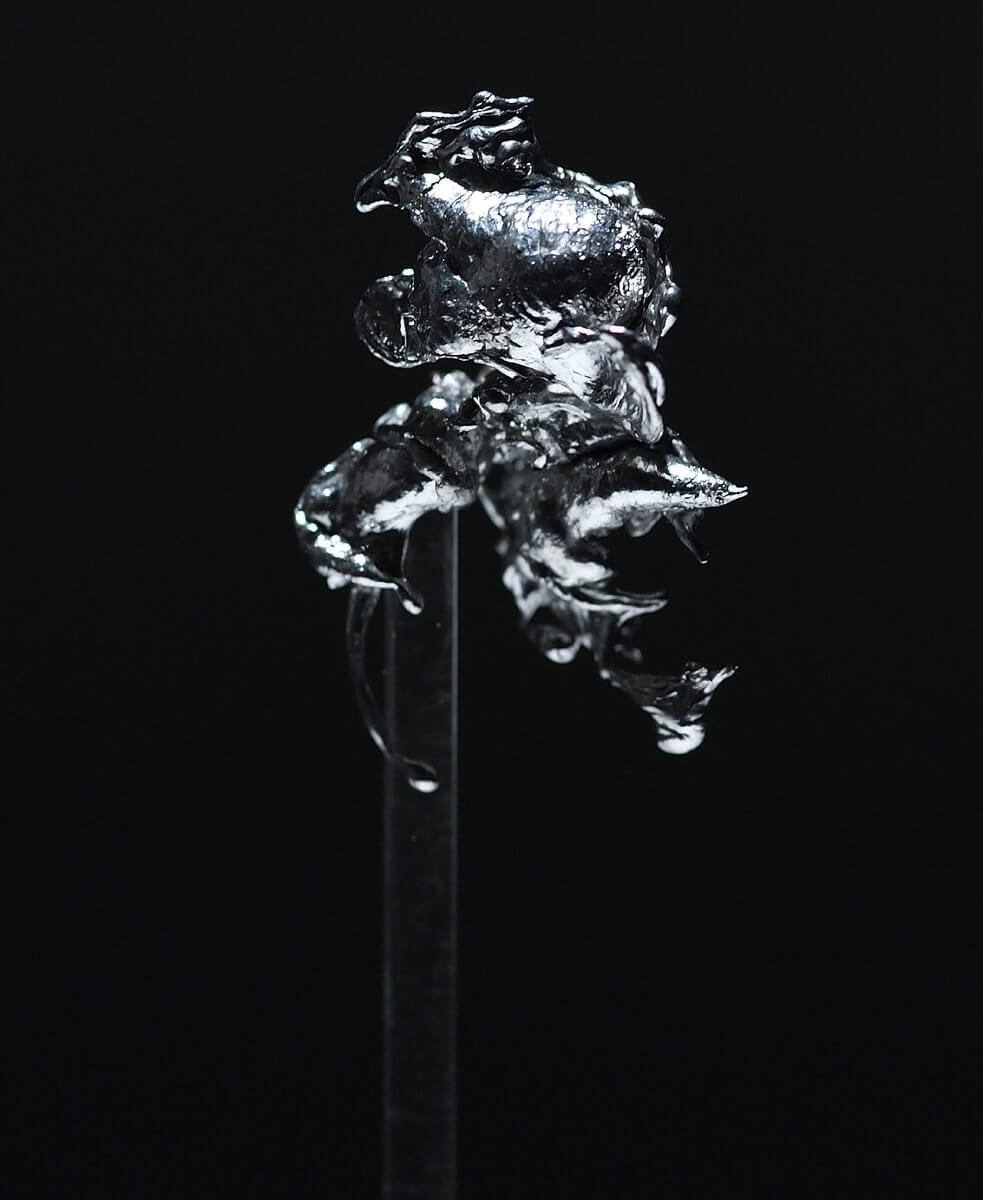 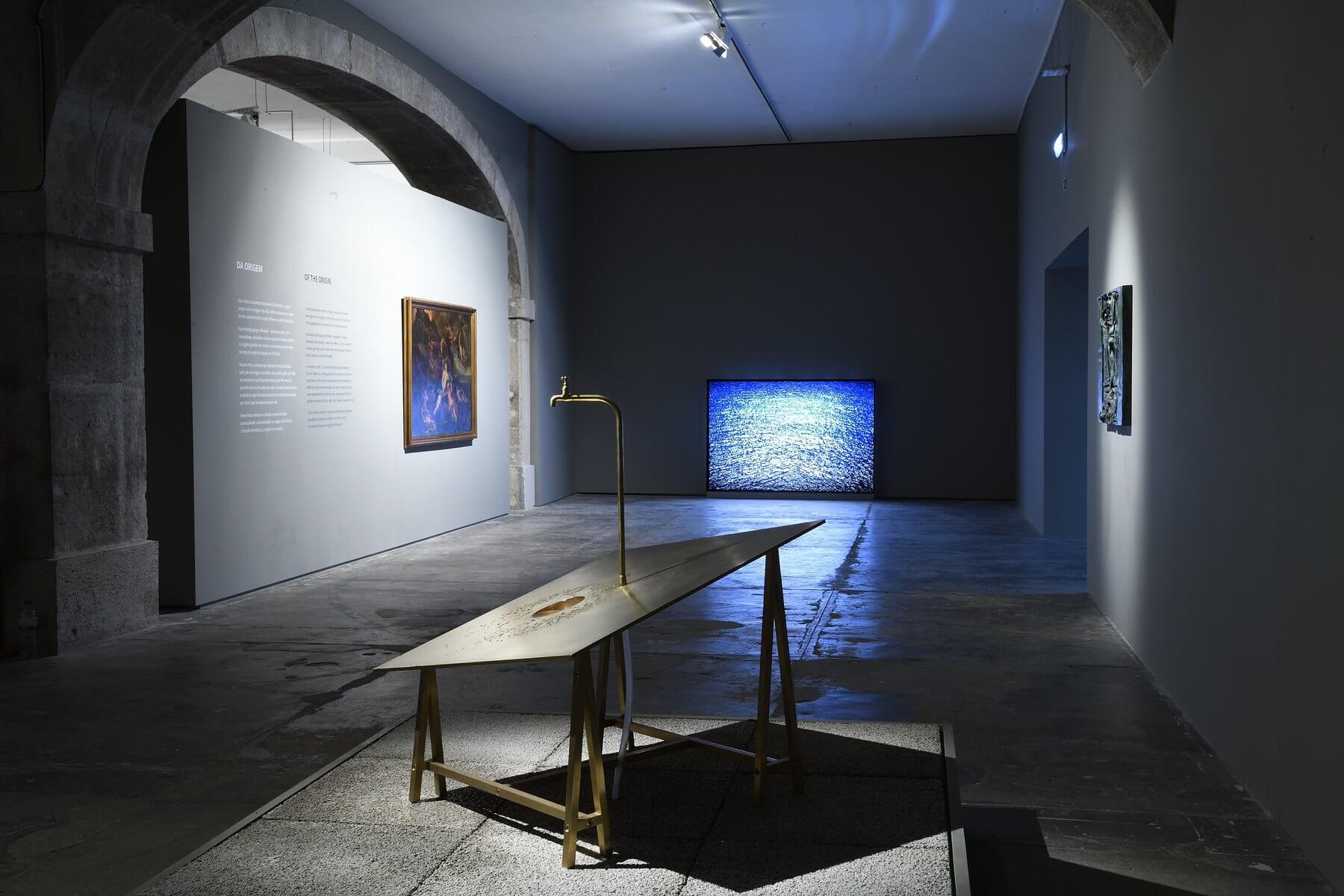 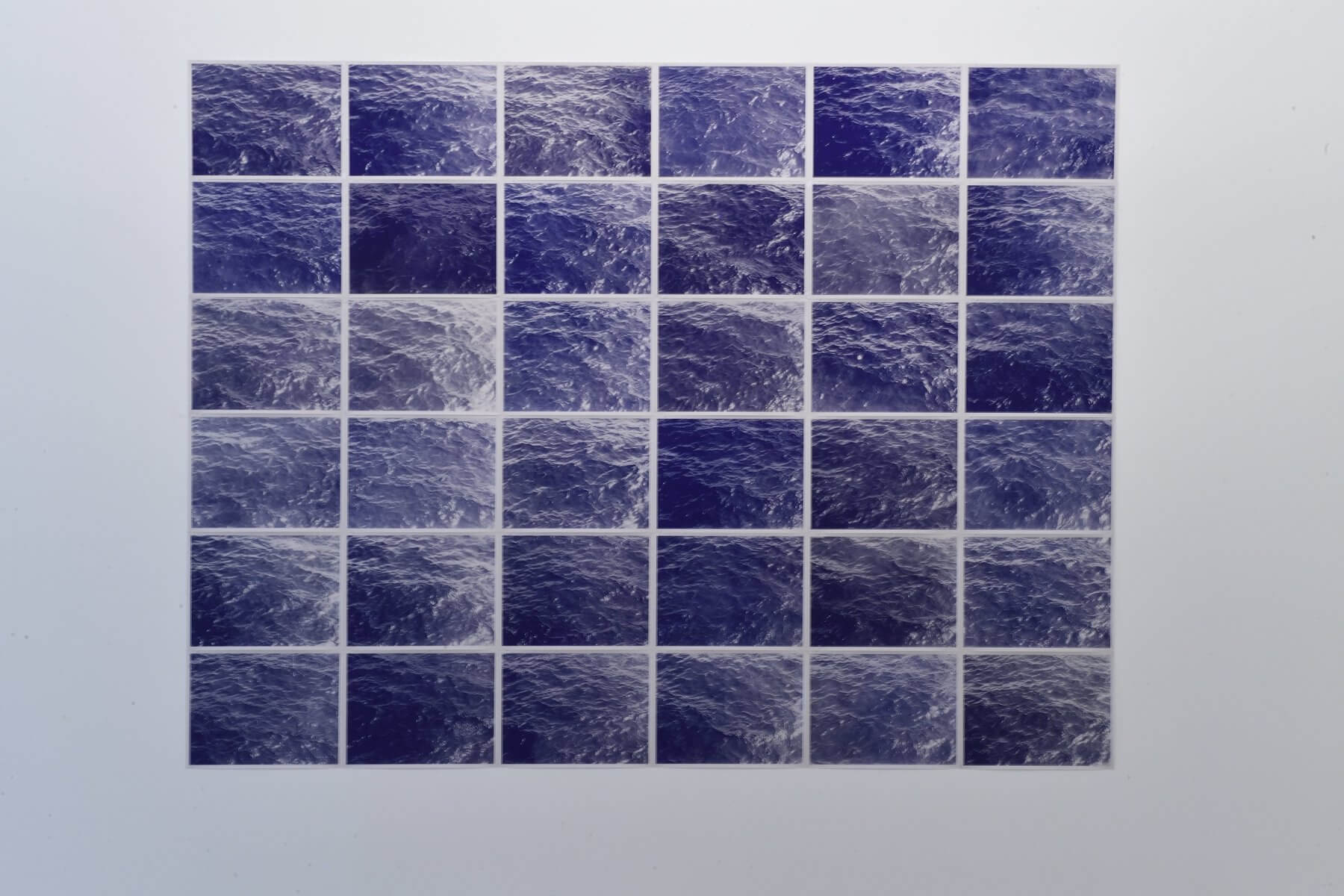 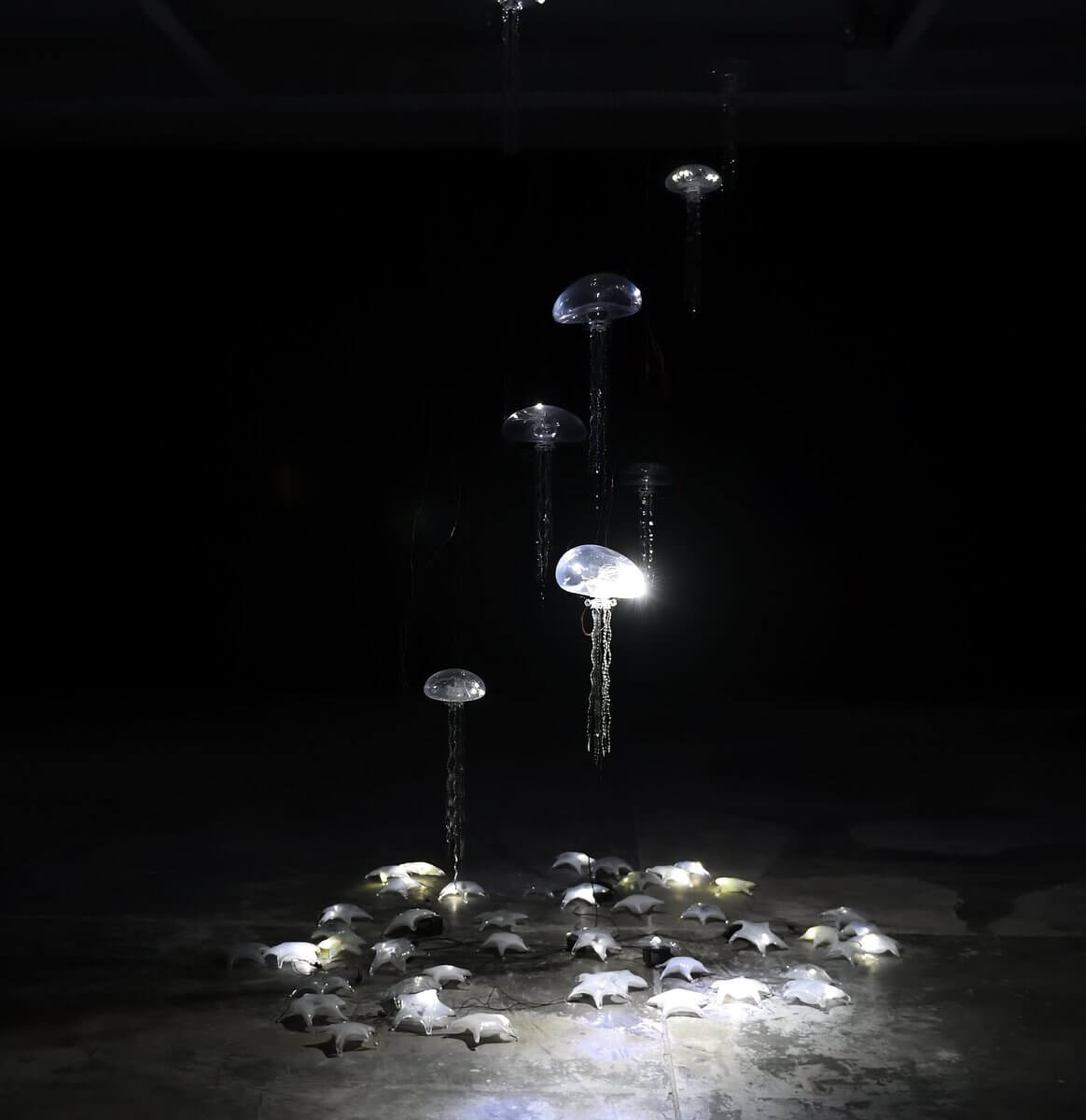 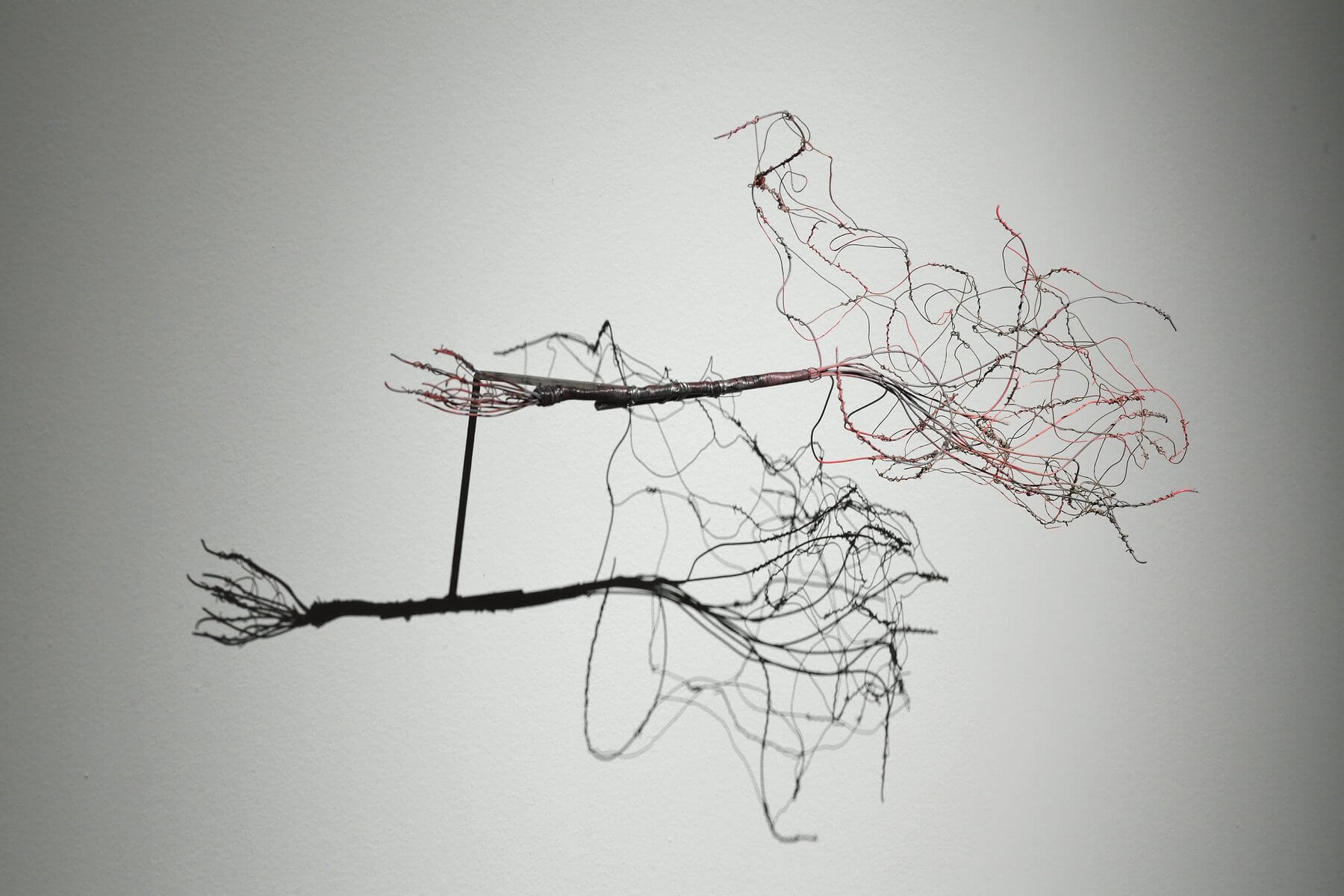 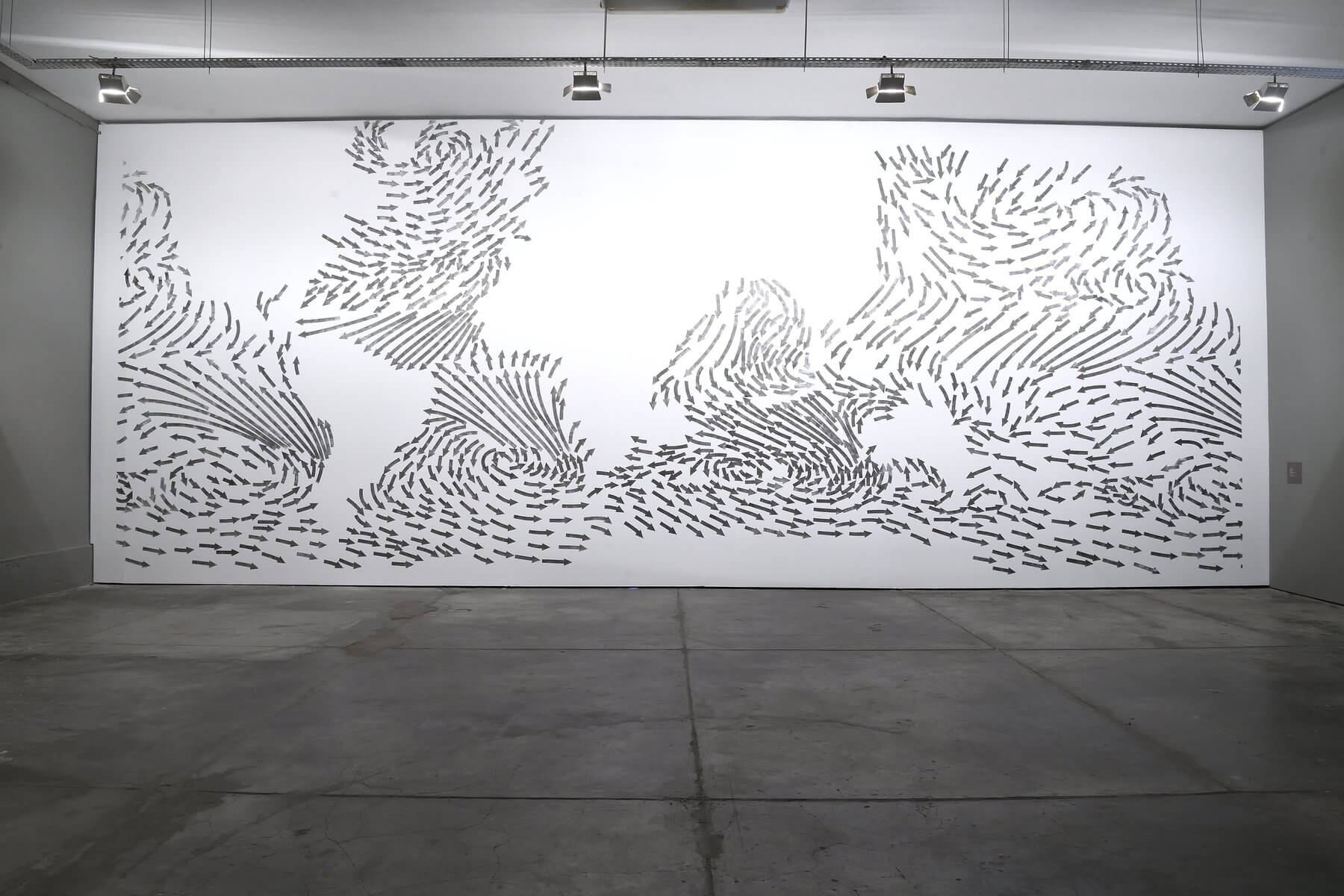 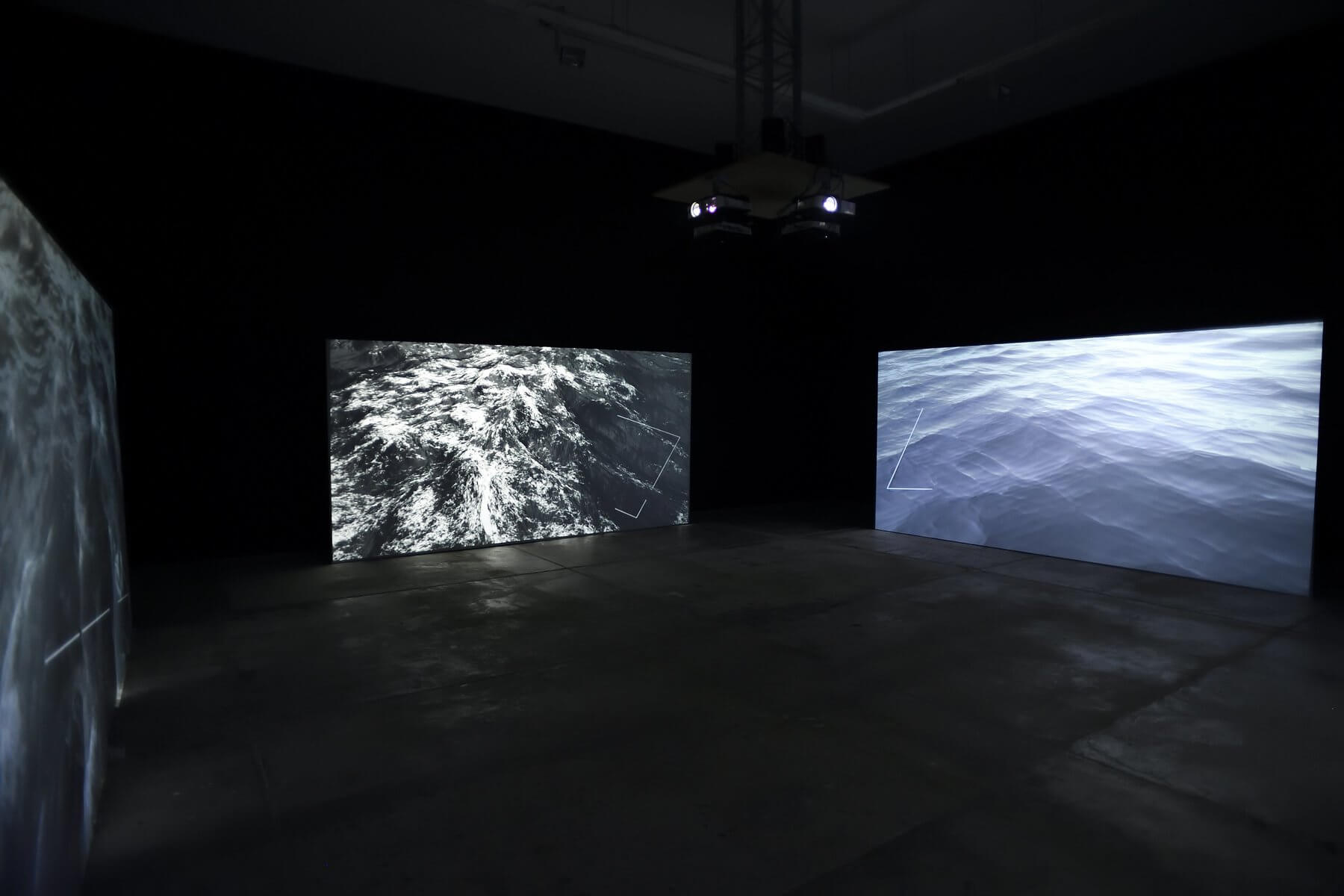 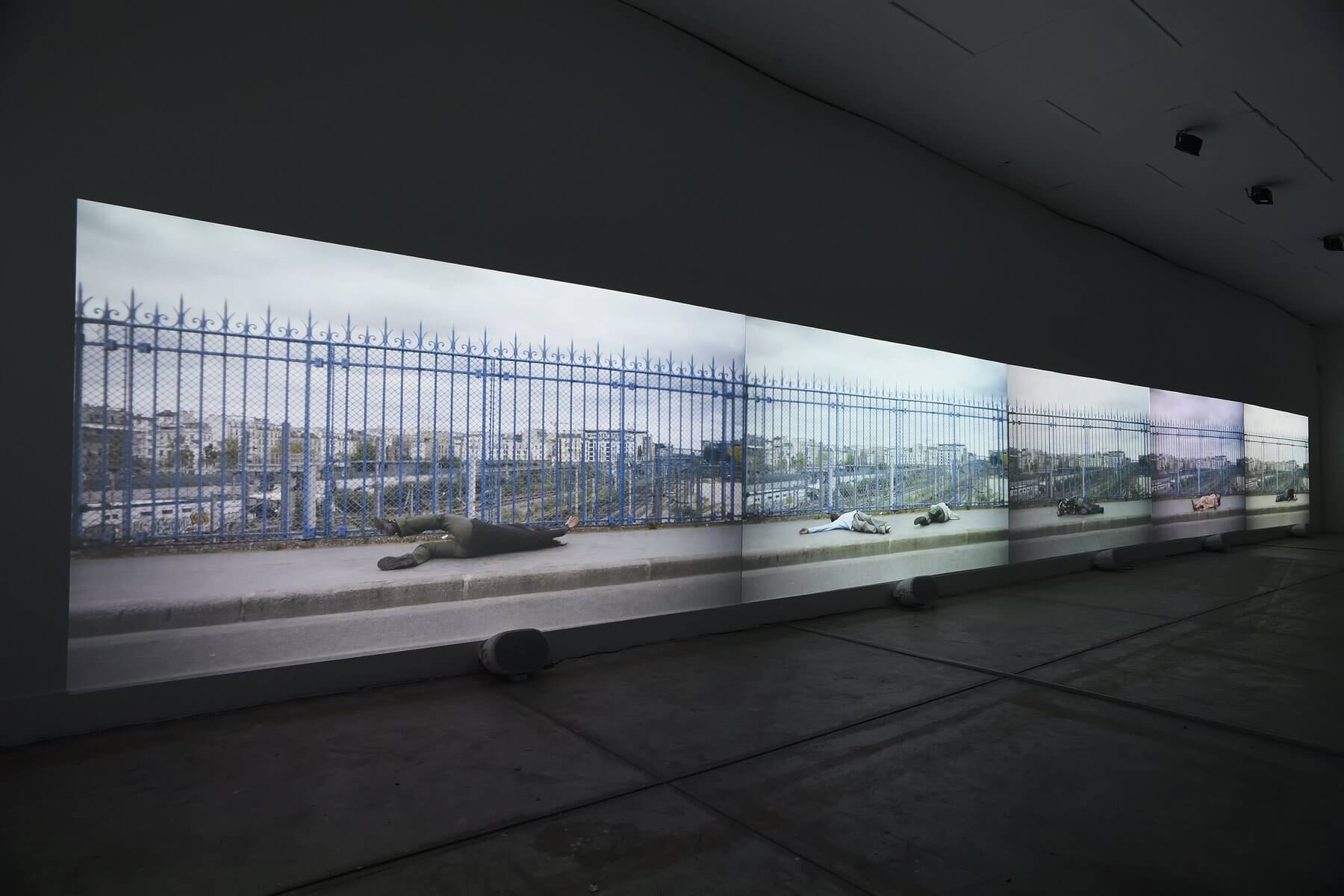