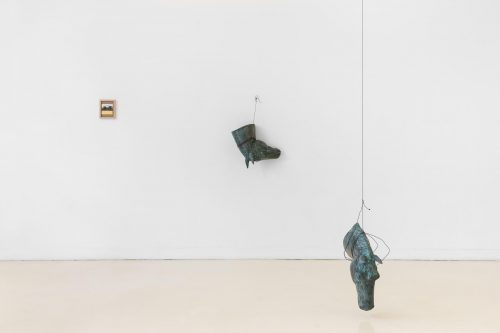 Destroying language, exploding the image
We are digging a grave in the sky
it is ample to lie there

The exhibition Ni le soleil ni la mort [‘neither the sun nor death’, in French] is the inaugural presentation of a long process of investigation into the First World War, a defining moment of the destructive schizophrenia which seems to have since established itself as one of the main foundations of the contemporary world.

This project, which João Louro has developed slowly and meticulously over the past few years, marks a transformation in the artist’s own creative process, breaking away from what we recognise as his authorial mark. Returning to the historical moment where the outbreak of the First World War and the avant-garde project coincide, like two sides or versions of the same story, the artist searches for the umbilical cord of our cultural heritage.

On 5 February 1916, Cabaret Voltaire was founded by a group of artists, poets, performers and political activists who came together under the strange, childish and primitive sounding alliteration-word DADA, giving rise to one of the most radical artistic and political ventures of all time, whose actions, as we know, would eventually transform artistic practice as we knew it.

Indeed, DADA endures in our heads like a body that, defeating inertia, never stops swaying. Just like the surrealists, their direct successors, the Dadaists focussed more on the incantations of language than on variations in form or style — valuing ethics above aesthetics.

One of the most distinctive traits of DADA semantics was the way it destroyed conventional language — the same language which provoked the dissensions that led to the insanity of the war — through a collage of fragments, vocabularies, sounds and motifs from different places that results in a kind of primitive and original syncretism.

Freeing the impulses of the unconscious to recover the innocence of childhood and the pre-linguistic primitive origin of man was one way to neutralise the devastation of the humanist project born in Ancient Greece, and which saw, in the inconceivable slaughter and desolation of the muddy and entrenched camps, the beginning of the end.

Today, in a world whose proclaimed fate makes us look back to moments where collective insanity led humanity to the brink of the abyss, artists seem to have rediscovered the transformational and regenerative energy, strength and creative power of their Dadaist ancestors.

War is a strange and eccentric theme in contemporary art. Recovering an unprecedented set of images, texts, written and visual accounts and poetic and/or philosophical projects, the artist produces a set of simultaneously sombre and luminous works which he contrasts with images, reflections and representations of the theatre of war, visual and audio records of the performative dissonances and deconstructions of Dadaism, thus arriving at a political and poetic collective counter-model established in response to the insanity of the war.

The exhibition, divided into two parts — Figuratio, on the ground floor, and Atmosphaerae, on the first floor —, brings together drawing, painting, sculpture, photography, text and documentation. These two parts are organised in a montage that works in approximations and disjunctions, rhymes, echoes and fragments, similarity, alterity and strangeness.

Louro takes objects of exceptional quality from another time and other places, which here symbolise magical and religious forces — a medieval Christ, from the collection of the Caramulo Museum, and a set of masks made by the Pende, a group of Africans from the Congo, who created them for protection against diseases, from José de Guimarães’ collection of african art.

The Pende masks, very similar to the representations and deformations of Pablo Picasso and Francis Bacon, for example, on the one hand recall how the Dadaist project was influenced by other cultures, specifically and to a large extent that of Africa, and, on the other, draw an unsettling parallel with faces disfigured by the war.

The effigy of Christ on the cross was often used in improvised altars, placed next to trenches and latrines, destined to bring spiritual comfort to men who, from each side of the barricades and ideologies, could see no horizon other than that of infinite suffering and death.
Religion, magic, poetry, symmetry, information and memory are the diverse forces that João Louro calls on to investigate. His work turns suffering and destruction immanent, while the human condition perpetuates its determination not to become extinct. 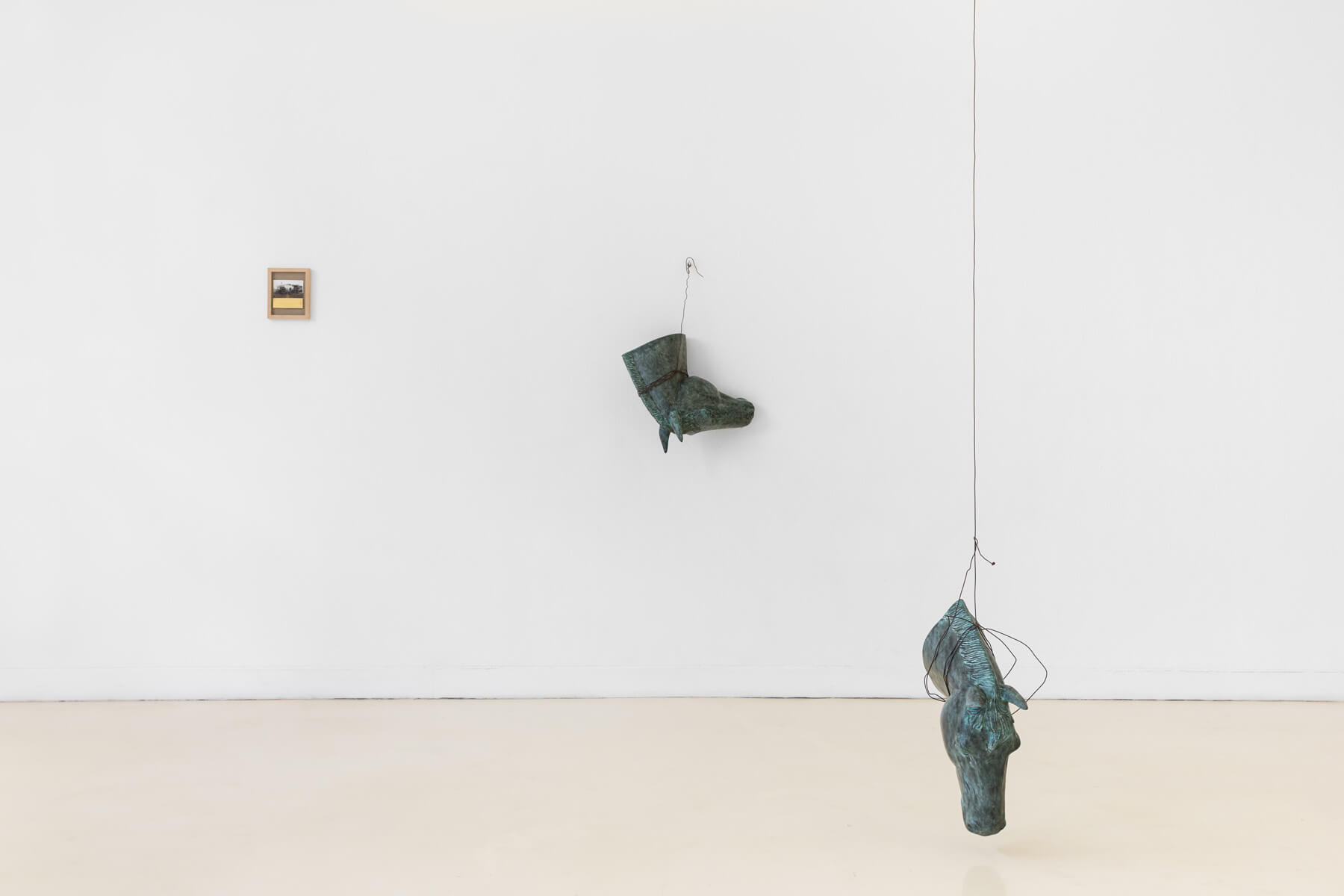 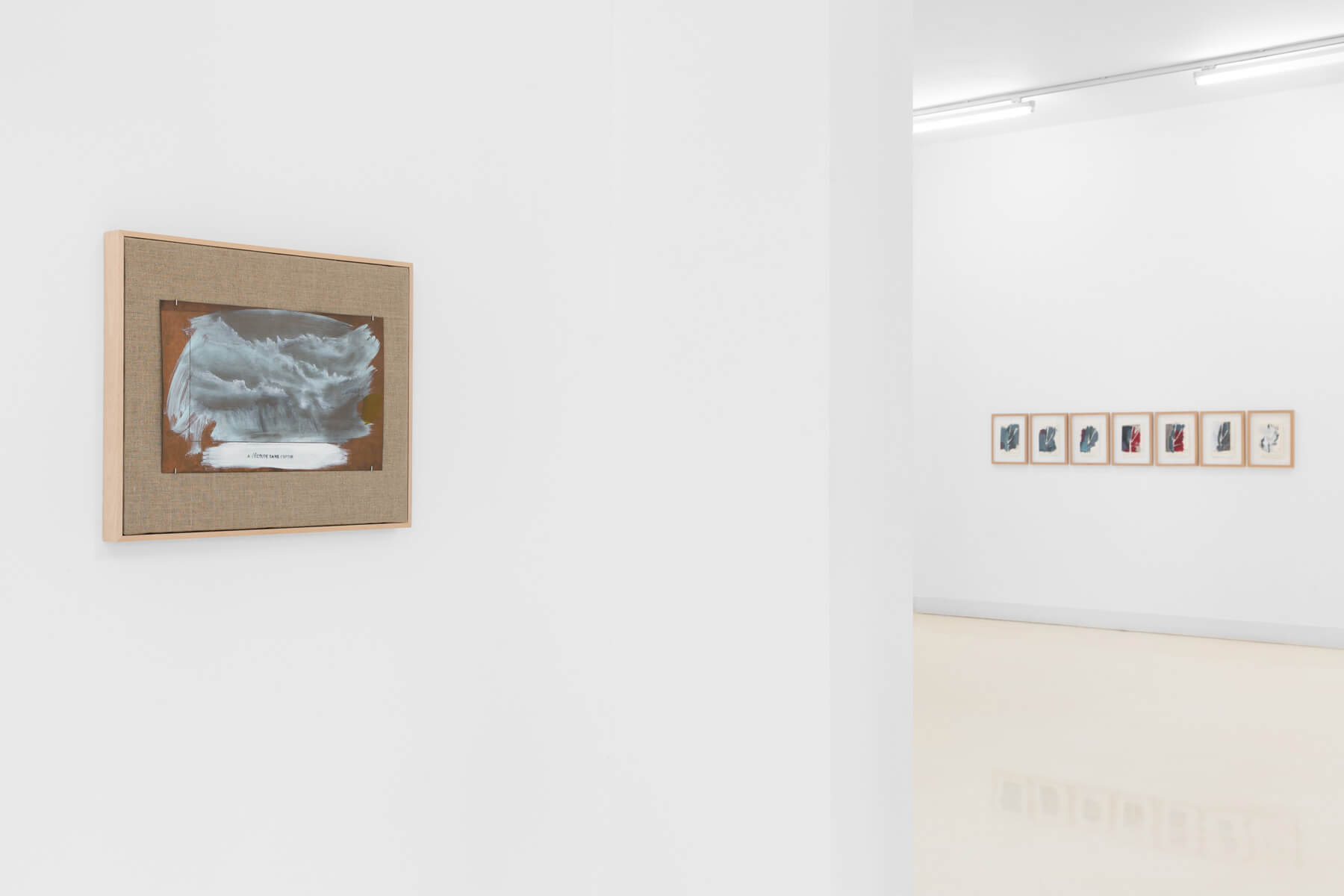 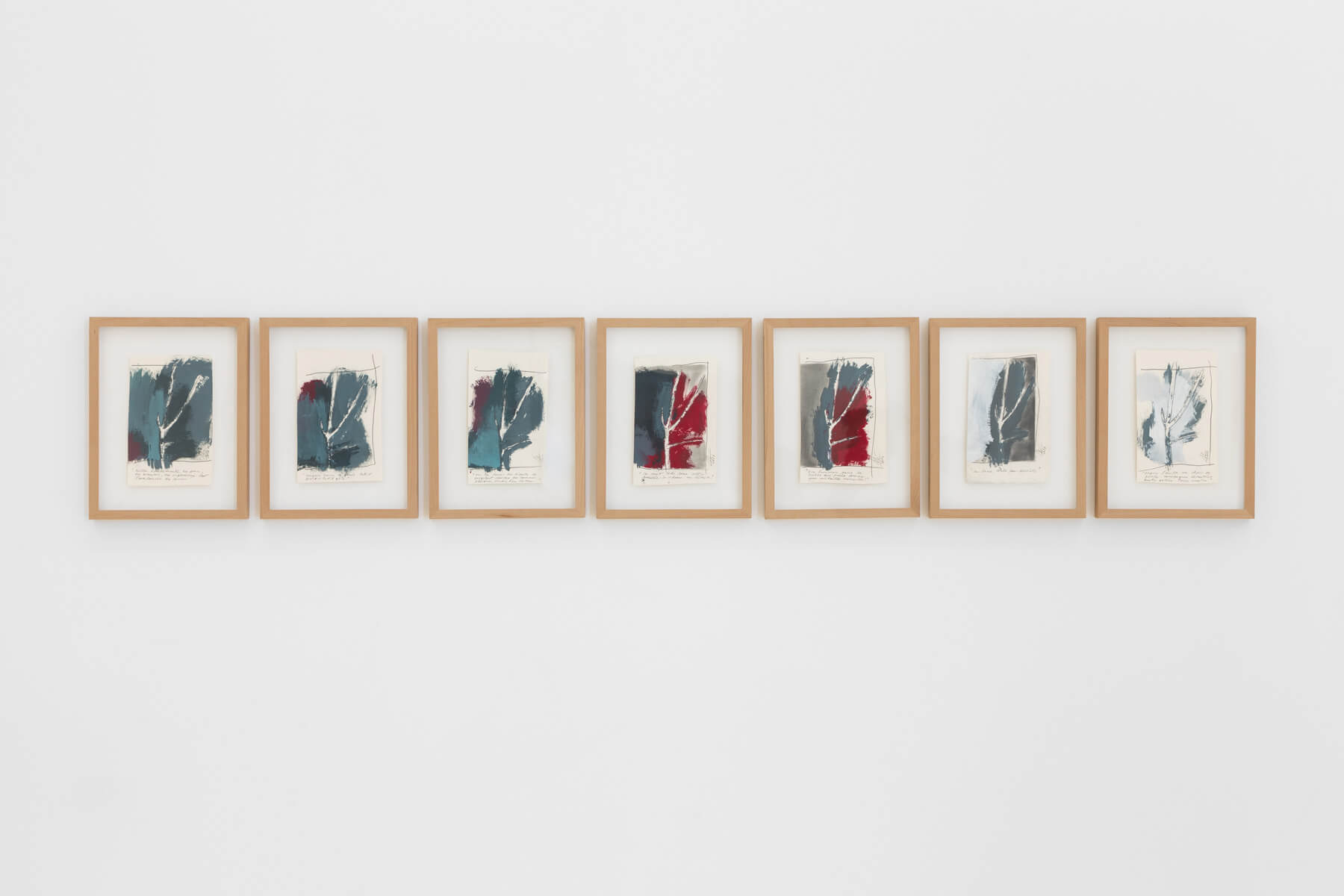 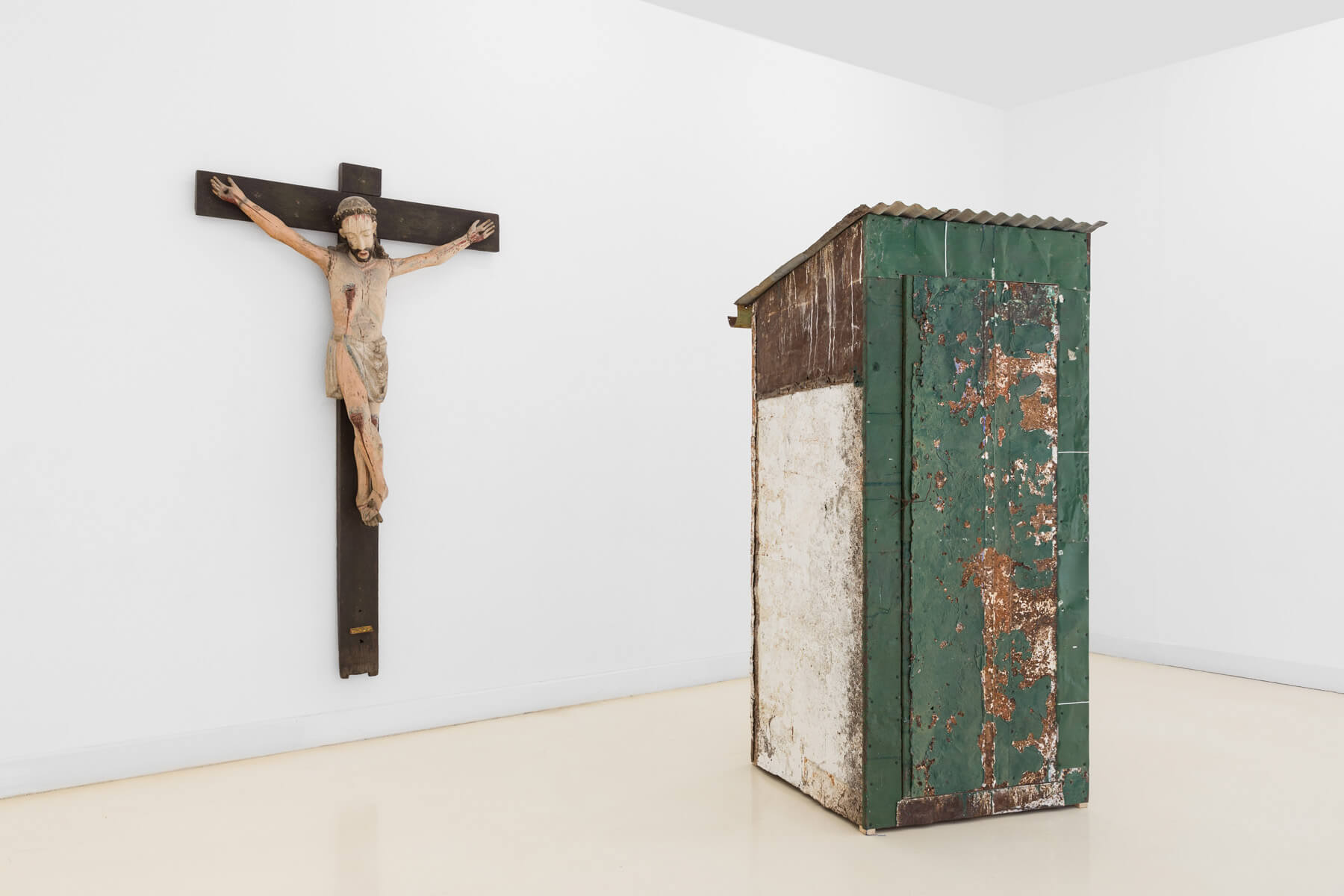 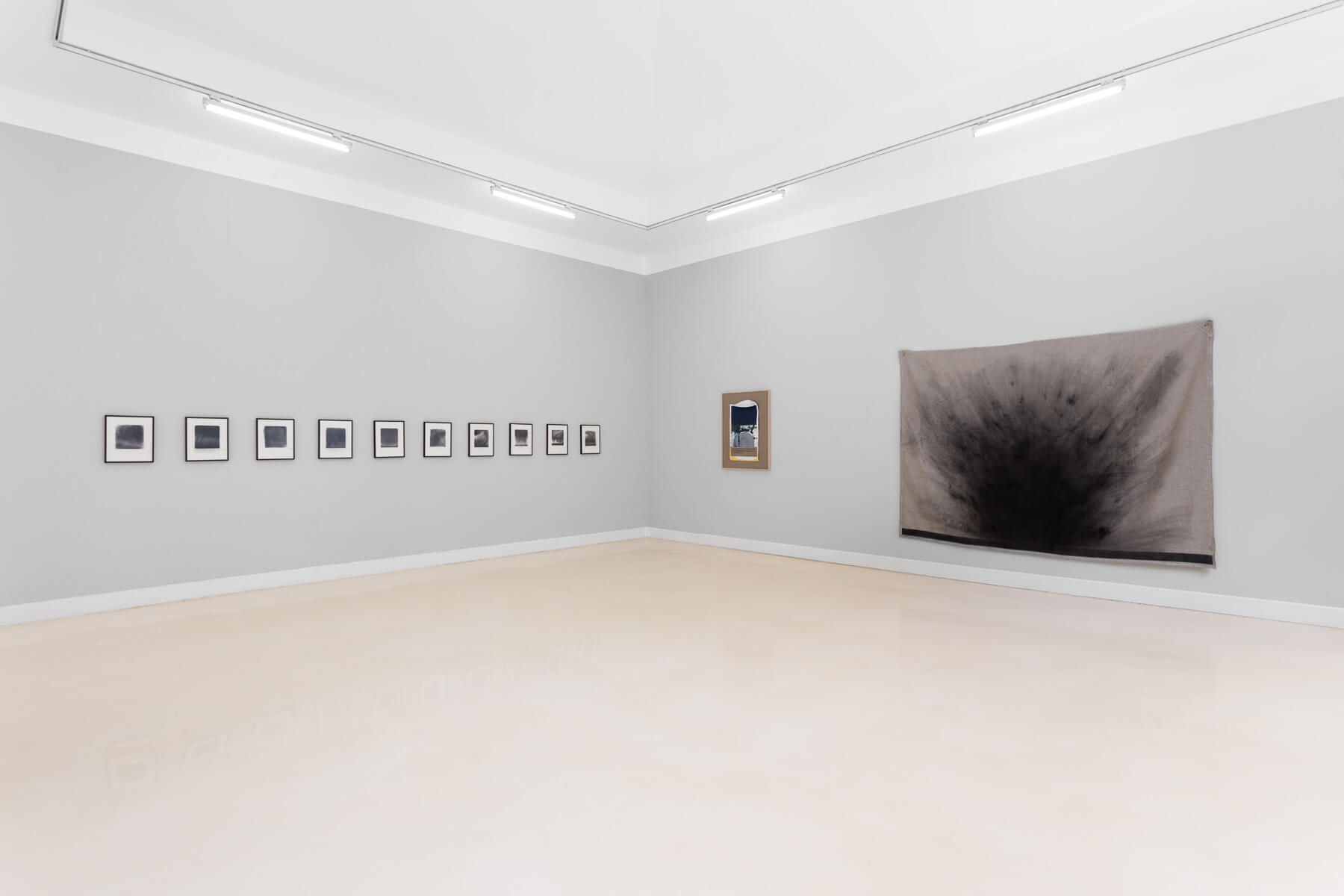 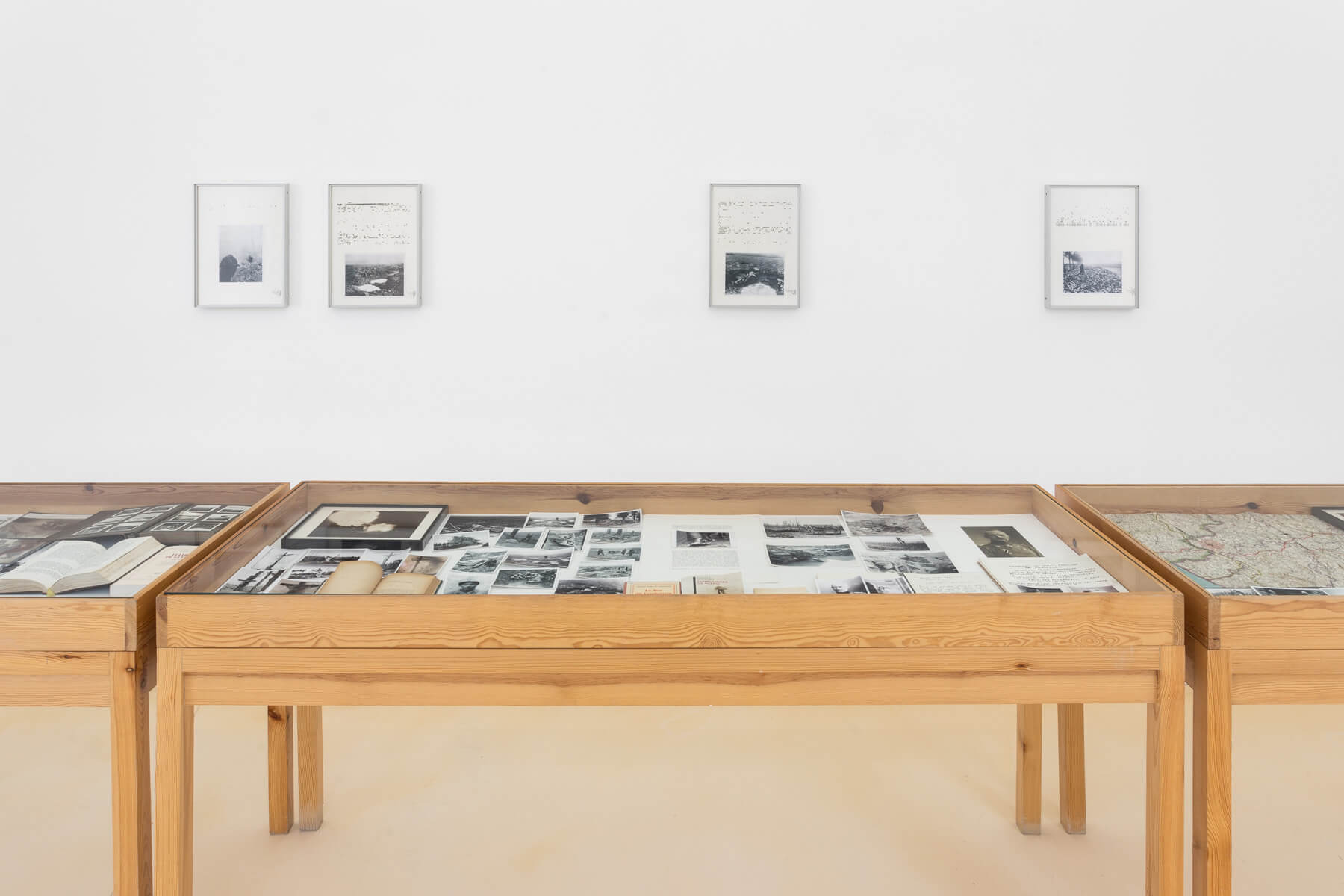