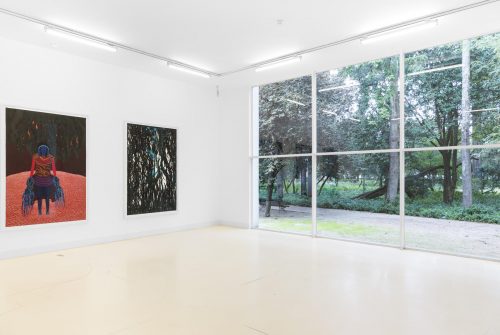 Drawing. Drawing of drawings. Repeated, delicate, luminous, dark. Following a seven-year absence from the Portuguese exhibition circuit, The Pyromaniacs presents a large group of drawings by Rui Moreira. He returns now to show us the fruit of his labour. To show us what he has done, what he has made. Works that have absolutely no purpose, but which are necessary for the world to carry on. Drawing, drawing, drawings that here are framed, protected, which he made in a solidary solitude, abandoning himself to the act of making art. Passionately and patiently countering haste and speed.

This was the case with ‘Nossa Senhora do Aborto’ [Our Lady of Abortion], exhibited in 2007. A drawing that appears to float in space, resting over those who look at it. A drawing of a divinity shrouded in lines, motifs, marks that multiply within, and from which a swarm of birds is unleashed. A drawing that is not only a drawing, but a reification of journeys, experiences, other works, social and political contexts. The reality of the world. In its beginnings was a return to Trás-os-Montes, the Caretos of Podence, Italy, a trip to Tuscany to see the Madonna del Parto by Piero della Francesca (reconstructing the journey made by Andrei Tarkovsky’s characters in the 1983 film Nostalgia), and the 2007 Portuguese referendum on abortion. A convergence of movements, of currents, of streams, flowing into a drawing, bringing it to life. This could be a description of an important element in the working process of Rui Moreira, an artist whose drawing is made in the world and is of the world. Not merely because of what is elevated in artistic creation, but also because it acknowledges the objectivity of the world that surrounds it. There is no attempt to escape from it, but only to transcend it.

In this exhibition, the large, almost majestic drawings never overwhelm the viewer. Their scale and generosity welcome those who stand before them and make it possible to see, to imagine, and to remember the artist’s physical performance, effort and satisfied fatigue, his encounters, his experiences. Take the drawing ‘I am a Lost Giant in a Burnt Forest’. The title is derived from a phrase in the book 2666, by Roberto Bolaño and is a transfigured memory of a fire that the artist witnessed in Trás-os-Montes. These are not the only elements in this drawing that vibrate with a confused desolation, with its moods, its flashes, its sparks. The body whose primary tool is the hand manifests itself with the same solicitude that characterises Rui Moreira’s travels.

What we see in The Pyromaniacs is not purely the result of a mental, introspective process but, or above all, of a physical movement, of an action. In Rui Moreira the activity of the artist becomes a need to travel, to know places, in order to construct the world, making additions to it. To be within landscapes, with people, and before natural elements. What he does can be understood as culture, if this is understood as the attitude that creates the conditions for us to inhabit the world. An attitude that is ultimately also that of the viewer. Rui Moreira brings these two dimensions together as one. He is maker and viewer, craftsman and collector at the same time. Working inside and outside his studio, he revisits the relationship between the world of men and the natural world, with the aim of producing things that serve no purpose. It is in this sense that his journeys to the southern Moroccan desert should be understood, as well as his intense interest in the processes behind the making of films such as Apocalypse Now (1979), by Francis Ford Coppola, or Fitzcarraldo (1982), by Werner Herzog. His drawing is not the result of introspection or of any kind of revelation, but of work in a sense that has been forgotten: as an activity whose aim is not to be consumed, or to simply feed the body’s necessities, but the conclusion, the making, the finishing of the artistic object.

In this activity, Rui Moreira’s drawings frequently exhibit a voluble, hypnotic, indelible, sinuous, and seductive geometry, reusing memories of journeys, fragments from other artists and works, creating on top of what has been created. Take “The Machine of Entangling Landscapes VI”, for instance, inspired by his reading of A máquina de emaranhar paisagens by Herberto Helder or ‘The Holy Family I’. In the former, we see circles within a larger circle, filled with geometric forms that suggest the idea of movements of rotation and progression. Or the image of a labyrinth of stars above the desert floor, which refuses to be separated from earth (Rui Moreira rejects the alienation of man from the world and from the earth). In other works, from the exhaustion of the artist comes the shining luminosity of another three circles that give the drawing a sculptural dimension. Quite different from the ‘Black Star’ series, in which the final drawings shy away from and suffer under natural light, hiding themselves from sight, like the images in the film Branca de Neve [Snow White], by João César Monteiro, another kindred spirit.

‘Telepath I’ and ‘Telepath III (dedicated to Herberto Helder)’ see the return of – if not light – the sweet and violent force of colour. They might be described as intensely glowing portraits, constructed from desert and mountain landscapes, from the experience of fatherhood (bringing the artist into even more intense contact with the world), from drawings of drawing, from the poetry of Herberto Helder, from the recognition of life as the moment between our birth and death, and of art as something that outlives that. 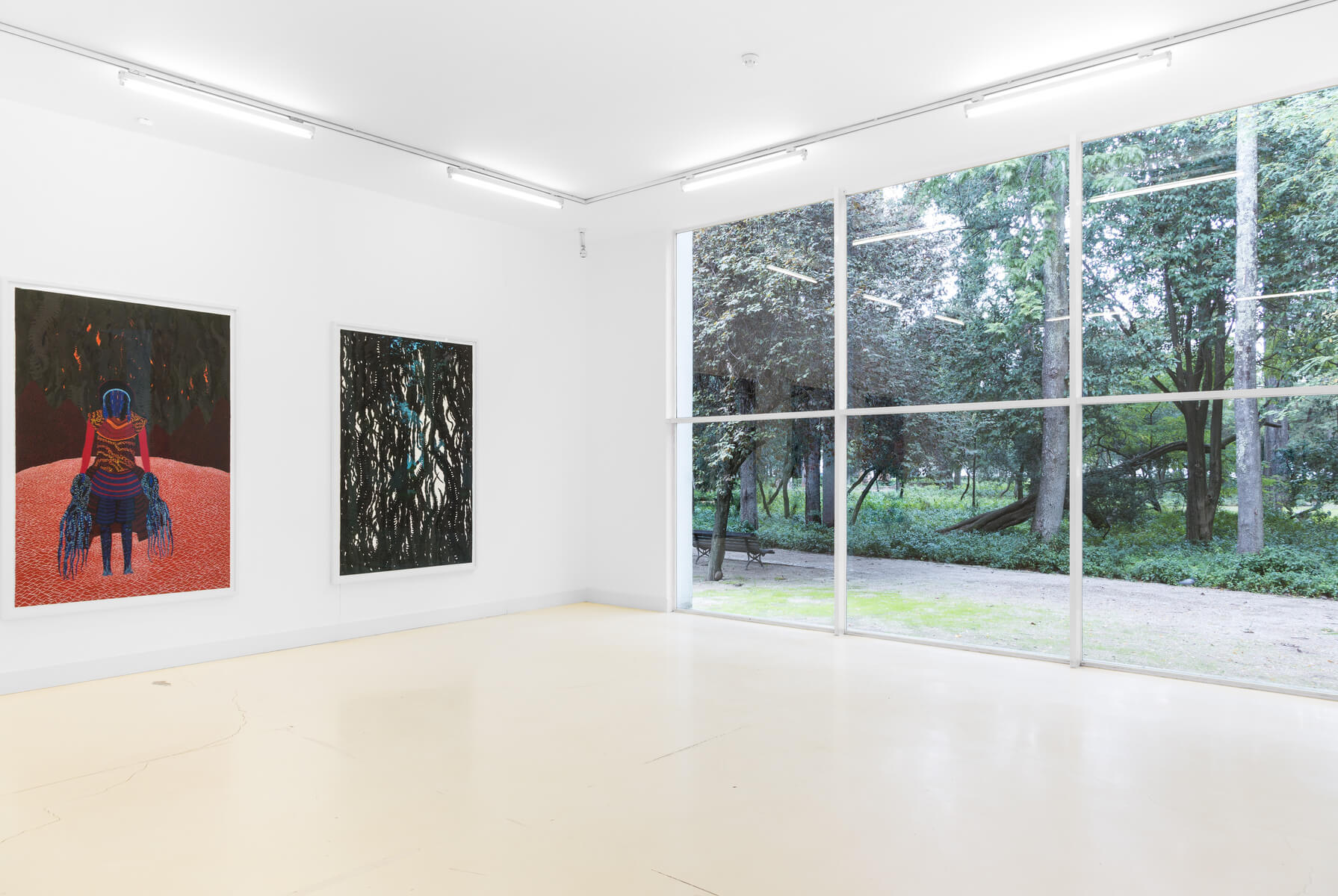 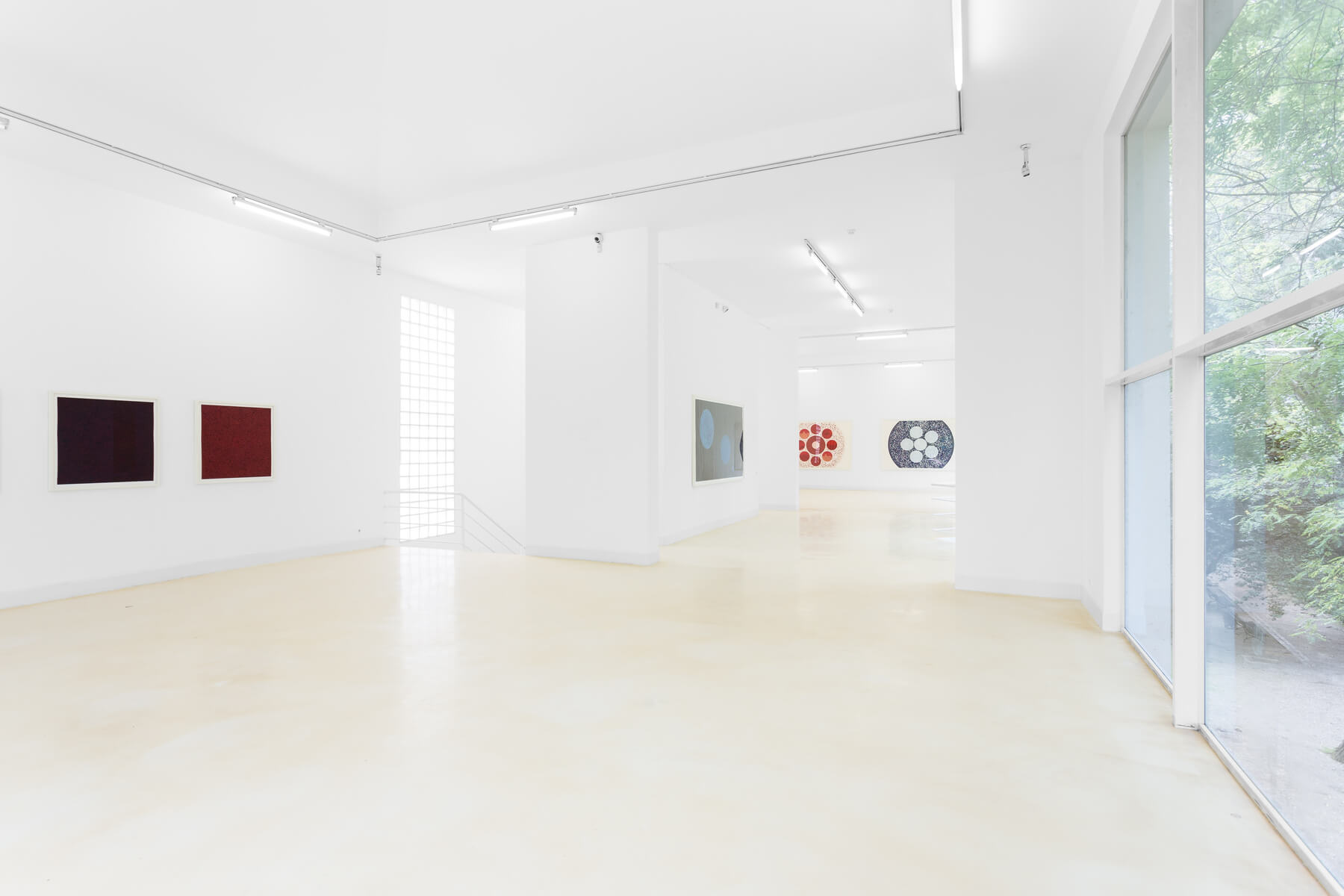 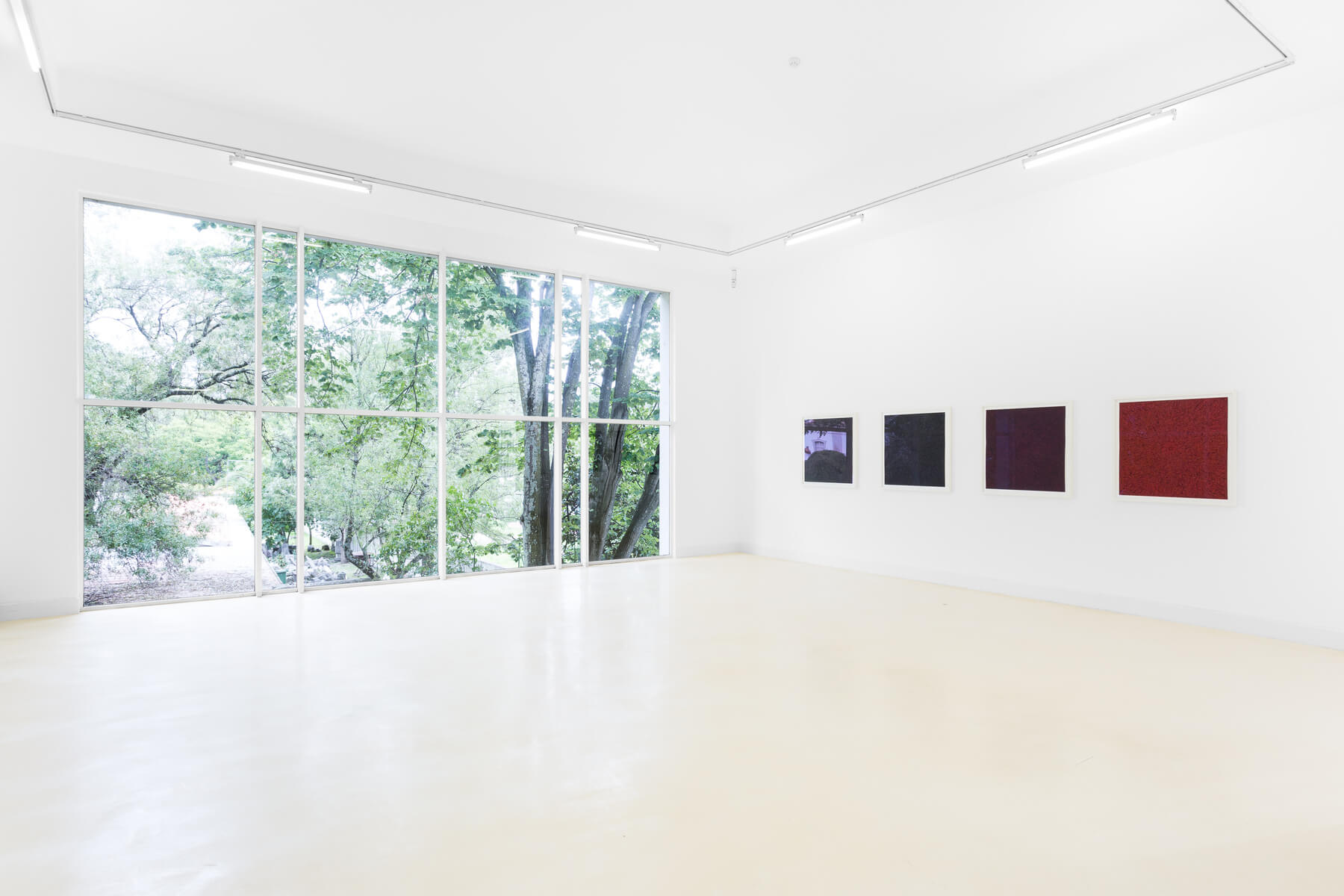 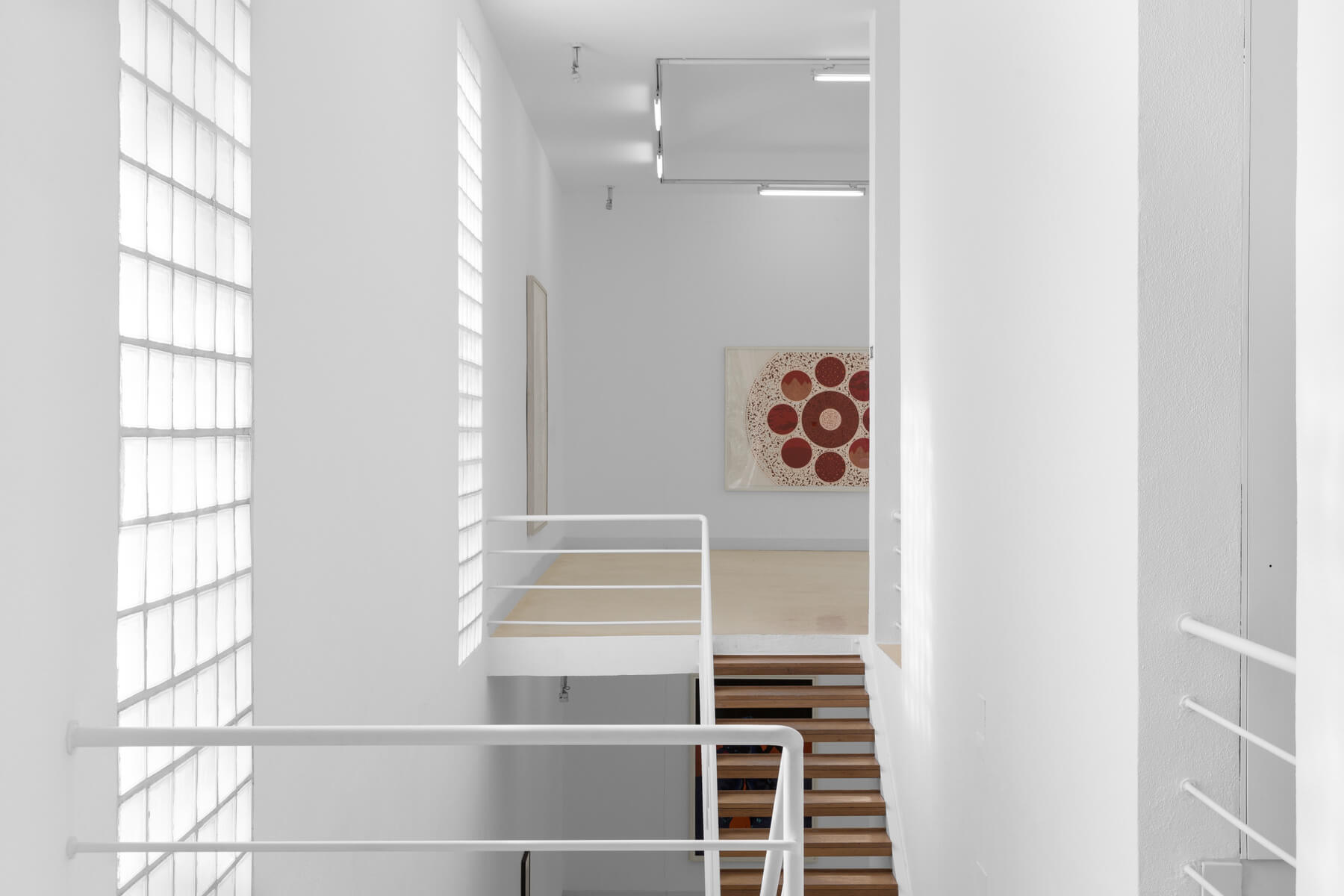 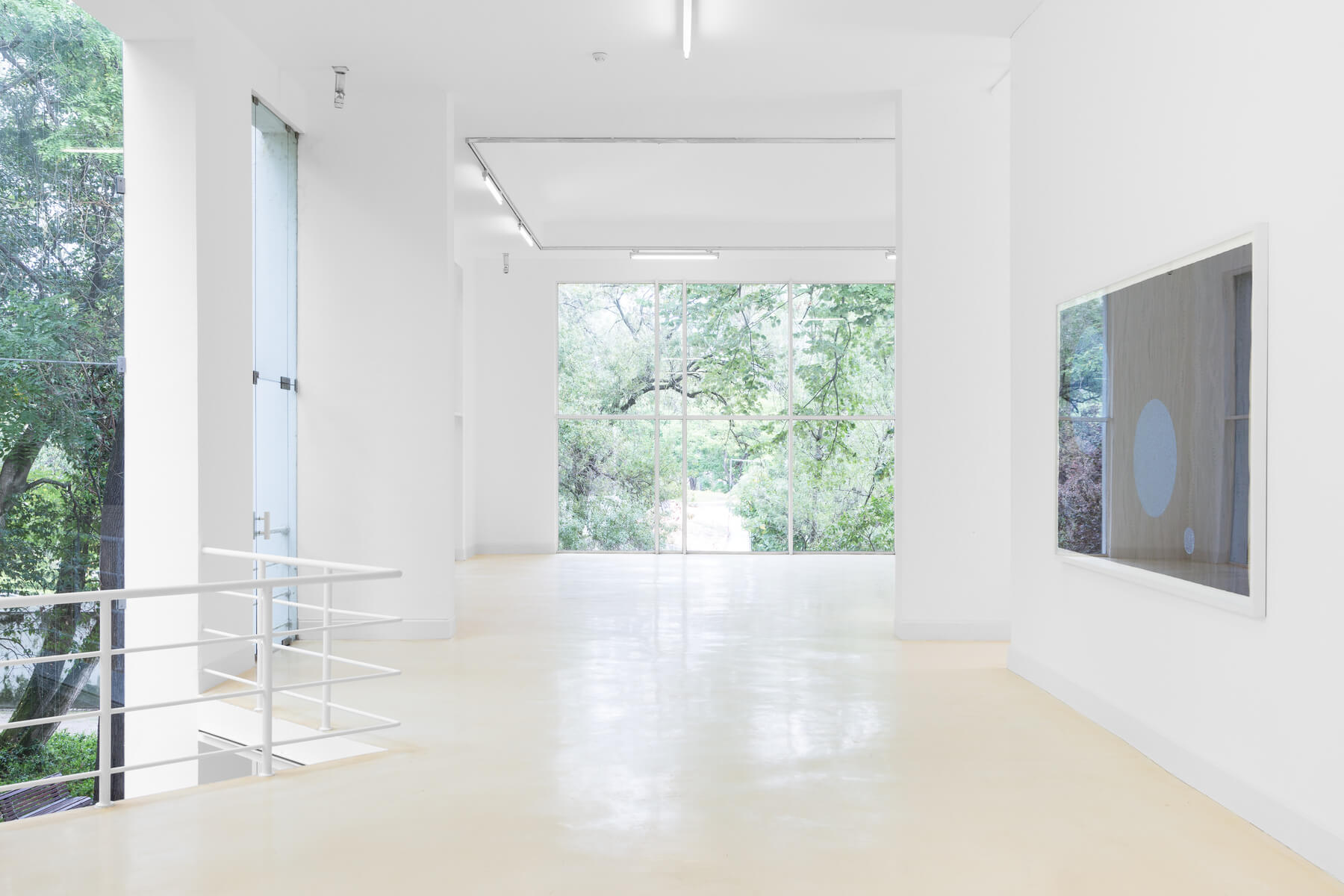 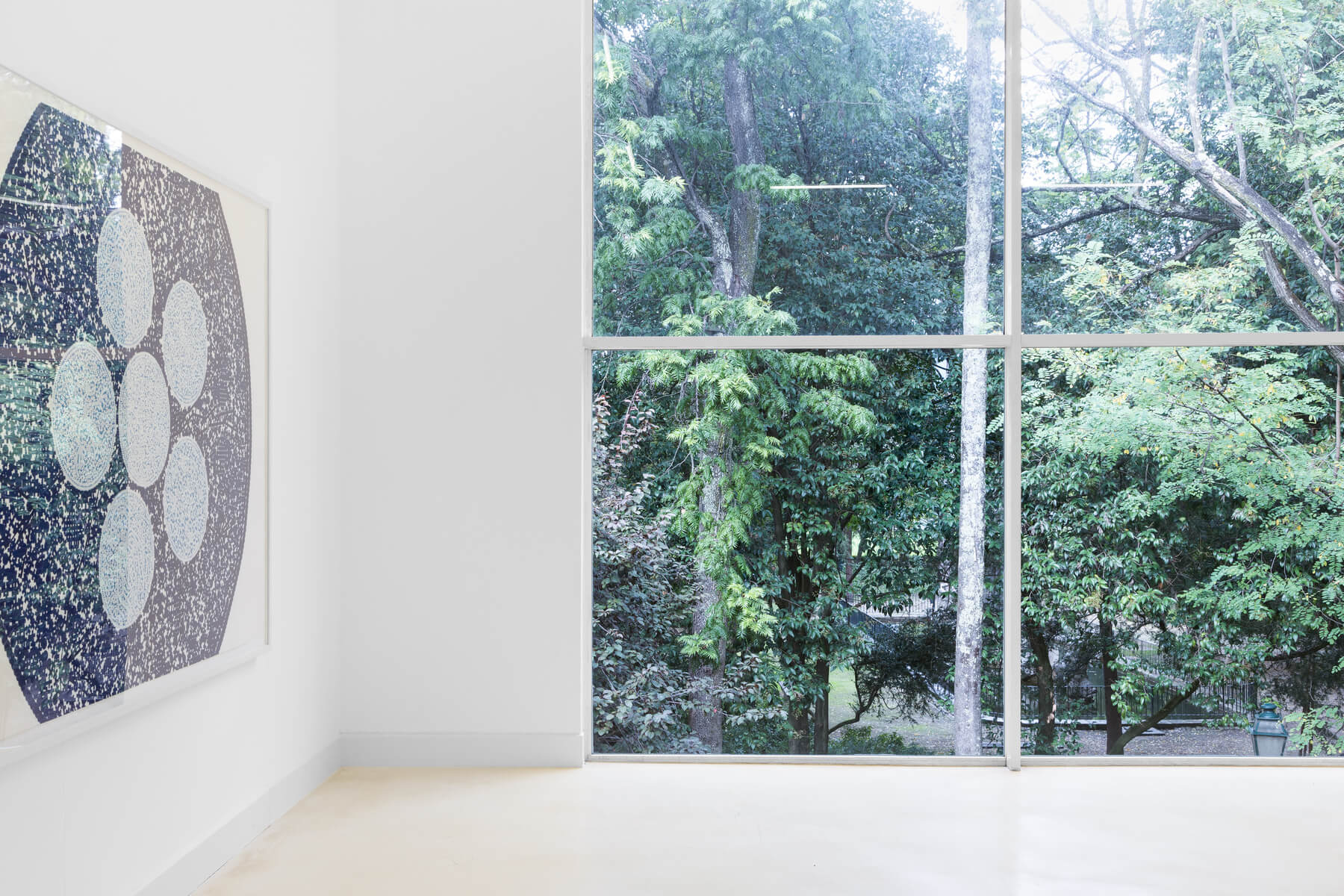 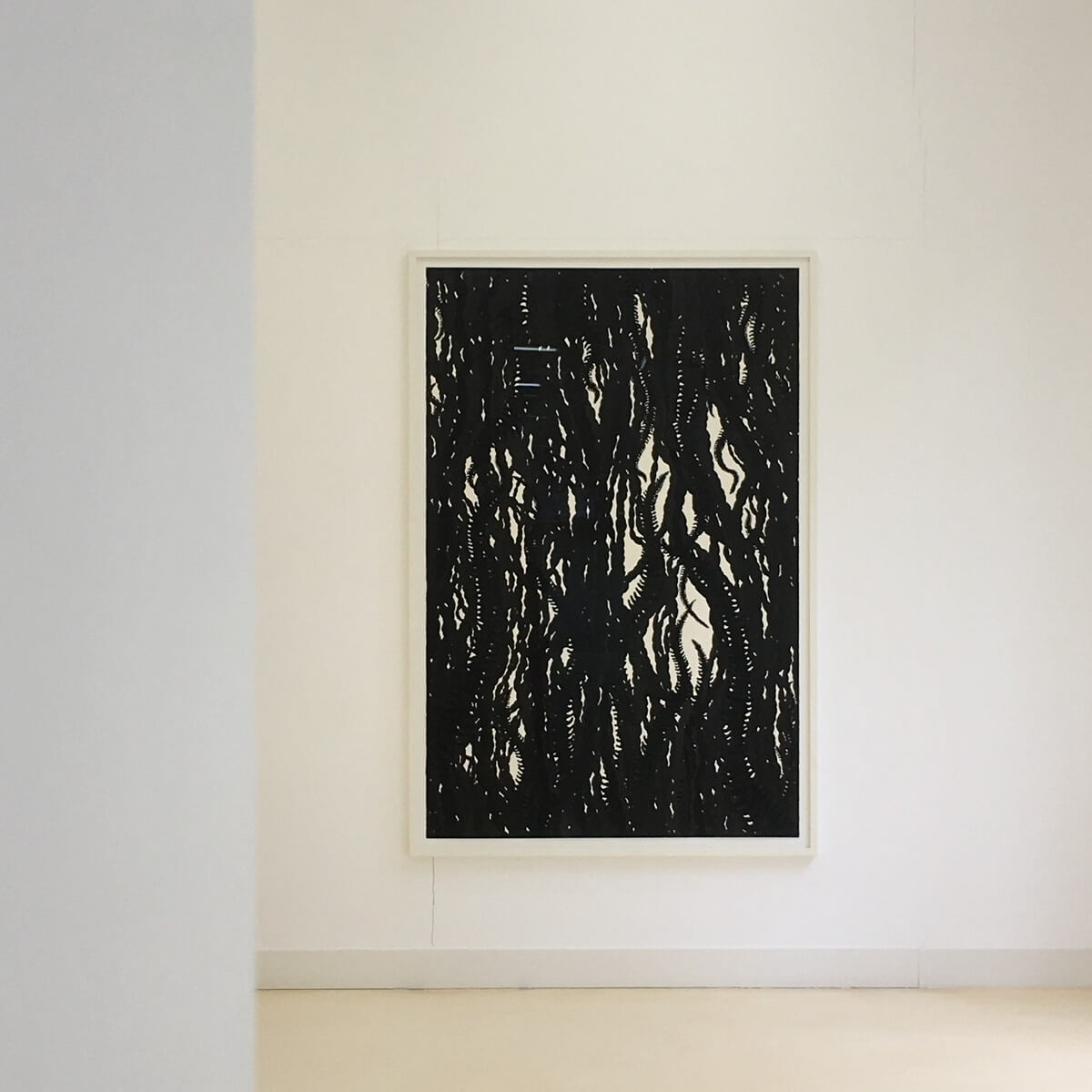