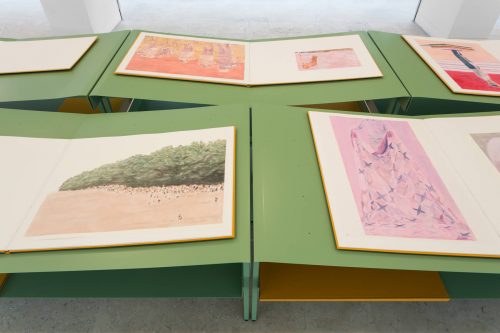 Brief reflection in the first person on some of the challenges contained in the works in this exhibition.

For years, I pursued Bruno Pacheco with questions about the way he chose the images that would later appear in his paintings. I was obsessed with trying to understand what guides an artist – and, in this case, an artist who works mainly on the basis of pre-existing images – to select a given image over all the others and to dwell on it. The functionalist logic that governed my brain insisted on telling me three interdependent things: (1) that in making a painting, Bruno was deliberately rescuing a certain image from the overwhelming torrent of images to whose flow we all contribute daily; (2) that in the absence of such a rescue, the selected image would find it very difficult to avoid being voted irrelevant and forgotten; and (3) that the impulse determining such a rescue could only be of the order of urgency, that is, that in some way, the chosen image had to signal something that Bruno felt it was important to make known to the public through the painting and the particular experience it stimulates. In other words, I always assumed that the iconic value of images not only preceded but also justified their artistic value as paintings – something that Bruno, of course, could not fail to reject, albeit respectfully.

During an interview we did together in 2012, Bruno and I discussed this issue in terms that lit up a much wider field than the issue originally envisaged. As I could see at the time, the decision process that leads to the choice of an image may contain a whole programme, perhaps even a whole artistic positioning. Contrary to what I thought, the choice of an image is not a starting point: it not only depends on the set of images that preceded it and, even, on those that Bruno foresees using (and that, together, form a kind of lexicon with which the history of his artistic universe is told), but it also reflects two other basic concerns in his work, namely: that what is shown in the works does not take away the one who sees from the awareness that he is seeing a painting, and that the image poses him (Bruno) a challenge with regard to his pictorial transformation.

The first premise means that Bruno keeps a close watch on any temptation to include in his work any images of a sensational high rate. Images of celebrities, grotesque scenes, political figures, historical places, pornography, idyllic landscapes, events of broad social impact, narratives, icons of all kinds – all of them are liminarly excluded from the artist’s favour. Not because he has any intention of escaping from the construction of an imaginary capable of questioning the viewer, but precisely because he intends to place this questioning on a plane that transcends the mere exercise of recognition or of a game of “discovering the differences” between the residue of a already-seen and the new condition of that already-seen in painting. This certainly recommends the application of a criterion that favours subtlety, suggestion, the least obvious connection and anything that can put the observer in the disposition to participate actively in the construction of this dialogue, contrary to his usual posture as a passive spectator. It is a matter of attention, in fact – of stimulating the viewer to concentrate on something that not only does not end at first glance but ultimately also inspires him to scrutinize this something long enough so that its surface ceases to be a mere conductor of an intangible content – a representation – and becomes a content in itself – a painting.

The fact that many of these images manifest a considerable degree of ambiguity is one of the factors contributing most to this concentration. In fact, an appreciable part of Bruno’s work consists precisely in removing from the original images his, let us say, clarity to bring them closer to a much more dubious and elusive state. To do so, he uses a wide range of visual resources, such as reframing, chromatic alteration and/or levelling, blurring or accentuation of contrasts, dilution of visual acuity, among others. Not infrequently, what results from this are paintings that explore that narrow liminal fringe between figuration and abstraction and whose point of balance – or rather, the possibility of reaching that point of balance – is half of the challenge to which we alluded above. The other half involves choosing images that, from the outset, pose difficulties in transposing them into the pictorial field, that put in check the accumulated knowledge of two decades of intense and uninterrupted studio practice, that renew the fascination for this apparent passage of magic that is the creation of a painting.

Nothing more misleading, however: in Bruno Pacheco’s case, the pictorial translation of an image comes neither from an alchemical process nor from a momentary inspiration of the artist. On the contrary, it is the result of a thorough process of approximation, testing, evaluation and variation. And it is precisely in this laboratory context that the works on paper that this exhibition shows originate. Its overwhelming majority was born in the context of this search for the painting that a certain image can bring about. Naturally, the same painting may have originated dozens of previous works on paper, none of them with inferiority complexes compared to the version that eventually reached the surface of the canvas. This is neither subservience nor subordination. These are not sketches of paintings: they are instances of an artistic process that integrates distinct moments and bodies and that in no other way would be made available as generously, openly and organically as through the gathering of the four hundred works on paper that these books hold and that the exhibition now presents. 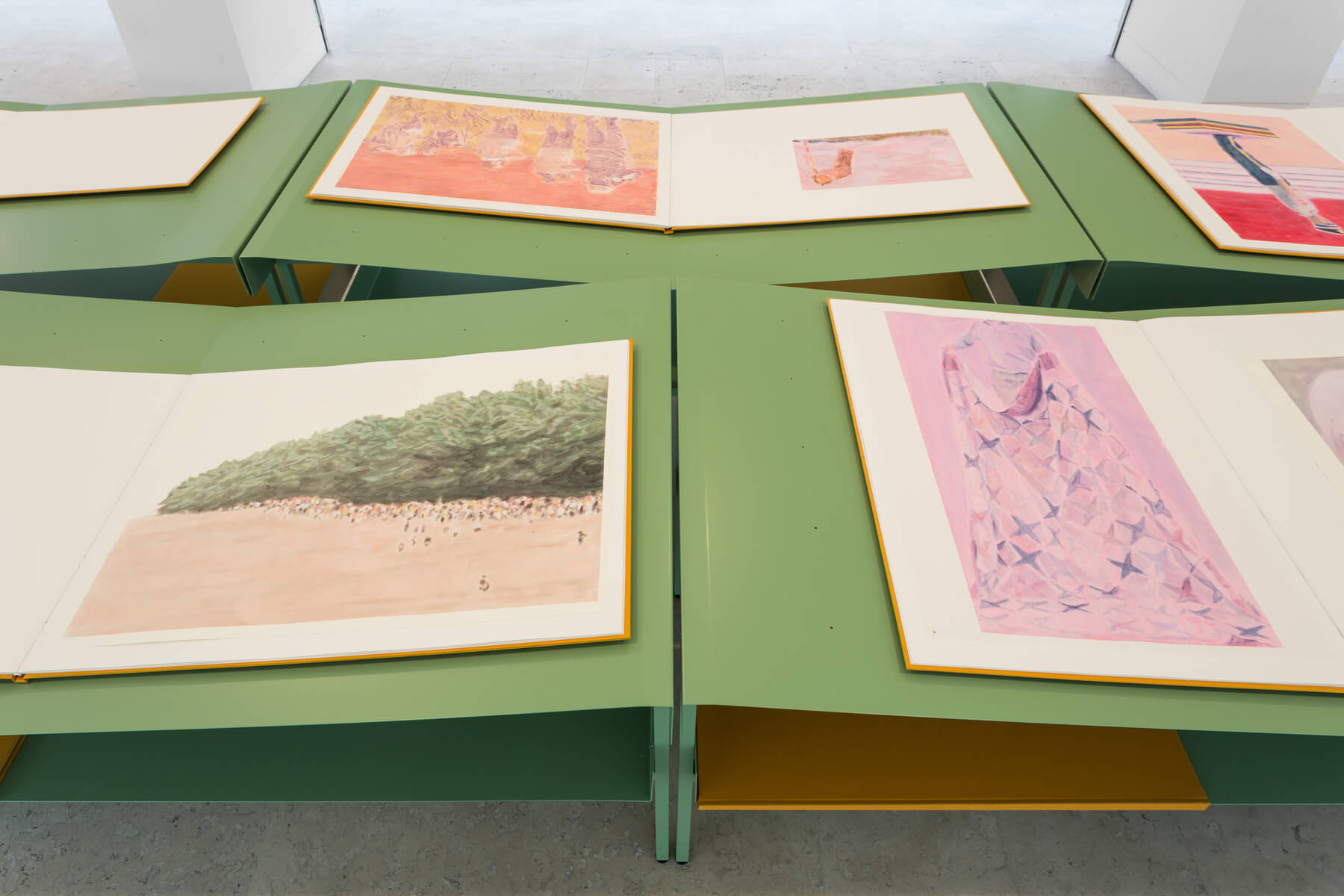 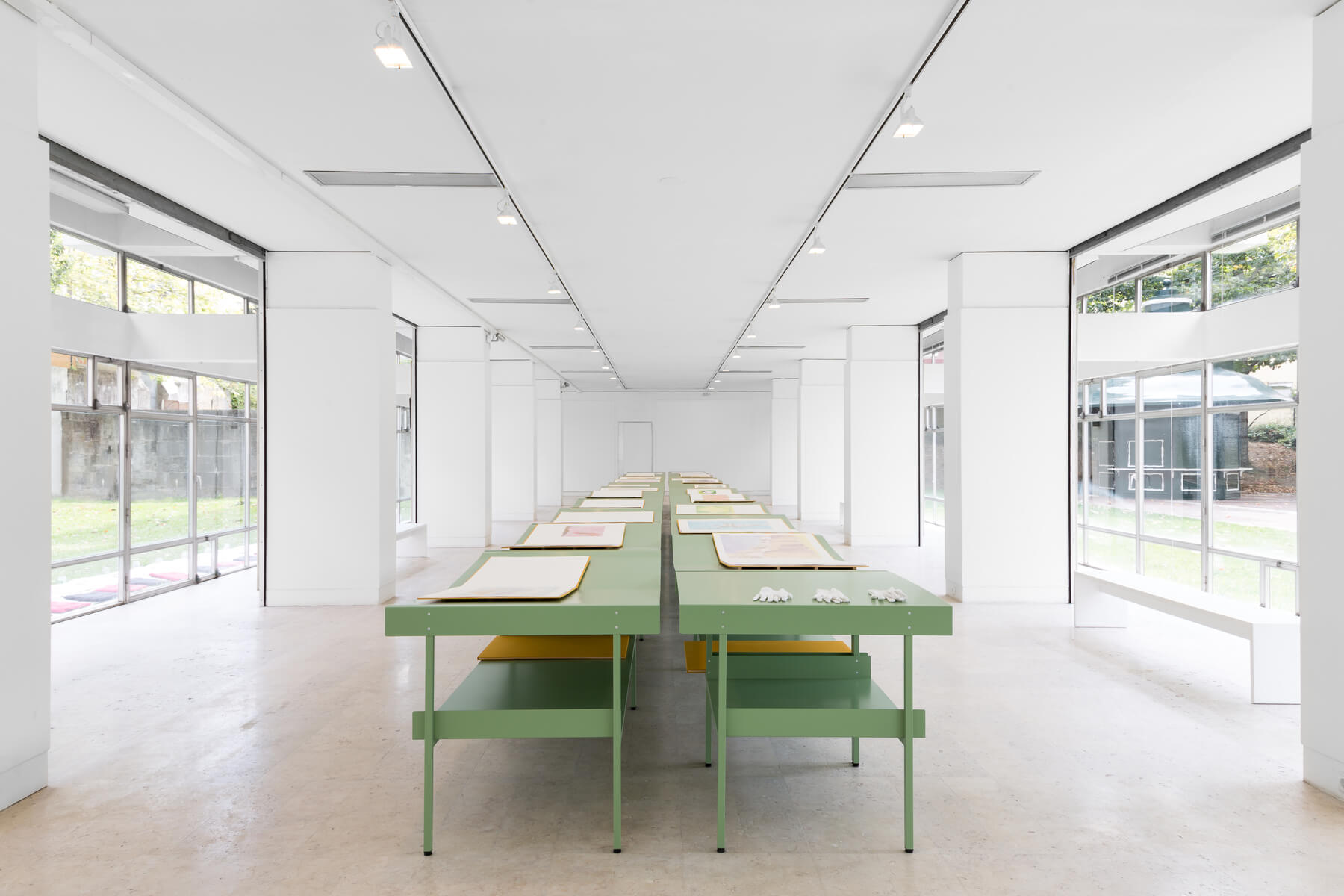 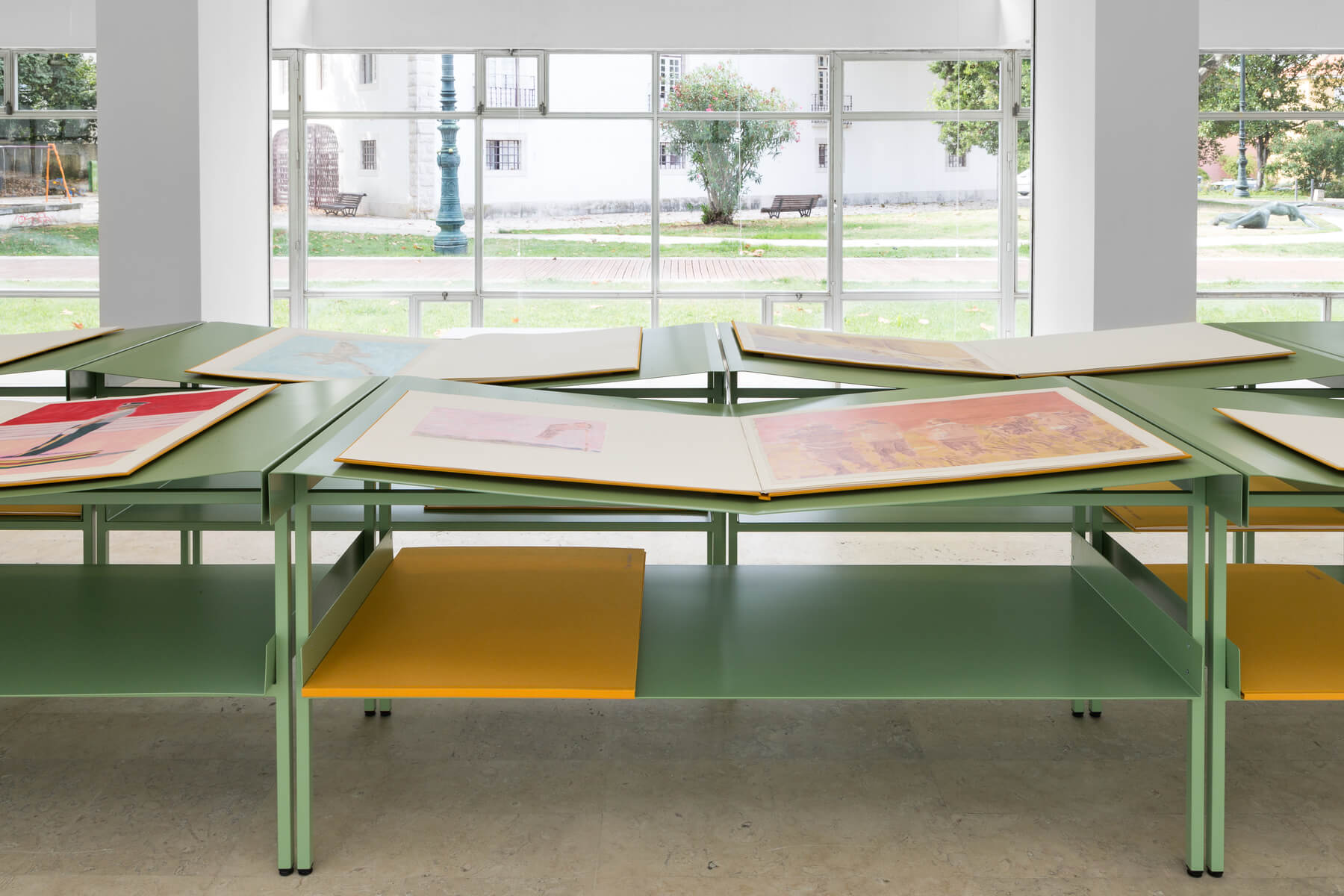 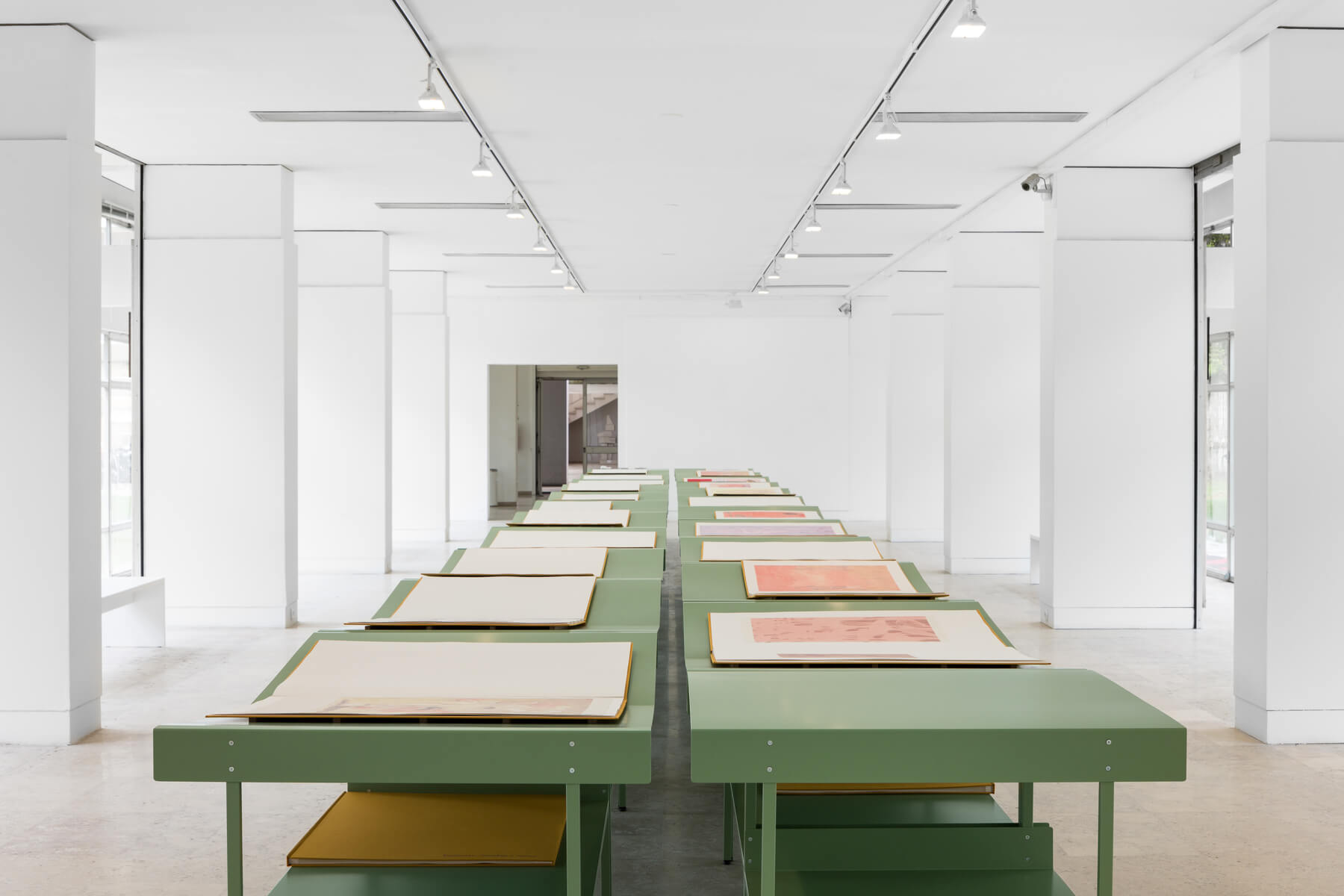 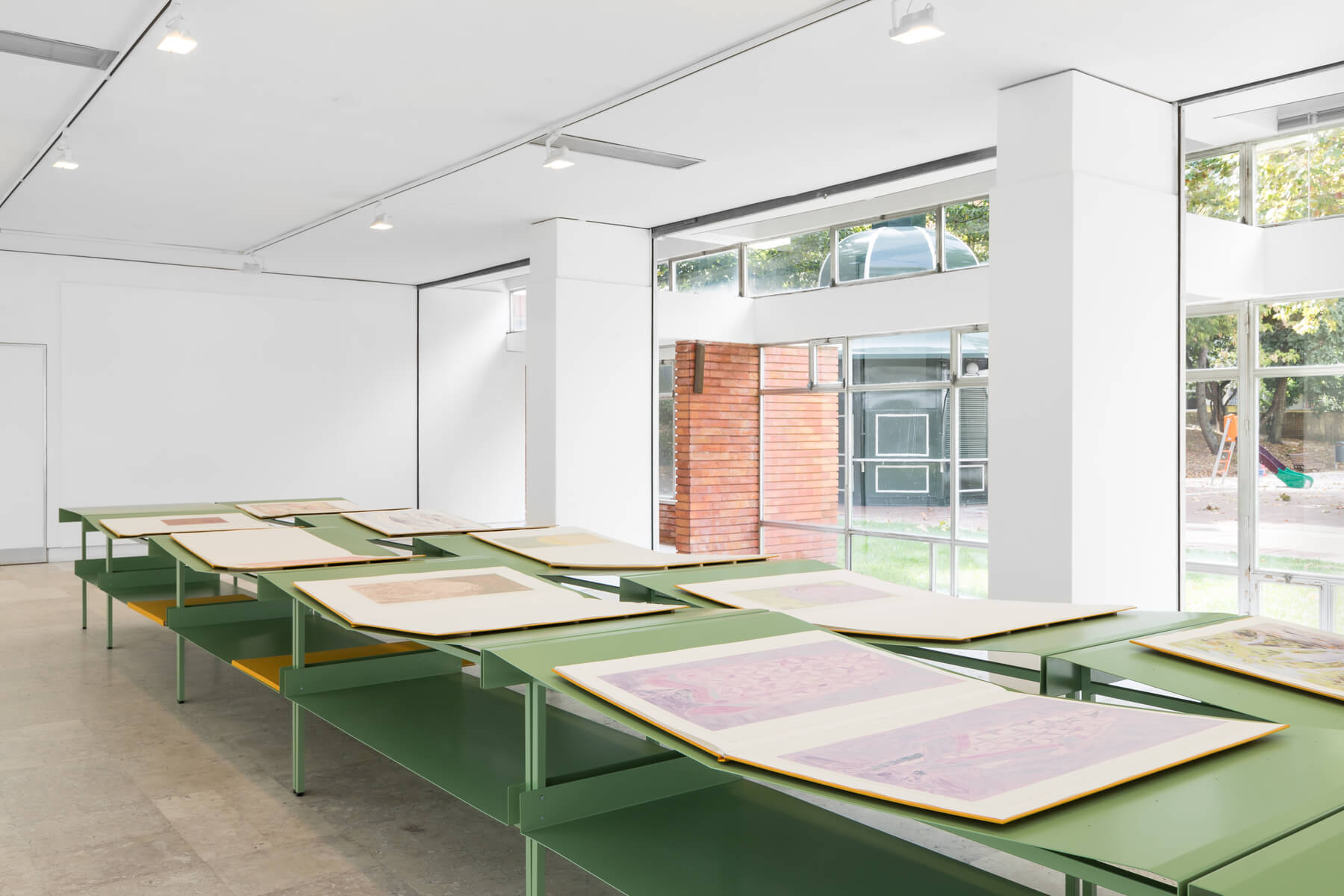 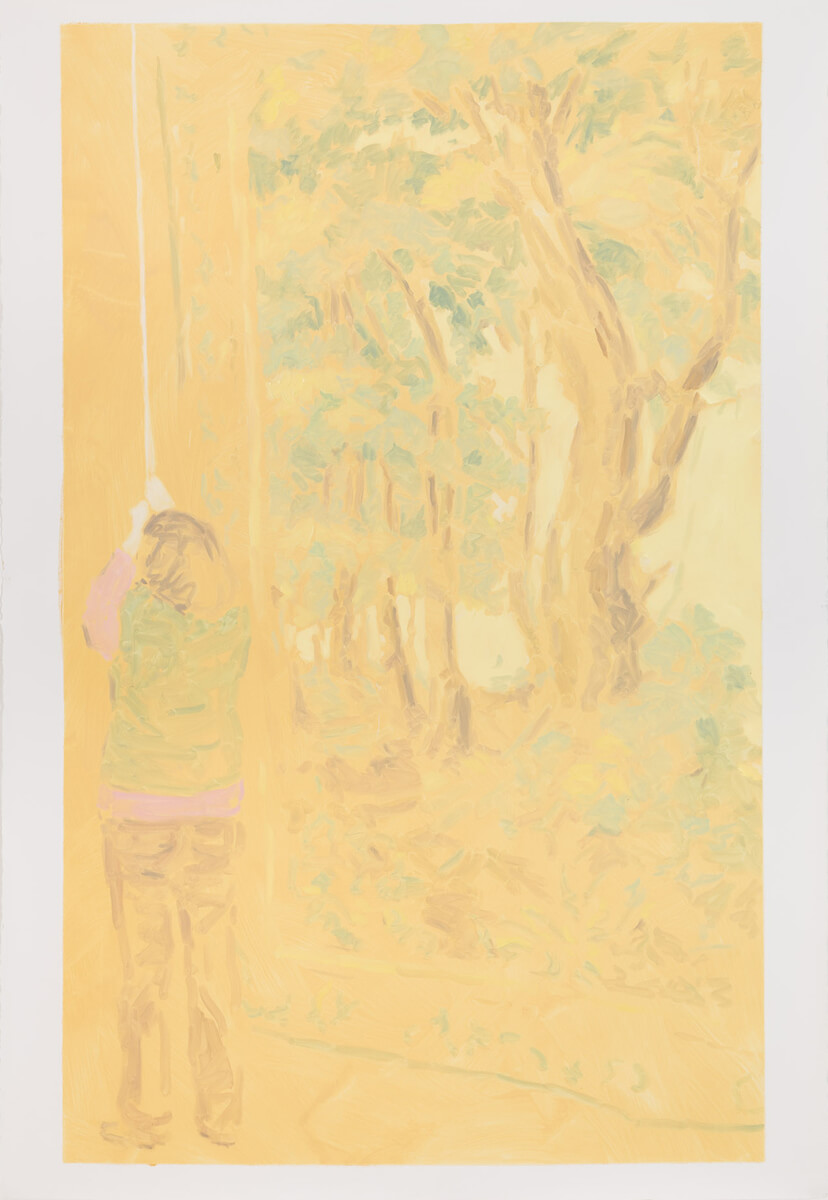 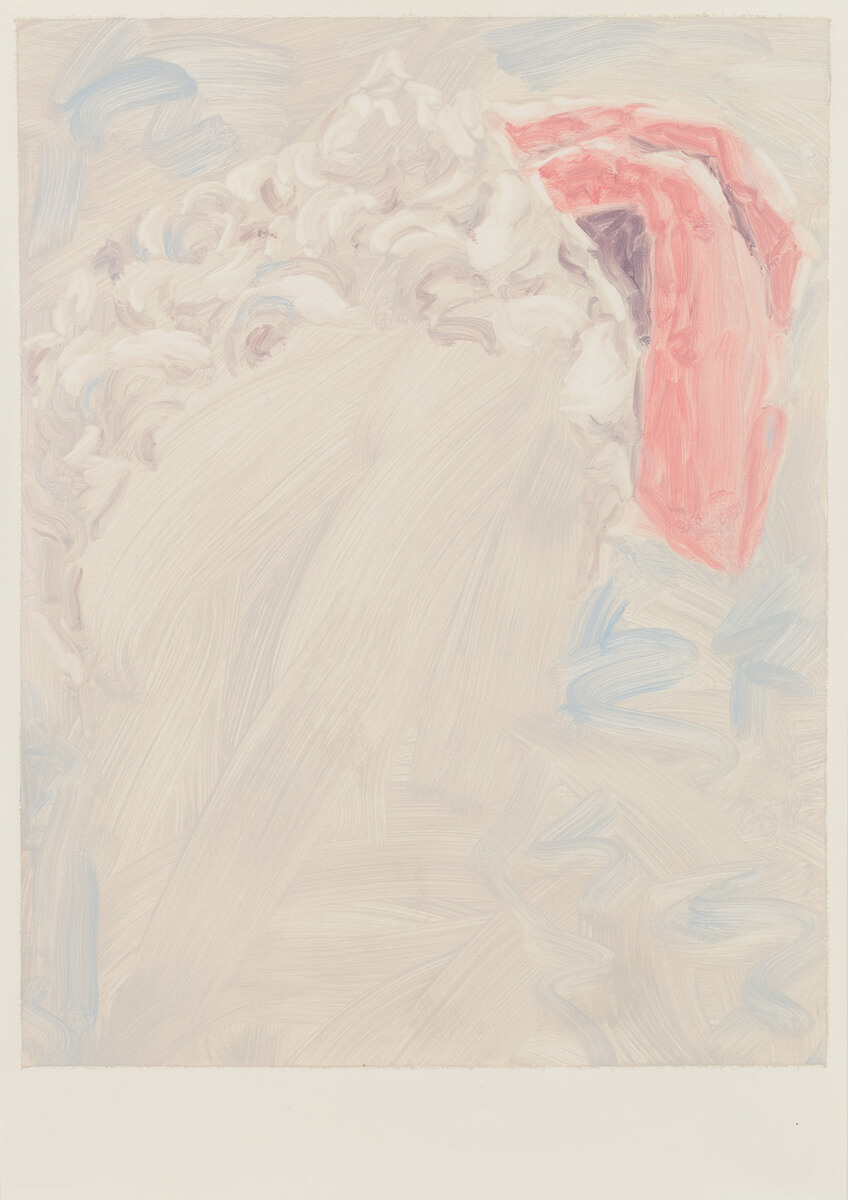