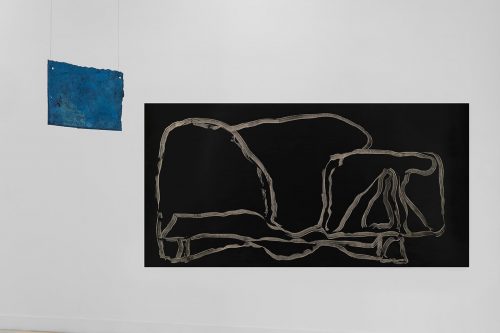 The Municipal Galleries present the book lauch of the publication which accompanies the exhibition Um estranho aqui cheguei, by Pedro Calapez e Alexandre Conefrey, on view at Pavilhão Branco between September 18 and November 14, 2021, curated by Sérgio Fazenda Rodrigues. The publication features texts by Tobi Maier, Sérgio Fazenda Rodrigues, José Gil and Nuno Vieira de Almeida, as well as photographic reproductions of the exhibited works.
The publication will be presented during the event Drawing Room with the participation of the artists, the curator and the director of the Municipal Galleries.

“The epiphany for the exhibition was triggered when the artists discovered a shared passion for the song cycle Winterreise, which consists of 24 themes for voice and piano composed by Franz Schubert in the autumn of 1827, one year before his death, for poems by Wilhelm Müller.”

“In fact, by seeking a sense of unity activated by the viewer’s perception, or by the delay inherent to the trajectory across space, the exhibition questions romantic disquiet and rethinks the violence that a change in scale often entails. The rethinking of disquiet abdicates from setting a collision course to instead seek for the complementary, as it questions humankind and its capability for action. Indeed, by avoiding confrontation and seeding doubt, the exhibition tries to oppose romantic drama to a state of care that comes about subtle but subversively.”

“Conefrey’s pieces are a counterpoint to Calapez’ thanks to Sérgio Fazenda Rodrigues installation, which aims at the greatest possible complexity: the visitor participates in the “choreography” prepared by the curator. In each room, the trajectory is from Calapez’ “involving” paintings to Conefrey’s small pieces arranged at different heights from the floor. The movement is from the visible unity (and virtual plurality) of Calapez’ canvases to Conefrey’s real multiplicity, the visitor’s body being the translator of this to-and-fro. When two gazes intersect to form a third, the obscure background diffracts into manifold images: the journey multiplies the trajectories”

“The interesting aspect, which reveals some of the musical masterpiece’s “inspiration” is that Conefrey also shows a series of small paintings in pigment on paper in which the object’s “trail” is now entirely subsidiary vis-à-vis the generated image: we know it is present, but that presence is no longer clear, but rather the blur that it generates, amplifies or diminishes becomes the pictorial object’s new raison d’être. This is my reading of the transposition of the notion of mobility and transformation of something ominous existing in the music.” 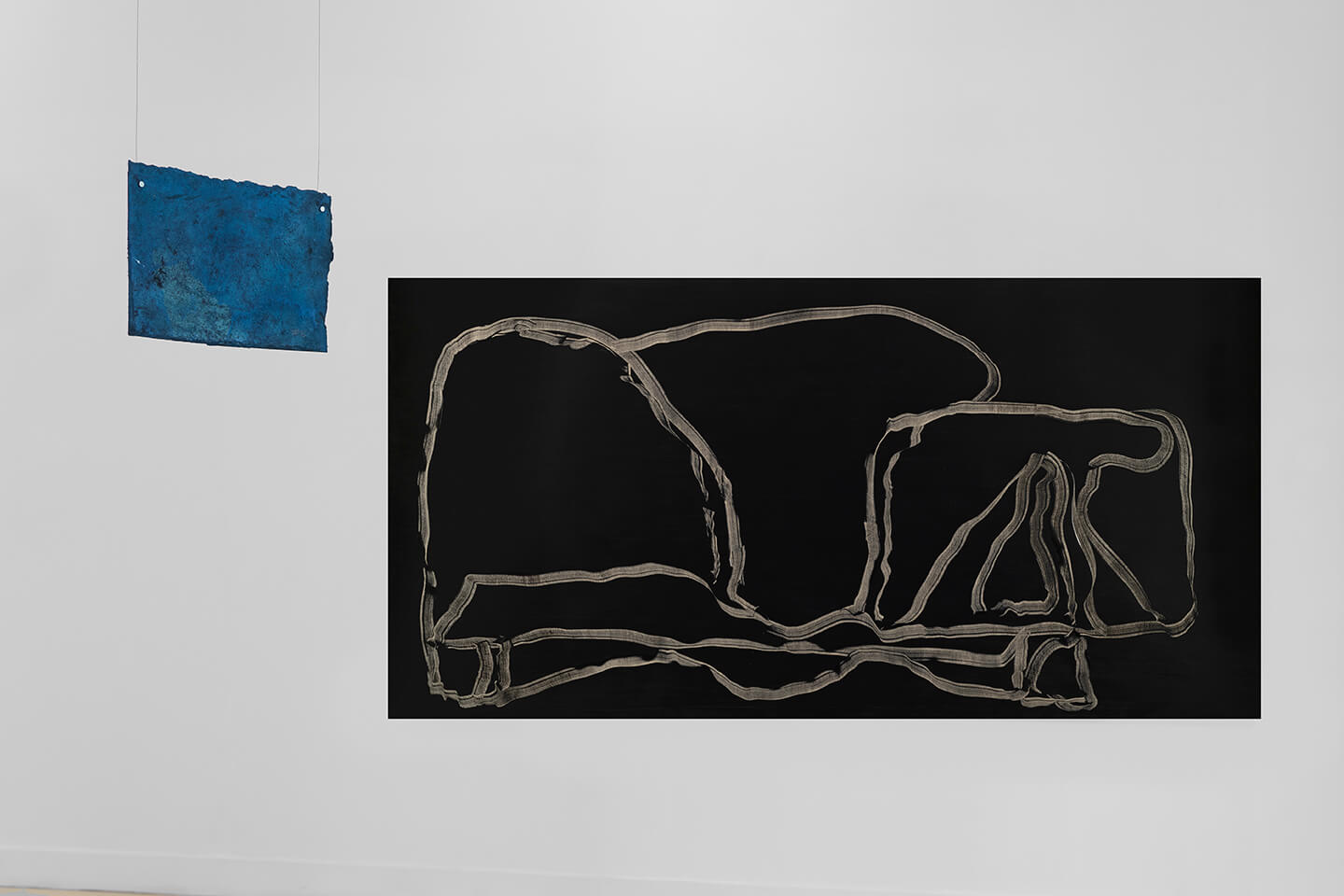