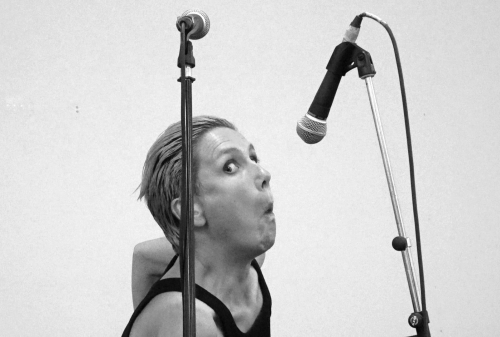 Composed by Violaine Lochu as part of the Twin Islands project, carried out in parallel with the Portuguese artist Sara Bichão, W Song focuses on underwater sound signals and the phenomenon of echolocation (or ecolocation). This term refers to the way in which certain animals emit sounds in order to locate themselves in space and the elements of their environment – partners, obstacles, predators, prey, etc. Human technologies such as sonar use this principle.

Violaine Lochu and Sara Bichão, one on the island of São Miguel in the Azores (Portugal), the other on the island of Ouessant off the coast of Brittany (France), reflected on the means of communicating at a distance during their parallel residencies. The presence of cetaceans near the Azores led Violaine Lochu to look into their mode of communication.

This elaborate system of clicks, buzzes, whistles and roars enables them to move around, find their bearings, express their sexual desire and even their place in the social hierarchy. It is essential to their individual and collective survival. Animal echolocation, particularly that of large marine mammals, is largely parasitized by human technologies – echo sounders, sonar, air guns, etc. Initially used for military purposes (locating enemy submarines, for example), these technologies are now mainly used for exploiting the seabed (hydrocarbon prospecting in particular). The sound emissions associated with these technologies seriously disrupt the marine ecosystem. These signals reach animal organisms directly, cause irreversible lesions (ears, swim bladders, etc.), cause internal haemorrhaging, and blur spatial orientation – phenomena that can also cause cetaceans to strand.

Through the prism of her voice, Violaine Lochu attempts to speak about shared territories and the complex interconnections between the components of the marine world. Thanks to an amplification device that allows her to spatialise the sound in two distinct points, and a reverberation effect that recalls the quality of underwater recordings, she plays with the notion of call, dialogue, double voice, mutual localisation, interference… The vocabulary she uses brings together human and non-human sounds – sperm whale clicks, foghorns, sonar beeps, drilling hammers, blue whale songs, dolphin whistles…

She creates a kind of cyborg opera that brings into play the body, space and sound. Indirectly summoned, the polysemic figure of the mermaid (mythological fish-woman with an irresistible song – probably inspired by that of the whales – or human device emitting alarm sounds) condenses the questions raised, poetically displacing them towards a protean song at the intersection of the three registers: animal, human, machine. 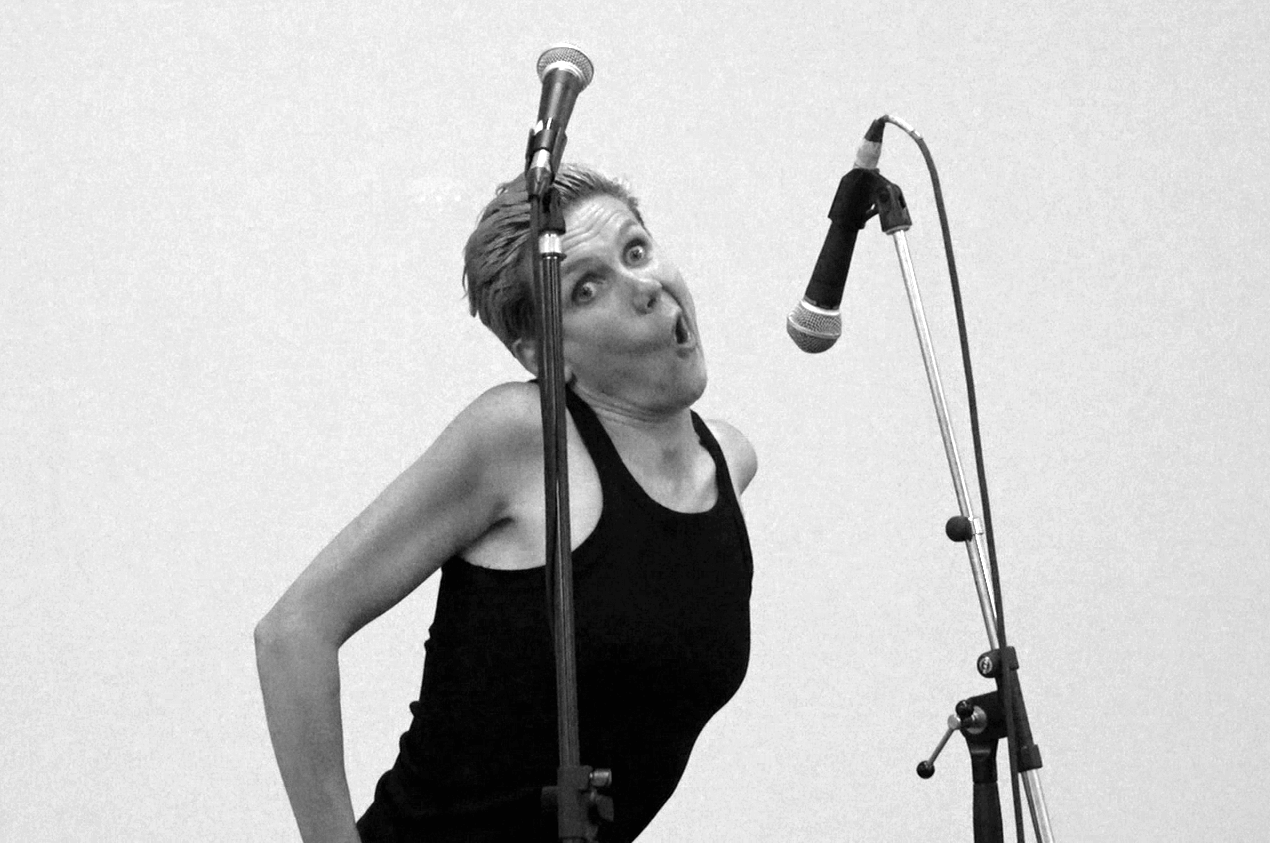