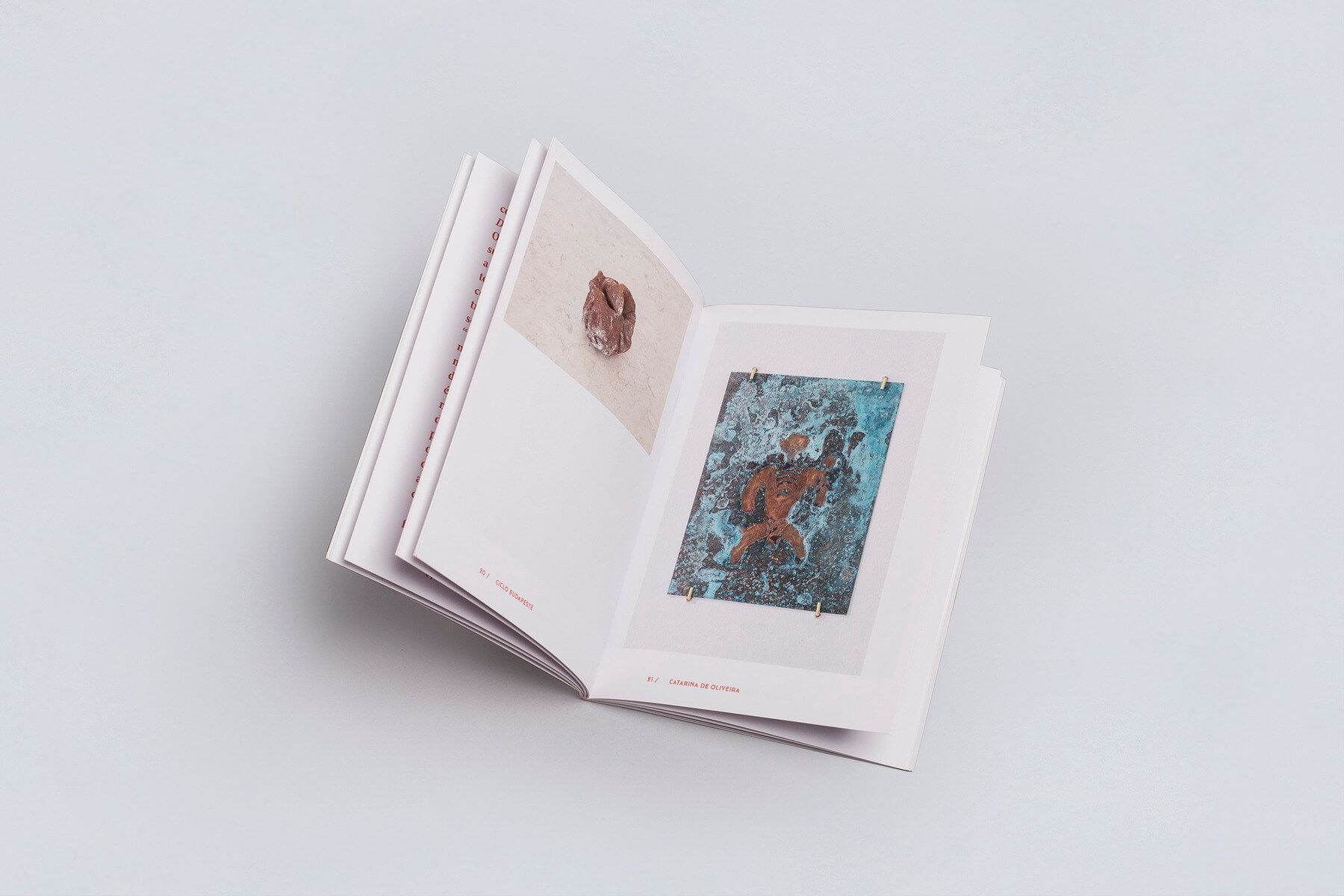 This catalogue accompanies the exhibition Devouring the Contiguous by Catarina de Oliveira, with the participation of Amandine Guruceaga, which was on view at Quadrum Gallery between 28 May and 24 June 2016. This exhibition was part of the Budapest Cycle, an initiative of the Lisbon City Hall in partnership with the Municipality of Budapest. Through this program, two Portuguese artists are selected to develop an artistic project during a one-month residency in Budapest and two Hungarian artists were selected to develop a project also during a one-month residency in Lisbon. This volume contains photographic documentation of the works exhibited, including exhibition views, and a text by José Marmeleira.

“Devouring the Contiguous challenges the viewer to think about the common ancestry between the artistic act and beliefs, its relationship with materials, with the surrounding landscapes, with other temporalities, to regard art as metamorphosis, alchemy. This is how the copper plates O Xamã de Tassili n’Ajjer [The Shaman of Tassili n’ Ajjer] and As gentes do Palnalto de Ennedi [The people of the Ennedi Plateau] can be understood. They represent, respectively, cave paintings that can be visited on a plateau in Algeria and in the part of the Sahara Desert that lies in Chad. And, transfigured by Catarina de Oliveira’s intervention, they evoke both divinities and the acts – found across civilizations and cultures – of drawing, of representation, of making visible.”