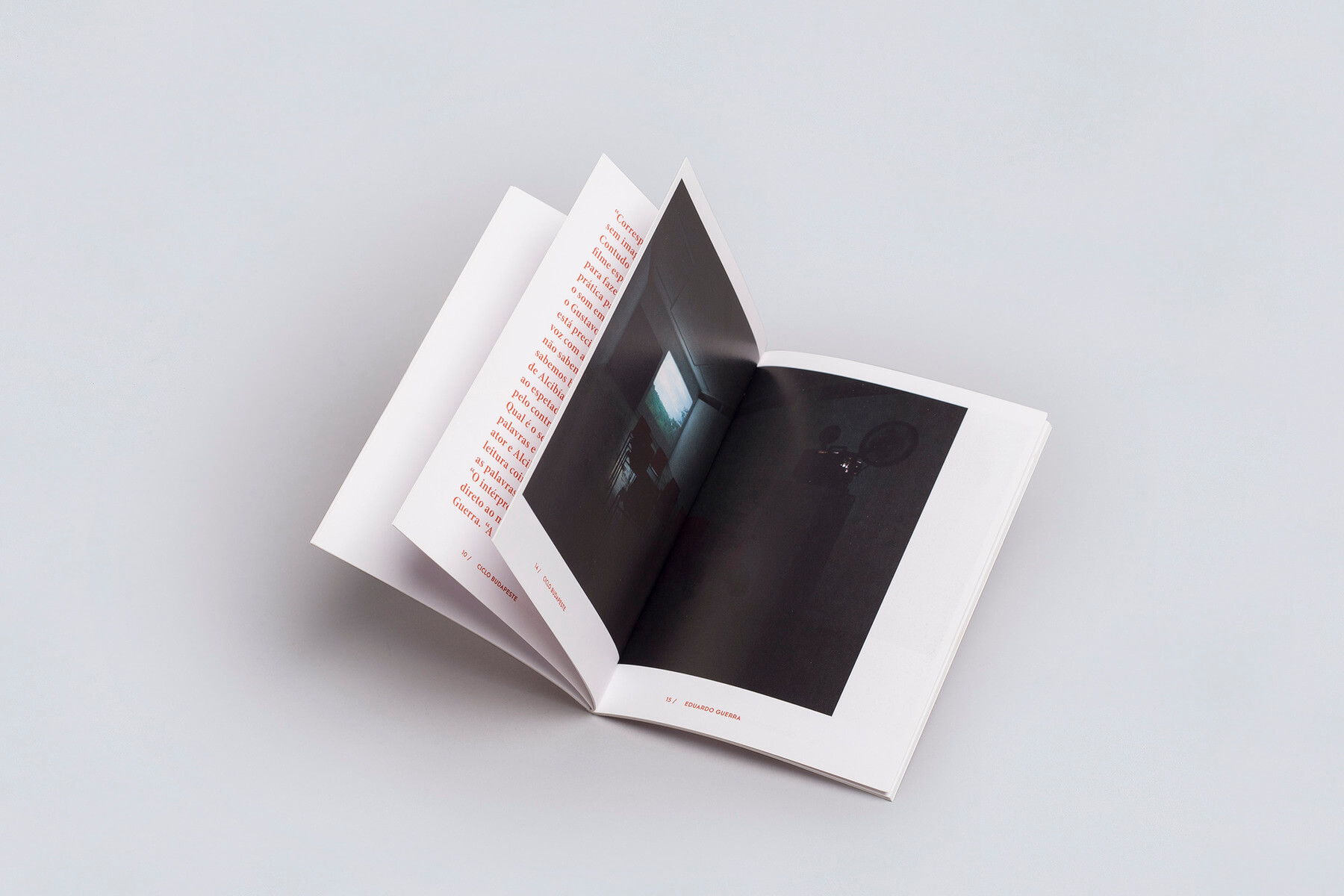 This catalogue accompanies Eduardo Guerra’s solo exhibition, which was on view at Quadrum Gallery between 20 and 31 March 2013. This exhibition was part of the Budapest Cycle, an initiative of the Lisbon City Hall in partnership with the Municipality of Budapest. Through this program, two Portuguese artists are selected to develop an artistic project during a one-month residency in Budapest and two Hungarian artists were selected to develop a project also during a one-month residency in Lisbon. This volume contains photographic documentation of the works exhibited, including installation views, and a text by José Marmeleira.

“For Eduardo Guerra, emancipation implies the existence of a dialogue, of a confrontation. There is no knowledge or freedom without the other. And the other, as has already been stressed, also emerges in the viewer. It is he or she who is addressed by the discourse, sometimes in English, sometimes in Portuguese, between familiar and unfamiliar words. Through desynchronization.” 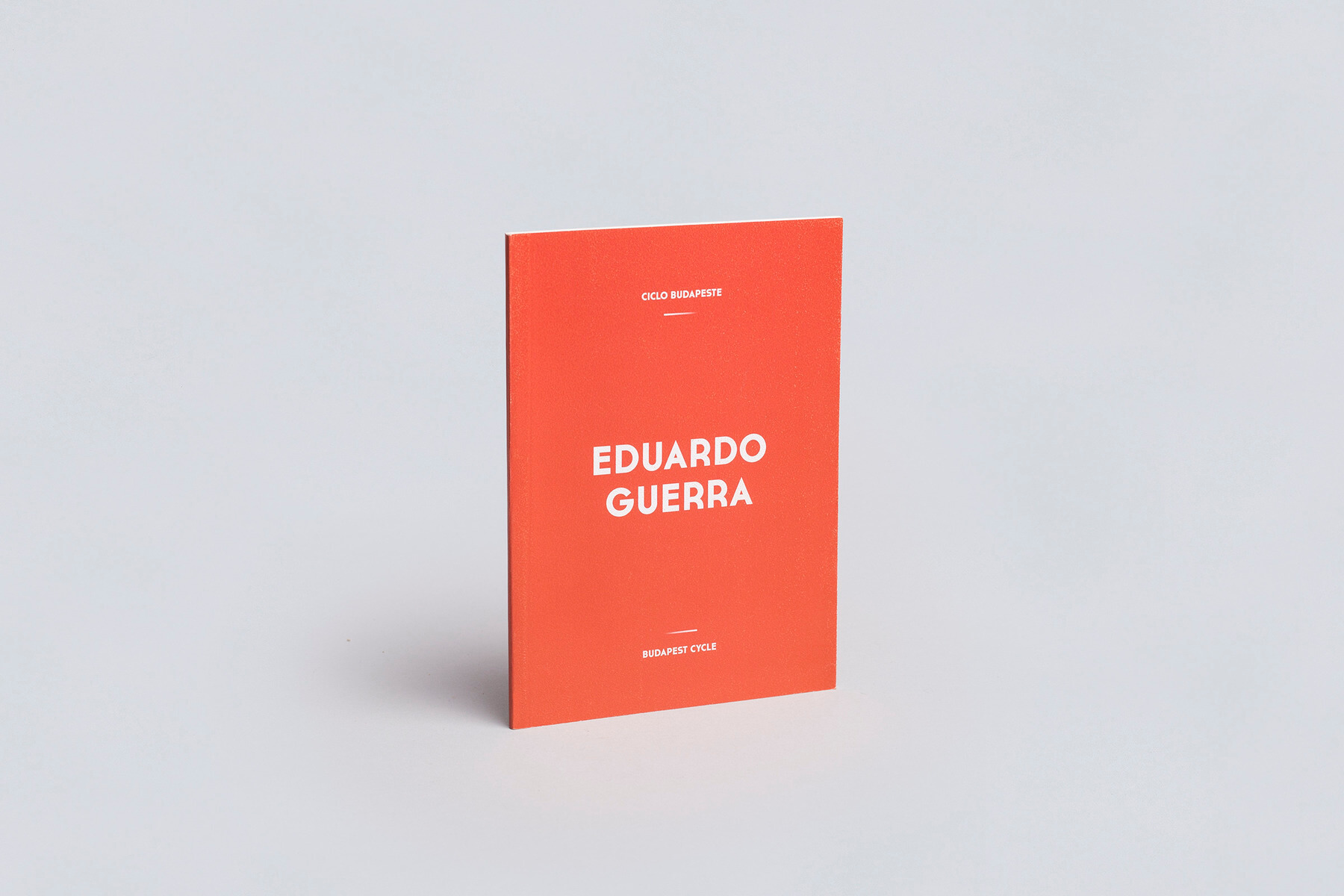