O Oco e a Emenda [The Hollow and the Splice] 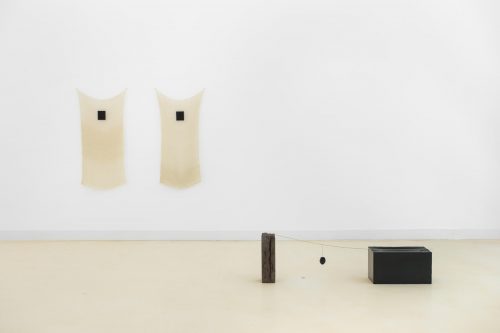 ‘What then was life? It was warmth, the warmth generated by a form-preserving instability, a fever of matter, which accompanied the process of ceaseless decay and repair of albumen molecules that were too impossibly ingenious in structure. (…) It was not mater and it was not spirit, but something between the two, a phenomenon conveyed by matter, like the rainbow on the waterfall, and like the flame. Yet why not material – it was sentient to the point of desire and disgust; the shamelessness of matter becomes sensible of itself and of the incontinent form of being.’ Thomas Mann (The Magic Mountain)

Bosquê works fundamentally on the corporeality of forms and materials in their most physical and concrete aspects, exploring the limits and capacities of space and the body. Her sculptures and interventions can be understood as odes to the manual artistic process. Each work invests in an intimate connection with the essence of each material and its physicality, and in this context the artist decides to intervene or not, often playing with questions related to human proportions, dimensions, and the weight of each object.

For this exhibition, Paloma Bosquê presents a set of 21 new works, each quite different from one another in a formal sense, but whose common denominator is organicity and fluidity. Her artistic process begins with each concrete element and an investigation of its behaviour in relation to space and the rest of existence itself. In this exhibition, it is as if the garden of the Museu de Lisboa and the interior of the Pavilhão Branco cease to have a beginning or an end, interior or exterior, merging into one single arena.

Contrasting with the latent lightness conveyed by the works is a strong metaphysical component and a deep historical, anthropological, and political charge, not only in each piece but running through the practice of the artist as a whole.

In her works, and in this exhibition, one senses the strong connection to plants, the focused affinity Paloma feels with each material (whether prosaic or refined) and her lack of haste amid the fast-paced world that surrounds her. Paloma consciously desires and achieves exactly that, transforming the moment and stopping time for those who look and live each of her works.

“On Provisional Interactions” and “Beam #2” are works, which highlight concepts of fitting and the balance of matter in space. The works hold themselves together by their own structure.

Consisting of small flat bronze sculptures, in “Twigs”, it is the element itself that is given prominence, simultaneously carrying within itself the weight of the history of sculpture and the element of nature whose time has come to an end.

In her practice, Paloma Bosquê challenges the observer to confront the physicality/materiality of the works through sensory interaction with the pieces. In “Plumb Lines” the felt wraps and supports wax eggs. The threads give balance and alignment.

Part of a series of what the artist calls compositions, “Gridded Crux” seeks a harmony between varied materials through a relationship of weight and support, a consensual agreement between each element. An attempt to build a vocabulary of simple structures, inspired by sometimes vernacular construction processes. “Dive” follows the same logic of closely adjusted counterbalancing of varied materials. In this work it is the suspended matter and its relationship with space and gravity, which creates a tension and feeling of weight between the two elements. Likewise, in “Suspension Bridge” and “Trampoline”, a balance between each part of the work is sought while exploring the points of support. As anti-monuments, this whole series of compositions explore the idea of impermanence.

In contrast, “Advisers” contain a kind of narrative that is slightly more delineated and based more directly on two influences: the simple structures of the Brazilian procession banners (especially the one seen in Glauber Rocha’s film God and the Devil in the Land of the Sun – from where the title is partially derived) and Malevich’s Black Square. “Banner #2” also forms part of the artist’s structural lexicon. In this case only the frontal view of the object reveals its structure, as if we are looking at a skeleton through the flesh of a body, the basic structure that sustains it. It is only by circling the body of the sculpture that the banner can be detected.

The work that gives its name to the exhibition, “The Hollow and the Splice”, condenses several of the questions that inform the artistic practice of Bosquê. It consists of a very thin weave of golden lurex threads spliced into two bands to create a plane. The splicing is especially interesting because this overlap thickens the fabric and takes it further into space (from the drawing to the third dimension), in a further example of correspondence between weight and points of tension, but in this case within a single material. The weave is torn open by hand to expose a rhombus. While this hollow makes the work less transparent, the contrast of the hole with the accumulation of lurex lines around it makes the overall structure visible.

In “Supported Curve (Horn)”, the work’s name is also the structure, which allows it to exist, the horn which is the curve. With a brass element embedded in the block of wax, the wax becomes the very basis of the work, of which the purpose is to suspend a visually and physically heavy element – the buffalo horn. What matters here is the connection of texture and weight between horn, wax, and brass.

In seemingly turning solemnity on its head and finding gravity in a piece of matter to be thrown in the garbage, this work is related to “Shrine to Scraps,” which as a tribute to that which is left over, is a work with a certain solemnity. The wax pot holds scraps of the same material as the cup itself, the same material being both receptacle and contents.

Finally, “Liana with Rocks”, an installation inspired by the growth vectors of plants in a garden or forest. Each hand-made thread and the structure that supports them – the entanglement of the casing – asks to be consciously navigated, for attention to be given to the limits of the body itself, creating an awareness of space, of verticality, which considers the transparency of the building merging with the surrounding garden, and producing a drawing in space, the suggestion of a rhythm. 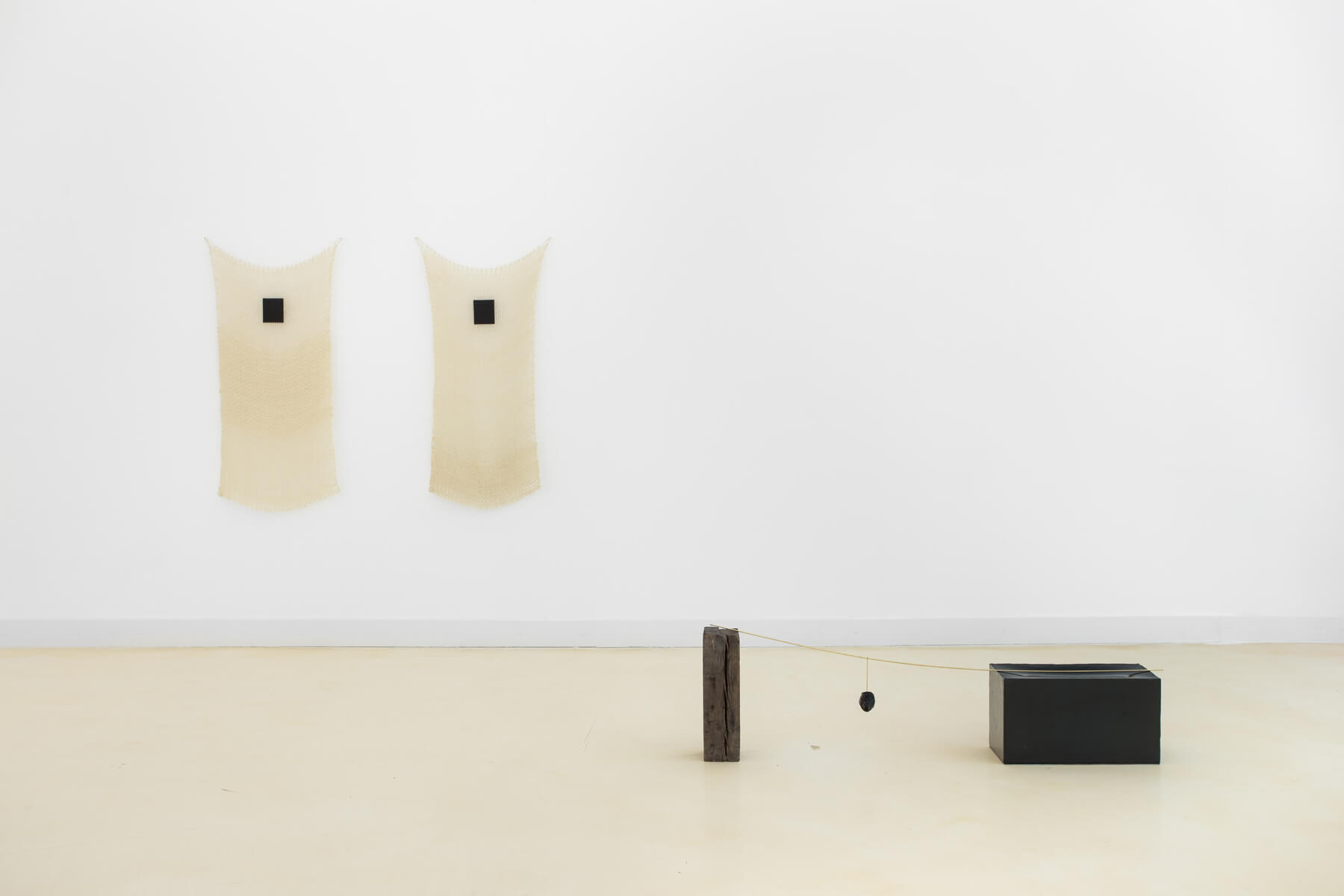 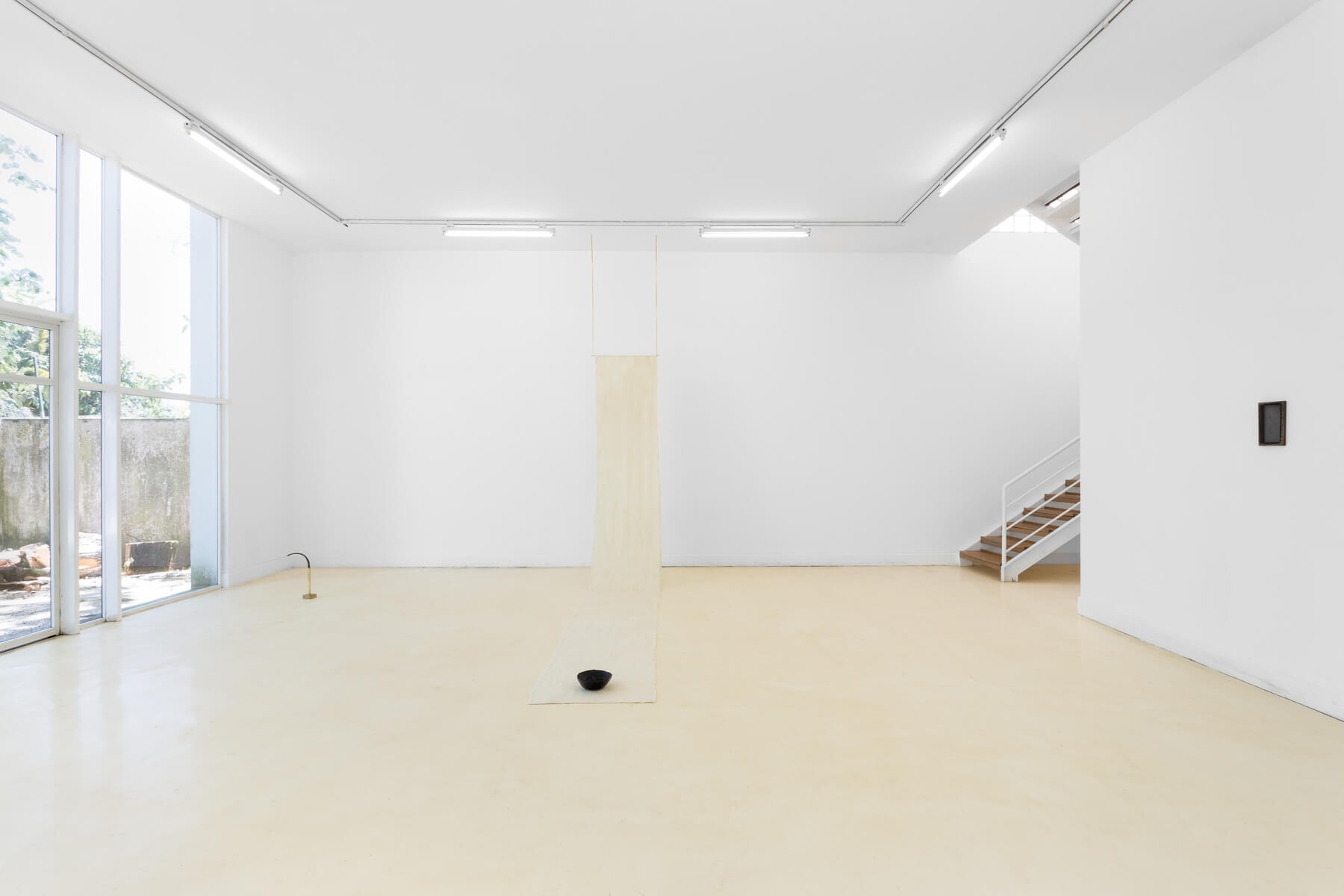 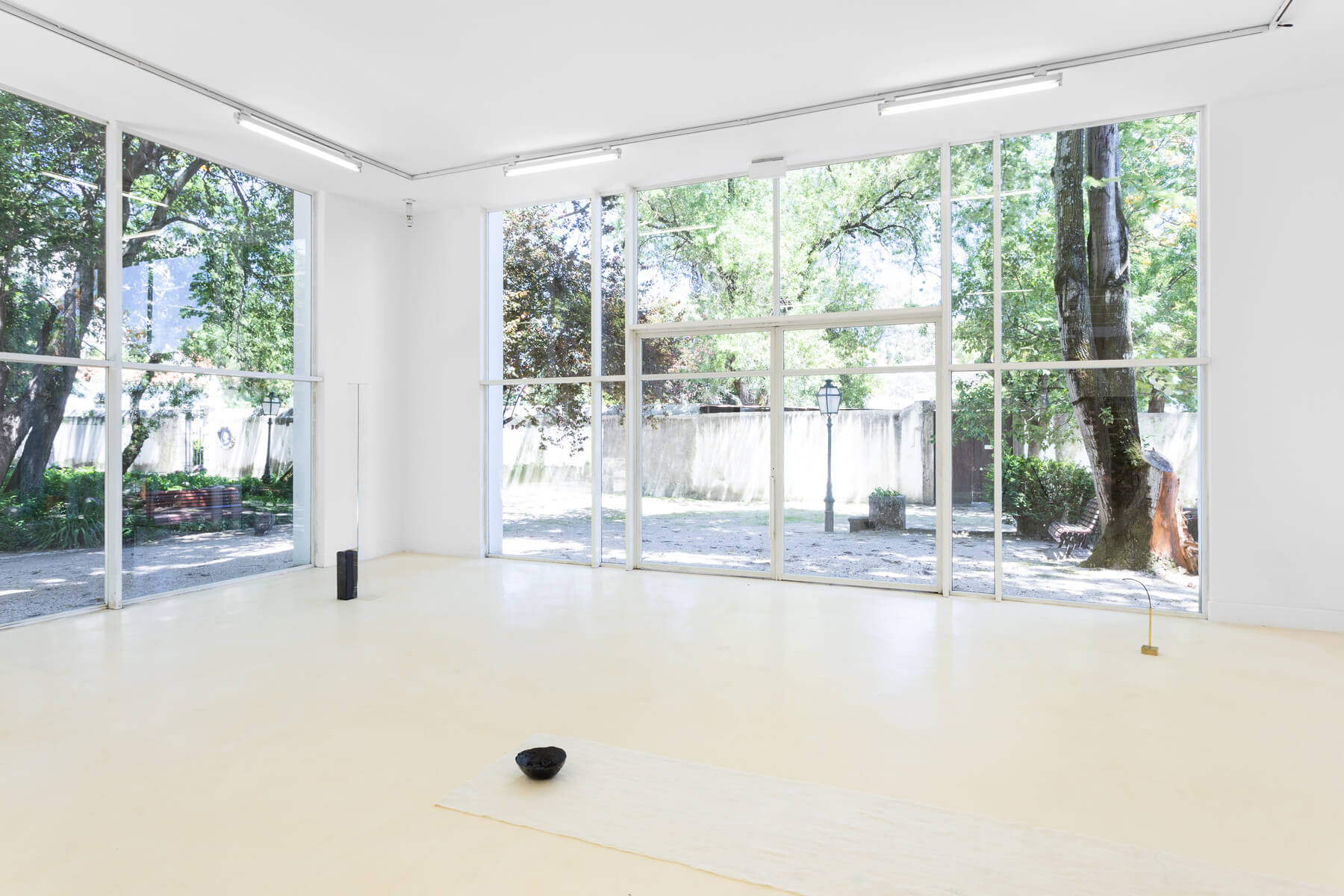 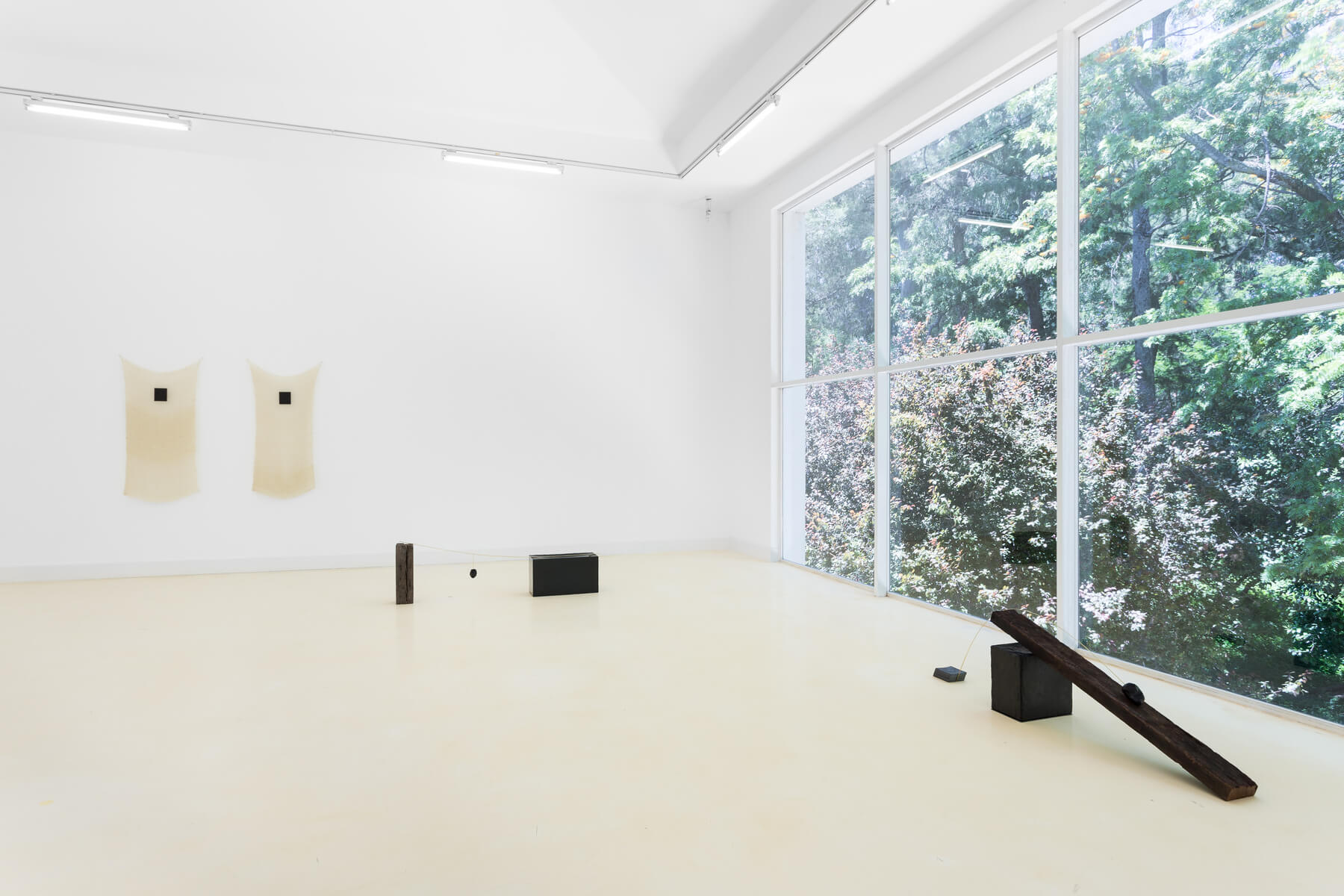 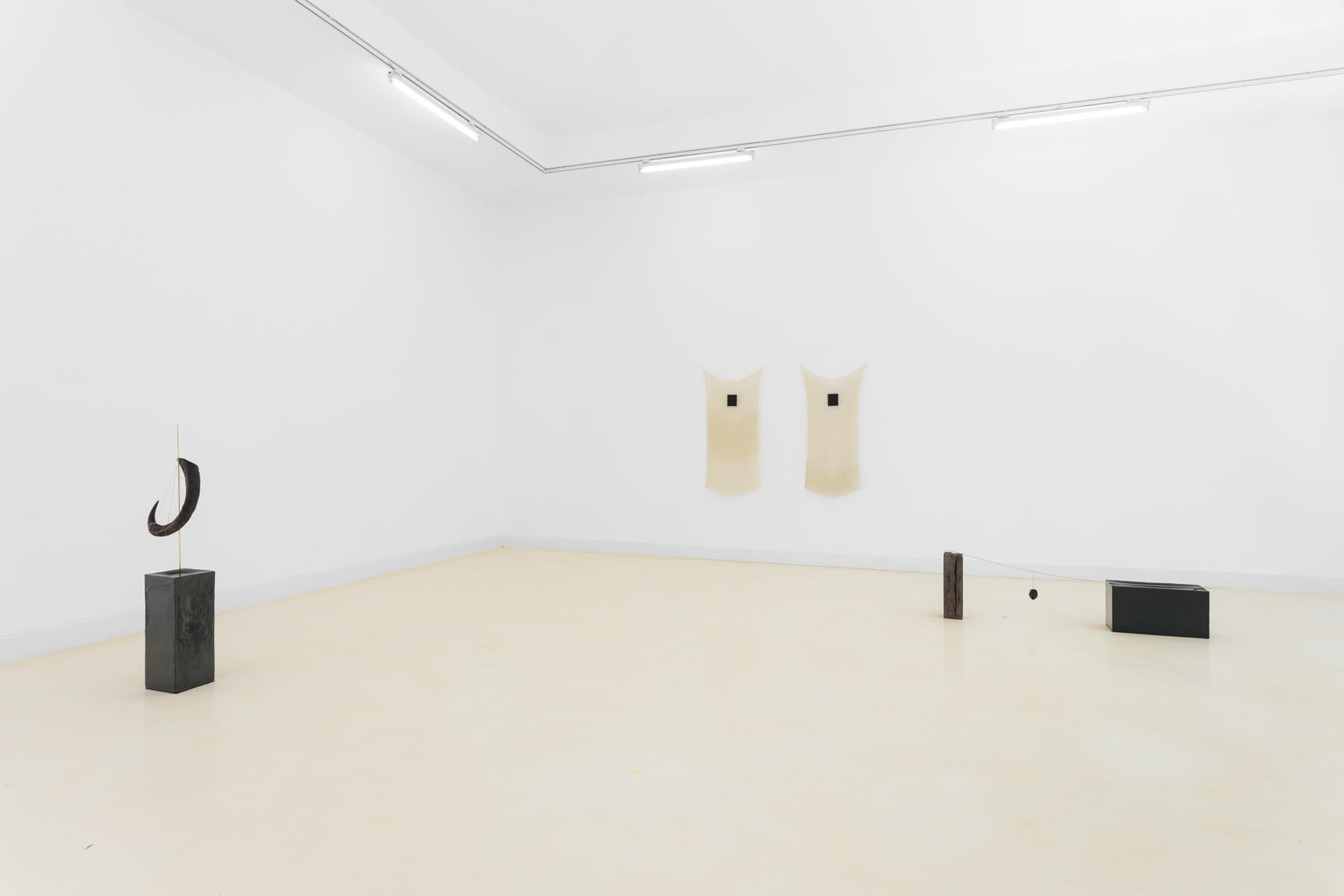 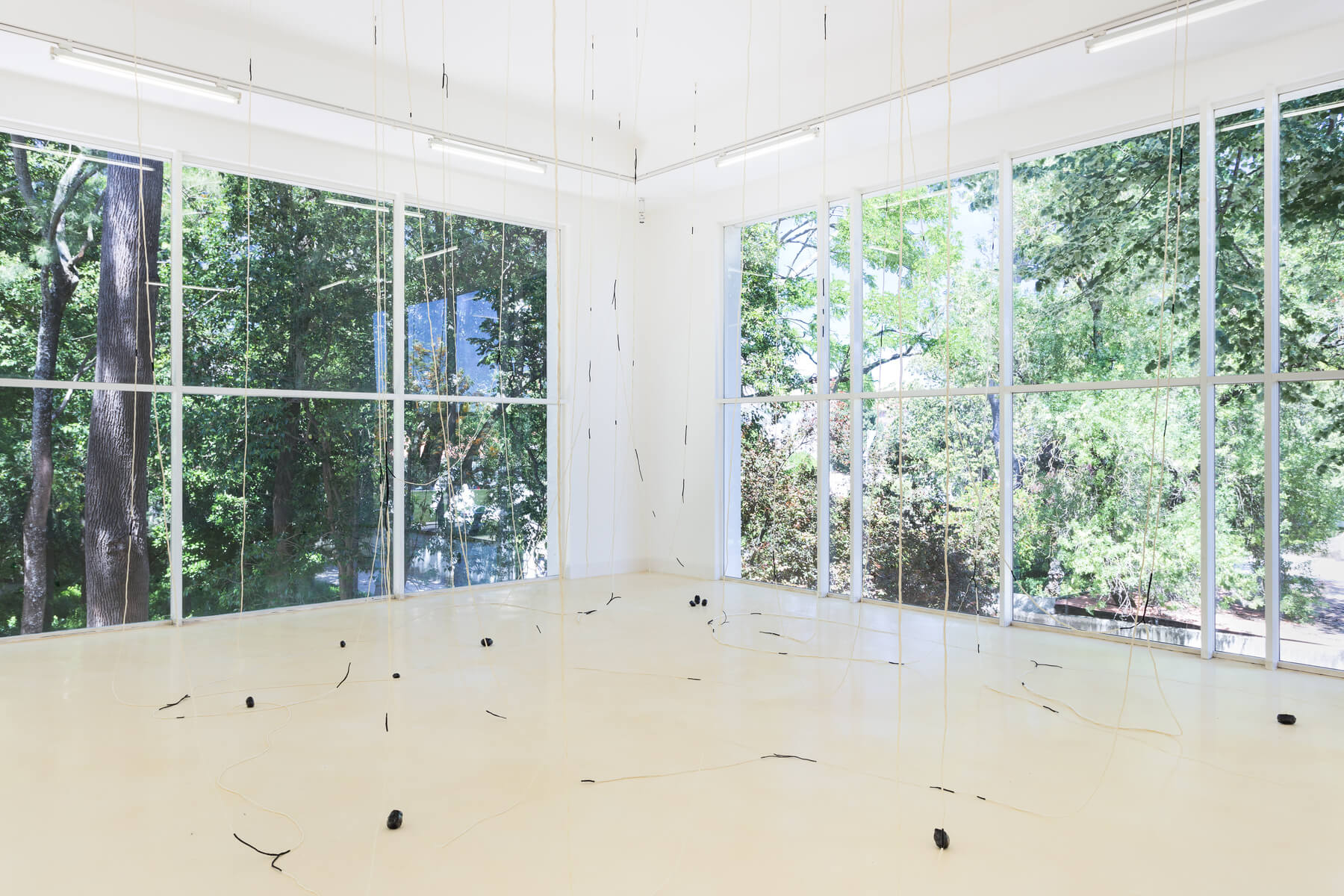 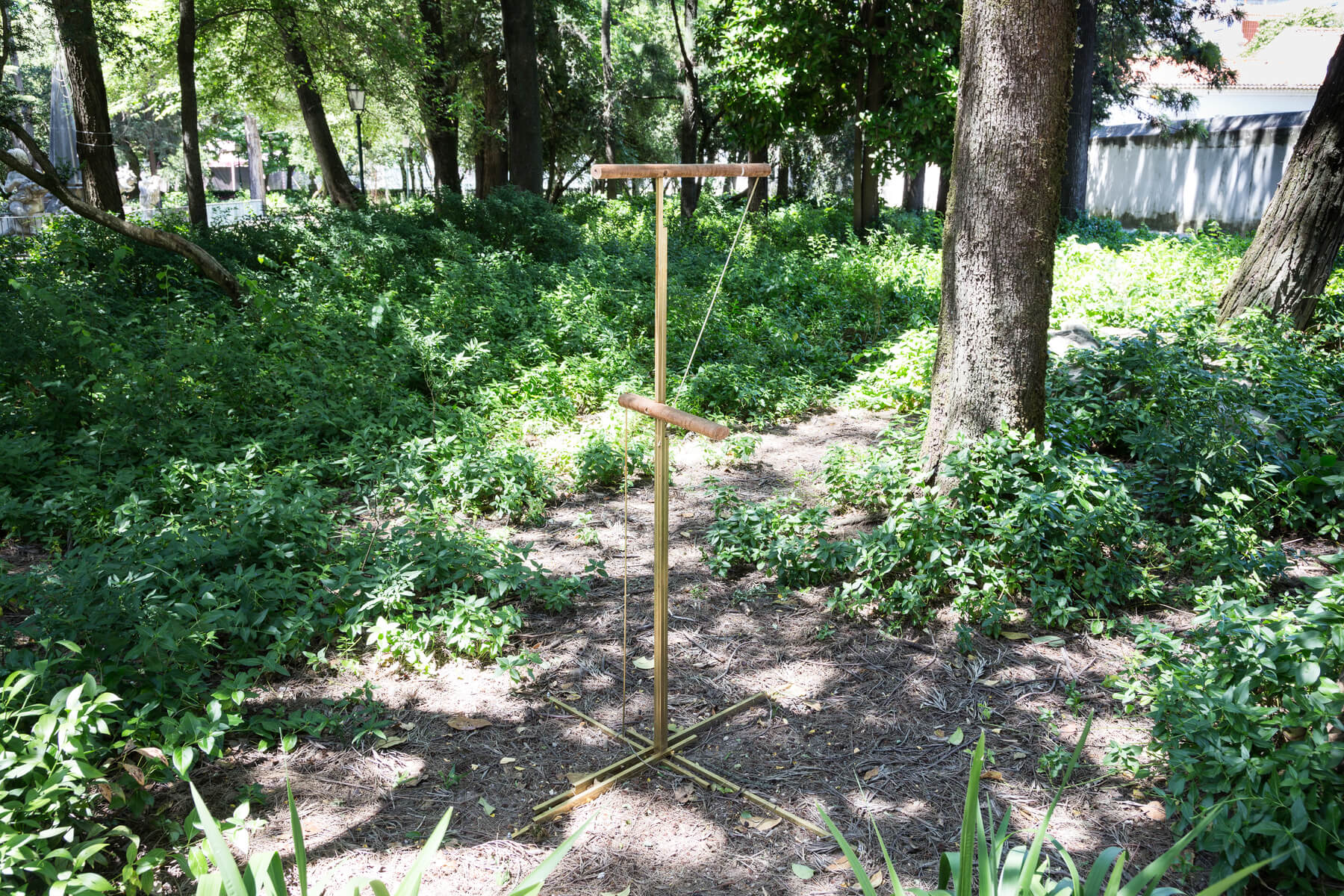 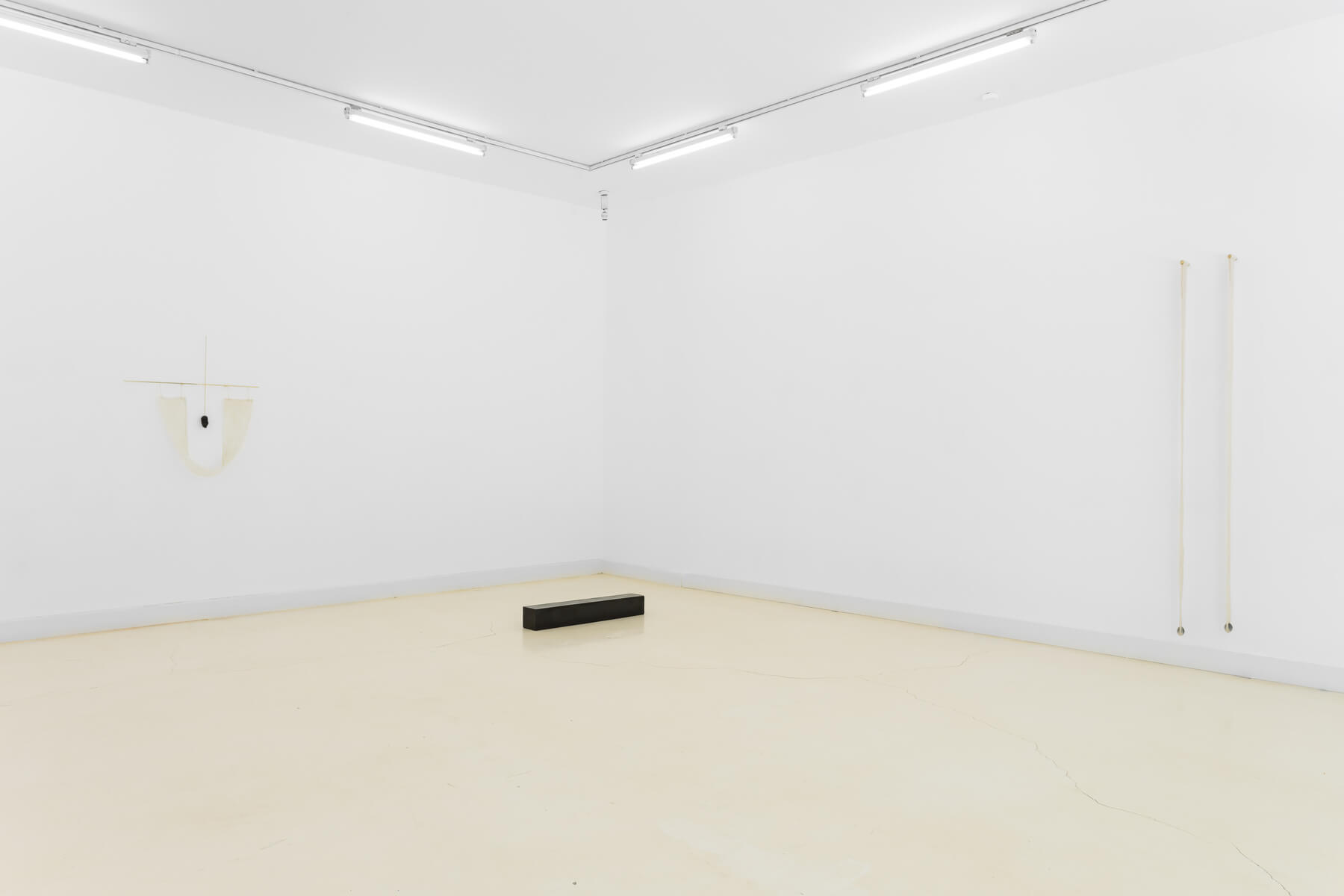