Haiti o Ayiti, `high land,’ was for thousands of years a Mecca, a sacred territory, a place of cosmic charging for the Taino, Arawak, Marien, Magua, Maguana, Higuey, Xaragua, Ciboney, Lokono, Inwiti and Lucumi populations, among many others. It was there that European tribes invaded in 1492, starting the Hecatomb of colonisation and Maafa. Among the many and continuous revolts that mark the last 530 years, there was Bwa Kayiman. Multiple in space and time, Bwa Kayiman was a congress, a war council, a dance gathering and Vodou ceremony, organised by an African priestess and which gave rise to the triumphant Haiti Revolution, in 1791. With the Haitian Revolution, projects and fantasies of emancipation, mistè, and anticolonial resistance converged on an island. But the horizon of this imaginary has resonated far beyond. From Rio de la Plata to New Orleans, freedom fighters have found a common source of energy in Haiti. This environmental program pays tribute to the history of resistance and the cosmic richness of the island of AYITI. AYIBOBO!

YENE – dance experiment in homage to Haiti’s cosmic wealth, part 1 of 3. YENE is an Austral/Astral entity that, with its immensity, crosses oceans and navigates between worlds like a beacon.

4.06
2.00pm – 6.00pm
LABALÈN – dance experiment in homage to Haiti’s cosmic wealth, part 2 of 3. LABALÈN is the great invisible, mistè, coming from the depths of the seas and the skies, a first astronomer and cosmic poet.

25.06
2pm – 6pm
LASIRÈN – dance experiment in homage to Haiti’s cosmic wealth, part 3 of 3. LASIRÈN personifies the cabalistic extremities of water or waves, both aquatic and musical. LASIRÈN represents the mystery of sacred music.

Leandro Nerefuh (M’Boygy, 1975) is an artist and art historian self-inscribed in the tradition of brazilian constructivism. Since 2009, Nerefuh has been developing a method of formal translation of historical narratives into scripts and environments connected to the geographies of Ameryqa and the Carribean.

Cecilia Lisa Eliceche (Wallmapu, 1986) is a mother, dancer, choreographer and campesina. They are traversed by more than 500 years of colonialism in Abya Yala and inspired by ancestral times outside of linearity. Some of her works include “Unison”, “The Ghost of Lumumba” and “Caribbean Thinkers for a New Europe” and “Haiti o Ayiti”. Cecilia is thankful to Houngan Jean-Daniel Lafontant, Egbomi Nancy de Souza, Janet Panetta, Weichafe Moira Ivana Millan, Heather Kravas, Leandro Nerefuh and Dr.Kyrah Malika Daniels for profoundly influencing who she is and the work they make.

Emily da Silva (Porto Alegre, 1997) is an artist. She began her dance studies on the outskirts of Porto Alegre. During her adolescence she directed her studies towards contemporary dance. In 2019 she moved to Northern Cyprus, where she deepened her studies in improvisation, technique and autonomy in dance. In 2020 he moved to Portugal. Resident in Lisbon, she believes in a peripheral, independent and collective path to build an artistic trajectory. Currently, she is a member of the SELVA Collective formed by emerging immigrant artists in Portugal.

Admila Cardoso (Cape Verde, 1996) is an enthusiast of nature and creation. Her work with theatre and dance as well as cooking, social entrepreneurship and regenerative nature, permaculture gardening, design and sustainable construction, and ceramics is always characterized by experimental approach. 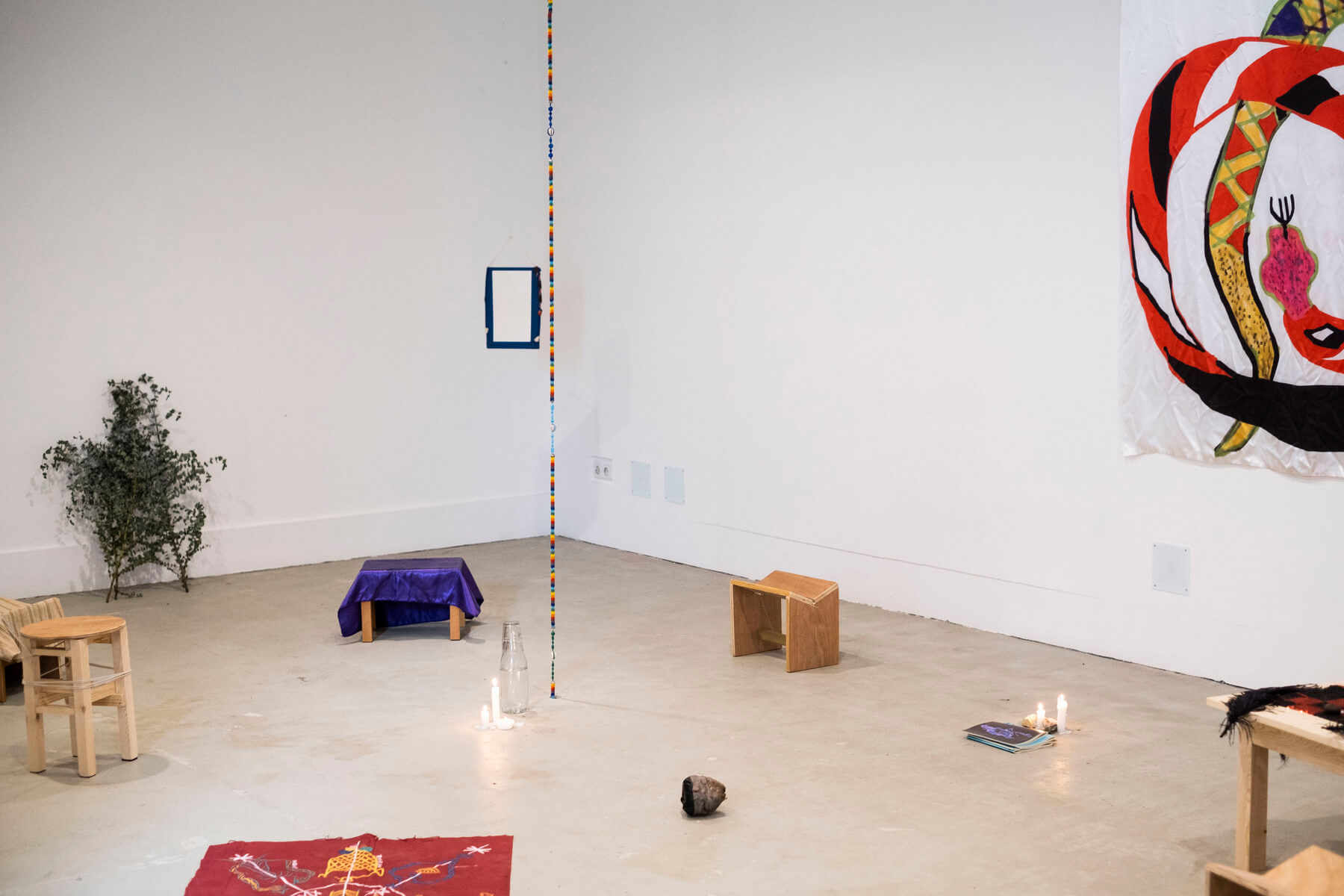 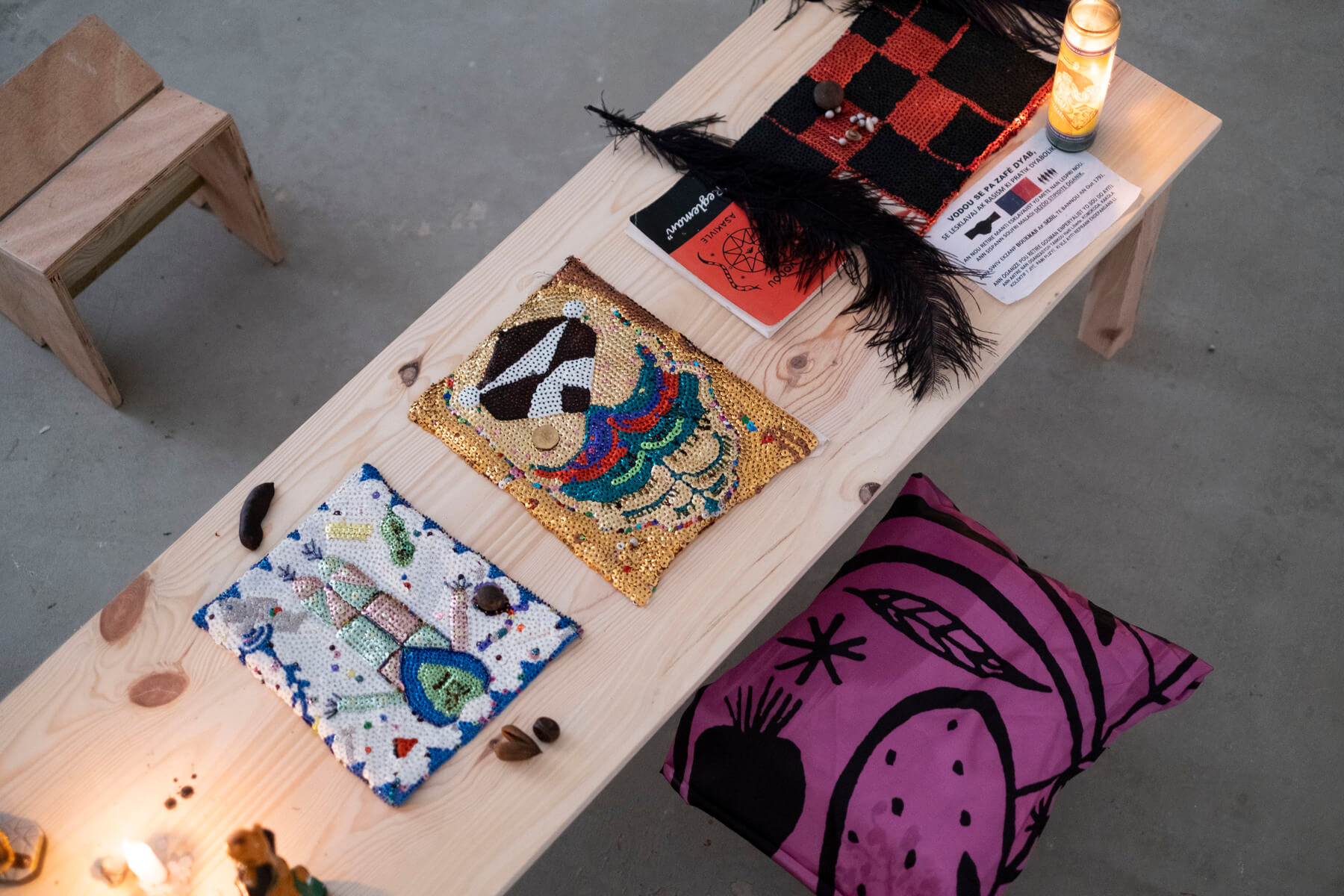