The World in Images – Essay for Under the Ground As part of a displacement that it as much of the eye (of the visible, of that we are given to see) as it is of the gaze (of the visual, of a visible ordered by human vision[1]), acts of seeing seem to form simultaneously as biological-organic entities and agents of subjectivity, and are subjected to a number of possibilities defined by the mutating visual modes of the culture of each period in history. This is what Martin Jay defined as a “scopic regime”[2]: the particular behaviour of the visual perception of a society, resulting from its social, historic and cultural practices and values, where the observer is someone who sees in the context of a number of possibilities tamed by a system of conventions.

In this context, growth in the development of technological resources has given rise to new forms of visibility, which can also be linked to concepts such as Anthropocene and Technocene. These concepts identify a terrestrial period in which human activities have a global impact on the functioning of the planet’s ecosystems – in which the geological deep time is corrupted by human convenience time. Jean-Luc Nancy termed this inextricable dependence between the natural and the technological, between ecology and economy, eco-technology. The needs and representations of Nature seem inseparable from a set of technological conditions. From this perspective, technology is today constructed using the raw material of nature, incorporating minerals, rocks and metals in its technological devices, while at the same time that very technology drains natural resources for its own ends. Geological matter has thus become pertinent to the understanding of our technological situation. It has also rendered labour-related, neo-colonial, social and ecological costs and realities in these seemingly virtual and immaterial activities visible. Beyond this temporal matter, we know today that the Earth’s huge deep time scale moves not only under the ground, but also relates to that above us, considering that geology and astronomy are in sync with the scales of the planetary and the extraplanetary, both in terms of space and time: “Telescopes are machines of time travel as of space travel; we could call them paleoscopes.”[3] Accordingly, thinking from the point of view of the Earth, and its deep time, can be a critical form of reflection on the fleeting and disquieting temporalities of the contemporary periods in economics and technology.

Proceeding from a different double condition, Jussi Parikka coined the term medianatures to describe the fact that contemporary media are made of geophysical material and, at the same time, that it is through these media that some of the knowledge and imagery we create about nature are made perceptible, namely through technical visualisation and sonification processes: “while media lead to exploitation of raw-materials in order to bring them into being, they also give shape and a voice to earth.”[4] On this matter, T. J. Demos speaks of a visualisation that is specific to the Anthropocene, which consists of a refined representational technology, composed of complex graphic systems, tables and satellite images. Given that the space-time expansion of geology has surpassed the boundaries of photographic resources, Demos states: “we have moved essentially beyond photography (historically and conventionally gauged to human perception) to remote sensing technology (scaled to global, even inter-planetary measurements). While visual imagery has been central, even integral to the process of conceptualizing the Anthropocene, scientific popularizes rarely evince awareness of, let alone educate their audience regarding, the use of such imagery.”[5] Nonetheless, Demos argues that the images used to understand environmental transformation phenomena lack transparency, in the sense that not only do they assist in illustrating geological concepts, but they also contextualise such concepts in a political fashion, even though they are rarely assumed as such. In this sense, it would appear to be the visual culture created by the artists that can best act critically on this situation “raising awareness of the impact, showing the environmental abuse and human costs, of fossil fuel’s everyday operations, mediating and encouraging a rebellious activist culture.”[6]

The way in which this contemporary technological and ecological situation has framed certain ways of seeing and certain policies of representation is reflected in the argument by Amanda Boetzkes. She states that the Anthropocene (and also, by appropriation, the Technocene) is primarily a sensorial phenomenon that has to do, simultaneously, with the experience and forms of visuality, where art is the form in which this “ecological perspective is incorporated into vision and becomes a visuality. That is to say, art does not simply make ecological information and scale available to the eye, but, more forcefully, it consolidates a cultural orientation – a way of seeing”[7]. Boetzkes terms this mobilisation of the visual ecologicity, a concept which is put into practice through a constellation of neurology, ecology and visuality, and which endeavours to create the formulation of a cognitive process that is staged and elaborated through art. The technological capacities of the new media thus become an integral part of said ecologicity, which is inscribed, likewise, in the possible mobilisation of a new visual capacity. Boetzkes’ text applies both the definition of visuality by Whitney Davis, as a form of seeing that is shaped by interaction with elements of visual culture. Whatever is visible becomes cultured in visuality, and visuality generally cultures what becomes visible. Boetzkes’ text also applies physiological theories connected with James J. Gibson’s visual ecology, which can be defined as the relationship between individuals and the environment that surrounds them through their visual system, i.e. the importance of the ocular system in interactions with the environment and how visual mechanisms are involved in processing information.

In this new contemporary technological paradigm, images thus seem to have become forms of thought. This, in the view of Irmgard Emmelhainz, constitutes a new type of knowledge that is based on visual communication and is therefore dependent on perception. This new type of knowledge in turn requires the development of the optical mind, to the extent that the “Anthropocene has meant not a new image of the world, but rather a radical change in the conditions of visuality and the subsequent transformation of the world into images”[8]. 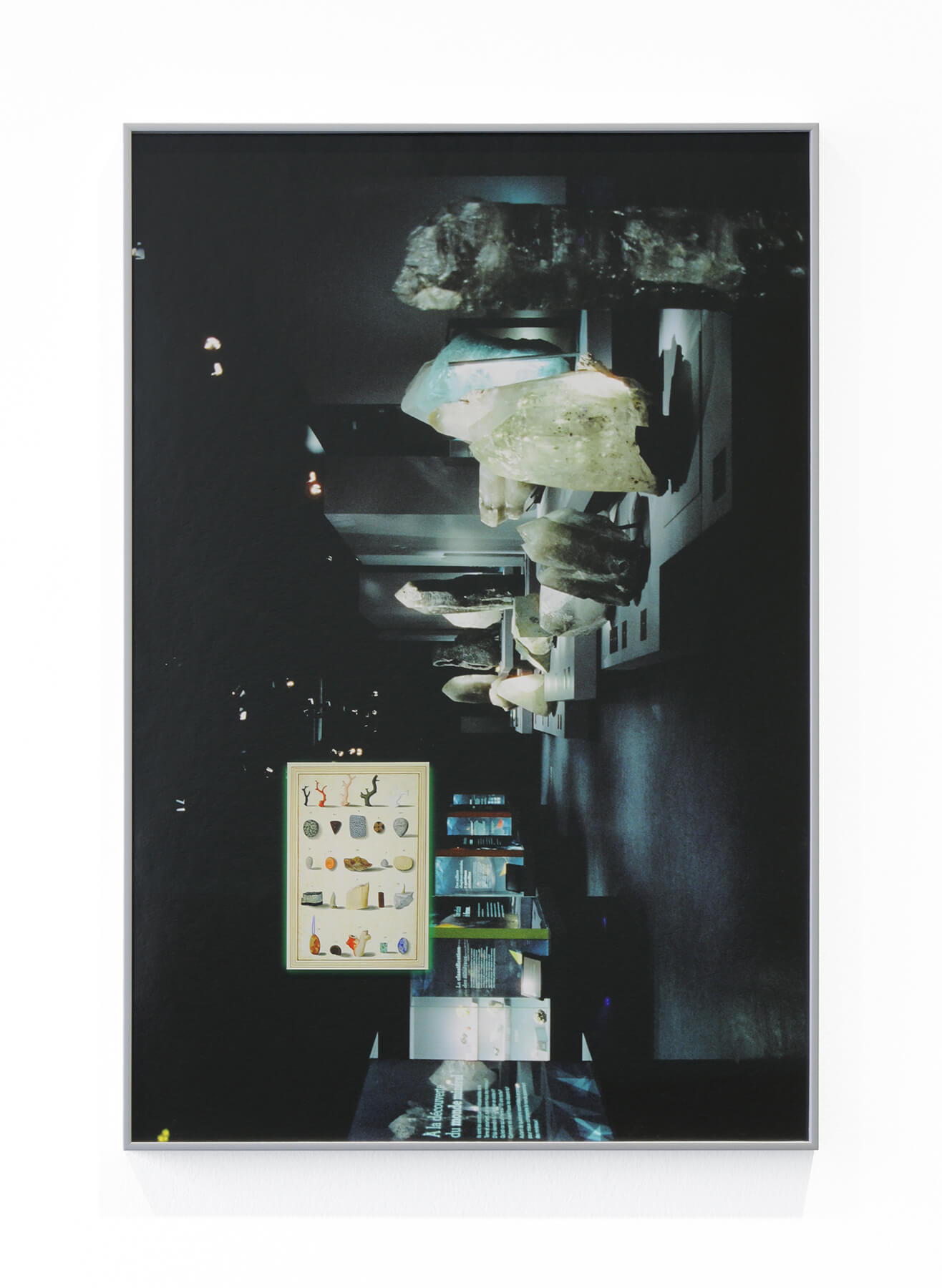